It’s marathon week.  Holy shit.  In theory, I know how that happened but how in the actual fuck did that happen already?  All the exclamatory swear words!!! 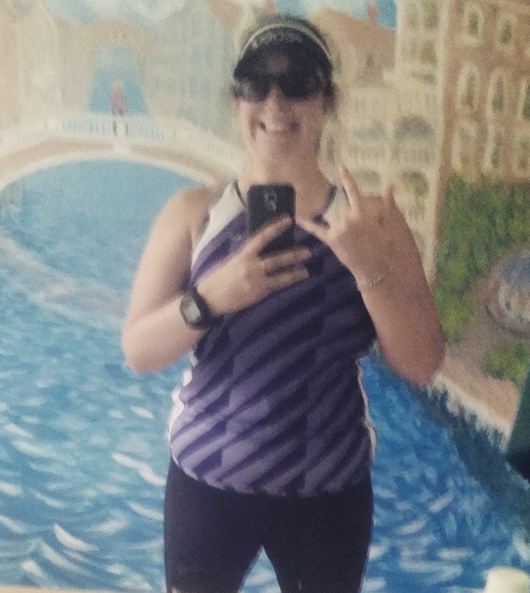 I wrote this big long post with stupid bulletpoints and basically including my shopping list and dates and times of what I want to do what and where and that’s just so not in the spirit of this training block where I sought out improvement and consistency with a vague intent instead of a detailed plan and executed pretty darn well.  So let’s back it up, flip it, and reverse this noise.

Let’s even go out of order and start with the goal I’d like to accomplish during the race.  How’s that for whatever the fuck I feel like? Ha!

It has nothing to do with finishing time.  I’ve visualized this multiple times and while the “I’m flying way faster than expected and PR by like 30 mins with ease” version gives me a few more smiles than “I went wayyyyyy to conservatively at the beginning and now I’m sprinting for 4:59:59” version, I’ll be happy with the result either way.

Yep, I want to run this bad boy with a negative split.  A very significant one.  Is that the fastest possible way a marathon can be run?  Probably not.  Is it the fastest way that I think I can run a marathon right now?  Possibly, considering it’s the way I’ve been running in training.  Is it going to be a great exercise in patience and mental fortitude and a feather in my cap and a tool in my belt if I can do it?  Absolutely.  So, for that last reason alone, it is my plan.

And, as they say, if you continue to do the same thing you always have, you’ll get the same results.  Each of the 3 marathons I’ve done, I’ve a) headed out at 10:30-11 min miles b) gotten discouraged because it felt really hard somewhere between 13-16 and c) walk/run to the finish significantly slower than I intended.

That’s made it so I’ve not run up to my potential in a marathon, or felt like I’ve *raced* one vs just completing.  It’s not even the walking.  I walked the hills in Kerrville last year, but I still feel like I finally raced it, and I wasn’t quite sure how to quantify it until just now.  It had nothing to do with the finish time, but looking at my splits, they were damn consistent.

I walked, but guess what?  I walked that damn hill every time, and I’m convinced that if it wouldn’t have been hot as fuck and/or it would have been flatter, I wouldn’t have had to walk at all.  I may have to put my money where my mouth is this year because I think the new trail is done and my excuses for not running the whole damn thing are gone.  However, I absolutely believe that at no point I had given up or blew up or started racing for a revised goal time or stopped racing for a goal time at all and that is what mattered. The fourth 70.3 was a charm. 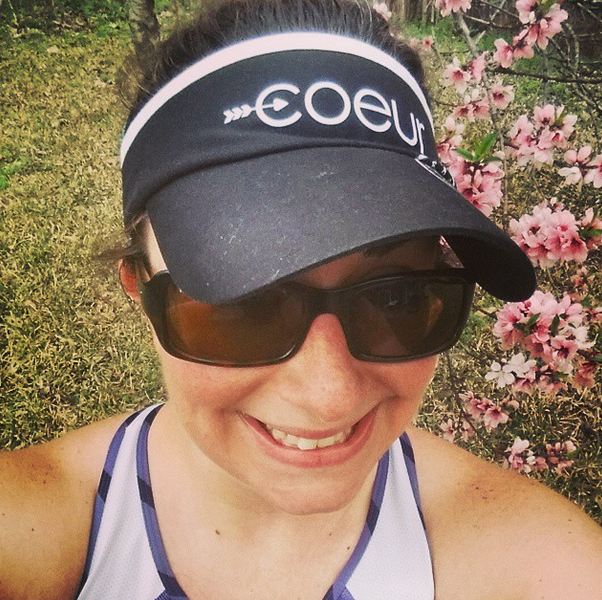 Here’s hoping the 4th marathon is a charm as well.  To that end, I want to take my normal plan, flip it, and reverse it.  I don’t want to even think about *racing* until the last 1/3rd.  Here’s the current plan:

13.1-17 – Transition period.  Still not a pace target, but here’s where I start paying attention to cadence (as close to 90 as possible).  Heart rate can climb a bit but should stay under 160.  Caff gel around 14 to stave of the 15 mile crash.  Headphones on sometime during this period, but leave them off as long as I can stand it because that is one of the boosters on my rocketship to fire (and I don’t want to fire them too early).

17-20 – Start the kick.  Leave behind the heart rate/cadence screen and start paying attention to the pace screen.  If all goes decently well, I expect to be around 11:15 avg when I finally flip it over, but whatever it is, it is.  The goal here is to start targeting each mile to be 20-30 seconds faster than the average pace.

This is a fairly detail heavy plan, and I’m only laying it out this much because there’s a lot of time to think in 5 hours of running, give or take, and it may help me to have a focus.  The simple plan is: a) run the first half super easy and b) ramp up the next quarter comfortably hard and c) run the last quarter with all you got.

It’s entirely possible this plan could roll me over the finish line with a personal worst.  I would really like to have a marathon PR that starts with 4 instead of 5 and I’d love to have an average pace that starts with 10 instead of 11, but those are secondary goals. Successfully executing on a race plan will be worth it even if I don’t meet any other standards.

There are things that terrify me about this race and situation.  Obviously, leaving the kick til the end is risky.  What if I can’t do it?  It will be a challenge to hit under 5 hours and I’ll have flubbed my plan if I go out slow and find I can’t speed up to finish.  All the niggles last week from my legs waking up are normal but damned if they don’t get my brain in a tizzy every time.

The weather is both a source of frustration and joy.  Unless weather.com throws me a curve ball, it will be the best conditions I’ve ever had for a major race.  Right now, Friday night is supposed to be a low of 37, so it should start in the 40s, I presume.  The high that day is 60, it’s supposed to be cloudy, and breezy but not gusty or super duper windy or rainy.  However, they day before is significantly cooler and the day after is significantly warmer and rainy, so things could definitely change as weather patterns solidify.  I just really would like to set aside my race clothes, please!

With all the unknowns and pre-race nerves and things to consider aside – I get to spend my morning running through a gorgeous 25 miles (and about 1.2 miles in a mall, LOL) of The Woodlands, TX with people there to fill my handheld and give me gels if I need it and cheer for me and celebrate 5 solid months of consistent and regular running this winter.  You can’t knock that if you tried.

Just a few more (as long as possible) sleeps, short runs (with as much stretching and rolling possible after), and a short road trip, and it’s go time.  Let’s do this!

Coming Soon to a Blog Near You