It’s no secret this is my least favorite time of year weather-wise.  Dark early.  Cold.  Just wanna snuggle with a blanket unless I happen to be running. 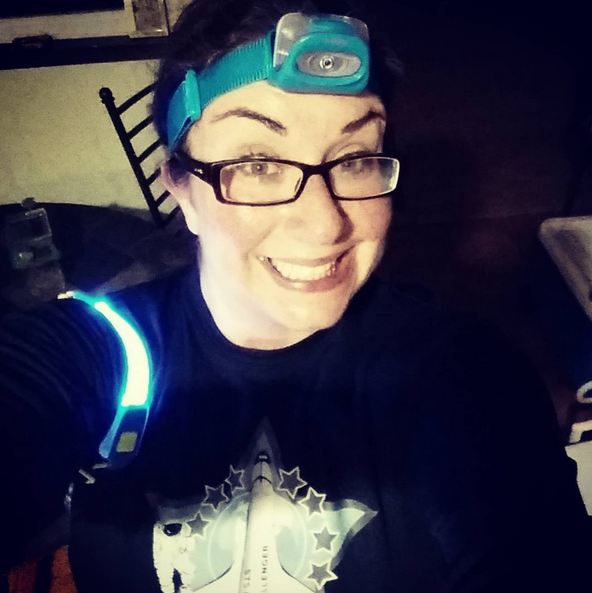 Headlamp, you my only friend….

However, this is one of my favorite times of year at work.  We’ve all had a break, so we’re less stressed and more clear headed.  We’re talking about possibilities, planning, and doing creative thinking.  I’m so excited where we’re at and what’s to come, I just came out of a meeting with such JOY, it was silly.

And to think, Sunday night, I was wondering if this was still the right fit for me.  If I was maybe just so burnt out that my candle still felt extinguished after 20 days, maybe it was time to move on.

I tend to forget that I have a thing with inertia.  A me in motion stays at motion.  The way out is through.  Keep on keepin’ on.  That’s what I do.  But, once I’m at rest, there I am.  And it’s usually for the good.  However, I’m not the kind of person that either springs out of bed or explodes back from vacation saying “I’m ready world, bring it on!”.  It takes forcing myself to put the costume on, and go fake it for a little while before I’m like “hey, I actually DO love this”.

The future was stealing joy from the present.*

It really hit me yesterday when I was getting crunchy about being scheduled TEN meeting the week we’re back.  I listed them out on my to do list and realized that most of them were actually awesome meetings to collaborate on new stuff that I’m really excited about.  I immediately re-framed my thoughts to, “I’m excited that I’m part of creative meetings where my opinions matter” and felt much better.

One of my least favorite (and thus I know, probably most beneficial) runs is a tempo run.  Y’know, set the pace at not completely ball-busting but certainly not comfortable, and then just pitch your tent there for miles without a rest.  I haven’t had the mental oomph to try one of those for quite a while and on Tuesday, I thought… rock and roll, let’s do this.

Instead of counting down the tenths of a mile or the seconds or whatever, I spent the time trying to focus on different things than the future.  How my stride felt.  How I was breathing.  Singing along with my music (sorry gymgoers).  Focusing on how annoyed I was with the fact that the rock wall in front of me didn’t have a foothold in the center of my field of vision.

Sure, I spent some time visualizing the course I’ll be running in 2 weeks, but that was pretty positive as well, so I’ll take it. 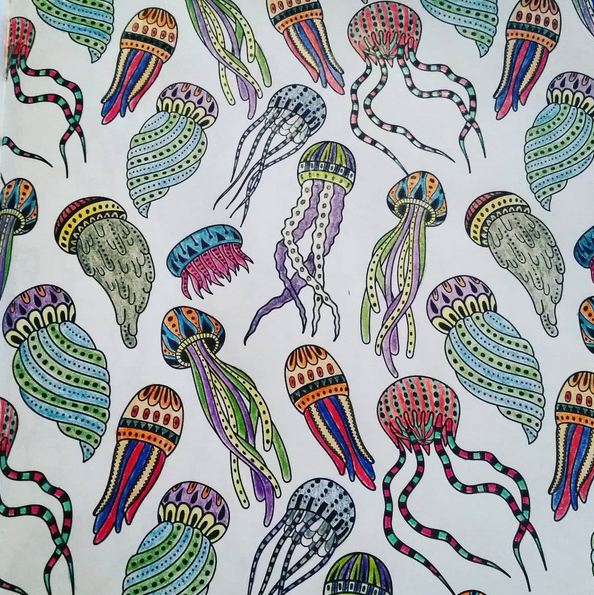 In the latter part of 2015, I somehow had shifted my attitude that everything between awakening in my bed and finally plopping myself on the couch for the day was a mere task.  Something to check off, to spend as little time and attention on as possible while still completing it.  Somewhere in there, I forgot that I love pretty much everything I do, even if it’s on the must-do list, and even if sometimes there’s just a little too much of it.

So, my intention is to stick with that.  Keep my head in the present.  Realize that joy is in the doing, not just the coveting something that’s going to happen get here already.  Consider that by spending time fantasizing about the future, I’m robbing this very moment right here of it’s significance.  And that sucks.

Not to say that I won’t ever look forward to the future.  Mile 12.5 of the half, I’m absolutely going to have thoughts of the finish line.  Two weeks before a vacation, I’m going to blissfully start packing lists and counting down and dreaming about beaches.  That’s not going to change, nor should it.

I think the best first step is in the day to day.

Work is not just a roadblock between waking up and whatever else I’ve got planned that day.  I’m doing a job I’m a great fit for, I’m important, I get to be creative, and when we remove a bit of the stress from the equation when things are piled on a little too thick, I rather quite enjoy.

Training is something else I love.  I need to not get caught up in the fact that it’s something I HAVE to do.  It’s something I chose to do.  I also get caught up in the “well, if I didn’t have to work I’d work out all the time” theory.  I didn’t cram a million hours of training into my 20 days off.  In fact, I didn’t do that much at all.  I logged 40 hours my last week off, but that took less than 7.5 hours and that was ALLLLL I did.  It’s interesting to fit it around work sometimes, but I prioritize it because I love it.

And in these realizations, my head is so much more quiet.  The last two nights, I’ve fallen asleep so much easier than I have in a while.  I’ve not wanted to drink out any frustrations, or just skip to the weekend, please.

Someone may need to remind me of this when I’m in the thick of it, but I think my mantra for at least early 2016 is “Joy in the Present”.

*At first I felt awesome about coming up with this, but then I felt like I may have stolen it from somewhere – google had no love.  If I took your saying, please let me know so I can credit it!