Hippo Hunting and the Death Star

My focus since I returned from vacation has been on becoming a confident and adept cyclist. 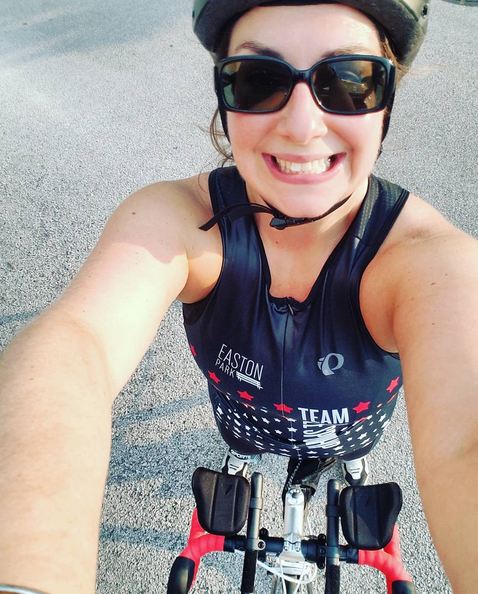 As well as a confident and prolific picture taker…

I’ve commuted.  I’ve done errands. I’ve even ridden on busy streets SOLO when my Zliten had other obligations and while people definitely pay less attention to one cyclist than two, it was not nearly as terrifying as expected and totally doable.

I’ve ridden a few times now with 3-4 other people, though I have yet to tackle a true group ride with the cycle team (baby steps).  I’ve ridden in lots of traffic YES EVEN IN THE CLIPS, and I’ve ridden a new bike through Sunday noon downtown traffic up crazy hills somewhere I’ve never ridden before, and only had about 3-4 heartattacks doing it.

Let’s talk about that new bike, ’cause that was another one of those #projectspring goals.  We finally pulled the trigger on our new tri bikes.  Isn’t she BEAUTIFUL? 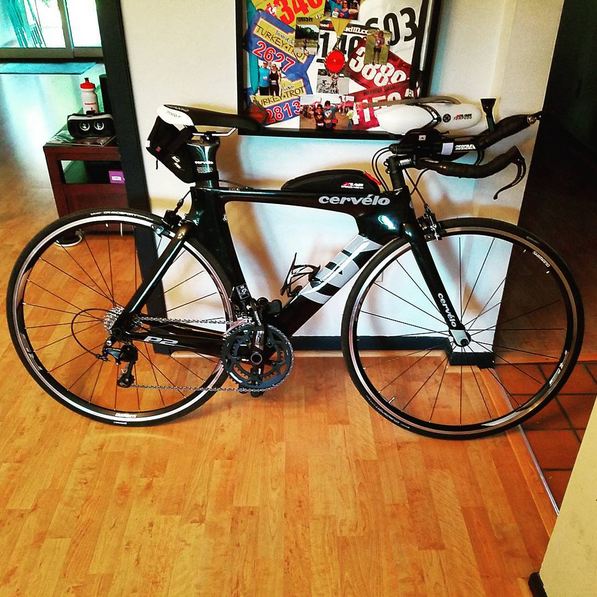 It made last weekend CRAZY hectic, and it meant I had spent approximately ONE waking hour at home and awake before 4pm on Sunday.  The good news is that we both fell in love with Cervelos at the same shop, and they had our sizes in stock, so we were able to shop and fit them on Saturday, and test ride (for about 40 minutes, not just around the lot), adjust, inspect, deck them out with accessories, and bring them home Sunday.

Halfway through yesterday’s ride, I finally learned how to shift out of big ring.  So, I’m going to need some time to get to know the new bike, which I currently have named Death Star.  TT bikes feel so, so, so much different than road bikes with aero bars.  Let me count the ways…

So… yeah.  New bike 7 days out from my race? #doasisaynotasido  The good news is this is a race in name only, and more of an excuse to meet up with friends, show off my new kit/bike/aero helmet, and see how entirely out of shape I am.  It’s a perfect introduction of all the new stuff to my triathlon experience – at a super low stress race, where I know the course like the back of my hand.

I may do something else if I feel great, but as it’s still offseason, my plan for Saturday says word for word:  shakeout something in the AM (20 min run or ride or both) or not.  So that is how we’ll roll into Sunday.

This week in the four week cycle is not typically a place where I make much progress, but I also didn’t help that along a lot. 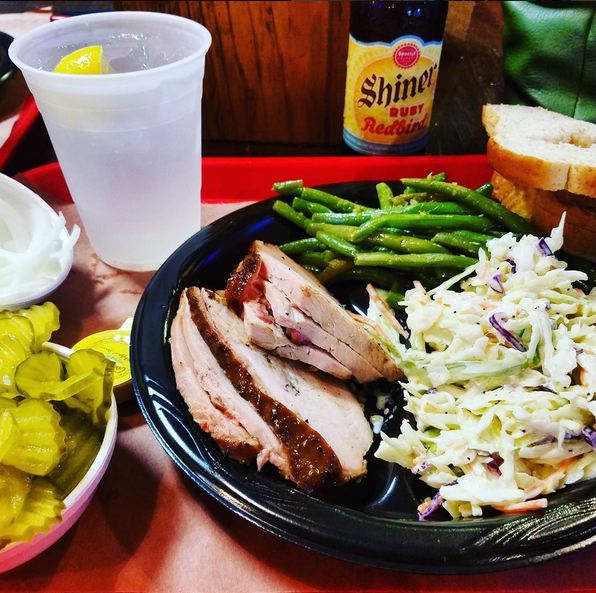 Early in the week, I found myself working really hard at training, and then not being able to eat enough to even get up to -1000 under.  Then, I backed off training and ended up closer to flush than normal (-400 one day, -600 another) at the end of the week.  Then, over the weekend, I was so mother flippin’ busy I forgot to track, and it’s probably not worth it now.

Those little habits, the ones that make all the difference, slip away so quickly, even when I think I have them conquered.  So, here’s my intent for the next week.  It will probably look very similar to other weeks, but let’s state this for the record.

If I can hit these, hopefully I’ll start chipping away at the next 5 lbs.

This last weekend and next week just happen to come together to be cray-cray.  All good stuff, but I don’t really have any time to relax until after I hit that finish line at the Pflug.    I think it may be time for a “recovery week” from my little bitty ramp up in training the week after the race – it may not sound like much, but I’ve been consistently hitting 6 hours a week just doing whatever.  I plan to focus real hard on important things like the waterpark, the lake, and other such serious business.  However, until then, eyes on the prize. 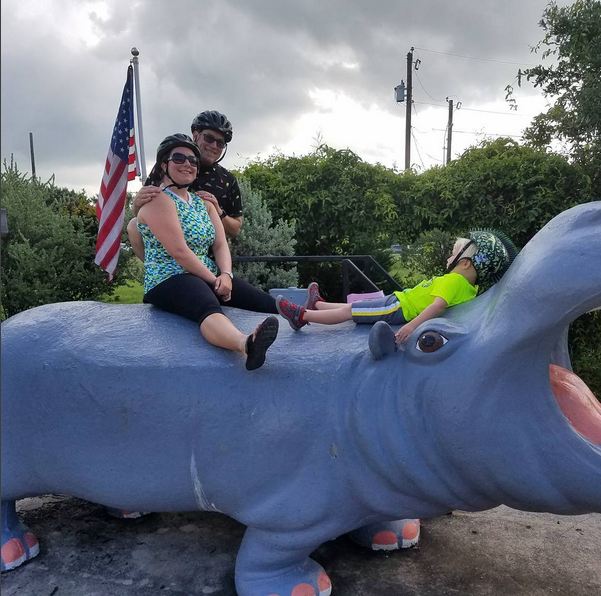 Henrietta the Hippo was a featured stop on the tour…

Saturday, we were up at 8am to go hippo hunting in Hutto, that is, we rode bikes all over town, looking for the iconic hippos which are a HUGE THING there.  The rest of the day involved a quick trip to the water park (but it was too busy to be fun), bike shopping for three hours, dinner and a Tribute to John Williams concert with friends.  We left the house at 8am and got home at 11pm.  Sunday was mostly dedicated to bike shopping and test riding until the evening – where we realized we had to do all the chores and studying and stuff.  We forgot the part where you were supposed to relax.  Oops. 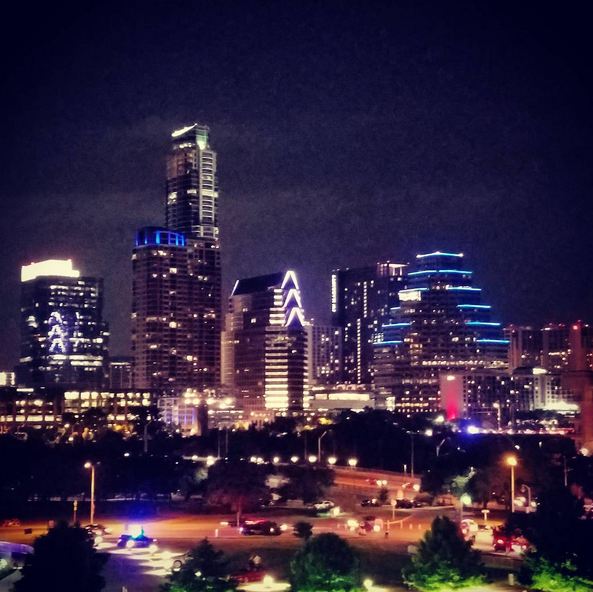 Spent a lot of time looking at this view.  Not my normal side of Downtown Austin.

The first part of this week is dedicated to riding my new bike and class and research.  Thursday is packet pickup and gaming after work in technomono for long hours.  Friday is prepping for Saturday, and Saturday we’re hosting both sides of the family for a grill-a-palooza.  If we were super serious about this race we wouldn’t have done this, but it sounded like a fun way to celebrate father’s day.

My goals this week are to:

Back to the real world to do stuff!  Happy Tuesday, internet!

So I’m racing a triathlon in a few days…