If you know me well, you’d know that errands are my KRYPTONITE.  I also hate, hate, hate driving.  I try to order as much as I can online and condense things down to a store or two at the most, and always as close to my house or work as possible, even if I’m not getting exactly what I want or spending a little more so I don’t have to spend hours in stores or driving around.

While I used to be a “shopper” when I was younger, I also didn’t have so many demands on my time.  Now, all I want to do when I’m off work or done with my run or whatever is relax… not fight traffic, look for a parking spot, deal with a bunch of people who are oblivious and not paying attention, and then wait in a checkout line with tired legs and watching my free time tick away. 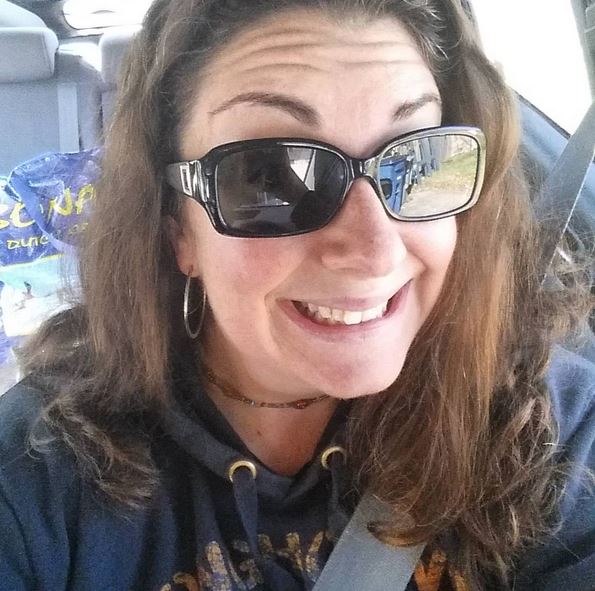 Proof I got dressed and left my house and drove my car.  I may have been wearing a sweatshirt and running tights, but at least it wasn’t PJs!

Today’s objective was a whole bunch of errands for both Holiday shopping and just regular stuff, plus a run in the middle.  I could have run around the house and gotten it done first, but I know me.  I would have put it off for a while waking up, and then after I would have showered and lounged on the couch, and then it would have been late and more traffic-y and I might have blown it off.  I also put on the list a place I wanted to eat for lunch (Parr’s Deli, great greek food) that Zliten doesn’t love as motivation to get my ass out.

I left the house around 11 (a little later than I wanted, but such is life), and had a bit of a false start when some dude almost plowed into me.  He had his blinker on and was slowing down, and then randomly decided not to turn and speed up as I pulled out.  Awesome.  However, it was not an omen.  The day actually was… dare I say… enjoyable?

I spent the day on missions.  I often get distracted in stores, looking at everything, and then I’m like – crap, it’s been two hours, I’m over this.  Not that I stayed COMPLETELY on task, I came home with a few extranous things, but I remembered today was about the list, not wandering.

Second, it was bright and beautiful out.  I think if it was gross out or dark I wouldn’t have been so happy.  I was looking forward to getting to my run so I got through my early errands quickly and then after my run, I felt pumped up and happy, not tired, and was on my way to finish up my list with a great attitude.  Breaking up errands with a destination run was a great decision!

Third, I forgot how much I love driving around with the music up loud singing.  When Zliten’s in the car, we have the music on super quiet or not at all and talk, which is nice, but I enjoyed my karaoke time.  In fact, I was a lot more patient waiting for lights because I was like, man, my jam’s on, I don’t want to be there yet.  I realized, like some people can’t walk and chew gum at the same time, I don’t drive and talk well.  Music helps me concentrate and relax at the same time.

Fourth, it was my only goal today.  I didn’t have fifty thousand things to do like normal and get cranky at the tasks for wasting my precious time.  This isn’t typically something I can replicate in normal, non-holiday break life, but maybe I can change my mindset (3-4pm is errand time, and that’s my focus) or something. 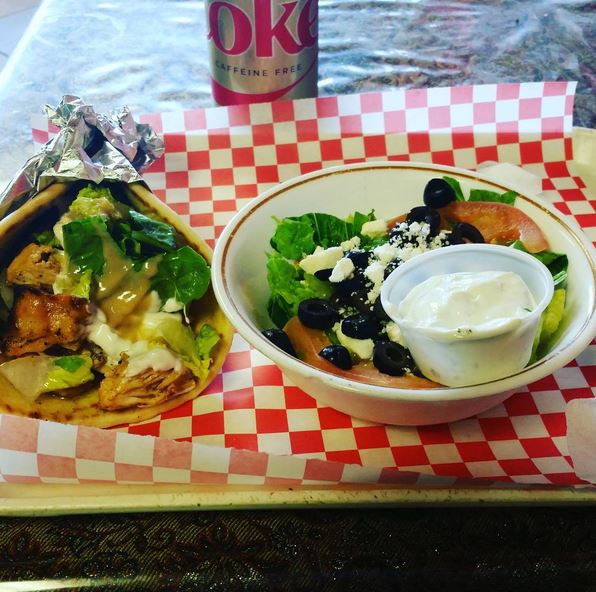 And finally… this was my reward… om nom nom chicken shwarma wrap!  They even had caffiene free diet coke so I could have a soda with my meal.  That never happens!

Over four hours later, I came home actually happy, not stressed.  For me, this was a magical day I was not expecting.  Now, I don’t think I’m going to be volunteering myself for a bunch of errands in the future or anything, but I think I may be able to find a way for it not to drive me crazy.  Sometimes.  Baby steps.

Now, let’s ask the audience: shopping – love it or hate it?