Ahhhh, offseason.  This week felt WEIRD but good.  I’m somewhere between not-so-sure I need these next 5 weeks off but know I REALLY need them off to hit this fall and winter HARD.  So, this training block’s goal is REST and FUN and a little dash of building habits. 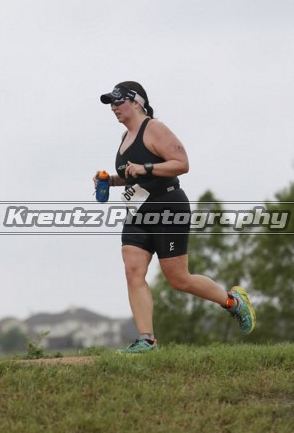 Also, had to share a Pfluger picture (no way I’m paying 20$ for that, sorry), and they kind of cemented the fact that I was doing all I could on the run.  That. pain. face. 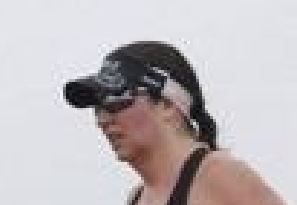 I’m going to go on the record, I liked finishing the last race on a Saturday last year much better, since I had a full weekend to relax.  Sunday just meant I came home, drank beer, ate sandwiches, and didn’t do much since I had to work the next day.  But, don’t get me wrong, it was still glorious.

8 hours of sleep, I probably could have used more.  Still kind of in a head fog.  Nothing feels weird yet since I sometimes take the day off after a race.  Work was busy but then I indulged in: 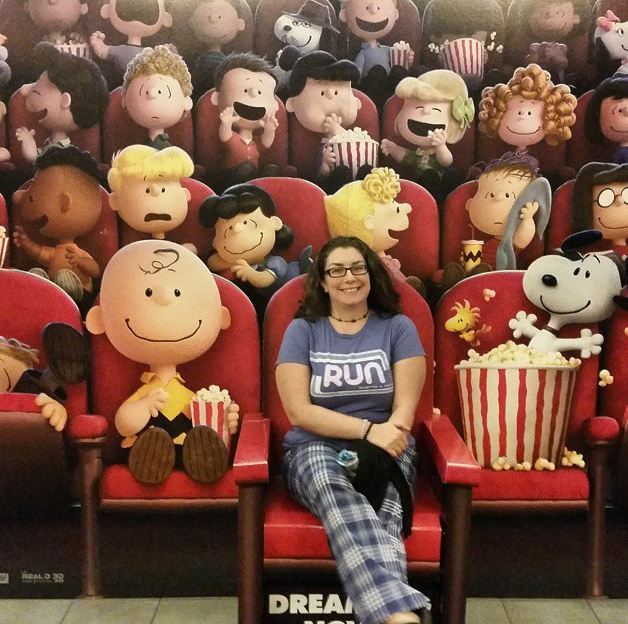 Slept like the dead and wanted to keep sleeping after 8.5 hours.  Head feels a little clearer, but two days of eating bread and crap is definitely making my stomach feel… bleh.  Back to better food today. My body had gone back and forth from feeling like it’s dragging a big weight, and sometimes sort of… fine.

I’m really busy today, so I’m not yet MISSING a workout, and it feels like a relief not to have to fit one in.  Though the idea of being in a body of water to swim sounds nice, soon. 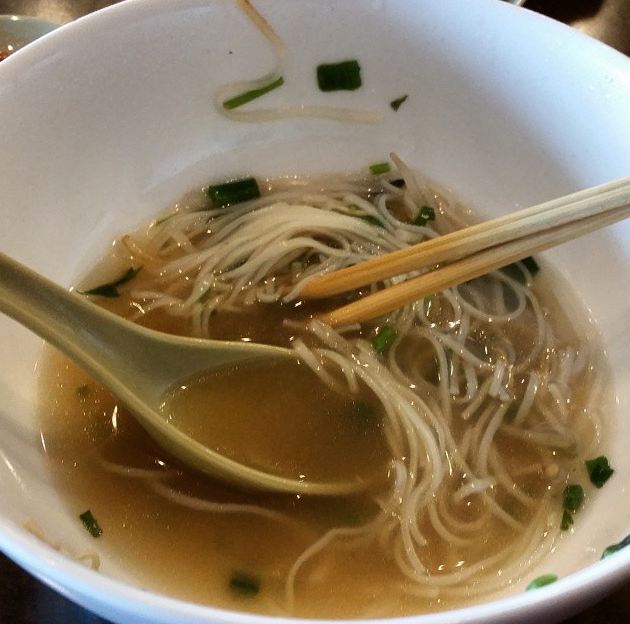 Today it really feels weird not to be training.  Oddly enough, my first thought about it is I miss chlorine, and I have wistful memories of running (but winter running, not in this humid hot soupy shit).  Work is pretty stressful, so it’s definitely a great week not to have any sort of training stress. 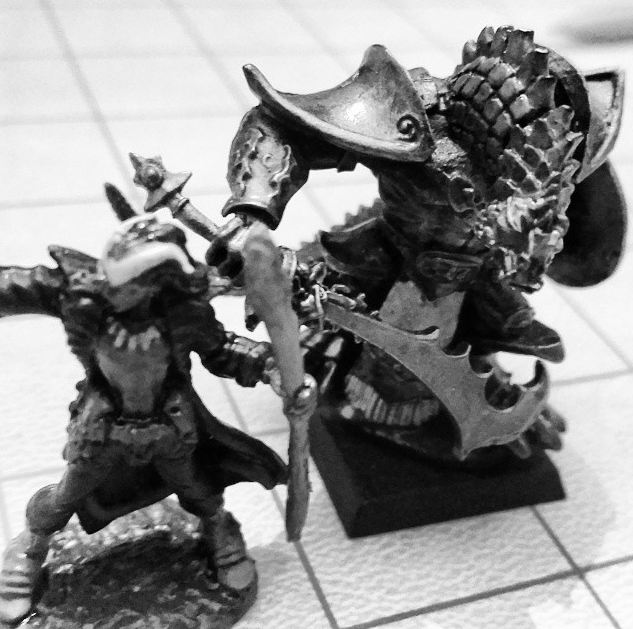 When I was in my 20s, we used to hit up Vegas a lot for vacations.  What do you do in Vegas? Stay up all night, and drink, and gamble, and other debauchery, day after day.  At least that’s what I did.  Somewhere in my early 30s, we shifted away from those types of holidays and elected to spend our time at the beach instead.  Days like today remind me why – staying up and having a little too much booze two days in a row just about SLAYED me.  There’s a reason I don’t do that anymore.  My head was so foggy I walked into the wrong office and started to have a convo with the wrong person at work.

However, it wasn’t all bad.

So happy for Friday.  This week was so busy, I was so ready to enjoy a weekend of just whatever the hell I wanted.  It ended up being very lazy, which was totally fine. 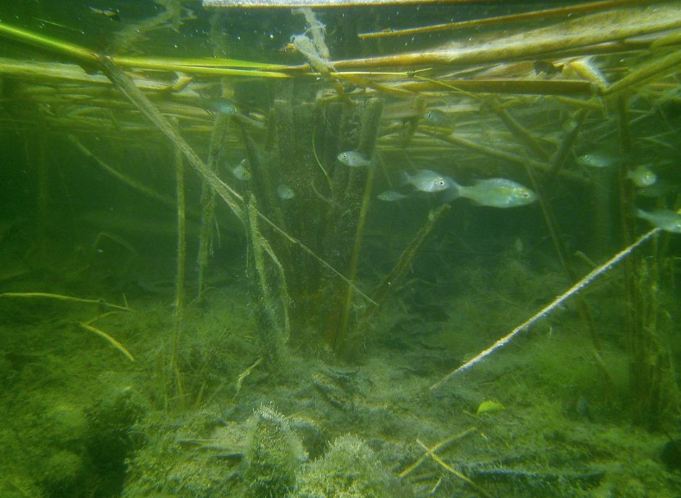 I really missed the water. I spent a whole 5 days since I submerged myself in something deeper than my bathtub, so we headed to the lake after work with my big diving camera rig to go explore.  The visibility was complete shit, but I was able to get some decent pictures because nice camera + BRIIIIIGHT light.  And I swear, time speeds up when I’m in the water, because I SWEAR it had only been 15 mins as we climbed out, and it was an hour later.

We had planned to go on a fun, no drop group ride Saturday morning to test out the Vector 2s, but Zliten’s right pedal was stuck, so we needed bike shop help, so we decided to skip it this week (it didn’t take too much arm twisting), and stay up and play video games and have a few vodkas. 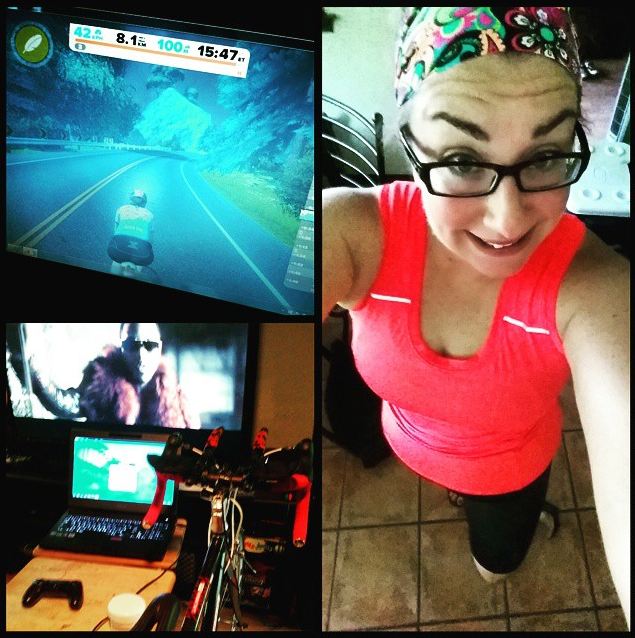 Today was about sleeping in and getting greek food for lunch and going shopping (spent WAYYY too much at the bike shop but hey, it was all on sale, right?) and then finally testing out our pedals on the trainer.  I think mine is overestimating power a bit (I wasn’t working very hard to hit my threshold pace but mayyyybe that’s a week of rest for ya?) and seems to not completely be picking up the right pedal (it clocks me at 60/40% balance when I was doing single leg drills that should register 0/100%).  But… I did get some PRs on Zwift and maintained the gal’s polka dot jersey most of the time.

Zliten grilled us some AMAZING fish and some slightly hockey pucked (but still delicious chicken) for dinner.  I gave myself the weekend to continue being unreasonable with the booze and I made it through all of two beers (ok, 4 Miller 64s, but that actually calories and booze content = 2 real beers so henceforth, so it shall be) and decided that I was ready for reading in bed instead.  I have definitely tired out my “get all the drunk” urges this week.  That was kind of a goal.  I’m ready to do stuff besides wanting to sit on my couch and drink beer all day.

Slept in until 10:30 (which never happens unless I stay up super late or am sick, which I did neither), and we grabbed some soup and salad bar from Jason’s Deli before we did a massive grocery and Costco trip.  Our plan was to unload and then get thees to the waterpark, but we both were kind of weirdly exhausted from errands.

I know this part of the cycle.  Part of unloading fatigue is actually FEELING it and trying not to push through, so we succumbed to the couch instead.  It was sad because I have not seen my waterpark in 2 weeks, but there were perfectly good and err… hormonal reasons I was tired, and Zliten’s knee was creaky, so it was for the good.

As was the theme of the weekend, we grilled some more (steak for Zliten, chicken for me and for the week ahead) and played EverQuest and I got down 1.5 beers before I threw in the towel and read in bed again.

Average calories for the week: 1840 per day

Fitbit says deficit is: 445 calories for the week (lol)

Average weight was: 179.9, which is +0.1 lb from last week.  With that data, race inflamation and that darn TOM starting, it seems about accurate.

And, now we’re here at week 2.  It’s time to bring some more regular FUN activity into my life, but still prioritize personhood over any sort of specific training (e.g. was going to go to a rock climbing class Wednesday but a movie invite with friends came up, so definitely doing THAT instead).  I also need to keep myself from trying to do ALL THE THINGS because I can.  I expect my energy to rebound this week and I’m trying to BANK some each week, not spend it all.

It’s also time to make baby steps at establishing some new habits and reaffirming existing ones.

Question: what are you up to this week?