This is what I’m doing right now

This week has been a rollercoaster for me, and for no real reason.  Monday, I was OVERJOYED because I was able to run again.  Monday night and Tuesday, my hip was a little cranky, so I was crushed.  I was looking forward to a nice week of running but it was not to be. 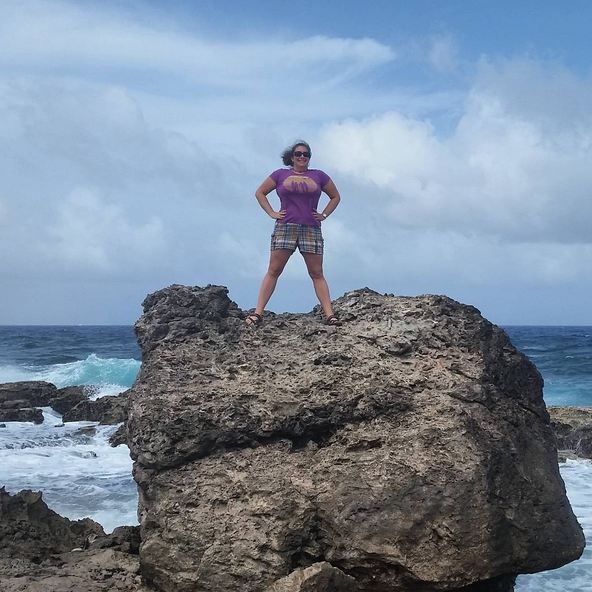 I felt like I was between a rock and a hard place with marathon training.

We took Tuesday to be a “treat yo self” day because we were both being grumps, splurging on a 25 dollar lobster roll for lunch (at least we split it), and going for massages after work instead of biking or swimming or going to the bar or just going to fucking sleep at 6pm, because all of those things were actually options on the table for me.

During the massage, which was the right call, I sorted through a lot of thoughts.

First of all, I am ridiculous having lobster sandwiches and getting massages like a rap star, or something.  Only a complete asshole can call that a bad day.  That one actually made me giggle out loud.

Second of all, I may be freaking out about pulling back on the run mileage this month, but it’s going to be fine.

Really.  This is fine.

I’ve got this pretty darn big engine right now. I’ve been specifically training for long distance stuff since August, and the body doesn’t just up and forget that shit in 2 weeks (but what it DOES do in 2 weeks is get rested and rested legs are AWESOME!).

My body and mind have let me know that the portion of the cycle that involve beating myself senseless with miles is over.  Done. Finito.  It was a necessary part of building that engine to be what it is, but now it’s time to put some gas in it and rev it up a little.

I’m going to move over to (something similar to) the FIRST marathon training program for the last 5 weeks of this cycle.  It looks something like this on a typical week:

I’ll put it this way – I attacked the tempo workout today, and it was FUCKING AMAZING running on fresh legs with a pretty motivated mind.  I’m pretty excited to finish out the last 5 weeks before March 5th now, whereas before I was like FUCK, can I just get this over with?  Can I drop to the half?  Can I just go to sleep for a week?  This is good progress.

Third of all, the massuse hit some pretty rough spots where I had to really work through it so I didn’t flail around.  For some reason the words “THIS IS WHAT I’M DOING RIGHT NOW” came to me and I spent a while thinking about how this has to be 2016’s mantra right now.

In workouts or races where the shit is starting to hit the fan, I need to focus on THIS CURRENT MOMENT.  Not get intimidated because there are a lot more moments to go before I hit the finish line.  Running up this hill is hard and maybe I have to do it three more times, but this is what I’m doing right now.  I don’t know if I can sustain this pace for another 10 miles, but this is what I’m doing right now and I’ll worry about that… then.

At work, multitasking is actually my job.  I handle multiple projects and people and interface with a bunch of different departments, all with their own concerns and agendas and questions and ideas.  On the rare day where I just get to hunker down and do ONE thing with actual focus, it’s seriously meditative to me.  However, it’s definitely not the norm.

It’s easy to get lost and focus on the wrong thing or give up and do nothing because I’m too scattered.  I’ve been a little more productive this year utilizing a to do list, but I can also help myself by picking a focus for a set amount of time.  Five minutes, an hour, a day, depending on my schedule, but telling myself THIS IS WHAT I’M DOING RIGHT NOW will help me not give up and just surf instagram to collect my thoughts.

In all aspects of life I’m a planner.  That’s awesome because I get a lot out of life by being efficient.  However, I spend a lot of my time thinking about the future, and as I discovered, that steals some of the joy out of the present.

I may be looking forward to my long weekend staycation adventure over president’s day, but currently, I’m writing this blog.  This is what I’m doing right now. I’m choosing to do this activity and it’s worthy of my attention.  Half my mind shouldn’t be on the future when I’m doing something I actually enjoy and elect to do.  During, say, housework – all bets are off. 🙂

All in all, that hour of massage and quiet thought was the turning point where the week got better.  I cleared out the poop and cobwebs in my brain and let a little sunshine in.  I’ve been in a better mood.  I had a fucking fabulous run yesterday, and honestly, I’m excited about training again which is such a happy relief!

Will this be the panacea that helps me PR a marathon?  Maybe!  Also, maybe it could result in a spectacular explosion!  However, for the first time in forever, I’m actually pretty excited to find out, and I’ll take that over anything else right now.