I flail without a plan.

So, I had this brilliant idea to make this past week very fluid, planning 3 specific workouts and then saying I’d just go with the flow for the rest.

The flow and I don’t really go together. 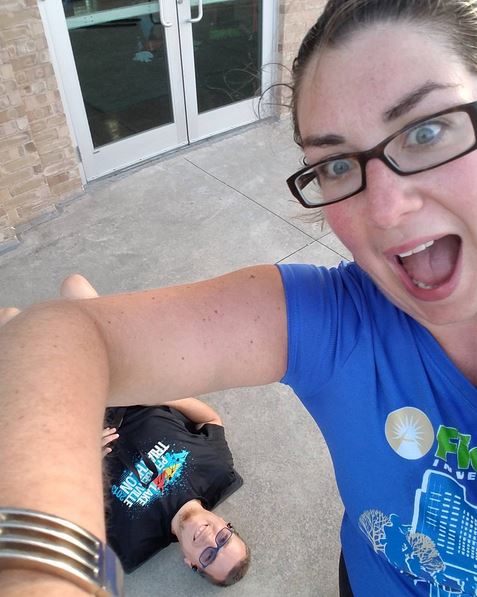 We hit workout #1 – the 1000m swim test.  Then, we ended up pushing the brick a day to Thursday (and obviously ended up doing it at home instead of with the group).  By Friday my body was still so sore from pushing it on the brick and playing with kettlebells (I did hit my 2 weights sessions) I could not imagine doing a track workout so we called it and decided we’d just do whatever.

Unfortunately, whatever ended up being just a 23 minute easy trainer ride because we kept changing our plans and our minds and it was frustrating the hell out of me.  We even got dressed and out of the house to go do a swim in the lake, and by the time we left, we realized that doing it would make us SO late to a friend’s get together, so we went home and changed again and figured we’d do it later.  When later came, we were both just so over it we decided to call it and just take Saturday as a rest day… which became a whole rest weekend.

On paper, 5 hours for a rest week isn’t too bad, but considering 1.5 hours is weight training and 1.5 hours was bike commuting… there wasn’t a whole lot of serious swim, bike, or run action going on.  It’s ok.  It happens.

I just know for next time that I need to plan out my rest weeks, just like I plan my regular weeks.  I flail without a plan. 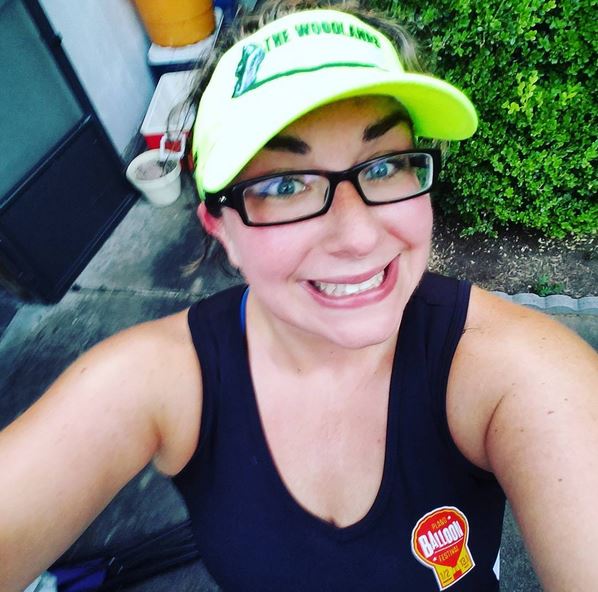 I may not look like it here because I’m high on endorphins, but I’m struggling with a few things.

First, it’s tough balancing building strength with weights and not being too fried for swim/bike/run.  I feel so much benefit doing the weights, I’m going to stick with it, but it’s rough when I overdo it a little and then end up bagging or modifying other workouts.  Hopefully, I can push that line where I’m building strength but not limping around after and continue on for a while with this.  However, I’ve slacked enough years that I really need to stay committed and earn my right to do the other stuff by continuing to strengthen my body.

Second, my planning brain wants to train so much.  I’ll start piling on workouts to the point where I am happy with the mix and I’m getting enough in.  Then, I start sanity checking and realizing I’m at about a million hours and working out 3 times a day some days and I have to sacrifice something every week to keep it in check.  The struggle is real.

I have to remember: I’m at the start of a long build.  I don’t have to be superwoman right away.  My first A race is in 15 weeks.  That’s plenty of time to build up, even though it feels like I’m building from nothing in terms of endurance.  I spent some time doing strategerie over the weekend and I think the goal will be to ramp up the bike endurance more quickly first, while it’s hot, and then the run endurance in September/October when it’s cooler.

I planned out this week before I shifted focus, and I like the schedule so I’m keeping it, but NEXT week will definitely be more bike heavy.

I’ve got two workouts each day but only 5 days planned.  I’d like to bike commute on Thursday if I can.  This looks like about 8.5 hours as is, more with commuting and/or squeezing some small TT bike trainer rides in for form practice if I can do it.

Food planning might need to go to the next level too. 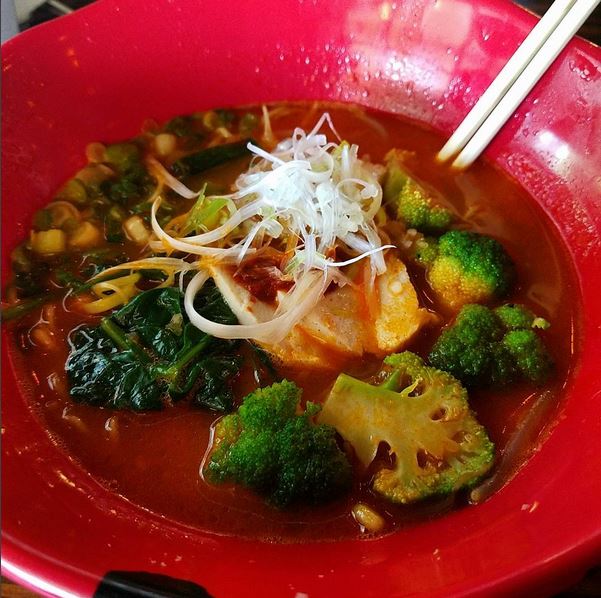 This spicy chicken ramen from Jin Ya kept the vampires away for a few days.  So garlic.  So good.

I have my meals planned out, but every week I keep having this goal of 5 fruits and veggies.  I do ok at the start of the week, but usually by the weekend, I realize I’m barely getting in two on Saturday and Sunday.  My meals are TYPICALLY pretty good and have 1-2 servings of fruit or veggies, but I’ve gotten out of the habit of eating veggie or fruit snacks.  Now that I am back into training and eating a little more, those need to come back.  So, until they become a habit, I need to probably portion them out for daily consumption.

I realized I was eating pretzels more often than veggies.  I also realized that in my new office, my fridge is further away than my snack pantry.  Now that I’m concious of this, I think I’ll realize that I’m being lazy and do better… or I’ll have to move things around.  Crazy how the little things are a bigger influence than you think!

So, kind of a fail last week.

The good news is that I ended up seeing my lowest weight yet – 180 (178 on the black scale).  While it’s definitely swingy, it means I’m starting to make some progress into that 5 lbs I’ve been staring at for a while.

This week, I’m going to do better with this stuff and try to figure out ways to fix the issues I’m having actually following through.

…and I’ll leave it with that.  Let’s succeed at this before piling too much on top of it, hmmm? 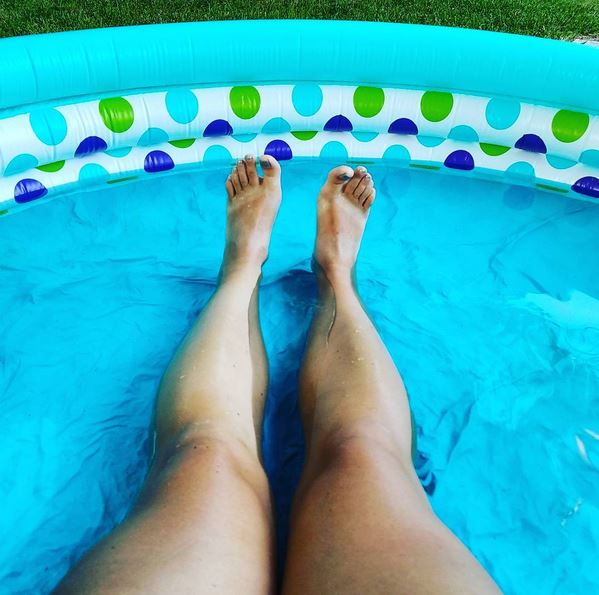 For now, I’m going to go enjoy my new pool that I had installed this weekend.  Check out my luxurious life!  Happy Monday everyone, we’ll get through it together, right?