I don’t have another coherent post in me today, and I realized that what I was going to post today was much more appropriate for Friday, so welcome to the return of 5 random things.

1.  Somehow, I’m not sure why – but an easy 5k has now dropped to about 28 minutes (so 9 minute miles) – just in the last week or 2.  Is it that the shred strengthening muscles I didn’t know I needed stronger?  I’d say is it the shred warming me up, but it even happened yesterday when I shredded in the morning and ran at night.  Is it the new music I have?  Is it the cooler weather (it’s odd – I wear a sweater and a jacket when I’m out in it to go to work, and then I go running in just a tank and I’m fine)?  Is it that I can run at night again?  I don’t know, but I’ll take it.  Now, just as I’m 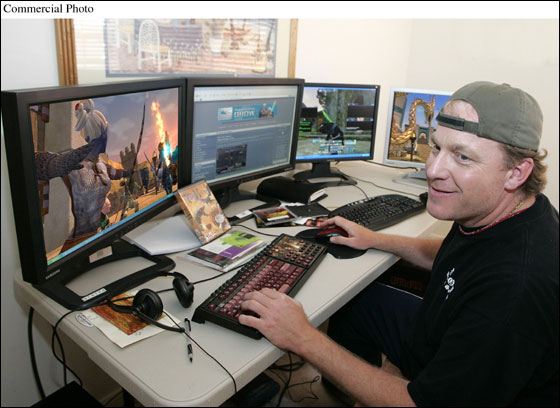 hitting my short distance stride, I’m about to change it up and start distance training next month.  25 minute 5k, maybe next year…. I’m going to do one more probably next month but I haven’t been training for it so I don’t have high hopes.

2.  I’m playing EverQuest again.  Yes, this game that I spent years and years in front of a computer playing, eating delivery pizza and drinking bourbon.  The fun thing is – we’ve been able to get on and play for an hour or 2 a night in place of just sitting in front of the TV and me dorking on the net and Zliten playing bejeweled for hours.  It’s kinda fun to reconnect with some people we used to play with and relearn how to maneuver our characters again.  It’s always good for the soul to get into a game again.  It’s also reminding me that I do have that chunk of time from about 9-11pm each weekday night to get things accomplished instead of zoning out EVERY night and watching TV.

3.  Speaking of finding time in my day – I’m contemplating NaNoWriMo.  I’ve even got an idea for it.  The only problem is I’m pretty sure the blog will suffer.  Maybe not, but it’s possible.  All I have to say is that wanting to pursue multiple interests sucks when you also are required to get 7-8 hours sleep at night and work full time.  When I’m working out as intensely as I am, having a weekday 4-5 hour night to get caught up is just not an option.  And then when I do it on the weekends it just makes Monday soooo hard.  I figure though – worst case, I come up with the idea, start on it, and even if I don’t finish in November, I’ll can certainly tick one more thing off the 2009 to do list – something creative!

4.  I’ve realized that 30 means being more concerned about fitting in my workouts around a lab appointment to draw blood to check my numbers tomorrow than the needle itself.  Fun fact about Quix: I HATE NEEDLES.  I especially hate needles around where they draw blood (the inside of my arms… I don’t even like people touching me there).  However, I have to

watch the entire process, like I’m guiding the nurse’s stabby stabby procedure with my eyes.  I love the idea of tattoos and piercings and would probably have some ink and be pierced a LOT more than 8 times (three in each ear, one in my cartelige, once in my tongue – though the tongue and one in my ear closed up so I only have 6 now) if I could get over that.

5.  We’ve been eating at home a lot more.  We have a constant lunch date on Fridays with a group to eat pho (Vietnamese noodle soup), we typically end up having a meal or two out on the weekends, but that’s about it now.  We come home for lunch just about every weekday and cook dinner every night.  Last year this time, we ate lunch out every day, and most weekend meals out, and generally cooked dinner about 4 days a week and that was it (if we weren’t crunching and getting dinners provided at work).  We are eating a lot healthier (maybe not lower calorie, I got good at that, but definitely more good stuff), it’s saving money, but bugger if the dishes don’t have dish babies in the sink!  I don’t usually make a production out of dinner, it involves maybe a pan, a tupperware, a salad bowl, two plates, and two utensils – but somehow the sink is full every day.  It takes me a long time to notice it’s an issue (if it’s not overflowing then who cares is my motto) and it annoys Zliten to no end.   In fact, he was the one who suggested this topic for my fifth random thing.  We badly need a kitchen fairy that can do dishes for us every night.  Like the gal above.  =)

There is my random stuff.  Tomorrow I forsee work kicking my arse, plus I have aforementioned doctor appointment and a shred and a 5 mile run to do, so I’ll be back Friday for the mysterious post I did not write today.  Ciao, internet!

Shredhead, Coming Back to Earth