I love March – Spring finally springs, the trees get green, things actually seem to start for the year (January and February are warmups, really), and there’s a lot to celebrate. 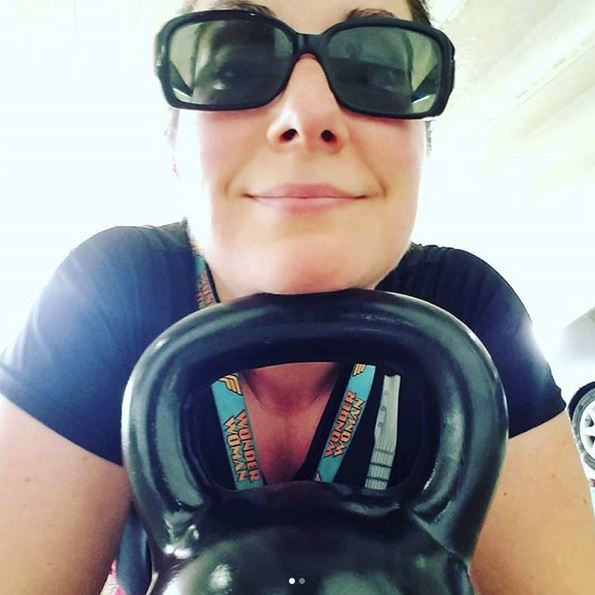 Celebrating another strength workout down with Black Betty.

If only just the fact that I tend to, this month, get older than I have ever been.

Lifting heavy has been fun, but my body decided about a week earlier than planned to be done with it.  I’m hoping to be a little more successful at it next go around, if I maintain my once-a-week work in the weightroom with the same lifts, but my body just did not appreciate lifting heavy things at low reps that many weeks in a row.  OR it might be that I didn’t take the rest week as prescribed.  Nah, can’t be that.  I’ll heed that advice next time I go into a lift-all-the-things block.

It makes sense in hindsight, because every other sport I have done required daily strength work, but it took a long time for me to connect the dots that lifting heavy things + actually getting to a RESTED state for one = being a better triathlete.  I have seen the payoff with an increased ability to produce watts on the bike and leg strength and proper stride on my run.  I’m just starting to test the waters now, and I look forward to digging into the pain cave this spring, because I like what I see so far.  Swimming, like the poor red-headed stepchild it is right now, is what it is.  We’ll get there now that 70-80 degree days are more of a thing and I’m actually trying to triathlete again.

April will be a fairly balanced month.  Training SOLELY for sprints (not sprints and a half marathon or sprints and a century ride or sprints AND anything) affords me the opportunity to stick with the weights, and keep all the runs, bikes, and swims short for the most part.  If I’m not killing myself with volume, I can do that hurt-so-good speedwork and concentrate on drills and form and pre-hab and stretching and for the love of god actually get back to run warmups if I’m not running directly off the bike. 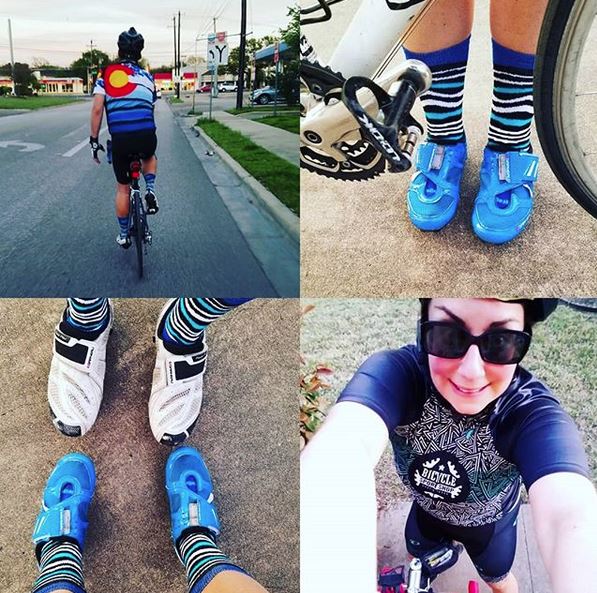 Work, yes, but obviously there will still be some time for playing bikes on beautiful days chasing sunsets and twinning our #wattagecottage socks because that is necessary for survival.

What it will look like, for the most part:

Swimming: twice a week. If I want my swim to stop sucking, I need to do it, even if it’s the least convenient sport on the planet.

When it stops being super chilly, I will try to take one of these per week into the lake.

Biking: three times a week.  I really want to PLAY bikes right now, but I need to limit that and actually WORK on building watts and stuff with harder, more focused, melt your face off rides.  But not too many, I want to still love bikes and also not get burnt out. So, I’ll split it up as such each week.

Also, I must be on my tri bike once a week, preferably outside if at all possible.

Running: two to three per week.

Weights: hoping to keep the three sessions per week but shorten them.

It sounds like a lot but each session is actually pretty short, and I want to combine them when possible.  If I’m going to the gym for lifting, I’ll can warm up with some running or cool down with a swim if I have time.  I can probably do a short run at lunch AND that kettlebell workout in an hour if I hustle.  Bricks are great efficient workouts that knock out two sports and I run best off the bike because I’m already warmed up.  And it creates less laundry.  Win, win, win. 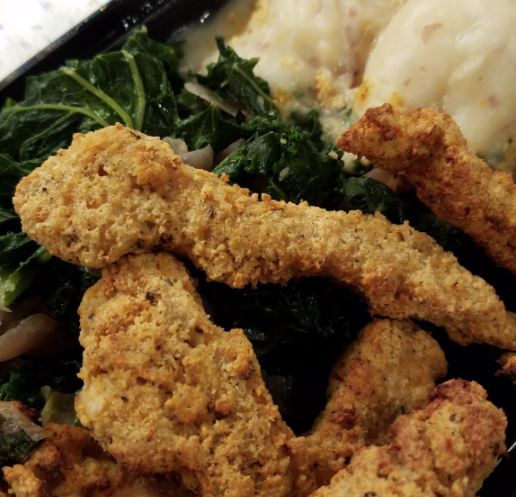 Yes, this is all super healthy food (almond crusted chicken and turnip mash with collard greens).  I love me the heck out of some Snap Kitchen.

I’ve talked a ton and a half already about nutrition, so let me just say that the scale is going the correct way, and I think I’ll probably continue with these goals through April:

This month, I will need to navigate:

So, I just need to remember all the reasons I’d like to take some weight off and that if I really focus for a few months it will save me years of half assing it and being disappointed with my results.  That’s worth ten orders of fries and an ice cream sundae.

On the general life stuff front – I’ll give myself an A+ on the fun stuff, D on the adulting.  That’s about par for the course. 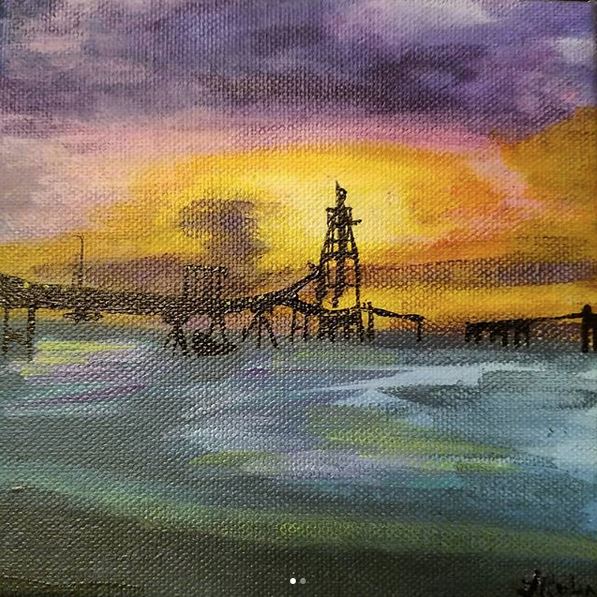 I painted a thing, see?  I’m actually super happy with it, which is an outcome I didn’t expect when I started.  My art-ing muscle is a little weak and atrophied, but I’m looking forward to flexing it a little more to strengthen it.  The process is fun!

To keep from freezing up choosing a subject, my husband is picking them.  So, next up, I have a snorkeling picture from Roatan featuring some very curious Sergeant Majors.  I’d love to do one painting a month, so that’s my goal for April.

I read two books, Angel and You Do You.

Angel gave me a really great insight into Angel investing, which is something I either would love to do or might be on the receiving end of someday.  While I feel like I learned a lot, I probably need to focus my attention elsewhere because I am neither rich enough to really jump in with both feet (minimum requirement to be accredited is 200k annual salary) nor ready to launch anything that would need Angel investors for a minute.

You Do You was a really fun anti-self help book that had me nodding my head with it and laughing.  She talks about how to take risks, stop worrying about what Judgy Mcjudgersons are thinking or saying about you, and basically own your own quirks and let your freak flag fly.  I wouldn’t say it’s life changing for me, but I’m the kid that roller skated down the block with a refrigerator box on my head pretending to be a robot who really never gave that kind of shit up.

In April, I have Operation Ironman and The Essential Guide to Getting Your Book Published on the docket.  I might have already finished the first one but I’ll save my discussion for later.

I wrote a chapter (chapter 10).  I’m growing increasingly unhappy with my writing, which means I’m probably on the right track and getting close to wrapping things up.  I’m torn.  I really am super excited that April will see my last book chapter done and I’ll have, for the first time in my life, completed a book, all 80k or so words of it.  However, then, holy shit, it’s real, and I need to actually do something with it and, ulp, maybe someday someone will actually read the thing?  Why didn’t I go into writing pulpy sci fi instead of non-fiction about myself?  Ack!

I made three more videos!  I’ve been having a lot of fun with it, and I’ve been learning a lot about the process.  For some reason, I have to constantly remind myself that I don’t need to be AWESOME at it right now, because again, like the painting, I’m having fun working on getting better by practicing. 🙂

I have notes written out for at least two more (part 1 and part 2), and I’ll make it a goal to do at least one additional video by the end of April on *something*.

We need some bodies to help us with the cabinet (we will have a captive audience on April 14 and will do it then), and then the garage will be done in a few minutes after that.  I’m ignoring that corner of the world until then.

My pantry will survive in it’s current state until I actually give a fig about doing it, which is obviously not any time soon.  I think I have to face facts that I used up about two years of give-a-shit doing my kitchen and there’s no way I’m going to be able to bring myself to be on a diet and in training and also domestic AF and I’m okay with that. 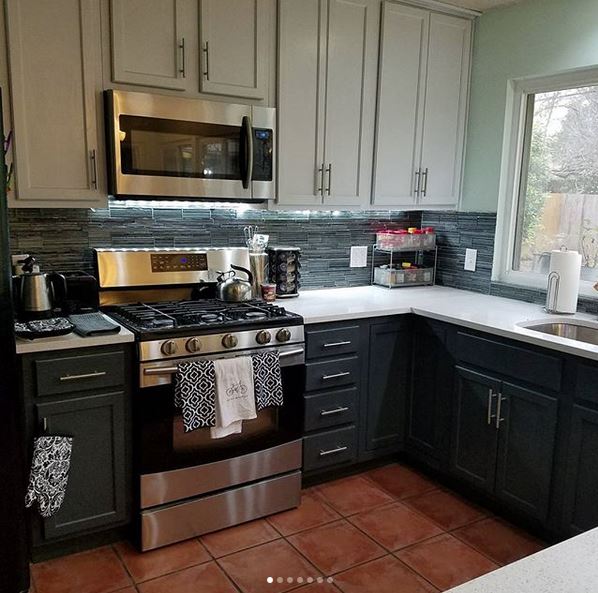 I’ll just continue to revel in the fact that I have a renovated kitchen and ignore all the other crap outside of it for another few years.  I think that’s a sound plan.

I feel slightly bad that I’m doing a fairly craptastic job at the adulting list, but it seems that 2018 has been about flexing my creative muscles again, and manifesting some progress on some long time goals I’ve wanted to achieve.  I’ll give up all the organized spaces in my house to make that happen.

Some days you are enough (No Label Sprint Tri)