It Clicked: Go Forth and Make AWESOME 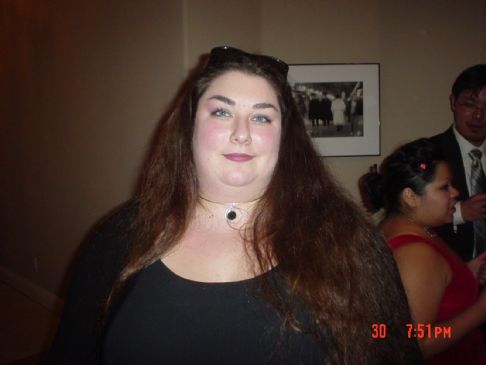 This was taken December 30th, 2006.  About a week previous, I had decided, after having to face facts and purchase a pair of size 24 jeans.  And they were tight.  I can fit comfortably in one leg now of them now (they were one pair of “fat pants” I kept).  Yeah, I don’t recognize her anymore either.  I feel like I barely talk about my sordid stay-puffed marshmallow past, but it’s honestly because even though I spent the greater part of a decade obese and working my way up to the accolade of morbid obesity, I have been blessed/cursed with the brain of a goldfish.  I barely remember what it feels like to be that girl anymore.

I didn’t get here overnight.  It took a lot of years to go from being breathless walking across the parking lot to knocking out a 10 mile run before getting on with my regular day.  Come reminisce with me (or at gawk at my ridiculous pictures!)… 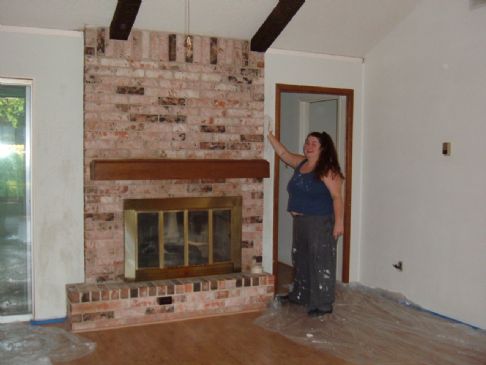 Well, let’s back up.  December 2006, I saw the movie Click.  It’s a pretty stupid movie to be the catalyst for a four year epic life changing endeavor, but that’s how the story goes.  I was in the middle of another typical 60-100 hour week doing my evening work from home section of my workday, and had took a “break” around midnight to watch a movie and go from tipsy to drunk.  After the movie, we got to thinking and talking.  I spent a lot of my life wishing for a remote control to fast forward to the good parts.  I worked so hard that I’m lucky I had a significant other in the industry doing much the same thing or I would have been very lonely.  I rarely went out, rarely spoke with anyone outside of work except on smoke breaks, and the way I judged a successful weekend was not having to leave the house.  This was not who I used to be, or who I wanted to be.  Things were never going to be perfect.  If I’d been put into the perfect situation I would have somehow found something wrong with it.

So I made new years resolutions to a) go to a 40 hour work week unless there were extenuating circumstances and b) finally do something with my health.  I had been a gymnast/diver/dancer/athlete.  I was an embarrassment to myself.  I knew what to do.  I had no excuse.  Yeah I TRIED to say that it was hard being surrounded by a workplace that wedged a potluck party in between donut fridays and crunch pizza dinners.  I said that it was impossible being in the video game industry and lose weight.  Well, I was going to do the impossible.

I spent the first few months counting calories and eating mostly cans of soup or microwave meals.  I found some success and went from 265 to about 240 pretty quick.  Then, we made the big decision to move away from San Diego.  Job hunting.  City hunting.  Getting ready to move.  We reverted quickly to, not quite our old habits, but pretty close.  We cut down the drinking, and ate a little less grotesque, but I stopped losing weight for a few months.   Once we settled in Austin, life changed.  A lot.  We had friends.  We were constantly going out, being social, doing stuff.  It was, frankly, tiring as hell.  I loved it, but I really felt spent all the time.  Even 25 lbs down, it was EXHAUSTING.

Around that time also, I got sick.  My first week of work, I could barely hold down Gatorade.  I lost about 10 lbs in that week.  Of course, I gained some back, but I got to thinking… I enjoyed being smaller.  240 wasn’t good enough.  I wanted to really make a go of it.  I found sparkpeople.com and decided to give the healthy, non-stomach bug induced way a try.  I figured I had nothing to lose, so I gave it a month.  I did exactly what they told me to – which was 1200-1550 calories a day, 20 mins cardio per x 3 days a week, and 15 mins strength training x 3 days a week.  I remember thinking “geez, that’s a lot of exercise, how am I going to stick with it?” I laugh now, but I really and truly did think that.

Stick with it I did though – and I lost 9 lbs that first month.  I was hooked.  I found a way to balance being social and keeping my calories in check (sometimes 1o00 calories of food and 500 calories of alcohol, but that was the sacrifices I made), and steadily lost 1-2 lbs per week for the rest of the year.  I bumped up my exercise first to 30 x 3, and then to 40-45 x 3… then 4 during the holidays since I was terrified of gaining.  Instead, I lost over 10 lbs between Thanksgiving and New Years.

I had lost about 55 lbs that first year, but I still had a lot more to go.  I just kept on with my inertia, doing the same thing, and kept getting more months under my belt.  In 2007, I proved I could spend a month moving, losing gym access, and survive through the holidays and still lose weight.  This year, I added crazy hours at work and crunch dinners to the list.  I ate 90% of my meals either in restaurants, or as takeout.  But I still lost.  Steady.  5 lbs a month or so.

More importantly, I found something in me that had been hiding for years.  I thought it would be novel to try to run.  I also thought it was silly on my 200 lb body, but I just had to give it a go.  I made it around that track 4 times, probably doing a 12-13 minute mile or something, and just about collapsed.  But I did it.  It felt goooooood.  I also got the best 29th birthday present ever: for the first time less than a week before my birthday, I weighed in at 198.  First time under 200 in at least 8 years!

I hit 170 in early fall and hit a little wall.  My first plateau!  I spent a few months maintaining around there, and then kicked it back into high gear and ended the year around 165, and was regularly running a long run per week of a 10k.

The running bug really had me.  I was terrified, but I was also really intrigued by races.  So I decided to sign up for a 5k.  I figured, why not.  If  the experience sucked, I’d never do it again.  However, it didn’t.  Although I was infuriated that I couldn’t catch the damn grey haired dude in front of me (always humbling), I was hooked.  My goal was 30 minutes and I busted that wide open with a 27:49.  I was STOKED!

I continued to lose weight and hit my low of 150 in April and also that month decided to do something big – train for a half marathon.  I could easily run 6-7 miles, so I figured it was doable within a few months.  I found a 3 month training program online, modified it a little for my life, and went with it.  I had just planned on running 13.1 miles around my neighborhood, but luckily there was a half in San Antonio.  Late June.  In the heat and the humidity, I finished my first half marathon dripping from the mid 80s and humid heat almost ready to collapse, but I finished.  Fuck yeah!

I also found the pain of running being HORRIBLE on my waistline.  I gained 5 lbs back during that race and could never lose it again.  I continued to maintain my fitness, taking a break from running over the summer and dancing, doing zumba, finding the awesomeness of the 30 day shred.  Hmmm, I seem to remember something else important going on around then.  Something big…what was it?  OH YEAH, I also got married. 🙂

This was huge.  Zliten had been asking me for years and I wasn’t ready until I got my own shit together.  Part of that shit was losing weight.  I knew I was with the guy I wanted to spend the rest of my life with.  I didn’t need a piece of paper for that.  If I was going to do the marriage thing, I wanted the whole shebang.  And if I was going to do it, I wanted pictures I’d be proud of.  I’m glad I waited.  It was an awesome experience surrounded by family and friends, I felt like a pretty princess and not at all self conscious, and no matter what weight I end up settling at, I just can’t see ever looking at that picture and thinking I look fat.

Then after a nice break from running I decided I was ready to do the ultimate: run a marathon (which of course changed to triathlons when I decided that sounded like more fun but whatevs).  I figured I’d go ahead and knock out another half, so I started training again in November.  I finished out the year getting ready for an epic year of running, right around 155-ish.  But a very different looking 155.

I’ll keep this short because it’s already a novel, and I’ve done a lot of recaps recently, but this was the year of sheer joy.  A lot of things fell into place to make me able to balance a promotion at work, a loving relationship with my Zliten, advancing my athletic prowess, and still having somewhat of a life.  Sure, I gained a little back this year.  But I wouldn’t trade it for all the experiences I’ve had.  I only hope that 2011 is just as awesome!

And I’ve done it all without giving up being me.  I still work in the video game industry in a high stress job heading up a team of over 30 people working on a high profile successful game.  I still go out and get way too wasted with my friends at the bar and occasionally light up a smoke or 3 while I do it.  I still enjoy a burger and fries, cake at a birthday party, or a tex mex combo plate.  And I have for the entire 4 years of this journey.  It’s all about moderation (aka, not all that at once).

Besides a long winded self masturbatory exercise in reliving old war stories – I just want everyone out there to know that if *I* can do it, you can do it.  I am no role model.  I am the poster child for weight loss IN SPITE of yourself.  You too can go to from Fatass to Athlete in 12 easy steps, I’m certain.  I did it by hook or by crook, but there are much easier ways for normal human beings who are willing to give up more than I did.

Start NOW.  Don’t wait for the perfect time.  Don’t wait for a fast forward button!  The only way to have a wonderful, blessed, awesome, funtastical life it to MAKE IT SO.  Go forth and make awesome!

Back to the Grind