If you want to get a BodyBugg click there, since that will get you 20% off and I think it rewards me some how, but I am not sure how. http://bodybugg.extole.com/a/clk/2sghb

Since we last talked, I have read,

Ashes of the Realm; Greysons Revenge

This was a fun continuation of the last book Ashes of the Realm: Juliette’s Dream, and it grew the characters up some, introduced a few new players in the galaxy and a new inter-dimensional race that is now set on enslaving our galaxy. So we now know what books 3 and 4 will be about at least. But as always Saxon Andrew kept the pacing up and even though when compared to his last series this is hitting on a lot of the same topics, they are in slightly different ways, so its still enjoyable. The character development is nice.

After like 12 books in a row by Saxon Andrew, back to a book by Randolph Ladone. What a treat to go from a 3rd person narrative with an almost omnipotent view to a book written in the first and second person, that goes into the thoughts and feelings of the character as things happen rather than just observing them.

This book is the newest of the Spinward Fringe series, and does not follow or continue on with any of the main characters from the series. Think of it as a spin off book, or an expanded universe book. Things that happened in the series have happened and the universe is the same but things are continuing on.  There were some characters that made cameo’s but it really wasn’t about them. Wheeler ( one of the main bad guys turn good guys from books 2 to 4) shows up for about a dozen pages, and a few “relatives” of people you know from before.

I did really enjoy it though, there were some twists that I didn’t expect and there was some great descriptions of ground and hand to hand combat in this one. No epic space battles this time, but with the way it ends I am sure that is coming soon. To wrap up, Thanks Taylor for the book as a birthday gift, and I can’t wait until Raldolph gets the next hundred or so books out for that series. (Also if your in the media, the first book would be a great made for tv movie.)

The Giver : What a terrible book. Apparently they are making a movie out of it, and I do love distopian type settings of the future. But this just left a terrible taste in my mouth, and a stain on my mind that I think will haunt me much like the ending of The Prestige , but Worse.

To recap the story, there is a community in the future that is well regulated all functions are performed by individuals who excel at that function. Families though are not allowed to have more than 2 children, and children can only come from the women of the community known as birth mothers. Once their child has been born it is taken to an institution where it is  kept for 1 year, then given to a family that has requested a child.

Needless to say the book attaches you to not only the main character but a few others who end up being “released”. In other words put down like a dog, and it not only includes the elderly but also anyone who commits a crime or even a baby if it is not “acceptable”. So in one scene there is a “nurturer” who just delivered twins from a birth mother, and he weighs the two babes, then takes the smaller one, sings it a lullaby and then kills it. ( Arrg I am still all pissed off in side just writing about it. But then again that is probably what the author was trying to do.)

OK after Finishing that terrible thing, I at least have something fun to back it up with. I had Emailed Saxon Andrew about a month ago just to thank him for the series I had read since it was so much fun, and I got a reply asking if I would read and give feedback on book 1 on a new series. He also just put it up on Amazon so that works.

Its been about 3 weeks since my last post, so my training chart will be kinda big here. 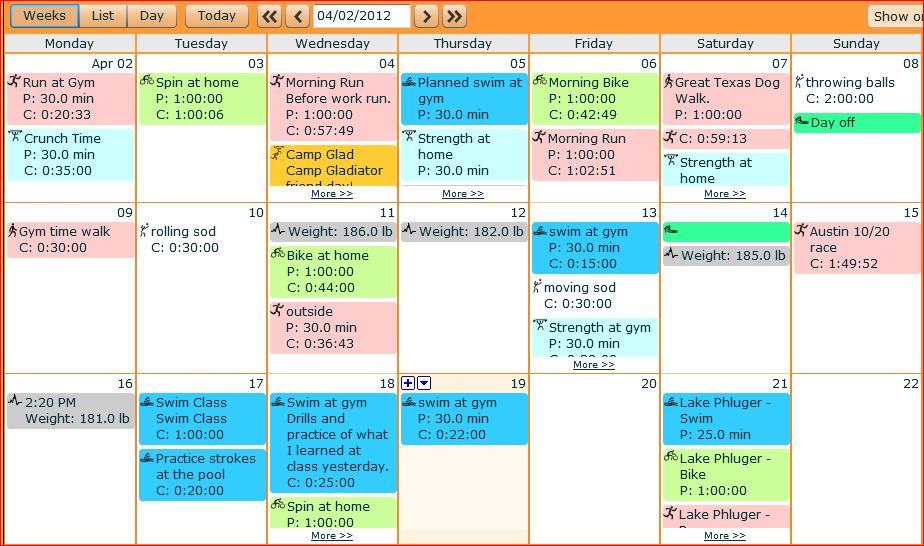 As you can see I have been at it good for the last few weeks, although I should have put in a weight metric in today so that that was more accurate. Pretend there is a grey box on the 19th that says Weight 186.2. I was lowest on the 16th due to being dumb and staying up late on Sunday after the 10/20 having drinks and dehydrating myself. But we will get into the Dumbness of Sunday later.

SO the 10/20 was last weekend and it was a blast! I had to make 1 quick bathroom stop at mile 2.5, but thankfully it only really added about 2 minutes to my total time and I felt MUCH better afterwards. That redbull went through me fast LOL! 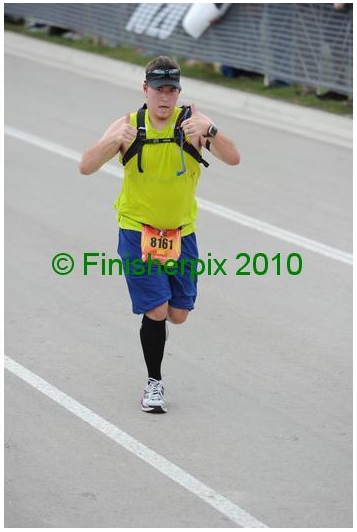 Click Here if you want to check out all my info for the race. gps, heart rate, cadence, elevation and overall great data! BTW Training Peaks is just awesome for the amount of info you can put on there, and the Garmin 310XT gathers a ton of data when you have the heart rate monitor and cadence sensor attached.

My perfect weather, perfect feeling, super awesome goal was going to be 1:45:00, but it was Humid, then raining then muggy, and a bathroom break added in, and my total time was 1:49:52. I am very happy with that time, its not the best ever but for sure the best 10 miles I have had so far.

Lets list out things I need to do before Tri season.

Things I did wrong over the past 3 weeks.

Weight, I have seemed to have hit a lull in my weight loss, but I think a big part of that is I stopped tracking so consistently, and just kinda didn’t care much for some days. Here is an update weight chart.

Desserts have also been an issue, I can usually go without desserts, but lately I want chocolate after every meal it seems. or pie, or chocolate pie. I gotta get that under control.

Next I had too many drinks after the 10/20 race.. Too many, and it wasn’t that I was too hung over or evil or anything like that, but that I got it in my head to go prune a tree in the back yard that my mother in law got after me about the day before. While doing this, I did not hurt myself or anyone else, but I did get my glasses caught on a branch of the tree, and they somehow flung into the yard. We searched everywhere and could not find them. Needless to say I had to go get new glasses Monday morning.

Well Leah hated my old glasses anyways. Complained about them probably once a month that they were either dorky, or didn’t fit my head right, or something. That’s OK, this time I was prepared. At the glasses store I took pictures of 14 different pairs of glasses on my face and then emailed them from my phone to her desk at work. Then just let her pick out the ones she wanted me to have. (Guys, this works great. The sales people might think your crazy now. but Believe me, its worth not getting told you made a bad choice over and over.)

It really kind of worked out for the best, I knew my prescription had changed and I needed to go in. I had been getting headaches again every day while sitting at my computer for a  few weeks. But I had been avoiding going to the optometrist because the place I went to was full of jerks, or at least people I didn’t like dealing with. They also nickle and dime everything, like do you want the old machine with worse results included in your visit, or for 35$ more we will put you with the new machine.. There was no way I was getting an apt there without at least a weeks notice, so I went to the place next to the lens crafters that I had decided on since I could get the glasses in about an hour.

Well This place was amazing, the staff was nice, they had tons of modern equipment that all just worked the first time, and the Doctor even explained things to me as he was testing my eyes. (Unlike being berated at the other place for making the doctor late to his golf game since his own machine broke.)  Best of all the visit only was 35$ because they actually took my insurance!

The Lens Crafters experience wasn’t amazing, but I know their lens grinding machine broke or something and instead of 1 hour it took them 4, but over the next 2 days they kinda made it up to me. 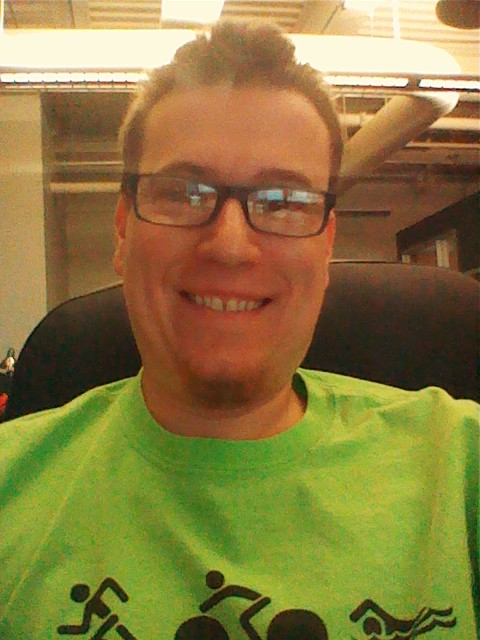