It’s the second week of taper, and the light is starting to flash at the end of the tunnel as the fatigue starts to clear.  However, I’m also aware that this light is attached to a big painful thing barreling down at me called racing 26.2 miles that will be upon me in less than 12 days. 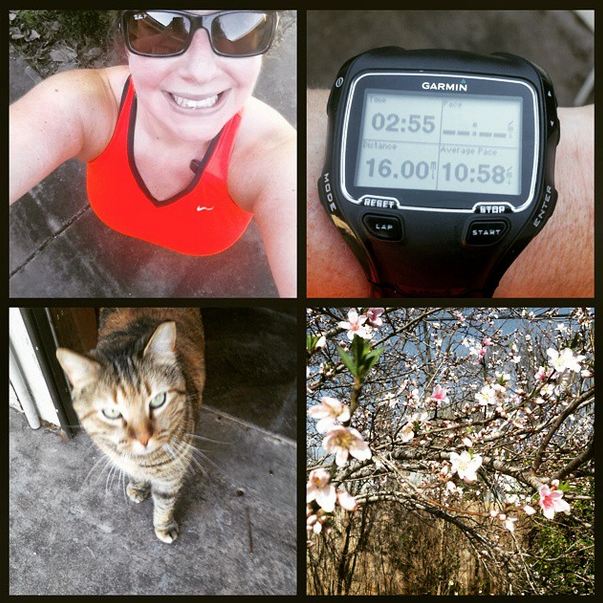 I’m reading this sci fi book, where they talk about the Void Which Binds (in this case, man and machine).  I fell asleep thinking about the concept of the void in that how it relates to my marathoning.

There is a void between what I feel like I’m prepared to accomplish at a marathon and what I’ve been able to actually do on race day.  Maybe it’s a product of consistent running over the last 5 months, but I feel like if I can stay out of my own way, I might be able to come closer to that next weekend.  I know I said I was going to consider running this one easy, but I may have underestimated how well my training would go and feel like I’d like to try something different.

I always start too fast in marathons.  Not that I go out all happy puppy, I stick to my plan, but my plan forgets to factor in that my body takes a while to get going and all runs unless I try real hard not to do so are progression runs for me.  Running the first miles at MGP is like a death knell for me.  For some people, they may try to run fairly even splits or bank some time in the beginning, but my body just doesn’t fucking work that way and I need to stop making it try because I’m nervous about having the oomph on the back half to achieve my overall desired pace.

Let me say that again.  By saving my energy on the first 2/3rds of 16 miles – I was able to change an easy jog to a marathon goal pace run.  I won’t lie, it took a bit of mental effort to flick that switch.  It’s downright uncomfortable to start that kick (a bit physically, but mostly mentally).  However, after a mile or two, it became the new normal and I hung with it and it wasn’t so bad except the feels like 80 and full sun.  And…it probably took less effort overall. I’m naturally a fast finisher as long as I don’t wear myself out too much at the beginning.  I think, if I can accomplish this, I’ll feel like I have *raced* my first marathon.

On race day, I know my gremlins start to really come out and cackle and weave their words in my brain around mile 15-16.  Each time, I’ve reached into the void and found nothing but “fuck, this is really hard/really hot/bad cramps/so long to go” and slowed to a walk, when each time, I’ve completed a 20 mile run with ZERO walking during training.  If I was stopping to walk around mile 22+, that’s possibly physical.  Stopping before 20 is all mental unless something completely abnormal is wrong because I’ve done 6 of those in training, and not once have I taken a walk break.

This marathon, my goal is take a leap of faith into the void.  It terrifies me to start so conservatively.  I’ve never raced 16-17 easy miles and then been able to kick anything but a can on the side of the road during my walk intervals I have invariably started by then.  If I roll with this easy run then kick strategery, I’ll be asking myself to not only fight through the demons in the mid-to-late teen miles to stay strong, I’ll be asking myself to accelerate.

I still maintain that I have no time goal besides beating 5 hours if I’m ON.  This is simply the level of effort I wish to put into this race.  If that results in a 5+ hour marathon, so be it.  I want to turn the switch on and see what I can do the last 1/3rd of the race no matter the result.  If it fucking sucks, I’ll know to try something else next time.

And maybe that’s how you have to beat the demons.  Maybe you can only lose them by jumping headfirst into the void.  I’ll find out in approximately 11 days and 18 hours.