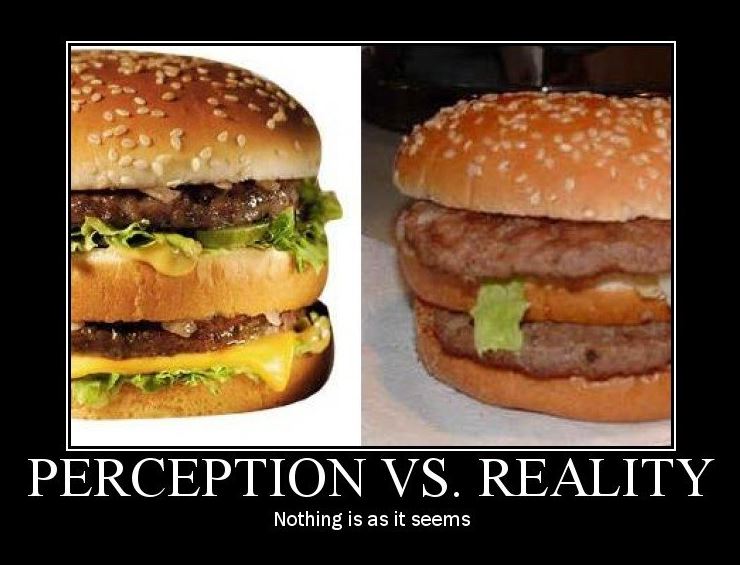 I’m well aware that this concept exists, and that the way I see the world is not necessarily the whole truth.  However, the universe has definitely been trying to hit me with the clue bat the last few days to drive that adage home.

I worked myself into an absolute TIZZY about my job last week, to the point where it was keeping me up at night, and I think it actually contributed to a minor 24 stomach bug issue (no appetite, upset stomach, chills, etc) mid-week.  Then, I had a frank discussion with my boss, who asked me straight out: is this a problem right now or fear for the future?

And it stopped me in my tracks.  I had to take a second and really consider it, but future unknowns were about 80% of the problem.  Yes, things are stressful right now, but it’s not abhorrently chaotic.  It’s next year I’m absolutely freaking out about.  With assurances that I wouldn’t have the same issue in the future, I was able to calm down fairly quickly.

Perception is that everything is completely out of control.  Reality is it’s loosely under control now and if everything goes as planned, it shouldn’t get worse.  Next year is next year.  There is no use losing sleep over it now.  I realized just hearing “yeah, of course you’re stressed and need help and we all know it and the plan is to fix it” was enough to take the uneasiness down to the normal dull roar it’s at during this time of the year. 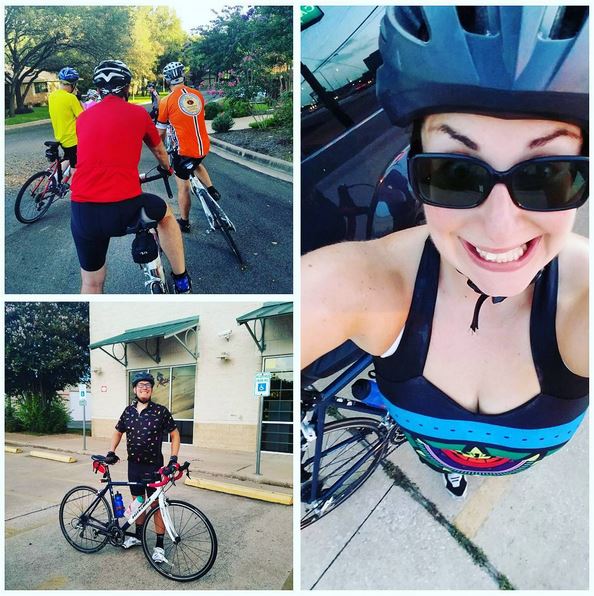 Because I had said stomach bug, I missed my 8 mile long run Thursday morning and a weights session.  Skipping this key session, and not being able to make it up, left a window open and the doubt demons flew in.  How am I going to race a half ironman with a long run of 6 miles?  How am I letting myself be so unprepared for this race?  What is wrong with me?

Part of the issue is this year is SO different I have nothing to compare it to.  And when I consider what I AM doing, I’m ahead of the 8 ball in so many ways and things still have plenty of time to come together.

I think I rode my bike outside four times to get ready for my half in 2015, the rest were endurance class and trainer miles.  This year I ride outside 2-3 times a week and I’ve already had 2 long rides that were longer than my longest last year.  Last year I think I swam the 1.2 mile distance once in open water before the race.  This year, I’ve done it four times already (from 1.2 miles to 2.8 miles), albeit slow as molasses, but that’s the first step.

Perception is that I should be way further along than I am.  Reality is that the timeline has shifted five weeks, and I’m actually doing GREAT.  Being that I have pretty decent bike and swim endurance, and I’m halfway there on the run, I’m not doing too badly 7 weeks out.  I think reassessing my plans and laying in some key sessions to hit over the next few weeks will help. 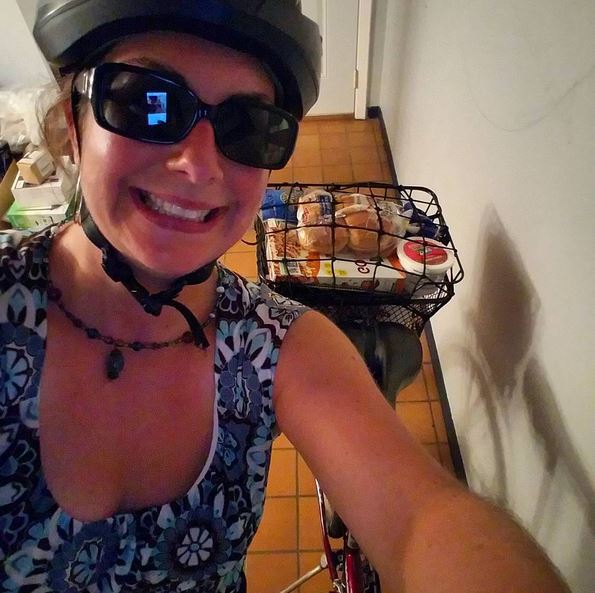 While the progress is still inching the correct way, it’s definitely sloooooooow.  And it’s no surprise when I went on vacation and didn’t track, and spent half the week last week not tracking because the sky was falling, apparently.

I’m also getting to the point where the weight loss has slowed for enough time, that my body shape is not this new exciting thing.  So the mirror has gone back from “yay” to “eh… alright”.  Every time I step on the scale, I’m like UGH, I must have gained weight.  And I haven’t.  Body dysmorphia is very very weird.  I mean, there are days I think I look alright in my glasses, I’ll change to my contacts, and feel fatter.  I *know* it’s bullshit, but it’s what my eyes see.

Flashback to yesterday, when I met some friends I hadn’t seen in a little while.  They were gushing over how tan, glowing, healthy, and muscular I was looking.  Another one said I looked 20 years old in a picture.  For someone like me, who has so long had my eyes so closely on the details and minutiae of losing fat, maintaining a healthy physique, and absolutely not regressing to my obese, can’t-walk-across-the-street-without-getting-winded self from 10 years agp… sometimes it’s hard to see the forest for the trees.

Perception in the mirror right now is that I still have a long road ahead, especially with how slow I’m losing weight, and the fact that I’ll probably need to pause for at least a season to prepare for and race Ironman.  Reality is that I’m comfortably wearing a shirt that I would have busted out of a few months ago, and with patience and persistence, I’ll get there eventually, wherever there ends up being.

Let’s do that details thing. 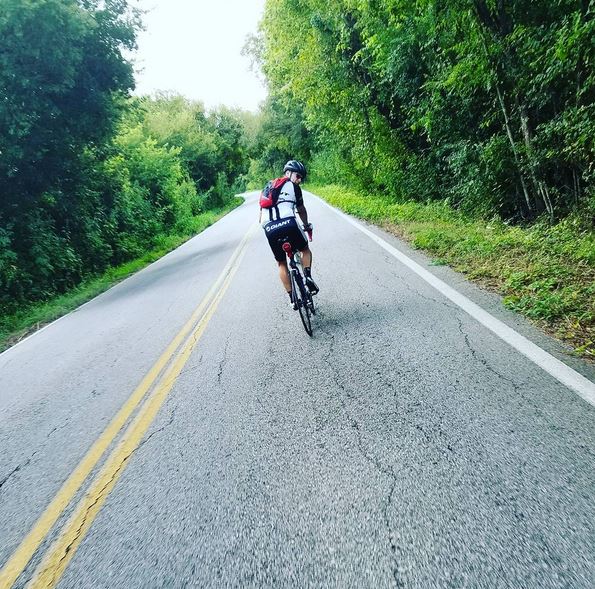 Again with the perception and reality – my instinct was to be like “well, guess it’s an impromptu rest week”, and then I go look at my logs in dailymile, and I did 9.5 hours.  While I can take issue with the *quality* of training in there (maybe a little less cruiser and do my weights actually and more running), the hours themselves are solid.

This week, the goal is to do things a little more intentionally.

This is looking like a solid 12 hour week, which would be my peak so far this season.  It’s a lot.  I feel like I’m ready to conquer it, especially knowing that I’ll be shutting it down a bit next week to get ready to race the Olympic at Kerrville.

Weight loss last week: down 0.5 lbs to 181.8 average.  Again, slow as molasses, but the right direction.  I’m regularly in the high 170s on the not-as-evil black scale.

Let’s just move forward on the rest of it.  I don’t think I did *that* badly on food (hence the loss), but without data from tracking, I can’t measure all that much.  This week’s goals are:

I just did a crash course in Sports Nutrition this weekend – all the course work and the videos.  I just need to study and pass the open book, online test, hopefully this week.  While it was 90% stuff I already knew, there were a few things I picked up that I might work into my life.  However, if I’m struggling to meet the above goals, I shouldn’t add MORE new stuff.  I’ll make notes and work it in eventually.

That being said, the videos convinced me to add a fish oil cap to my daily vitamin regime.  Anyone have suggestions about ones that don’t taste fishy? 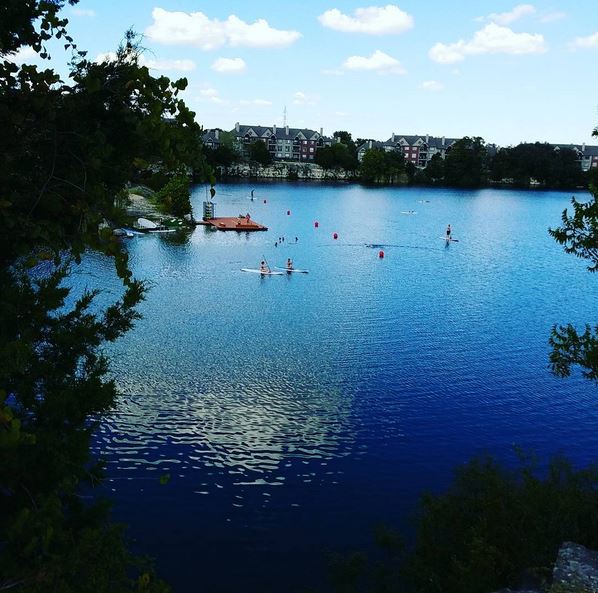 The lake is the best place for me to calm my shit.  I went twice this weekend. I had a lot of shit to calm.

With it being my peak week, I’m just basically trying to stay sane, get sleep, and get through the week.

And I believe that will do it for this particular Monday.

Failing just a little at everything

I need a little specificity…