While it was an anticlimactic last official week of training, the truth is now that it’s officially taper.  OMG.  Shit just got real! 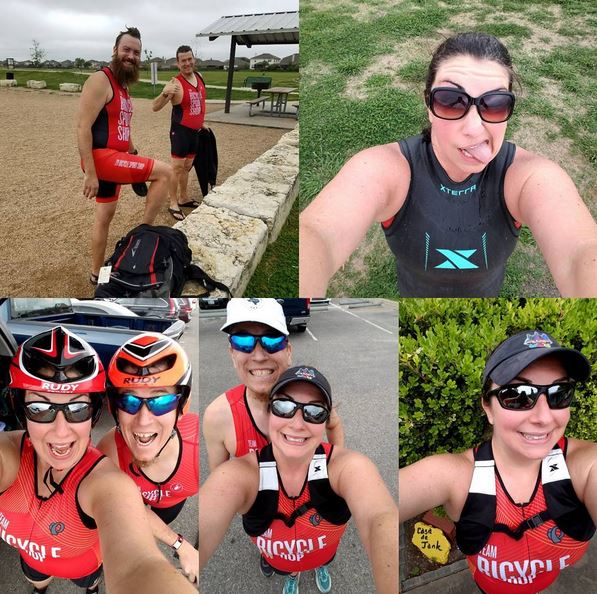 Choppy lake is choppy but the rest of the day was loverly.

The weekend before last week I did my second long day.  The first one, I felt just fine after resting up Sunday and taking it a little lighter early in the week.  This one, coupled with a few nights of bad sleep, wrecked me for most of the weekdays.  I mounted a comeback and put in 4.5 hours over the weekend, more than doubling what I did during the week.

Would I have liked to have done more?  Sure.  But, the hay is in the barn.  I’m ready.  There are bales of it, piled high, ready to feed the hay-eating-beast on race day.  I can second guess things, like perhaps I could have accumulated more hay or compare myself to other farmers who might have bigger barns (more training).  I can organize my bales a bit so I can make use of them better on race day (practice transitions, more open water swimming instead of in the pool, strides on the bike and the run, etc).  However, the time for gathering the bales is now officially over so it’s simply time to protect the barn.

It’s taper, so it’s time to replace a little #sockdoping with a little #hammocklife.

As you can see, it was kind of a fail in terms of keeping a schedule but there’s enough in there that it was still a decent recovery week.  I think I had two weeks of the thirteen so far which I significantly reduced volume.  Besides that, I’ve stayed healthy, uninjured, and (relatively) sane, so I can’t complain too much.

This is a lot for taper normally, but considering I took last week lighter, I’ll leave it on the plan and we’ll see how it goes.  Next week will be a significant reduction either way.  The open water swims are priority, since I’m feeling flaily at them lately.

I will make a gametime call at how hard I’m going to run 10/20.  I’m doubting I have a PR (sub-1:36) at the effort I’m willing to put out (aka, not wreck myself), but I also wouldn’t mind running it harder than easy.  It also will be determined by what I do the day before, if its a 60 mile TT ride + brick run + open water swim, I’ll probably not want to kill it for 10 miles (quite as much). 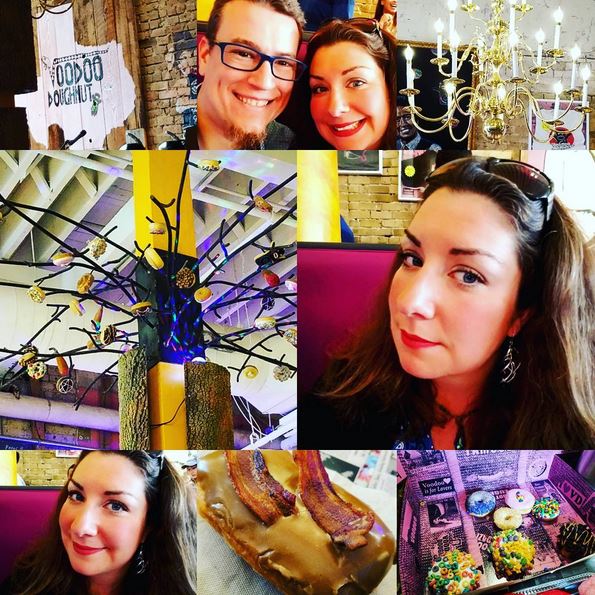 Proof sometimes I dry my hair and wear makeup and real person clothes.  It might take two people getting married, but it happens!

Perspective is a weird thing.  Only training 8.25 hours last week meant we had so much tiiiiiime to do other stuff.  We went to Costco one day.  We had another Thursday date night checking out a new place for appetizers and drinks.  We went to a friend’s wedding at Voodoo Donuts and after party at a speakeasy.  I spent all Sunday afternoon enjoying the perfect weather reading in the hammock.  It was nice!

This week, I’ve got a few things to tackle, but it’s really just prepping to have the best ME I can on race day.  Now that we’re in taper, it’s time to do the non-workout part of protecting the barn – which is treating myself as nicely as possible over the next few weeks so I’m rested, refreshed, loose, and unfrazzled as possible.  To that end I have a few goals:

#1 – I’m pretty sure my calorie balance dipped into the positives last week.  I need to resume tracking for the next 3 weeks so I don’t overeat and gain a bunch of weight.

#2 – My foam roller and I have been estranged lately.  It’s probably because my body has adapted to the training and I’m not collapsing onto it every 5 minutes to unkink my back and booty.  This is a good thing.  However, just because I don’t have an urgent need for it doesn’t mean it won’t be good for me.  So, I’m rededicating myself this week, each day before bed, I need to do my quick little 5 minute rolling routine. 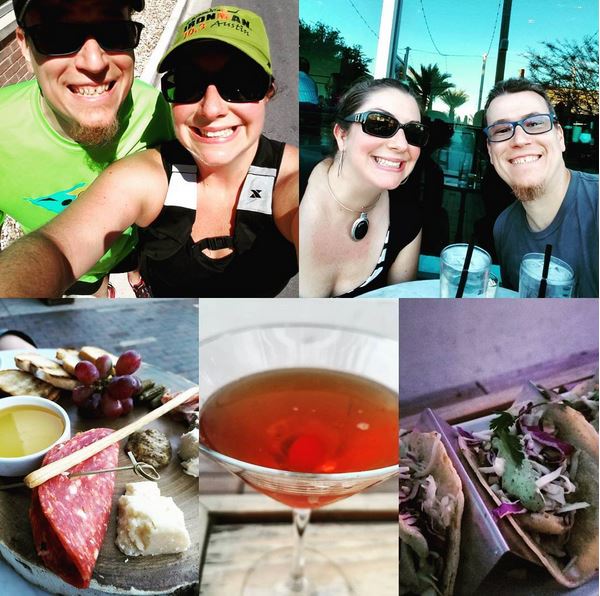 Date nights are fun, but they’ve been turning into too-late-nights.  But it’s super fun to actually go out a little.  Absence (from the couch) makes the heart grow fonder.

#3 – The good news is I have been keeping my consumption to one weekday (typically Thursday).  The bad news is I have been staying up a little too late on said weekdays when I have some booze (read: 2-3am, sleeping as late as I can before work, only getting about 6 hours sleep max).  I can use all the sleep I can get over the next three weeks.  So, I’m going to take a page from January (when I actually found bed at a decent hour most nights) and if I have drinks on the weekdays, they will be beer or beer-like substances until after the race.

#4 – And even in non-booze related evenings, I need to start shifting the time to be in bed reading to more like 9pm rather than 10pm, so I can a) be more rested and b) start waking up a little earlier.  If I can get 6:30-7am to not feel like the middle of the night, I will probably be better off on race day having to get up at 4.

Other than that, I’m pretty much taking the month to ignore anything else that is not a) race related or b) an emergency or immediate NEED.  If I don’t need to stress about something before April 22nd, I’m making the call not to.  Shipping an update at work and doing an Ironman will be enough for me this month, thank you very much.  Anything else can be added to the list starting approximately May 1st or so!

Four taper problems, and how to keep the crazy in check