Usually I do this shit on January 1, but, it’s time early this year care of deep thoughts brought on by two crappy races in a row and the desire not to schluff and mope my way through December.

I keep thinking through why my late season racing has gone way south, and its got nothing to do with my training.  That has gone pretty dang well.  But, life has been a little weird lately and I think that has worked its way into my overall physical and mental well being.

Let’s create the map then, shall we? 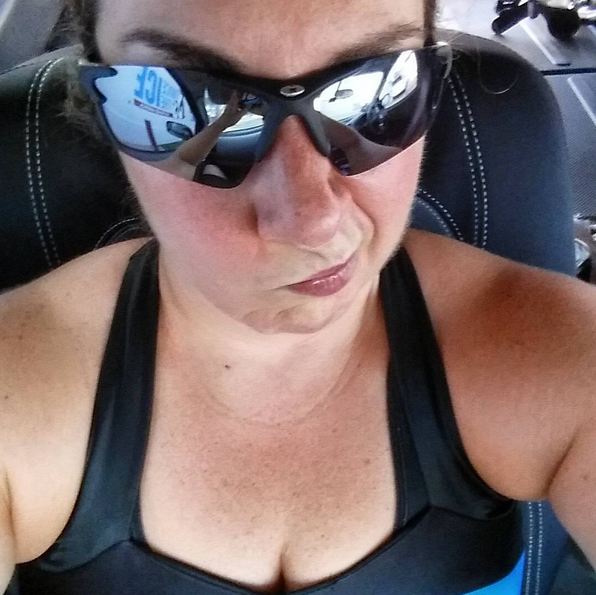 All stress is stress and there’s too much of it.

This year has been exceptionally stressful for various reasons.  It is the first year of my promotion to Senior Producer over multiple products, so a little is to be expected, but this is ridiculous.  The beginning of the year primed the pump.  August stepped it up into overdrive, and the cherry on top was our big November release.

I have history of losing my shit this time of year – hell, two years ago I punched a wall 2 weeks before Thanksgiving. I didn’t quite do that (maybe I should have? it was incredibly cathartic…), but I have been seeing the big blinking signs like getting really jumpy and snappy and making mountains out of molehills, even besides my lack of enthusiasm with… life.

I found a way to keep up with what I felt like the minimum training was to succeed in my races, but even with that, my overall stress load was too much and maybe I should have gambled by staying under my blankie more often.

My mind is unquiet too often lately.

Over the last few months, I’ve found I’m increasingly unable to leave my work in my office, or concentrate on other things that are bothering me only when I can actually do something about them which is kind of a big rule of mine.  I’m more often mulling problems over on runs, while sitting and watching TV, late at night, etc, and finding my blood pressure raise over it.

Over the years, I’ve built up good habits to put that stress in a box and leave it where it should stay and they have been unraveling over the course of this year.  Frankly, upon the first day back from Florida, I was sitting at home on a day off work and my husband just MENTIONED a random work comment and I freaked out and stewed about it for ABSOLUTELY NO REASON.  This is not the person I want to be and if I’m bouncing off the ceiling for nothing, it’s sure hard to keep my head about me when things get hard. 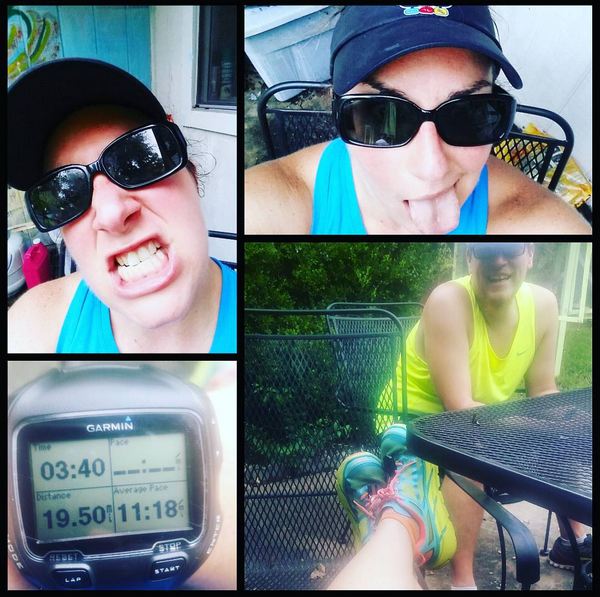 I’m not excited about races or training right now.

Space Coast was the culmination of a lot of BS, but weeks before that I would literally have to drag myself out the door almost every run.  I just wanted to curl up in a ball and sleep.  Once I got out it was usually ok, sometimes even great, but you shouldn’t go through that absence of motivation for weeks – especially when it doesn’t rebound on race week.

Over the last week off, I’ve read some really inspiring race reports, which have ignited the tiniest little spark in my belly.  It will come back.  In fact, just a few minutes ago, I looked at a triathlon picture and thought “I kinda can’t wait to do that again”.  But, to go full force into training right now would probably just snuff it right back out, so I’m being careful with my fragile self.

I gave it 4 months.  Operation: carb and calorie overload may have fueled training well, but was it that much better than last year?  I don’t think so.  This extra weight is definitely making me feel awful and neurotic and I’m back to offhand comments about looking like a cow and feeling a sense of dread instead of excitement when it’s time to play dress up.

I was willing to handle it in exchange for some awesome PRs but obviously that isn’t happening.  Maybe that’s because of my mental state, but I’m thinking that the extra 10-15 lbs aren’t helping either.  So, it’s time to try something else. 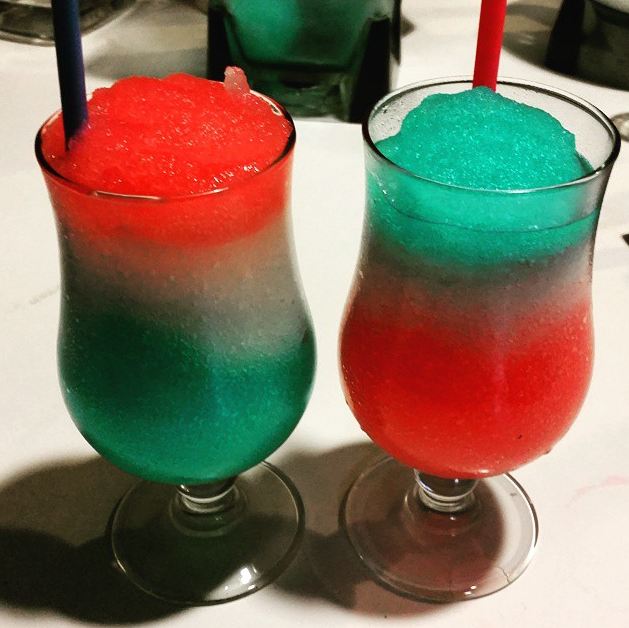 I’m relying on crutches to escape.

Let’s not spin this twisted – I think that a few glasses of bourbon or a few pints of beer is a proper way to celebrate every once in a while.  Whether that is the finish line of a race, a gathering of friends, or sometimes, just celebrating the end of a rather cantankerous day.

However, I’m finding that, intermingled with all the things in my life right now, it’s less of the “hey, let’s get a drink and celebrate”, and more “ughhhh what a day, I need a drink”.  And I’m finding that I’d rather have another than go to sleep sometimes because who wants to deal with tomorrow sooner when you’re stressed?

Theses are all happy times spending time with my husband or friends or out… talking, plotting, scheming, laughing over silly you tube videos, or whatnot, so I’m not spending time being all depressed and crying over my beers or anything.  But, there’s no denying that I’m escaping something.  Not to mention the extra calories, lack of rest = less recovery, and all the other practical reasons why an increase in alcohol consumption might not be a great idea during season.

It’s definitely not that I’m not busy or have a lot going on.  I just find that I end up wasting my precious free time doing stuff like dorking on the internet, drinking beer, or just watching netflix after netflix because I’m too mentally and/or physically out of it to do something more interesting.

I’ve also ducked social interaction or been really reluctant to drag myself out because small talk, or work talk, sounds PAINFUL to me in my crispy crunchy state.

So, what’s the plan?

#1 – Take the time off I need to mentally recover from the year and set myself up to really relax.

I’m going to burn a few extra PTO days and give myself a full 20 days off at Christmas – starting December 15 at 5pm, through January 4th.  I was going to go back for 2 days in the middle of it since the office is slow to save some time off, but right now, what I need is solid time away.

I have a LOT to do to feel like I’m in good shape to leave things for the year, but I’ve been making good progress.  I have been really on top of my to do list, I’ve kept focused, not fucked around on the internet too much, etc.  My goal is to have nothing to fret over during this awesome long break. 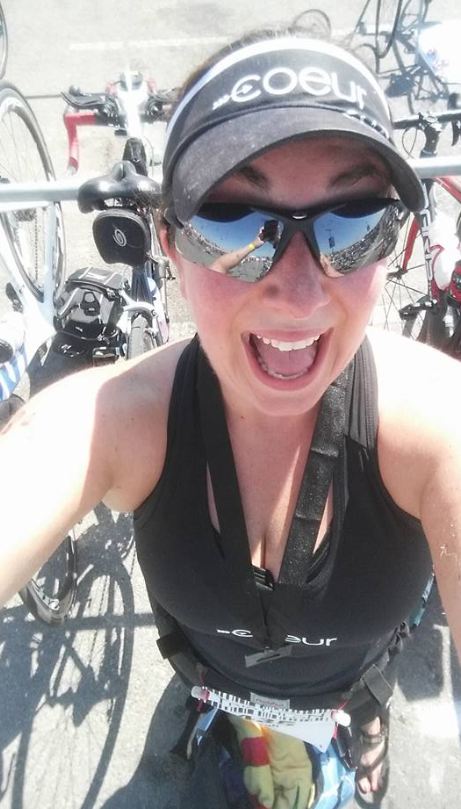 #2 – Wait to start training again until the itch hits me.

I want to remember what it feels like to be *this* about all this stuff.  Physically, I’m fine, my legs feel awesome.  Mentally, I need some time.  I need to be patient with myself so I don’t jeopardize having a great winter season.  My endurance is in a good place to succeed – even if I do JACK and SHIT for two weeks or even a little more, and then start slow from there.

Right now at ~10 days out, I feel halfway there.  I am cranky from the lack of endorphins (I’m a joy to be around at work, let me tell you), but looking at my bike shoes, run shoes, or thinking about jumping into the cold pool or training plans still gives me a bit of the heebie jeebies.  Not yet.  Soon.

I need to run again when I feel the itch and start with as little mileage and structure as I need.  I need to give myself space to bail on runs and swim, bike, walk, do yoga, or just do nothing if I need to to get back to the place where I love sports again.  However long that takes.

I think if the last 4 months of fueling taught me anything, it’s that carbs (even refined carbs) definitely have their place in my diet.  Pasta or a sandwich is not a failure of epic proportions to be guarded against at all costs.

However, I also really miss the amount of fruit and veggies I used to eat.  To hit the calorie and carb targets without completely ODing on fiber I had to eat less of them.  That just never felt right and I’m going to stop worrying about that.  I’m going to keep the stuff that feels good and ditch what felt wrong.

This month, I’m tracking again and I’ll eat 1500 calories per day + activity.  In general.  I’m going to go back at times to a lower grain type existence but not put any hard and fast rules in place.  That means mixing my potatoes with cauliflower again, switching flour for corn tortillas, mixing my pasta with veggies, and all those other tricks I had before to eat nutritionally sound meals without feeling completely deprived.

I’m sure it will take a few weeks to get it on straight, and I mean, who does this during the HOLIDAYS, right?  So, there will be some treats and exceptions to the rule.  But, I think establishing the habits is the main focus this month. 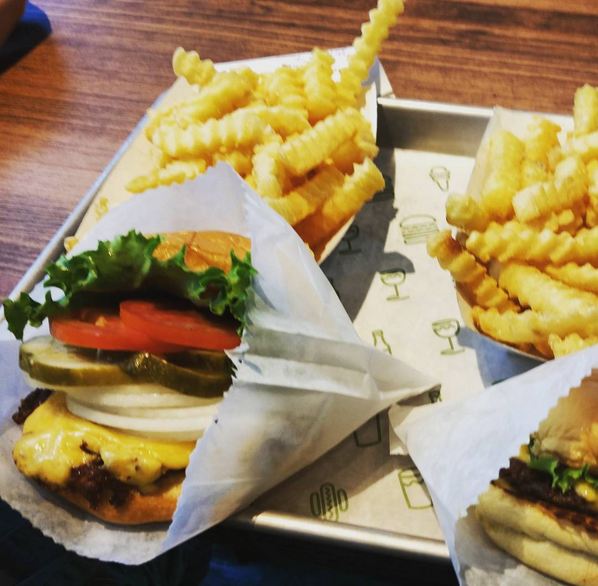 To be honest, with 4 more days of work where it still feels like everyone is in competition to get on my last nerve (sorry guys, it’s mostly me, not you), and some holiday shindigs, I don’t feel like this is the time to really inflict some sort of strict rules on myself.  Also, it’s offseason.  It’s very rare that I get to indulge without worrying about the swim/bike/run implications.

However, I do want to do a few things this month to start good habits:

The one thing I’m sure about is that Facebook is pissing me off lately and I spend way too much time on it and angry about crap.  So, I’m setting a 10-minute a day limit on it. I do like keeping up with family and friends and what they’re doing, and pretty much everyone has gone to using it as messenger so I can’t abandon it, but I’m sick of everyone using it as a way to share their political agendas and other such bullshittery that I don’t need to see on a daily basis.

Honestly, other than that, I’m hoping the boredom thing will sort itself out with the other changes.  If I’m more excited to train, I may want to train more and just feel blissfully tired like I used to and be ok with the totally G-rated version of netflix and chill most nights.  Once I get time off and feel less crispy, I may actually get into something again that I want to dedicate free time to like gaming, sewing, music, etc.  Once I get more rested and recovered, I may find myself wanting to go out more like I used to. 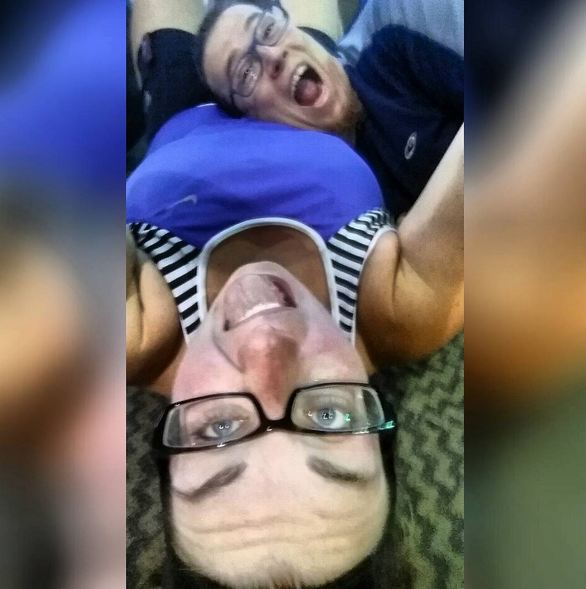 With a map and a plan, I already feel better.  That’s the point, right?  Hopefully concentrating on these things will help me establish some good habits, and roll into 2016 set up for success!