I always say that I want to post shorter, more frequent blogs, but then life gets busy, I find a pocket once a week to spew my thoughts here, and it’s somewhere between 1500 and 1 million words.  Which… I’m pretty sure is TL:DR for most people.

Since this is the first day of vacation, I finally have the time daily to compose some thoughts, so I’m going to attempt to do that.  It’s about establishing habits, and frankly, seeing if this is something I actually want to do or not.

So, embarkation it is.  The first day of my 20 day work break.  The start of my gentle return to being an endurance athlete. I’m DEFINITELY ready for the former, and think last night was an inkling that I’m ready for the latter. 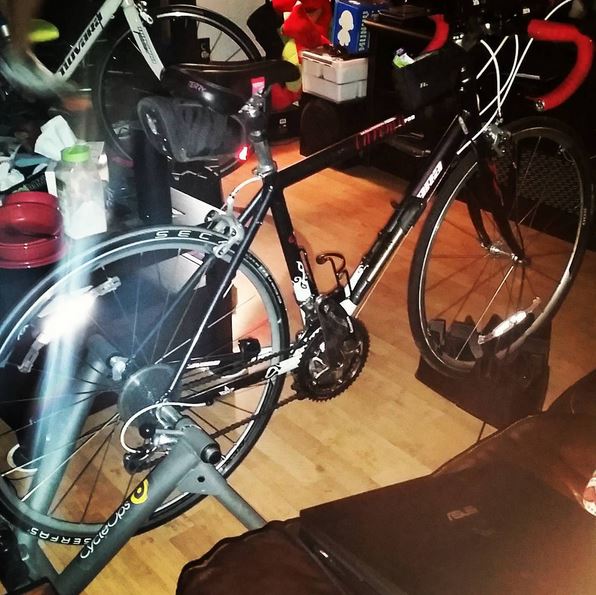 For some reason, I’ve been more motivated to ride than do anything else, so I’ve been rolling with it.  The running will return because I have goals, obviously, but I’ve been indulging the cycling the last 2 days.

Last night, we decided to do a Holiday Light social group ride with our new team (Bicycle Sport Shop) because it sounded fun.  It also sounded absolutely terrifying because:

But, the weather held out and Zliten was really into it and didn’t let me make excuses and we went for our first group ride with our new team.

It was a little wonky to get started, and I was terrified at each stop to tip over so I unclipped both pedals each time, but the actual RIDE was great. I decided I wasn’t going to be scared, even though my headlight sucked and I could barely see,and just enjoy and have fun and… I did!

This was a total social ride, we rolled at about 12.5 mph with stops at lights and some time checking out particularly awesomely lit streets. But I feel like I didn’t totally screw up riding with a bunch of people and had an absolute blast. 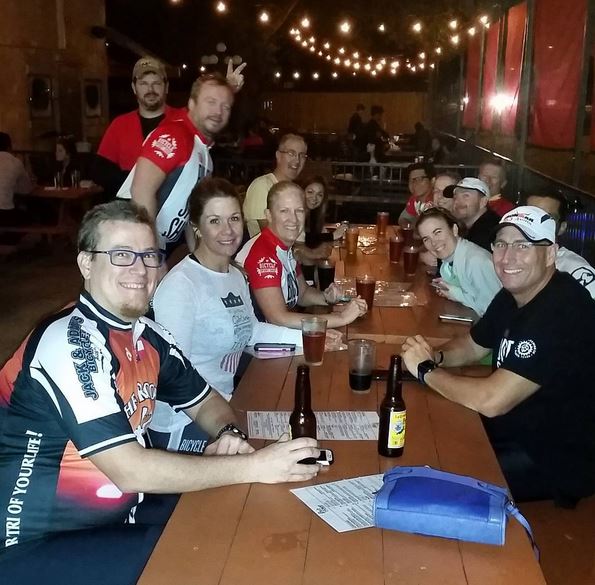 We all sat down and had some beers after, and I can confirm that these are great people and I’m going to try to ride with them as much as I can this year. It won’t be all that much before March because of that marathon thing marathon, but this spring, my goal will be to become completely comfortable on the road with people while I’m not training for anything in specific.  It’s a great way for me to maintain some fitness while working towards another goal of mine.

Also, I think these people are going to be just faster-than-me enough to challenge me on the bike and get better.  I was chatting with a guy who’s bike time at his 70.3 was my goal at Kerrville (and his goal was a little loftier).  This are the kind of people I need to chase around!

Most importantly… this is the most excited I’ve been about any sort of sweaty thing in quite a while. I read some blogs and race reports last night and they filled me with excitement for the upcoming year instead of wistfulness.  I won’t say my mojo is completely back yet, but it’s a good start.