Since we’ve been offseasoning, we’ve had some pretty epic weekends.  This was the first one that we really and truly had kind of a “normal person” Saturday and Sunday.  Sort of.  It was totally the weather’s fault. 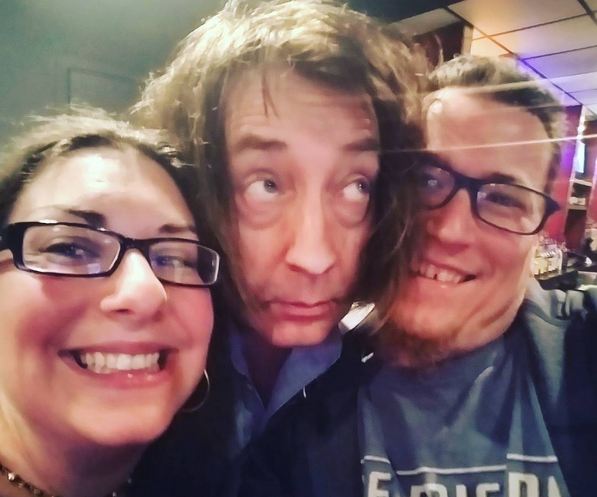 Friday night, we went with friends to see Emo Phillips at Cap City Comedy Club.  I’m pretty easy to please with comedy, but this guy was hilarious (as was his opening act).  If you get the chance to see him live, do it!

Saturday, we took our bikes out to Lake Pflugerville and rode for 40 mins in the rain.  I reinforced the fact that a) we do not melt, b) I am out of shape but probably not as bad as I think, c) now that I know how to properly unclip, I kind of can’t wait to keep riding my bike more. 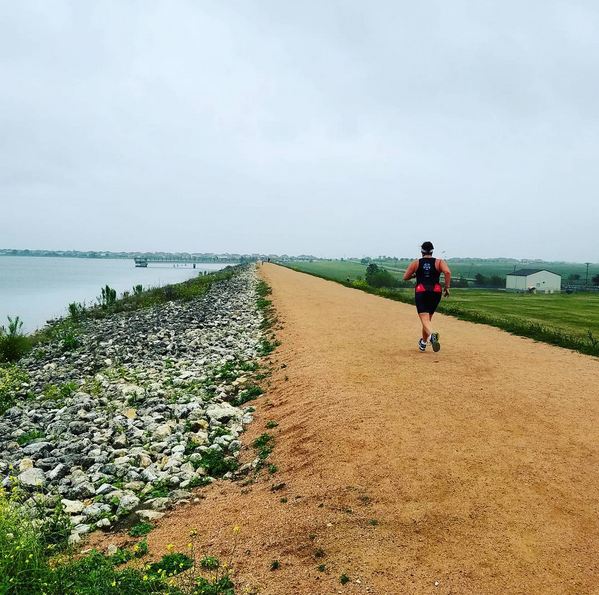 We also ran a mile because a) that’s what you do after you get off a bike at the Pflug, and b) I wanted to get some new header pix for my blog in my new kit at one of the places I typically train.  Feel free to refresh the page until you see it. 🙂  That mile was just under 11 minutes and that is the one pace I have right now.  We’ll fix that later, in a few months.

Kayaking was on the plan but due to the rain and wind we decided to skip it.  We came home and made lunch, and then I was off to a baby shower!  Now, these are not normally my bag, but it was for a very awesome friend and other great people were going to be there who I haven’t seen in a while, so it was a lot of fun.  I mean, look at this creative spread… right?  How could this not signal an awesome afternoon? 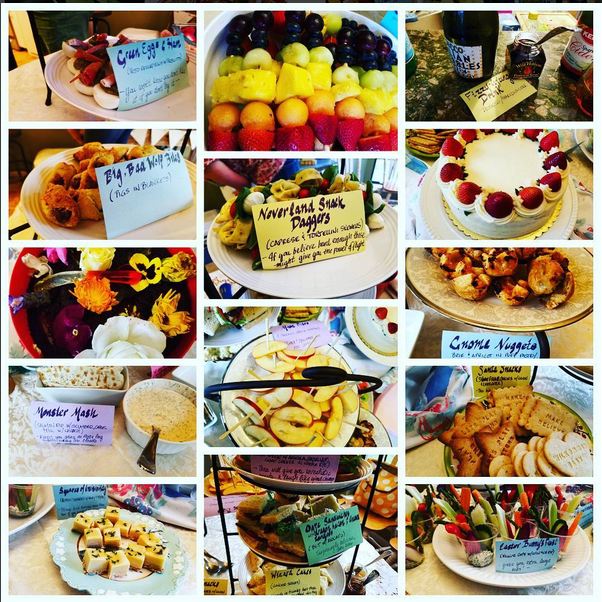 We had planned to go dancing that evening, but between the grey rainy day and being on my feet for hours, we decided on a movie night instead.  How have I not seen the Great Gatsby?  That sent us down a Baz Lurman hole and all of a sudden it was very late and I had vodka for dinner.  Oops.

Sunday, we woke up and I made actual breakfast.  With pancakes and hashed browns and everything!  And… then realized that was about half my calories for the day.   Second oops.  We watched a little of the second season of The Unbreakable Kimmy Schmidt, and then it was vanity clean out time.  We got part of the way through the process, and Zliten pleaded severe hunger, so we headed out to do that (protein style burgers at In-n-Out are actually pretty great) and do some errands.

Four hours later, having been through Ikea, Target, Bed Bath and Beyond, and finally Homegoods, I had the thought… this is what normal people do on weekends.  And it sucks.  Don’t get me wrong, I’m very happy to finally get this done, and over the next week or so, clean off all the other surfaces and cupboards in the bedroom.  It causes me stress to see crap everywhere and be like “ugh, I’m a slob I should do something about that” before I go to sleep.  However, I hate errands and I’m not really a cleaner, so it also causes me stress that one whole precious weekend day was dedicated to this type of normal-assery.  It was only made possible by the shitty weather. 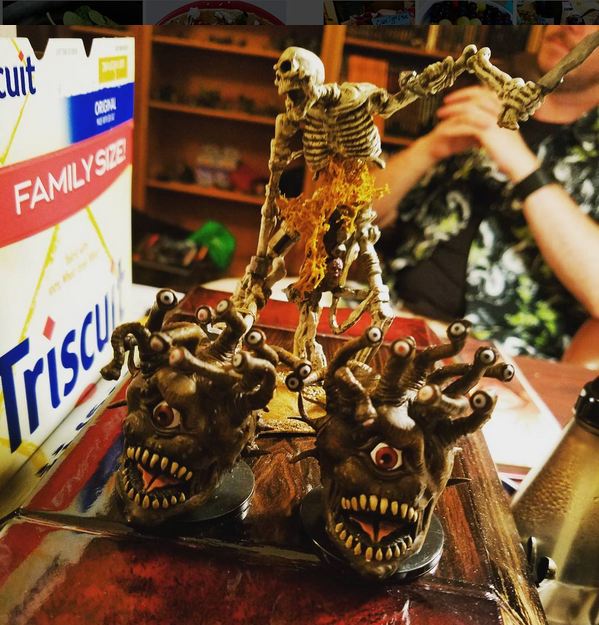 The week preceding it was kind of a blur except:

#projectraceweight is going IMPOSSIBLY slow.  However, this is the first week I’ve had an average weight in the 180s, so it’s something.  Keep plugging along, I will.  I’m finding it hard to believe I’ll reach my goals (even my more conservative ones) right now, but there’s nothing to do but keep at it.  I can’t actually eat much LESS. 🙂

House projects are off to a good start on two fronts – the aforementioned great bedroom clean out and organization, and also, we spent some time looking at Ikea kitchens and it’s time to do some research.  I wouldn’t buy Ikea furniture anymore now that I’m a real adult with a real paycheck, but I have heard their kitchen offerings are pretty decent.  It’s tempting because the price seems right for what we’re looking to do and really EASY, but… what’s the catch?  Where’s the other shoe?

I also got the name of a contractor that a friend recommended, so we’ll pursue that avenue as well.

Biker chick transformation is certainly not complete, but I felt SO much more confident this last week and think that if the rain could just fucking quit it for a moment, I’m a) ready to start bike commuting and b) probably ready to start group riding in a week or two.  I think I’d like to start with the brick session because triathletes give each other more space, it will probably be a gentler experience than heading to another giant group ride.

I’m calling the site done.  I may upload pics into the header as they happen, and I may set up the mail subscription service at some point if I get motivated, but I can certainly live without it.  It makes me happy right now.  Is it wrong that I just spent some time reading random posts because it’s pretty and I like looking at it?

I did weights once last week (Thurs).  I’m still sore (Mon), so obviously I need to be doing them.

I think my scope of “doin’ random thangs” is going to have to reduce a bit.  With friend and family commitments, and house projects we want to get done, it’s probably the one thing that’s going to slide, sorta.  I love the idea of attending stuff like Chicken Shit Bingo or going to random festivals downtown or going salsa dancing, but it’s like… there is only so much effort I have in a given day, and work, friends, family, and frankly outdoorsy type stuff is going to come first.  I guess I’m a little different than I was when I started triathleting and that’s ok. 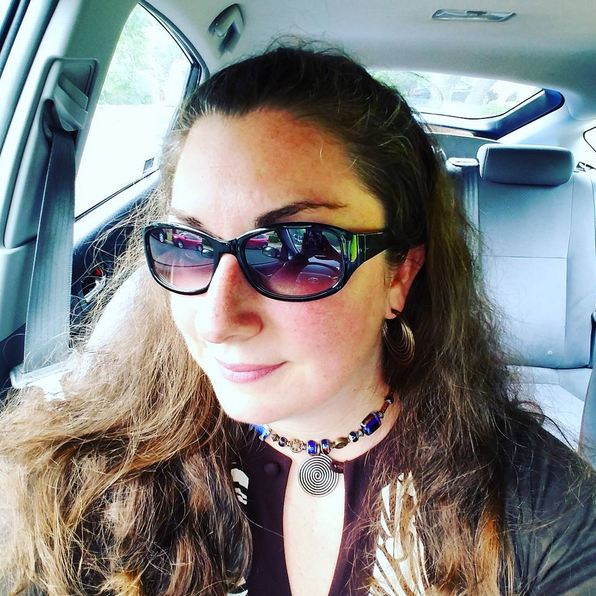 This week is another rainy mess which means my hair will probably continue to look like the mess above, but it looks like it will be clearing up for the weekend.

Nowhere on this list is: eat and drink like an asshole, so I’m going to try to stay away from a lot of that this week and see if I can’t just will myself to be a little bit smaller than I was last week.

What’s your favorite thing to do on the weekends?  Do you like to be outside as much as possible or does nature creep you out?

Camping the Granger, or my #goplayoutside weekend