Marathons hit me right in the feels. 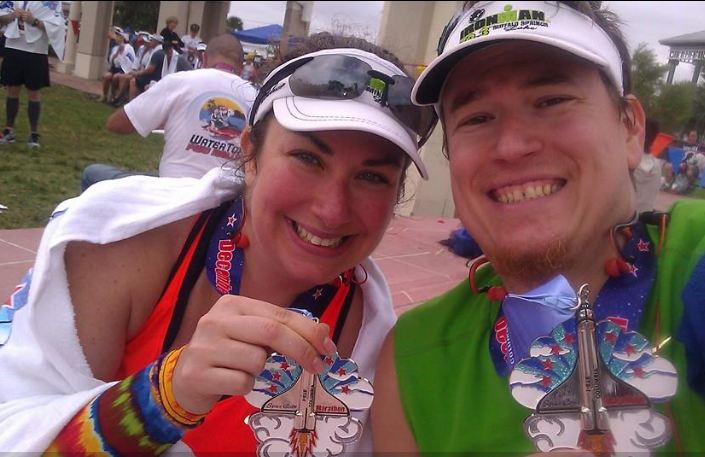 Not entirely sure there’s a better feeling than at the end of 26.some miles.

I mean, after running 26.2 miles, you are raw.  You’ve gone through periods where you’ve felt amazing and then subsequently wanted to give anything just to lie down on the side of the road and die for a little bit or maybe even forever.  You’ve felt the highest highs and the lowest lows.  You’ve spent a few hours with yourself and only your two feet (and maybe a kickass playlist, if that’s an option) and that finish line is the most glorious thing in the entire world.   This is a fact both when it’s a standalone run and especially when it’s after a long swim and bike.

I mean, I love shorter races.  There are so many benefits.  You can race them more often without falling apart (mentally AND physically).  You can be to the beer tent by NINE AM.  Specifically for me, my body handles going short and fast (ish) muuuuuch better than going long.  At least right now.  And, I’m more competitive at these distances.  I’ve never even been within spitting distance of a podium if there’s an Iron or marathon anywhere in the name (even with a half qualifier).

But, there’s something about those longer races.  Maybe it’s the glory (my mother, when hearing how long the race was that I won, was like, “oh, that’s all?”).  But I also love the type two fun of the long days of training, maybe even more than racing.  Even when it’s running for hours in the rain (ok, maybe I *especially* like this one).  Or riding my bike for the majority of a workday, even if it’s in 3 mile circles.  Or losing count of how many laps I’ve done in the lake when it’s the temperature of bathwater.  I live for this stuff.

One thing I have to keep reminding myself is that the ultimate goal isn’t to *RETIRE* from those type of races.  I have no qualms that I’ll be back at the marathon and Ironman distances someday.  However, I want to do more than limp through them.  I want to be strong and fit and light enough to maintain a good stride and pace through 26 miles.  I want to be flexible enough that my range of motion isn’t limiting my power on the bike or my hip extension on the run.  I want my core and upper body to be strong to push the bike in aero for 56 or 112 miles like I do for 14 in a sprint.  I don’t want to train through a bunch of niggling injuries, I want to feel good and ready for training days and when I step up to the start line instead of wondering what will break on me this time.

So, the reminder to myself is to chop the wood and carry the water.  I need to get STRONG before I go LONG.  It will be interesting to test the waters with a half ironman in September and see if I can pull off the run I know is in there if my body would stop being such a flimsy and rigid little jerk.  It will be a higher degree of difficulty dive being in Cozumel (hot/humid), but my two best half iron races have been in similar conditions, so we’ll see how that little experiment of one goes. 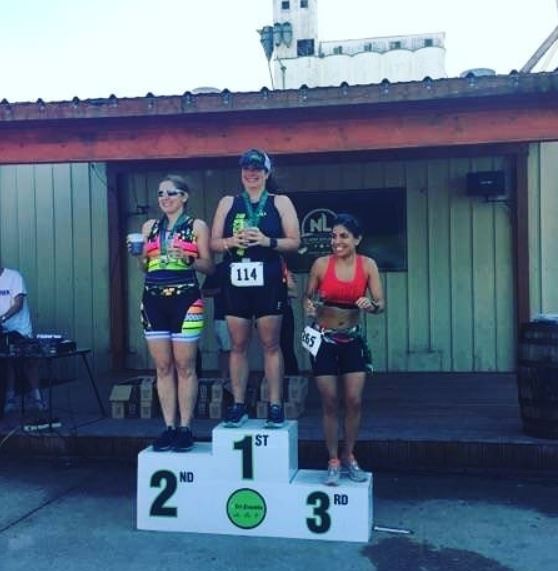 This probably isn’t going to happen for a while so I’m going to use this picture a few times.  Get comfortable with it. 🙂

However, the focus right now is getting ready for the first two back to back races next weekend and the weekend after.  I am much less likely to win either of these but if I have a great day, like a really great day, it’s not outside the realm of possibility to stand on the podium.  It’s going to be all about the bike on these.  They’re both on the hillier side.  It’s really hard to catch me on the flats but going up?  Yeah… not so much… and then it’s all about what’s left over on the run.  I’ve got a stronger run game than I ever have right now, but my legs have not yet figured out how to match that 6- or 7-minute mile pace (I’m barely able to hold 8-something and not consistently), which standing on the top-step sometimes takes.

Backing up a bit again, I hit most of my training last week with some modifications.

However, I think the happiest thing last week was those run miles off the bike.  I ran three more over the weekend, and the splits were 9:07, 9:01, and 8:59.  I’m consistently able to approximately hit that 9 minute mile and in most cases, I have another gear that I could summon on race day.  I’m still not running a lot, but it’s been quality.

Cycling seems to be going well, I’m getting better at the ability to hold higher power for longer instead of just in short intervals.  It’s been nice training on the TT bike outside with the team and trying to chase the faster riders!  Weights work is still continuing even though I’m going through the same phase I always do around this time – where my mentality switches from “OMG I love weights, I need to prioritize this work year round” to “man, it’s really hard to lift, run, bike AND swim all in the same week…. hmmm…”.  But, I’ve committed to 2x week, even if some of those weeks end up me just throwing around kettlebells in my work parking lot, it’s better than what I’ve done previously. 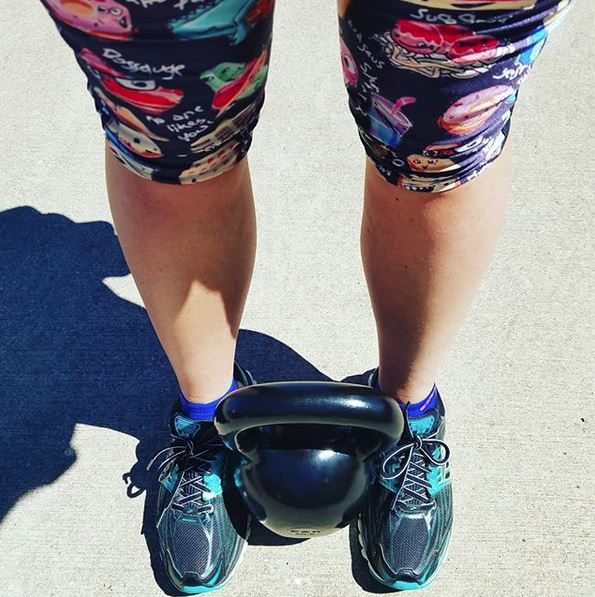 It feels like nothing in terms of hours when I’m planning it, then my week gets super busy and it’s all I can and want to do right now.  And it seems to be working, so I’ll take it and not try to pile on a million more hours.  Yet.

Our post-Easter Easter feast.  My only indiscretion was a tiny sliver of chocolate cake and ice cream, which was plenty.

In the other front to #getfaster, I hit a nice milestone last week.  My average weight is finally back in the 170s (179.6, but still).  Keeping score – this is 6.1 lbs in 4 weeks.  I am now officially lighter than I’ve been since the beginning of August 2015.  I expect this week to be an exercise in frustration because it’s that time of the month in which I feel like a water balloon, but we’ll see how much of that is giving into crappy cravings and eating badly and how much of that is actually my body.

I have five weeks before vacation, and I should be faiiiiirly close to seeing an odd 169.9 on the scale the week before I go if my progress stays even.  That would be RAD!  To keep myself motivated, I’ll remind myself about the fact that about 30 seconds has melted off my running paces in the last 4-5 weeks, and if I don’t eff it all up, another 30 seconds could magically melt off by my last race of the spring.  How cool would that be?

This week should be fairly easy in the grand scheme of things.  I don’t have any social functions, and my only planned splurge is lunch out on the day we ride bikes.  I just have to stay the course and hopefully I can report similar numbers to those above, with a lower average weight! 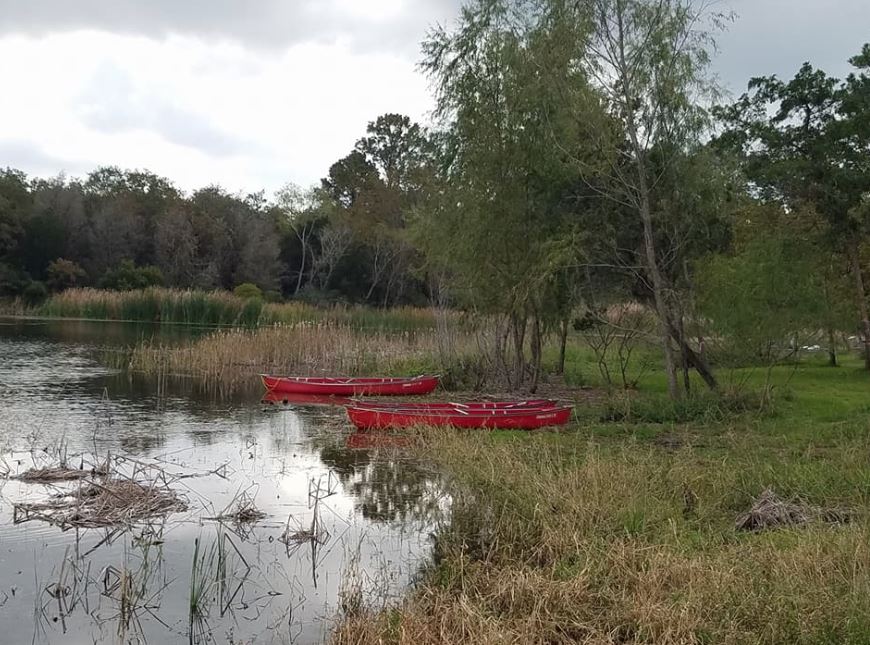 I’ve got nothing related to this section so please enjoy this view of two canoes on a lake.

I am happy to report that we have two CLEAN cars in our garage now.  The kitchen remodel is 100% fully and finally over. *cue the angels’ chorus*

I’m making my way through The Essential Guide to Getting Your Book Published and I’ve gotten to the chapter about how to pitch your book and what you should send in a package to a publisher.  The good news is that this is some GREAT information.  The bad news is that for non-fiction books, you’re supposed to do this stuff BEFORE you write the whole book.

I decided it wasn’t a terrible thing.  I have proved to myself that I could finish a first draft.  For my own confidence, that’s a wonderful step.  However, I will probably never put together almost 300 word doc pages again before I do this again because it’s a great judgement on whether you SHOULD EVEN WRITE THE BOOK.  It will be a great exercise with the 3-5 other ones knocking around my head before I dive into the deep end with them.

However, first on the docket is editing and reading and letting my husband read it.  He’s getting antsy.

By the end of this weekend, I would like to have another video recorded and at least the background of my next painting done and our workout room tidied up.  But only if it’s not stressing me out to do all that stuff.  Because it’s triathlon season, and that means adulting and crafts get ignored unless I feel like it.

Also, I’ve currently decided that I’m going to look into is selling my digital photography.  My husband, under the influence of vodka, bought me a really nice new fancy digital underwater camera that actually takes pictures in the proper format to do this, so my goal is to see how long it will take to make back the money it cost to order it! 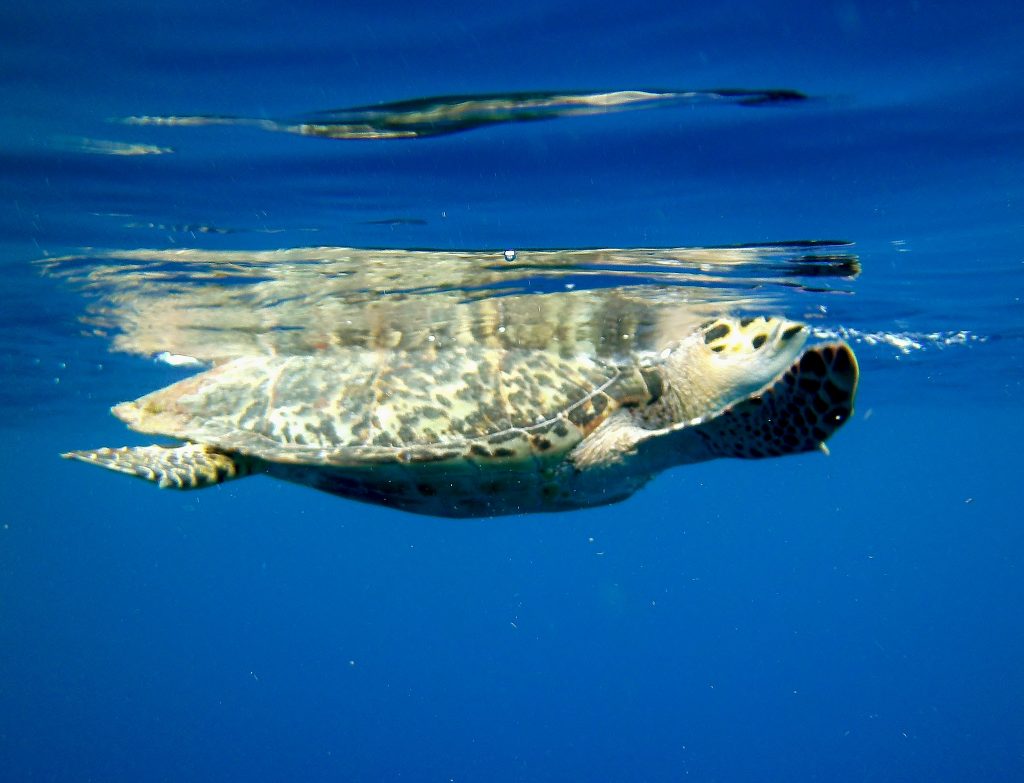 I figure this *might* be worth something to someone besides just looking pretty on my social media and blogs.

And on that note, I’m going to take my unfocused self (squirrel!) and go focus on something.  Happy Wednesday!