Recaps haven’t felt like the right things to write lately, so I haven’t been doing them.  2019 is the year of different, I suppose. 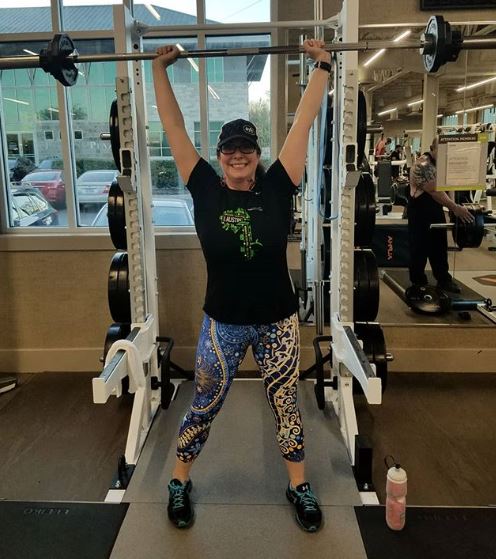 I feel so… engaged with everything in life right now.  I’m drowning a little, failing a little bit at everything, but I don’t mind in the slightest.   Ok, I mind, but it’s EXCITING!  Forty, and the months slightly before and the days after have felt very new.  It’s like turning the page into a new decade has come with some fresh perspective and renewed vigor that had been lacking lately.

There’s this curtain of fear that had been hanging heavy over my head, that feels like it’s been lifted.  I mean, shit, I’m still afraid of things.  However, because we are what we repeatedly do, it’s getting easier to analyze what I’m feeling and move on.  Yes, I’m afraid of a thing.  Yes, it’s either for a stupid or actually good reason.  Yes, it’s still something I want to do, even if I’m feeling that friction.  Yes, I’m going to effing do it anyway.  And I do.

Early this year I was offered an opportunity to talk at the big SXSW gaming convention on a panel about Building and Maintaining Online Communities.  I pushed away all the haters in my head telling me how scary that would be and how maybe someone else would be better to represent our company and instead jumped at the chance.  It’s easy to do that when it’s two months away.  As the date approached and I started writing notes and meeting with other folks to help solidify what I wanted to say, it started to become real.  And real is scary.

I told anyone that asked that I knew words would come out, but it was up for debate whether it would be the right amount of them and the right ones.  To that end, I wrote many pages of notes, figured out what I really really wanted to express, and practiced by actually talking about these things out loud, which I’ve found helps me when I have to give big talks in front of people.   Three days before the conference, our moderator had reswizzled the questions and I spent time studying and rewriting my notes.  I showed up to the conference with 5 pages of highlighted points of discussion.

When I got to the venue, it was not a table with chairs on a stage as I expected.  It was a collection of oversized chairs, raised, on a stage.  I had nowhere to place my notebook and I couldn’t rely on the crutch of reading from my notes.  I started to freak out.  A lot. 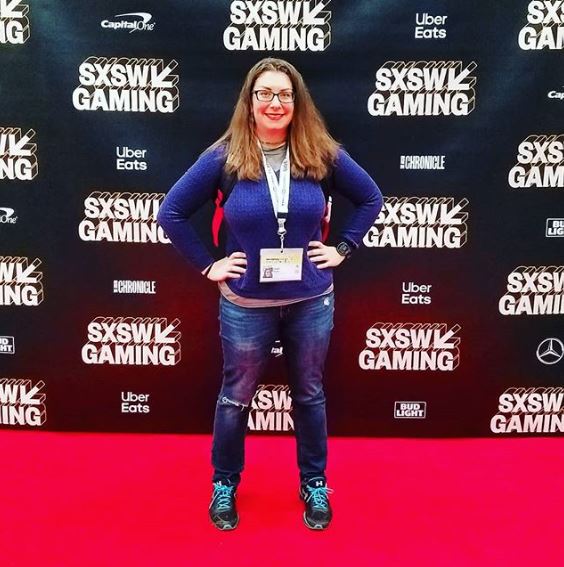 Riding a wicked post-panel high.  Exhaustion followed.  It took more out of me than I expected.

But, eventually, I settled into a mindset of que sera sera.  I just had to prepare differently.  I translated my five pages of notes into a one page crib sheet I could glance at from a side table, and I also spent an hour before the talk reviewing what I wanted to say queueing off THAT sheet instead of my “script”.

The panel started, and for the hour, I felt in the zone.  Competent.  Comfortable even.  The haters in my head were banished from the room, and I was charismatic, and smart, and even occasionally funny when the moment warranted it.  There are so few times in life where you get the opportunity to walk away from something so very important and feel like you just EFFING NAILED IT, and on March 15th, I got that opportunity.

I’m attempting to bring psychology principles back to the forefront of my life again, and it made me think of Maslow’s Hierarchy of Needs.  So very rarely do we get to feel the top of the pyramid, self-actualization, realizing one’s full potential.   And to be honest, I’ve not gone back to watch the talk (though YOU CAN if you want) because I have such a rosy glow from it.  However, I’m really proud how I took a situation that caused me a little strife and overcame it, and actually found a new “gear” in my public speaking capacity.  If I really find my center, I can actually present without notes, or at least, many of them.  I don’t need lines, I can actually improv if it’s a subject I’m knowledgeable and passionate about. 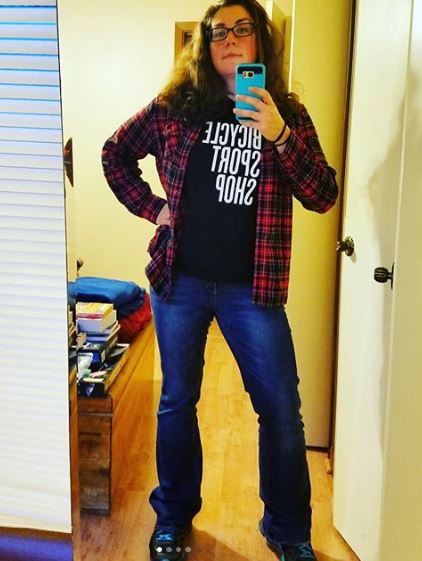 Pic unrelated, but proof that I still actually wear stuff that’s not skirts and boots these days.

If we’re delving further into things that go bump in the night in my brain, asking for help is a big huge scary monster for me.  While I enjoy helping other people, for some reason, when I think about asking, my brain lambasts me with doubt.  “Why would anyone help you?  What can you give them?  Nothing?  Then why would anyone waste their time?”  With my theme this year of feeling the fear and doing it anyway, I’ve reached out no less than three times in the last month, expressing vulnerability (so terrifying) and asking for help.

Oddly enough, because humans are inherently social beings that want to be connected to other people and asking for help is indirectly expressing “I recognize you are COMPETENT at this and I want to be like you”, three out of three times so far have been incredibly positive interactions.  This is news to no one but me.

While I don’t feel like my exploration into confidence and courage have ended because, damn, I can’t imagine that’s not a life long pursuit, my focus has translated into COMPETENCY.  I talked about how I’ve either subconsciously or consciously played down my abilities most of my life.  I’ve decided that playing small is not a service for me or for the world, so I’ve attempted to reverse the self-deference which is my natural habit, and be who I truly can be.  That sounds so trite and weird, but it’s been a big thing for me lately.

I’m delving into things I am not experienced at with work and when I make mistakes, instead of feeling a HUGE shame response and disengage, I’m just asking how I should do better next time and working harder.

I’m using the big words again.  I’m sounding like someone who knows their shit instead of doubting myself.  I’m asserting myself in the areas in which I know I’m experienced instead of shrinking down.

I’m setting out at paces on the swim, bike, and run that scare me, and I’m finding that if I get out of my own head, I can back them up without fizzling. 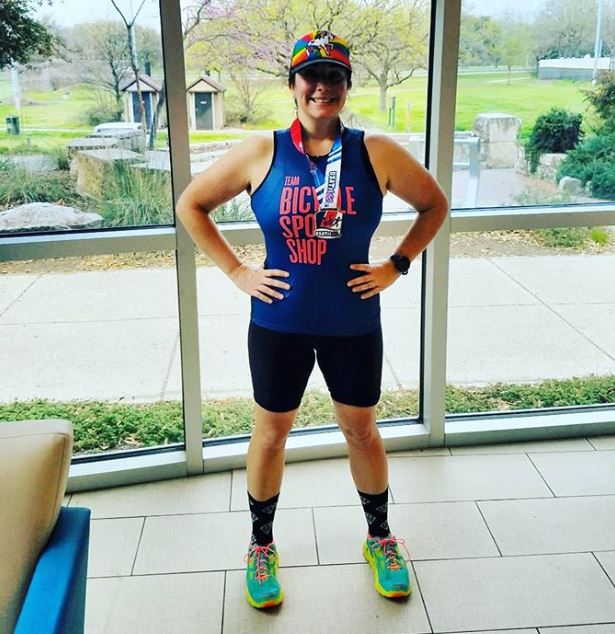 This was a good day where I went faster than I ever have before.

I wrote this down in a scratchpad late last year – “Think of all the things I could do if I didn’t let fear stop me.  If I just hit each roadblock, and instead of stopping and pouting because it was a little hard, intimidating, or scary, just strategized about how to get around them and to the next checkpoint.  Think of where I could be then!”.  I feel like I’m making strides to actually live this in reality.  I’m not only talking the talk, I’m starting to walk the walk.

My life right now is incredi-busy and kinda stressful and overfull and brimming with challenges.  And I am loving every minute of it.

A crack to let the light in – Austin Indoor Tri