The Woodlands Half Marathon: It Happened

I almost don’t feel like writing this, because it really just felt like a nice long run to engage my metabolism to make the first couple days of cruise eating a little less damaging to the waistline.  But, a race is a race, and a recap we will have.  Same with goofy pictures.  It’s tradition.  This is why you’re all here, right? 🙂 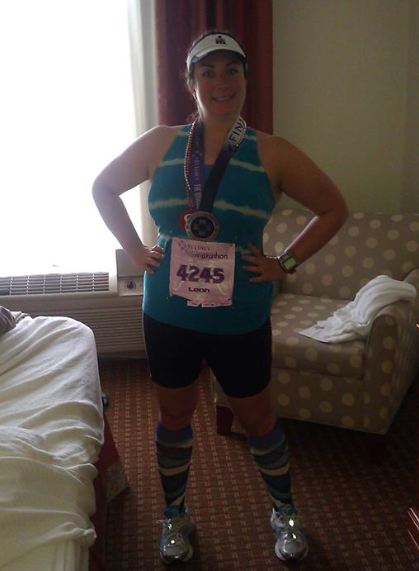 Typically, I try to baby myself with rest, recovery, all the right foods at all the right times, but this day just didn’t work out so well.  The night before the night before saw us packing and up until about 2 am when we had to be up at 6:30, and we had some wine.  Like, a decent amount.  Typically this is a huge NONO for us race week, but we were stressed, we broke down, and even if not the best physical decision it was a good mental one.

Then, we ended up driving and picking up packets and getting to dinner around 8pm and I was STARRRRRVED.  I had so much bread, all the pasta, salad, and I KNEW it was a gamble being so late, but I also knew going to bed starving was a gamble so I indulged.  Then, we had a hotel snafu – we were booked in the SOUTH location, not the north, so the nice 1.7 mile walk to the start line?  Not so much.  Oh well.

The good news was being so tired, I slept well in spite of eating late, hotel stress, and everything else, and woke up feeling fairly decent.   My hair, however, was a different story. 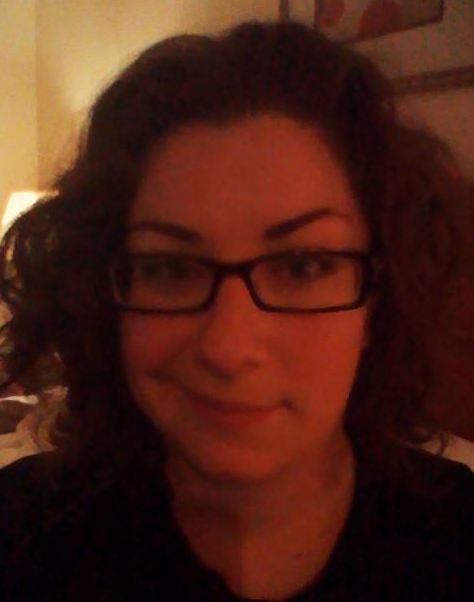 I did the normal morning things (poop, half a starbux mocha, half a bar, etc etc) and got to the start line feeling… there.  Earlier in the week, it had called for about 45 and I was thinking “ok, more PR weather, I’ll give it a go”, but I showed up to high 60s/low 70s, and 100% humidity (which is a weird state of weather where it’s not raining, but you can see water in the air – bizaaaaare).  Between where I was at and where the weather was at, I decided that “go out fast, hang on” was not going to be a good strategy today.

I decided to institute two goals:

1. Stay in the moment.  Often I sabotage a race by focusing on how far I have left to go, so I wanted to just think about the mile, the song, the moment I was in.

2. Negative split.  I didn’t feel like I had the juice to rock the whole race, but I wanted to try and put the hurt on the back half of the course. 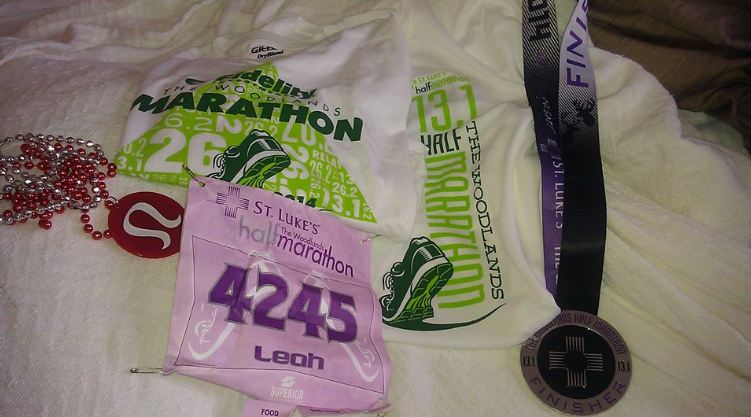 Zliten and I started together, and I just attempted to run a smidge beyond comfortable.  I also rocked out to my tunes and had karaoke party, and was having way too much fun.  I think Zliten thought I was a little nuts (I was galloping to Dark Horse and dancing to What the Fox Say?).  We ping ponged back and forth a bit, and he took off like a bullet up a hill around mile 3 and I lost him.

I also switched my handheld to the other side around there for a break and ca-thunk… my mid back (which usually gives me no issues) decided to erupt in a ball of pain.  I started thinking “OMG 10 miles of this?” and then remembered goal 1.  I changed my thinking “ok, mile 3-4, figure out what the back problem is and fix it”.  I switched my handheld back to my right hand, and stretched out a bit and it didn’t feel *fine* but it felt *better* and *tolerable*, aka, no permanent damage, I was just going to be a little sore for a day or 2 after.

Zliten was wearing a green top and for some reason half the race was, so I kept fishing for people wearing green and came up dry.  I was not yet at the point where I wanted to turn on the heat though, so I kept running that fast/comfortable pace, not worrying about my watch.  I kept setting goals each mile to focus on which kept me amused and not flailing, though it does seem like a mile in the Woodlands is longer than a mile in Austin.

I had decided that I was going to run the first half easy, and then at mile 6.5 hit it hard.  I hit 6.5, my power song came on, and I kicked it down to ~9:30 to see how it felt.  I held that for about half a mile until I realized I hadn’t had any gels/chews, and only some of my gatorade, so I did that… and then my stomach REVOLTED.  I almost had to find a tree.  The feeling came and went, so I never actually dropped the kids at the pool, but I really thought I might be in trouble at some points.  I never found porta potty without a line, and didn’t think that this late in the game relieving myself would equate to a time gain, so I dealt with it.

Considering I had half a gatorade and two 10 calorie chews, and I was pushing as hard as possible through some severe GI distress, there was no way anything else was going in there.  I even tried water around mile 9, and paid dearly.  So, I decided that I would just ride it out sans calories, and see where the bonk happened.

It happened at mile 11.  It felt like quicksand.  And instead of getting stressed about it, I just decided to have fun.  I got two strings of beads.  I high fived kids.  I hit the *POW* signs.  I saw my pace drop back into the 10s and 11s even at times, and that was fine.  I ran as hard as I could, but I didn’t stress.  Finally, the end of the race came, I hit the finish, and found Zliten.

He PR’d like a mofo – 2:11.  This race (hot, hills, humid) was his jam.  Not mine.  I immediately got my medal and two full waters (so dehydrated, and now I could shit my shorts if I had to), and did the stupid line shuffle for finisher shirts.  Dear race organizers – after a race I want my medal, WATER, GATORADE, and FOOD in that order, and then after that, I’ll take care of any other bullshit like lines for shirts.  Don’t make me wait 20 mins post race for my shirt before I can get calories in.  I seriously made Zliten wait in line and I curled up on the grass. 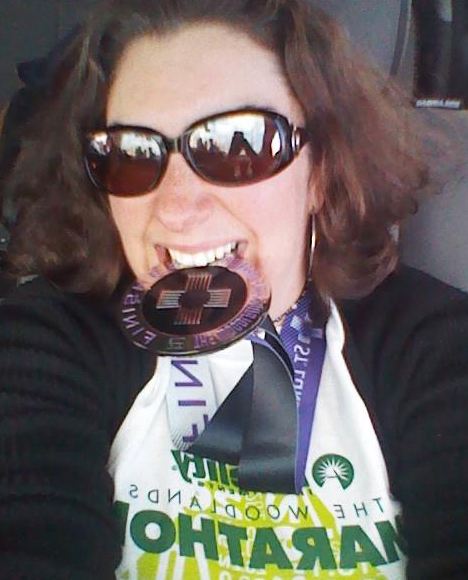 Got my shirt, and was a little disappointed that the guys were AWESOME BLUE and the women’s were WHITE.  Bleh.  We went to the beer tent and I forced down a beer curled up in a fetal position because the food line was so long and at least it was calories.  Then, I found some porta potties and it was a fine line between horrifying (me) and beautiful (the relief I felt).  I can NEVER poo right after a race, sometimes it’s a whole day, so something DEFINITELY was afoot at the circle P.

The result: 2:19:34 for 13.21 miles.  While I’m not overjoyed about the result, and I definitely didn’t have a good race, I’ll take 2:19 for not-a-good race.  I know I would have been capable of better on a different day where my stomach cooperated and I could have gotten in calories and it was just me vs the road and how much I could push myself.

This was also good fortitude training for tris – the run part is very hit or miss for me, especially with how I feel, and I was able to work through a good amount of distress without slowing too much or walking.  I definitely didn’t negative split, but I did keep myself in the moment, so one out of two isn’t bad.  Also, I got to go here immediately after – so I had zero complaints. 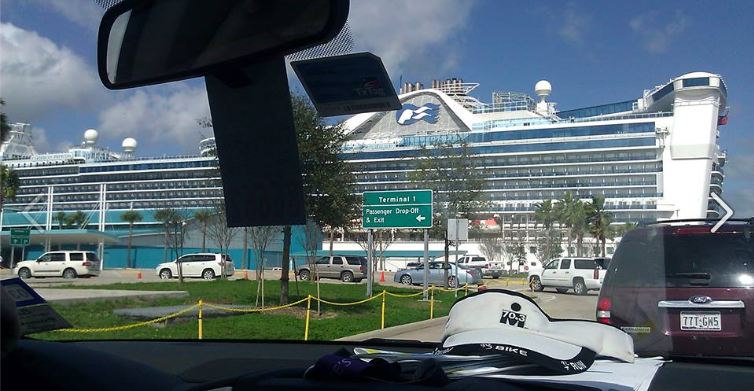 I have the Fairview Half Marathon in 3 weeks, and Austin 10/20 the week after, so I’ll have two more cracks at a really stellar double digit run pace.  The next three weeks will be pretty high run volume, so I’ll either come into those feeling awesome and capable, or burnt or tired.  Neither are my A race, so we’ll just see how the legs show up!