So, so busy with work, and I’ve learned that if I don’t fill my life with training, I jam pack it with other things, so this whole free time thing I thought I’d have?  Yeah… not so much…

However, I wanted to pop in and share a few offseason things.

Lessons a water slide taught me: 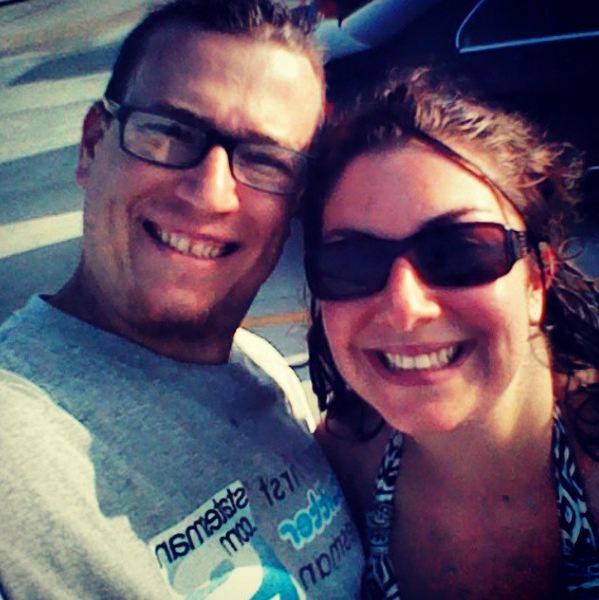 We obtained a season pass to the water park approximately two weeks ago and have gone four times (and plan on five and probably six this weekend).  It’s not the largest park but it has a wave pool, a lazy river, and about 10 different slides to go down.  This is where my inner child comes out to play, I can’t be stressed or sad or down at the water park.

We made it through all the slides but one – and it’s a doozy.  You start by ascending six stories up.  Then, you step onto this clear plexiglass platform and a clear “coffin” closes around you.  There’s a countdown and then the plexiglass drops out from under you, and you shoot straight down those six stories, hoping you don’t die, and also hoping that you don’t get a free chlorinated enema.

I had no interest in this slide, but Zliten decided to go ride it.  I told him to go without me.  I sat at the bottom of the slide for about two minutes, and then ascended the stairs, waited in line with a bunch of other scared people, climbed on that plexiglass (and started to climb off but stopped myself), listened to the countdown and screamed my ass off when that plexiglass dropped me.

And, yeah, it was terrifying, but it really wasn’t so bad.  The antici…..pation was the worst part.

And, I learned that I remain the type of person who would rather be terrified than bored.  And I like that. 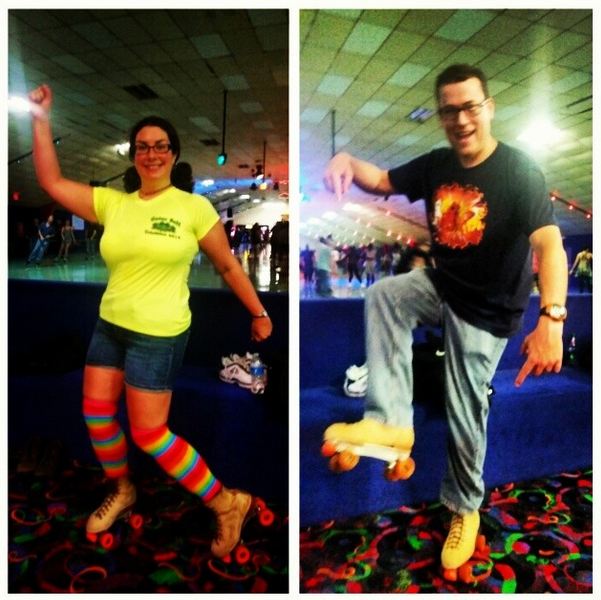 I used to love roller skating as a kid – besides my bike it was actually a main form of transportation for me, I didn’t just do it in a rink, I skated all over town.  I got pretty good and tricksy on my four wheels – while my friends were rollerblading, I enjoyed the stability and front stopping of my skates and could do some jumps and spins and the like.

Of course, I hung up the skates when I started seriously doing gymnastics, and I’ve only just started getting back on skates occasionally in the last few years at adult skate night.

It always takes warming up (holy crap, how did I ever use these things), to feeling decent on my feet, to feeling fast and nimble going forward (so it’s time to start being silly and dancing while skating), to feeling brave enough halfway through the night and go backwards.  Then, I start the progression again of feeling awkward, to ok, to pretty good and then backwards skate is over and I turn back around.

By the end of the night I’ve gotten brave enough to do some eagles around the corners, maybe a shoot the duck, and maybe even some spins.

Could I enjoy a night of skating forward, slowly?  Maybe.  Probably not.  Because I know I can do more.  Going backwards the first time or doing the first trick is a bit scary, and I know it’s above and beyond the requirement to have fun at the activity I’ve chosen.  However, to me, it’s boring.  And I’d rather be terrified than bored.

Also, my choices for activities show that I’m about 11 years old, but we’ll leave that one alone this time.