Life is beyond super busy, but it’s been a while so let me drop a marker in the ground with how it has been. 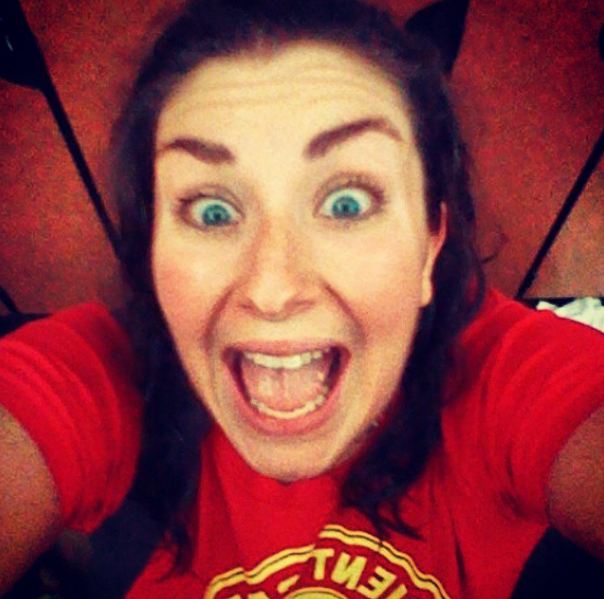 Last year, this time, my run game was totally on the up and up.  I found speed and endurance and just about every run was like sunshine and puppies and rainbows.  After a legitimately shitty period of running legs during 2013 triathlons after sustaining a knee injury in the spring, it was like being a butterfly that emerged from a cocoon.  It was like, 3 weeks after tri season ended, my running attitude and aptitude somehow pulled a 180 and I was on top of the world.

This year, I’m still in that cocoon.  Mostly.  The wings might be starting to poke through but the transformation is not as dramatic as last year.

It’s a bit unfair to compare.  Last year my run was SO SHITTY during tri season that I really had nowhere to go but up. I was running so below my capacity it was sort of… how could I not run better?

Last year this time, it was so much more temperate bordering on chilly.  We’re finally having our first morning where it’s below mid-60s and humid at dawn this weekend (and actually, mid-60s and humid has been the best of it, it really feels like summer has just continued on, really).  Last year the weather was pretty much perfection from Kerrville to Space Coast.  Not so much this year.  Last week’s run ended at 86 degrees on the thermometer and feels like WTF.

Also, I think I raced Kerrville harder this year, and then went on vacation, and then spent the first week back with my mystery sickness/allergies, and then decided to wreck my bod at a crossfit class and post my slowest run of the year after.  When you have only TWO three week blocks to train, and one of them is just hampered with issues, it’s not exactly a confidence booster.  Another 180 from last year, where training just sort of cruised along.  I was kind of scared of how good I was doing last year, this year I’m scared I’m not improving at all.

However, the goal for the last three weeks was simply volume, and besides the first week, when I was sick, I nailed it.  I just expected the easy pace to drop off a little quicker like it did last year.

Midweek miles have just been runs.  A few hilly, a few hot, some before work, some after, some at lunch, some with headlamps, some in full sun.  I’ve put a *little* effort into parts of a small handful of them but mostly they’ve been miles, easy pace/effort.

Week 2 and 3 had long runs (because I’m not counting 6 miles as anything but “holy crap I’m still recovering”).  My 16.5 miler (15-18 planned) was… how shall I say… a character building experience.  Everything felt *off* immediately and never got better.  I was cranky, I had technical difficulties with my music, it was HOOOOOOTTTT and I really just hated every step of it.  Not the best initial long run of a short training cycle.

However, I realized even during the crappy run that it was good mental practice.  Last year, with the weeks of sunshine and rainbows, I showed up to the race feeling off at mile 1 and it threw me HARD.  Now I know that not feeling awesome isn’t an emergency, it’s just one of the cards you draw on the day where you toe the line.  It’s just a longer day of managing that. 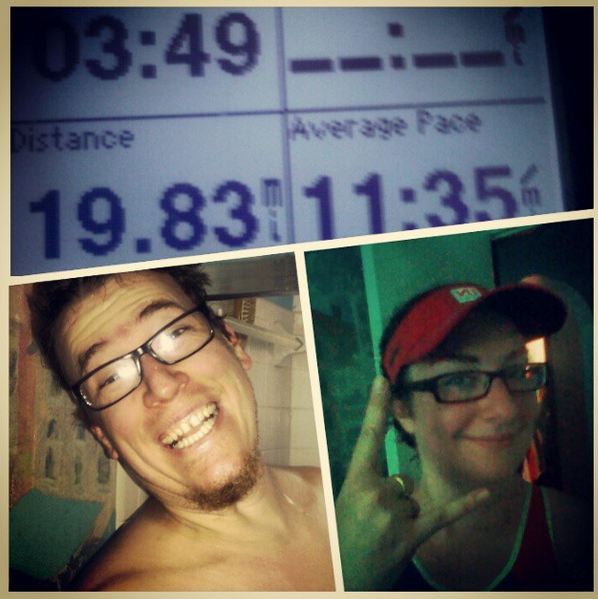 Last Saturday was our first 20 this year.  Suffering through that painful 16.5 brought some mental toughness confidence, but that 20 gave me the other side of the coin.  This was just a super pleasant, floaty, mostly painless, happy fun run in spite of just about everything crapping out that day.  Who gets a floaty 20 miler?  That shit is supposed to be hard, right?

My headphones broke at mile 7.  We didn’t bring enough money for gatorades and had to beg for ice/tap water at our second stop.  It reached 86 and was full sun by the end, which was actually hotter than the week before.  But somehow, this one was just a-ok super fine.  I mean, about mile 17, it got to be some effort.  Before that it was just playing around outside.  And this was exactly, on the nose, marathon pace from last year.  Just sublime.  This was the run I was waiting for, for sure.

This week is stepback week, and then I have four more weeks until the race after that.  With these short blocks, it seems that the first half is slogging through a base build, and the second part is where I find all the fun gains when I push myself a little.  Here’s hoping!

A few things I’m looking forward to in the next few weeks:

Honestly, right now, I’m targeting about the same finish time I was targeting last year – around 4:40.  This is a time I fully believe I could have at least came close to if I had the right day, and didn’t blow up between miles 13 and 20.

And maybe that’s what 2014 is about.  Having the right day, against whatever else life throws at me.  I’ve been able to have some good solid races this year, races where I’m executing on the day on paces that are either at or above my expectations with my training… so… I’m hoping to continue the trend November 30th. 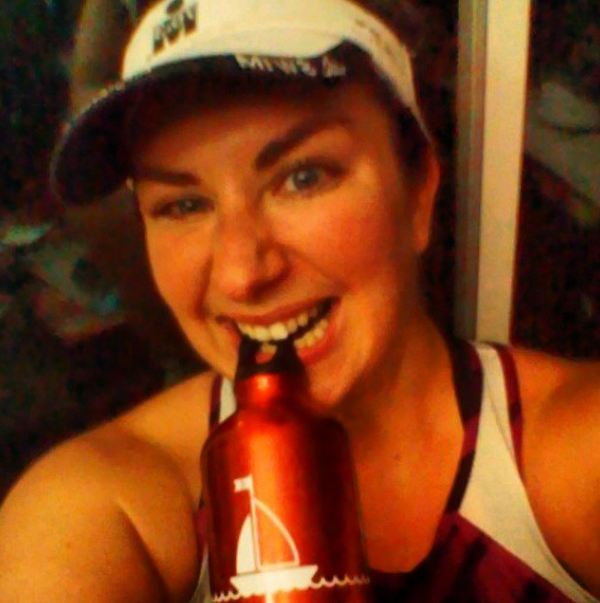 I’m trying to get in the habit of doing the DOZEN twice a week.  It’s a great set of strength sets that works everything BUT your main running muscles and leaves you fresh.  Sadly, it has also illuminated how terrible I have gotten at pushups, and I’ll be working on that.  Only being able to do 13 from my toes is a little bit embarrassing.

I’m really trying to stress the stretching, foam rolling, and recovery.  I get away with a little more during tri season since swimming and easy bikes tend to loosen me up pretty well, but only running wears me down more.  More relaxing on weekends instead of being everywhere, ice baths, and taking care of myself is on the plan.

I’m sticking with the fruits, corn, and potato for carbs type thing but I have gotten a little lax.  French fries are TECHNICALLY on the list but I probably shouldn’t get them as often as I have been.  I’ve been eating beans not instead of other carbs but with them.  I’m going to get through Halloween (being reasonable), and then redouble my effort from now until the race (with an exception for Thanksgiving, of course).

I think it may be worth tracking at least part of my food intake.  I may spend a week or two tracking everything that’s not veggies, fruit, meat, nuts, non-sugary dairy (cheese good, ice cream, bad), or running fuel.  I have no idea how many calories I’m eating right now, and don’t really want to know, but I think that having to track outside that realm means I’ll eat less of the other stuff.

Had my every-few-years blood draw and doctor confirmed I am a perfect specimen.  The only thing she said was outside OPTIMAL (but within normal) was my B12 and D3 levels, so I got me some suppliments and I haven’t really felt much change, but I am only a month out of recovering from a hard race, so this may shine a little better next year.  Also, she said eating a little MORE red meat might be helpful.  Odd when your doc tells you that, right?

I still am trying to figure out music on my runs.  I’m using my phone, which is old, and heavy, and tends to turn the volume down during and lose connection.  The benefit is I run with music a lot less and mind it less too, but I do like some tuneage to motivate for particularly long/hard sessions.  Also, I used to use a music service (zune) for 15 bucks a month that worked for both me and Zliten, and I got 10 free songs per month.  I’m not sure how I’m going to beat that. 😛 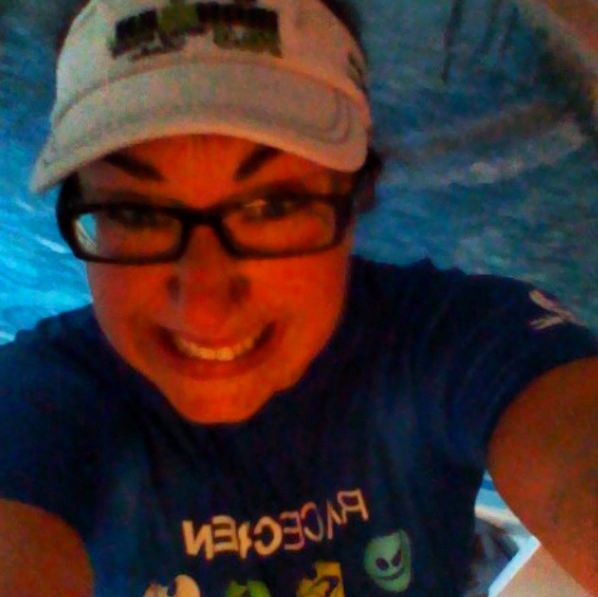 And on that note, back to busy life.

Question of the week: Any music player/service suggestions that don’t start with i-something that you love?

This is how it ends…