Merry Christmas from the Donna the Iguana! 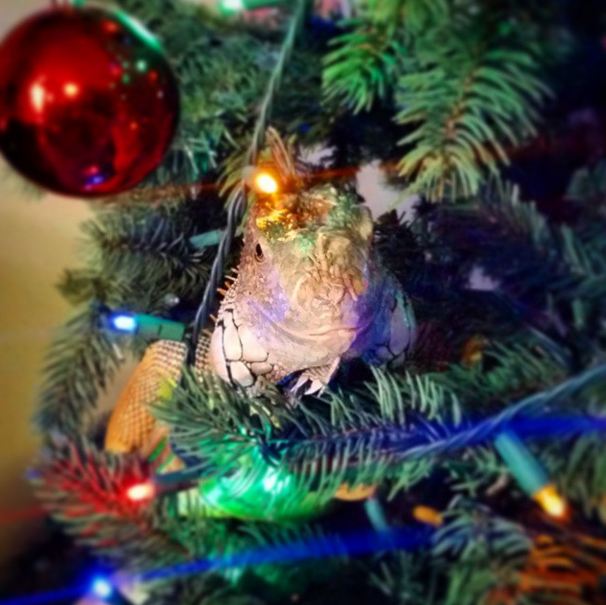 I am not a cold weather fan, and I’m probably just counting the days until the waterpark opens again, but I do love this particular time of year.  The lights, the tree, the music, and it probably helps that my husband just kind of a Christmas nut, so we do it up.

However, once it’s grey and January and there’s no Christmas lights up it SUCKS, but we won’t think about that yet since I have another two weeks or so to be happy and/or merry. 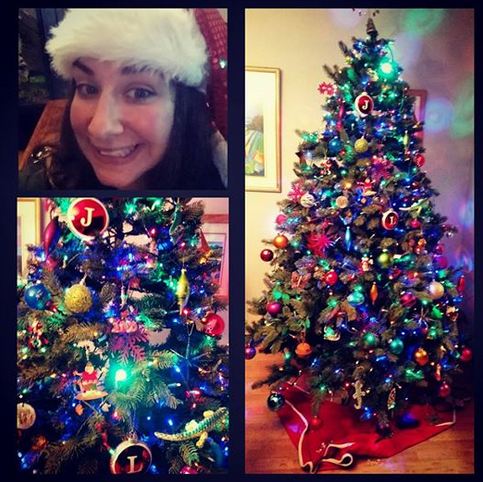 Another thing I love about December – everything has slowed down a bit around here (very, very thankfully) and it’s a time for relaxing and reflection.  And some running, don’t get me wrong, I still have a race in 9 weeks and 4 days, but I’m still on the zen hippie plan over here.

1. No electronics.  I haven’t brought my garmin, my HR monitor, or my phone (music) on a run yet and I probably won’t until after the new year.  A year ago, you could pry my electronics from my cold dead hands, but during the right periods of time, this year I learned that it’s nice just to let go and just go move.

2. I’ve had rough mileage goals last week (wanted to hit 30 run miles, hit 32), and I will for the next two as well, but they’re suggestions.  They’re also gauging my big February decision: 13.1 or 26.2 on the 28th.  Right now I’m ok with it being up in the air, and my mileage totals and body condition will influence that decision greatly.

3. Some bike, some swim, some weights, but they’re not a focus. 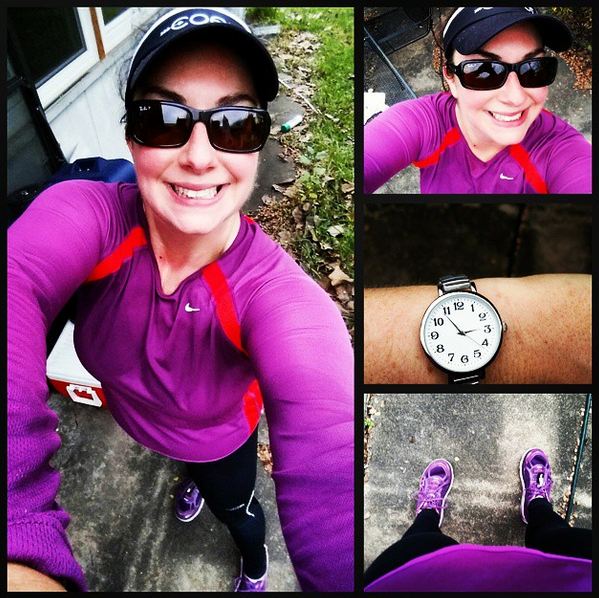 Until Jan 5th, I’m taking it as it comes and using my watch and my brain and my heart to decide what’s to do.  I’m doing my best to shovel myself out the door when I’m supposed to go, because often during the winter I don’t have a whole lot of “get going” oomph, but the general plan is “until I feel like stopping”.  And generally once I start, it’s some other force like I’m going to be late to work or it’s getting dark or running longer than 12 miles my first week back is probably a bad idea.  And even if there is, I promise myself no guilt for going outside, running around the block, and coming back inside if I’m not into it.

In food related stuff, it’s December.  I give myself some latitude here.  There’s some of this: 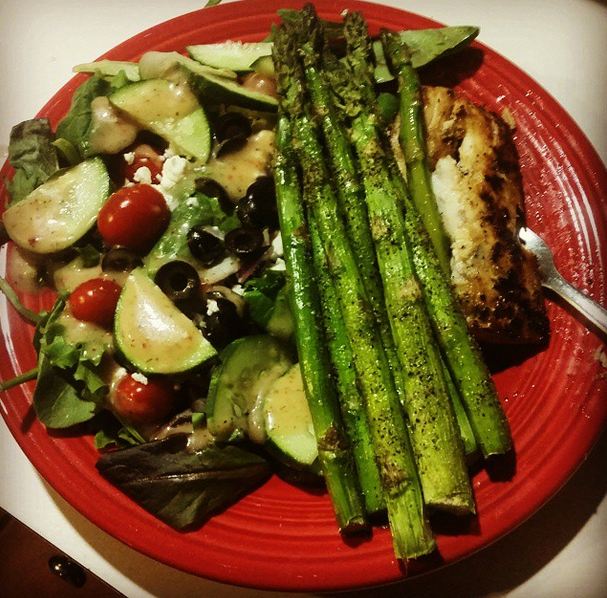 Lemon pepper fish, asparagus, greek salad.  Every bite on that plate was amazing.

However, there’s also some days that look more like this: 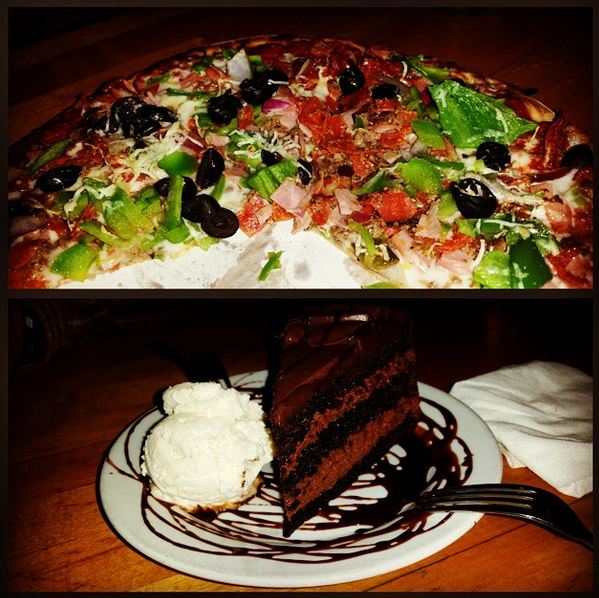 …and that’s ok.  One way I’ve tried to keep myself from resembling the Goodyear blimp is batch cooking of my old favorites and trying some new recipes. 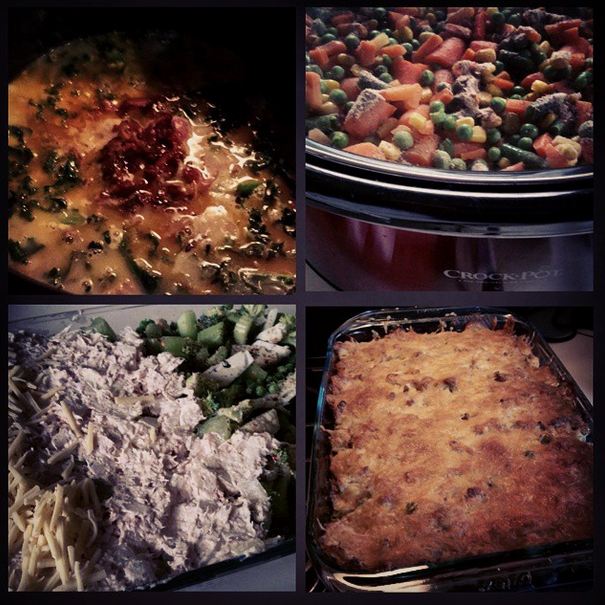 Of course, zuppa toscani is pretty much a mainstay around here, as is beef stew, and chicken tacos, sirloin burger soup, and shepard’s pie made their appearances.  However, I’ve been trying some new tricks.  Some of my new favorites have been:

Low carb tuna casserole.  Recipe inspired by this, but you know I can’t follow a recipe to save my life so mine turned out different in a wonderful way.

Tamale pie.  I got the idea somewhere on instagram, but when I looked for the post, I couldn’t find it!  I took leftover barbacoa that was a little dry and needed some help, and added olives, onions, green pepper, corn, and black beans, and made it wet with tomato sauce and taco seasoning.  I used this recipe for the topper.  It was dinner last night and hit the spot in a huge way.

Not-at-all chicken and dumpling soup.  Zliten asked for chicken and dumpling soup.  I cringed and was thinking of how to make two different ones without the dough, but then remembered that he wanted THIS soup, which actually doesn’t have the dumplings in it.  I used a modification of this recipe as my soup base (sub cauliflower + one potato for the asparagus, omitted the butter, used more sour cream), and just threw in chicken, one more chopped up potato, and a whole bunch of veggies and he can’t stop eating it.

Protein powder fro yo.  Take 4 cups of (full fat) plain yogurt (not greek), add a few scoops of protein powder (so far, I’ve done cinnamon swirl, cookies and cream, and chocolate with mint extract), and you have a dessert.  It still hits the sweet spot, but it has protein and not a lot of extra sugar and some nutritional value.

I may have also made some heavenly peppermint stick ice cream, but it’s got zero redeeming nutritional qualities and it’s for Christmas dinner.  I also won’t put the recipe right here for you just in case.

In other life-things, which I’ve had a decent amount of, because I haven’t been training my face off: 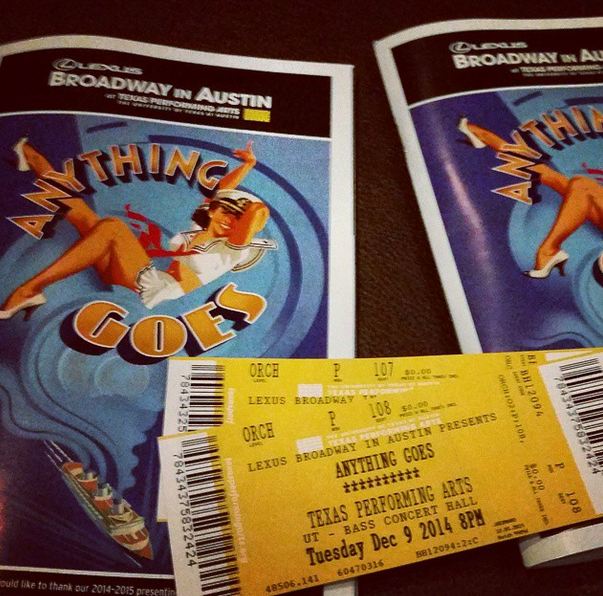 Got some really sweet tickets from Yelp to go see Anything Goes on opening night (yep, more orchestra seats for the price of some social media-ing and parking).  We were just a few days off the cruise ourselves, so it was a nice transition into real life.  There were some epic tap sequences and it was one of the rare shows where it was the full broadway cast, no substitutions.

It’s hard to say that it was the best, competing with Wicked and Beauty and the Beast, but it was up there. 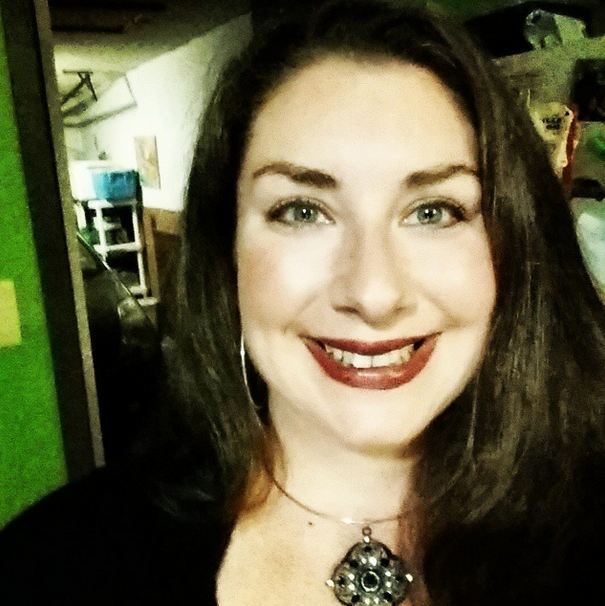 I don’t always spandex.  While our holiday party was in that unfortunate time after vacation/the race where nothing fits and I feel like a balloon, I used a blow drier and a straightener, put on makeup, and figured something out and headed downtown to Fado and we made merry.  It was a bizarre party where the bar was open, then cash, then open for a minute, then cash, and the food was available for like maybe 30 mins before they took it away and brought desert (so guess who ate a plate of deserts for dinner figuring it was better than an empty stomach + booze + people I manage? ding ding ding!).

However, the whiskey, conversation, someone I see daily not recognize me (maybe I should quit with the ponytail and jeans and tees all the time?), and our company’s epic white elephant gift extravaganza made up for it.  Fun times.

Friday was Zliten’s last day on crutches, and Sunday was his first 20 minute trainer ride!  He’s now back to 2/3rds of a triathlete and hopefully the healing continues well so he can run soon.

Once quitting time on Christmas Eve can get here, I have 11 whole days off and not very many plans, and I hope to keep it that way!  If I can spend the majority of my break in my PJs on the couch (when I’m not in spandex training), life will be great! 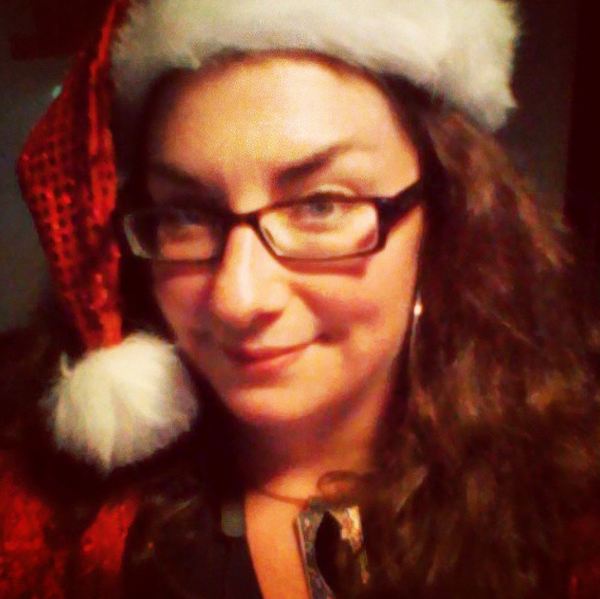