One more shakeout trainer ride and it’s go time.  How did this happen so fast? 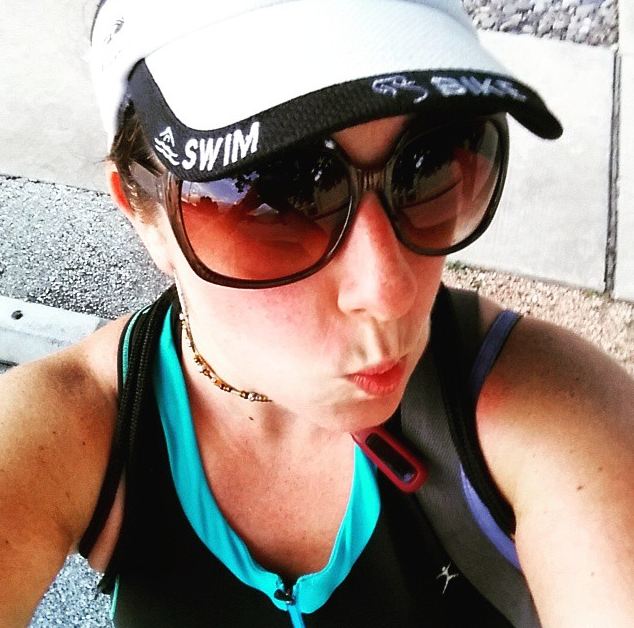 Because it’s been fun in the past, let’s math this one up a bit, just for fun, shall we?

My multipliers from Rookie:

This means I can reasonably expect:

…well then.  That would be a 9 minute PR.  I will try to open my mind to the fact that this is POSSIBLE, but WOW.

…a little more believable, but still wow.  That would be a 6 minute PR.  Considering the last 3 years I’ve finished within 45 seconds of each time, that’s still a huge change.

I’m going to have to lean on a little bit of unicorn and rainbow magic here.  The forecast is obviously a little far out, but it’s not kind (low 75, high 90, and INSANELY humid), and that works against me like WOAH.

The lake’s condition will definitely influence this, but if I was able to pull 30 seconds off a 300m swim, I can probably do better than that unless the lake is SUPAH CHOPPY.  I just need to keep the effort ON, which I’ve gotten much better at this year.  I’ll be trying for a watch pace of around 1:42/100y (around 1:50/100m, but my OWS settings only display in yards).  And hey, I’ll finally get a chance to see if the race course here is long like I suspect!

Same deal as all the other races.  Every second here is another second I have to take off on that run.  Run as fast as I can to transition.  Sock, shoe, sock, shoe, helmet, sunglasses and go.

This will be interesting.  I ride here a lot, but I rarely get the chance to fly down the blocked off roads without worrying about traffic or keeping Zliten/friends in my sights.  Here I get to just RIDE.  18-19.something mph sounds crazypants to me, but I did just ride this under the above conditions not giving anything close to 100% at 17.4 mph, so I guess it’s reasonable.  Again, just hard to open my mind to the fact that 19 mph is a pace I can keep outdoor riding since that’s new.

If I can feel the same riding as I did at Cap Tex, I’ll be thrilled.  Riding aggressive without being aggressive, consistently keeping a comfortably high cadence, pushing up hills and recovering on the downs once I’m back up to speed, staying honest and working to gain speed on the flats, and just rock my home course advantage.

The run starts as soon as my feet touch the ground on the bike.  I’m not using bike gloves this time, so I won’t fumble with them.  I’m debaaaaaaating using a throwaway frozen handheld bottle, but I need to decide whether the extra happy of having a frozen bottle will outweigh the “i have to carry a bottle” annoyance.  The temps will decide.  Shoe off, shoe on, shoe off, shoe on, step into race belt, grab visor (and maybe handheld) and GTFO.

I predict my run will be in feels like mid-to-upper 80s. A little better than two weekends ago starting my run around 11am in the feels like upper-80s to mid-90s, but I was only able to muster 10 minute miles going probably only one gear under race effort.  The run is a little short at something like 2.85 or 2.9 miles typically on my garmin, which makes these silly run times possible.  On a cool day.  Not on gravel.  Not off a hard bike.  With a healthy dose of pixie dust.

I need to channel my inner badass here and just FUCKING RUN MY ASS OFF.  Remembering that this is the last 3 miles of season.  For the next 5 weeks, I can run 13 minute miles on the treadmill inside in the AC if I feel like it.  These three need to be aiming somewhere around the low 9s/upper 8s if I can summon the sheer amount of will, guts, gumption, suck it up buttercup, caffeine, sugar, and unicorn dust to do so.

I’ve spent a lot of time running on kitty litter and while it hasn’t stopped sucking, I’m probably more used to it.  Dreaming about dunking myself back in the lake helped me on previous runs.  That and freezy pops may singlehandedly get me to the finish line. 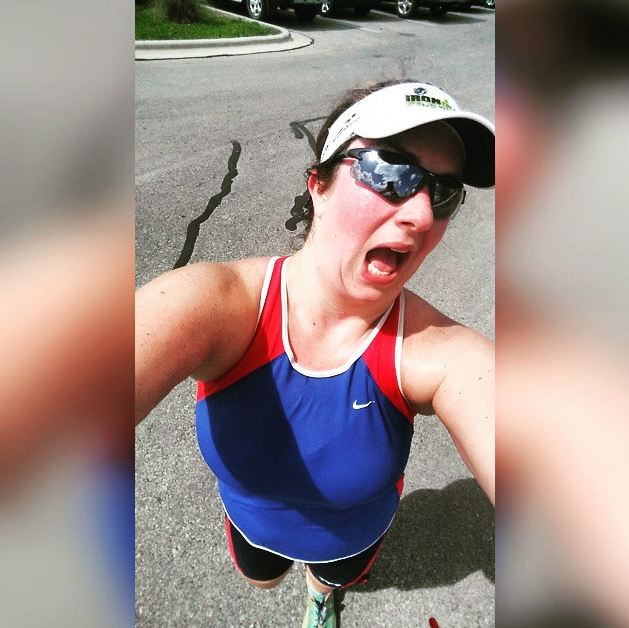 It is indeed possible for me to eat like a normal human, where a large restaurant meal is actually the majority of TWO meals, not something to be consumed also with an appetizer and a snack later.  It’s super nice to buy a big sandwich and have it last for two meals.  Less training hours helps this but also not letting myself get to the point of being famished is key.

Eating less food definitely means I have a little less to give while training.  It wasn’t that I was lacking the ability to get through any one session, but I couldn’t string as many together as I could two weeks ago when I was shoving food in my cakehole like crazy.  As long as I’m careful, workouts don’t suffer, but some days where I’ve lived on vegetables and fat and protein, I’m definitely feeling lethargic… until I eat my before workout snack of fruit and yogurt, and then I perk right up.

This is just how the calorie defect game goes.  I won’t have to worry about training until August so after Sunday, things will get less complicated.  However, this week’s plan was to be careful about workout fueling Mon-Wed and try to maintain a smaller amount of calories, and then Thurs-Sat, no less than 2000 GOOD FOOD calories per day.  Kind of like carb loading, but calorie loading.  I thought this would be hard, but yesterday I went over by like 500.  Oops.

Just for kicks, since we’re talking numbers, I ate an average of 1864 calories per day last week, and burned an average of 2315, resulting in an average calorie deficit of 451 per day.  If math worked out properly, I’d be just a little under 1 lb down.

So, let’s take my average weight over the week, throwing out my high and low.  I think that’s one thing that gets me needlessly frustrated.  One weird low swing and I get excited.  When it doesn’t happen again for a while, I get down and think I’m not making progress when I am.  My average weight June 1-7 was 182.6.  My average weight June 8-14 was 180.7.  I would say a little water weight played into the extra loss but… progress.  I expect to make a little less this week because of the race, but we’ll see.

Less than 48 hours until offseason, so I’m off to make it happen!