The first week and the last week of offseason, I’ve tried to prioritize fun as much as possible over the “omg I have free time lets get do responsible shit”.

There’s a big difference though.  Week 1 – I was walking around kind of zombie-like, decompressing from season, and was excited to DRINK ALL THE BOOZE since I didn’t have to train.  Week 5 – I felt very recovered – but a little stale in the legs from not doing all that much for a while.  I’m kind of sick of DRINKING ALL THE BOOZE (sorta) and am looking forward to returning to the lifestyle where I fall into bed at 9 and zonk out quickly (very).

This was the first week where I kind of felt “is it next week yet?” – so just like last year, I’m thinking that 5 weeks off was just PERFECT to get my body and mind in gear for 6 months of 70.3 and marathon training.

I didn’t do a vacation this year, which was probably BETTER on the body and recovery (that’s coming in OCTOBER!), but I am missing a little bit of the getting-away-from-it-all in the soul.  I’ve been devoting every possible minute possible to being in the lake or at the water park, so I do feel like I’ve had lots of micro-vacations.  So, we’ll see how my head is. 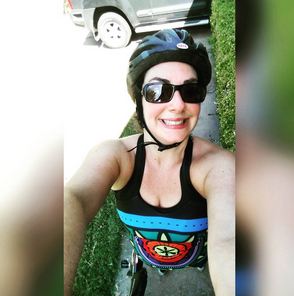 Last week was a little more active than I was previously.  It’s ok.  After each session I felt energized and happy, and that’s where I needed to be.

I did my pushups on Tuesday and actually failed the last set of Week 3 Day 1.  I was supposed to do 17, and I kept failing trying to do #14.  On Saturday, I decided to just try to do the descending ladder of the dozen (10, 9, 8… down to 1 – which is 55 pushups) on my toes and yup, I was finally able to do it.  Honestly, that’s what sparked the pushup challenge in the first place, and I think rolling that full, un-modified dozen into my life twice a week will work.  I feel so much stronger, more… sturdy.  I like.

I got to SUP TWICE this week.  I really need to figure out how to make this part of my life during season.  I’m pretty sure it’s amazing core work which you use in, like, everything, plus its SUPER FUN.

I also got to snorkel twice last week and while that probably doesn’t do anything for my training but prevent the “omg I haven’t been in open water in 5 weeks ack nature” shock, it was great for the soul.

I ran a 5k once.  It was hot.  This is probably the part of training I am least looking forward to resuming but I just ripped the bandaid off yesterday with a 5k run in kitty litter when it was about 50000 degrees (ok, feels like 98, but same diff) and I didn’t die.

Outside BIKING omg!  We decided that the last week of offseason was not the time to return to hardcore class, so we took our bikes outside and discovered some really cool new bike lanes just south of our neighborhood that will make for some good interval work if we want to do that outside.  Then, we joined up with a no drop group ride and I think I leveled up a bit with my bike handling and not freaking out about riding in town (by the end – there were some terrifying sections where I straight yelled at cars but it got better).  Neither of these rides went anywhere north of 14 mph, but that wasn’t the point. 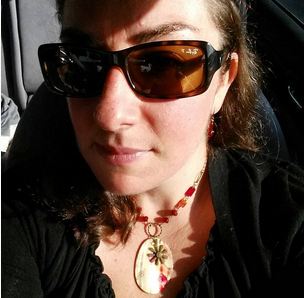 (I took, like, no pictures last week.  Too busy being awesome, I guess. So, you get selfies.)

The increase in activity sort of dragged my calories up a bit without me really noticing.  I still fought pretty hard to keep myself around 1500-ish each day, but I lost more days than I did the week before.  Though… I logged almost double the activity, so I suppose there’s a good reason.

My appetite is definitely RESET though.  I bought two halves of a BBQ chicken breast and a big salad from whole foods.  Two months ago, that would have been a meal where I probably would snack later.  Last week, it was two VERY FILLING meals.  It’s been fun to watch my hungries shrink and soon they will grow to the point where I can embarrass myself with my giant meals again during 70.3 peak training.  Fun stuff.  It’s cool how your body just knows what’s up if you listen to it.

In the last 2 months, I’ve lost almost 5 lbs chipping away at it almost to slow to notice without me tracking the averages.  I’ve gone from approaching my “oh shit” weight to being pretty comfortably back to what feels NORMAL (maybe the high side of normal but definitely in the zone) the last few years.  I’ve got a few more days here at this calorie count, and then we’ll start ramping up to stuffing my face with (carefully tracked) carbs (at the appropriate times).

I’ve been emailing back and forth with my nutritionist and I think I’ve got my map and my plan in place – through September at least.  More on that next week when it really kicks off.

Another interesting tidbit of calorie reduction + last week of offseason – I was curious so I mathed this one out… over 15% of my calories last week were alcohol.  I don’t eat a whole lot of junk food, so those are my splurges, but WOW.  Now that I’m training again, this will be a much smaller part of my life. 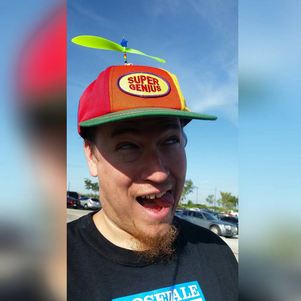 The only responsible thing I did was clean out our freezers.  It took us an hour.  They’re going to come pick up our garage fridge that doesn’t really work for 50$.  Also, now everything in my freezer inside is edible and not 4 year old ground beef or freezerburned crap.  Ick. Yay.

We booked our vacation in October.  We’re going to flippin’ Bonaire!!!  I’m still kind of in shock we were able to do it we had a decent-but-not-sky-high budget to do a dive vacation, and I figured that we might be able to afford Florida, or mayyyybe Cozumel because I didn’t want to stay at a hole in the wall.  Not one of the best places to go dive… but I checked it out just to see what’s what.

Well, I was able to book a flight to Bonaire for about the price of a domestic US ticket, and the accommodations + diving package worked out to cost about the same as the vacation we took to Oregon/California last year.  So, 8 days in Bonaire is fast approaching!!!  Wheee!

Got my running shoe situation for at least the summer/fall dealt with super cheap.  Spent all the savings on one dress I fell in love with at Athleta.  Oh well.  The super genius said it was worth the price with how it fit, so I made him buy it for me because sticker shock.

Did I mention I got to go to the waterpark twice?  And the lake?  Riding my bike twice outside?  Life is good.  I <3 summer so hard (just not summer running).

Went to hang out with a bunch of friends at the bar for a birthday party – sadly, we’d been outside all day and the bar’s AC was either broken or on it’s last legs, so we made it all of 2.5 hours before we had to bail to sit on our couch directly under the AC.  We did bring her an awesome flying pig, so I think we made up for it…

So, offseason shenanigans are official over for a while, and August is about to get REAL.  I think I’m ready for it.

Question: what’s the most fun thing you did last week?