I’m sure it was probably apparent to everyone around me the last few months, I had lost my mojo hardcore.  I’m so relived to really feel like I’m getting to the other side of this shit.  It’s good to be happy Quix again. 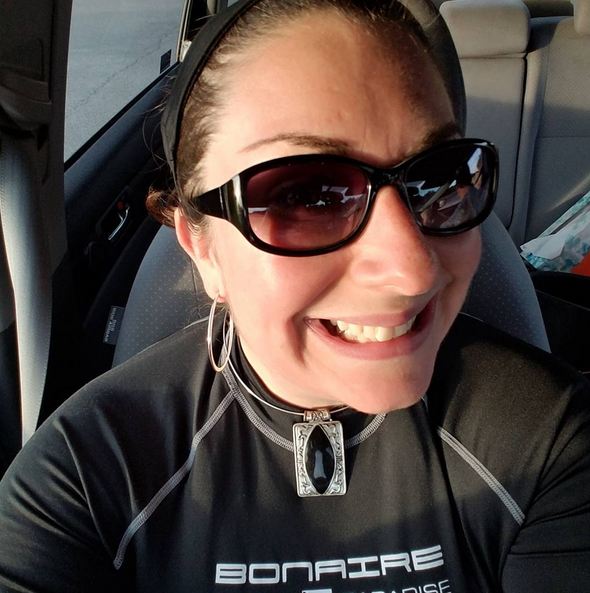 This is a happy face.  Lately, this has been forced.  After a nice long walk at lunch and paddleboarding after work, this was not forced at all.

Gaining 10 lbs was weighing on me (badup CHING) for so long.  And really – who cares?  In the grand scheme of things, it shouldn’t have been such and issue.  No one is going to be unhealthy or die over being 10 lbs heavier.

I think my big problem is that I couldn’t do anything about it for so many months even though I wanted to.  That’s not true.  I made the choice to not do anything about it because I wanted to fuel to race.  I felt guilty for not making any progress, but now that I am completely onto #projectraceweight, I feel dumb about that.  I could NEVER have sustained anything like this during race season.  Losing weight, the process, makes you weak as shit during it.  If I would have tried, I probably would have eventually fainted on the side of the road on a long run or ended up in my kitchen binge eating crazy shit like crackers and butter because CALORIES.  It’s just how things work, and I can say this because it’s happened before.

Now that I am working on it and making at least a little progress, I feel better about it.  Sure, I’m a little frustrated that my husband is down about 3 times as much as I am this month while I’m sticking to my deficit better.  Regardless, my face looks a lot more like me, my pants fit a little better, and that plus envisioning how badass I’ll look in my new race kit come July is enough to keep me on the wagon for now.  FINALLY, the inertia is going and I’m seeing the light at the end of the tunnel.  It’s still very far away, but getting a little closer, so I know I’ll get there eventually if I keep walking.  I just need to keep putting one foot in front of the other. 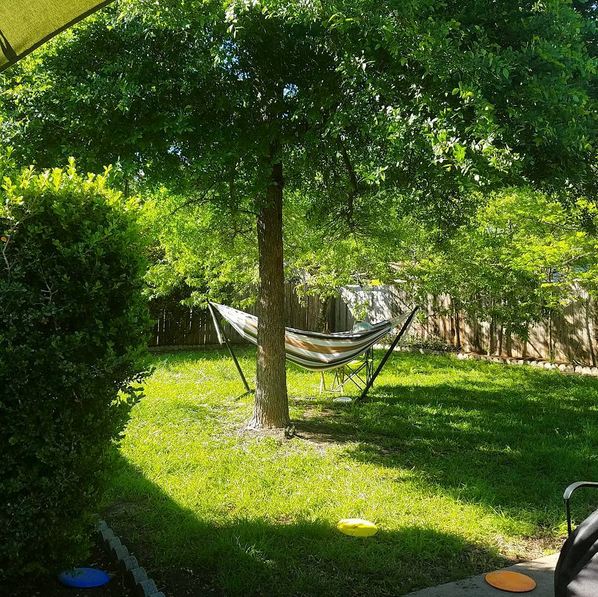 I’m still mentally dealing with having 3 terrible races.  I mean, hello, perspective –  I finished a 70.3 and 2 marathons over the course of 5 months, I didn’t DNF or get injured or die or anything.  I learned things on all those courses.  I actually had a SIGNIFICANT bike PR going at Kerrville even though massive cramps until I crashed at mile 50.  I ran my fourth fastest half marathon in January, within a few minutes of my PR.  I’ve done this racing thing 89 times (yes, I actually went back and counted), not EVERY race is going to be a winner.

I think it was the combination of gaining the weight to fuel performance… and then all my important races sucked.  I literally feel like it was all for nothing.  Well, besides the pleasure of consuming so many calories in a day for a while, but still, I never would have done that for funsies.  I can take a little disappointment, but to have 2 personal worst marathons in a row?  Why did I get fat again?  Why bother racing?  Obviously I’m not any good at this shit, and it negatively impacts my life, right?

Y’know what, it totally makes sense to me to really be proud or ashamed of my races if it’s what I spend 11 months of most of my non-work time and energy focused on. I need this time away more often to not specifically train and if I race, it’s for the energy, the people, the participation, but not for the results.  I’m pretty sure my husband MAY DIE if we went months without any racing but I need to be strict with myself that some are JUST for participation.  Removing myself from training for a while, I’ve also been able to remove my self worth from my race results.  I had another personal worst at 10/20, but I also kind of intended to do that and feel nothing but happy about the day I had.

Various things keep trying to pull me back in sooner, but after being really depressed about racing and training in general the last 6 months, I finished the marathon feeling at peace… but not sure if I ever wanted to do anything like that ever again in my life.  Between having some bad bike experiences and feeling like an utter failure at the run this fall/winter, there was not much joy there come March 6.  I had ZERO desire to get on a bike with clips, or lace up run shoes in any serious manner.

The good news is that I’m healing.  I think it’s going to take the full 4 months of offseason, but if that’s what it takes… fine.  I’m getting tingles watching Ironman video clips again, instead of being like, MEH.  I’m thinking about doing that a year from now and getting excited, but I’m not itching to even start a training PLAN right now, so it’s very much NOT YET TIME and I’m in no hurry.  I had fun doing 10 miles with Zliten and not caring about the pace.  I told him I’m ok doing that again during offseason somewhere pretty where we don’t discuss what our watches say and let it dictate what we do.

I rode my race bike for the first time since disaster noob day, and I definitely missed it. I also took my first step towards being less noob-y, I spent 10-15 mins in the back yard practicing the motions of being a confident unclipper.  I’m ready to start making some progress there.  I’m getting tons of guilt that we’re not doing group rides yet and while I’m standing firm that I’m just not ready to go ride in traffic with a bunch of people, I need to start doing things to get myself there. 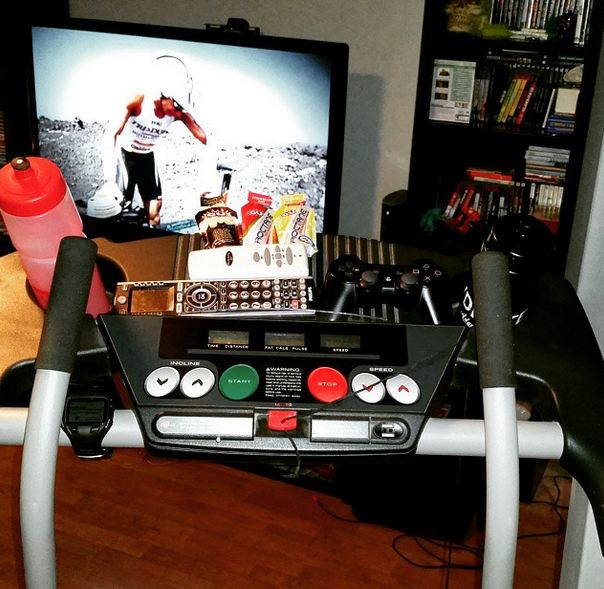 Too much of this during the winter.  This is not a good way to stoke motivation or run love...

I know winter isn’t really my season to begin with, but I had such a good one last year, I was hoping that my winter blahs were gone for good.  Not so much.  The cold was actually really mild this year, but the allergies were terrible, which actually kept me inside more.  Weather, I can deal with.  The air making me sick for a week, I can’t.  Even if I WANTED to stupidly brave it, with Zliten’s allergy induced asthma, it was a no go.  The treadmill is ok for occasional speedwork or runs in inclement weather, but for 3 weeks of running daily with long runs?  Suck.

The bright side is that next year is completely different.  I’m not running 2 marathons.  Actually, I’m not running ANY marathons.  No trip to Florida.  No insanely quick ramp ups to half ironman or marathon.  No run streaks.  Instead, I’ll be riding my bike just about every day as many miles as I can and hopefully discovering bike love the way I discovered run love last year.  And at the end of it… I’ll be doing a race distance I’ve never done before, so it will all be a new adventure where finishing is truly the main goal and anything faster than 16:59:59 is totally acceptable in my book.

I was worried that I’d be sad about missing spring training and racing.  Sure, I get a *little* twinge when I think about Galveston 70.3 this weekend and the massochist in my head thinks “hey, if we would have ramped up biking this month you TOTALLY could be at that start line”.  And that’s actually progress because if you would have asked me that two weeks ago I would have been like… 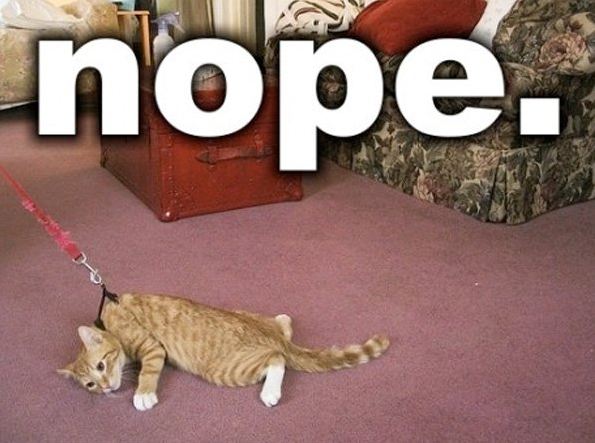 However, it’s truly lovely to enjoy spring in a different way.  Long walks.  Paddleboarding.  Camping.  Little bike rides around the hood.  Hanging out in the hammock.  These things bring tons of joy and a smile to my face and I’m remembering what it’s like to not just be Quix: producer, triathlete, and eater of ALL THE FOOD.  And it’s making me happy to not be that me for a little while.

I feel… free.  I said I felt free at the finish line of the marathon but I had no idea what free really felt like.  I thought the calorie restriction would be terrible, but it just feels freeing to work towards a goal I’ve wanted to tackle for a long time. It feels free to not be stuck somewhere you don’t want to be.

I’ll keep plugging away it until it’s time to do something else.  I’ll start dealing with the training and racing stuff when it’s the season to do so.  I’m far enough away from both last fall and winter’s disappointments, and next winter’s massive amount of WORK to get to Ironman that I feel like I’m on vacation.  I’m in blissful limbo.  I had this weird underlying anxiety thing building all winter and now it’s pretty much gone.  And for the first time in quite a while, I feel light.  And truly happy.