Inspired by my husband who’s along for the ride as well – I figured since I’ve been glossing over it lately, I should post an update. 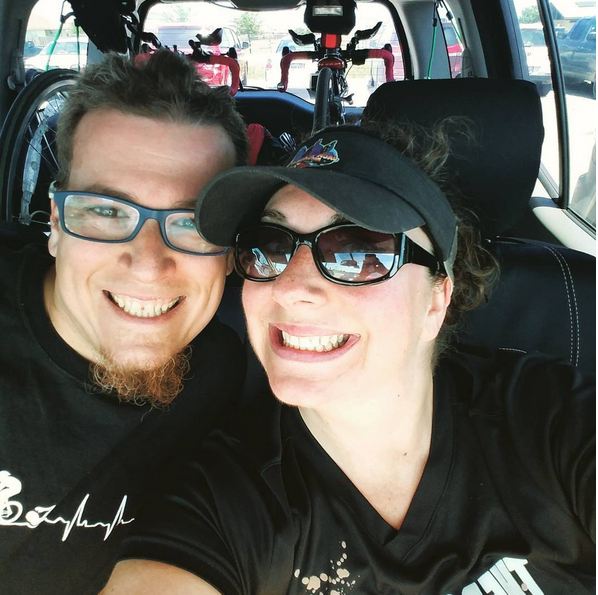 Still taking ridiculous selfies so you know not much has changed…

I have been doing this #projectraceweight thing for 6 weeks and 3 days (but who’s counting, right?).  Until this very week, it’s felt like an exercise in frustration, to be quite honest with all y’all.  It may be my fault for not weighing in regularly before that, and not wanting to face the scale right away, but I felt like I was eating so very little and my body was just saying, “Fuck you – you want to deprive me of calories?  I’ll fight you.  Let’s do it.”

I’m used to this for a few weeks.  But then I hit the month mark.  And then 5 weeks.  That’s a long time to eat -1000 calories or so per day without any effect.  I may have bitched and moaned and been a little surly, but I’m nothing if not persistent, so I kept at it.  I couldn’t eat much LESS than I was, so my M.O. was and is onward and through.

Finally this week I hit a few milestones:

Let’s concentrate on that 7.1 lbs.  If  I can do that for the next 3 months, I might be able to reach the 160-something promiseland.  It may not be the 150 I was dreaming of, but I knew that was a long shot and would probably take two offseasons to get there.

Looking back, I think I’ve found a few reasons why I’m starting to see some momentum now.

I’ll be quite honest – I’ve gone from feeling despair last week to happiness this week.  I know I don’t lose easily, my body really likes stasis, but I’ve never fought it for SIX weeks like this before.  It’s a good thing that my mind is more persistent. 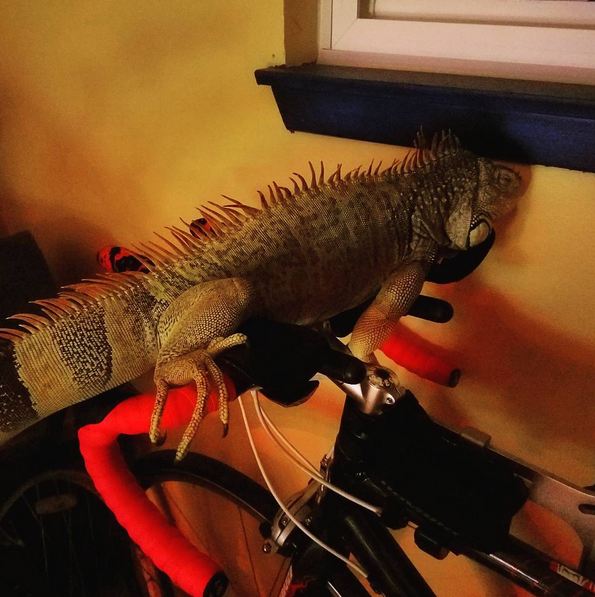 I’ve considered doing this during long rides too…

And because you made it through 500 words about my weight, here’s a picture of my Iguana sleeping on my aero bars.  Happy Friday!