On jumping off a cliff… 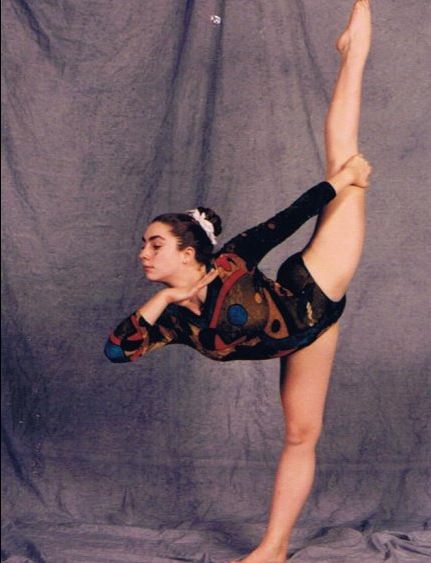 Can I have that flexibility again?  There’s a reason gymnasts don’t run much…

While I always pictured myself being more than comfortable, it was rarely about the money.  I always wanted to be well known, the best at something, to be famous.  As I grew older, and got a little taste of it on a localized level, I realized it has it’s ups and downs.  It’s kind of enthralling, but it’s also got a whole lot of bullshit baggage.  So, maybe, I’ve gotten a bit complacent as of late with my head telling me that pretty good is good enough.  Giving up on outlandish childhood dreams was fine because maybe I just didn’t want that anyway.

I always figured I’d have a damn good story.  I think I have the beginnings of one, but I’m not entirely sure if I’ll be happy with “and then she made pretty good money at a job she liked well enough, and was moderately good at triathlons, the end”.  I used to believe in mad passionate extraordinary love or nothing.  Excellence or die trying.  Sometimes being mega maniacal and driven to your craft to the point of insanity brings your wings too close to the fire and makes you fall, but the other option is flying low.  Sometimes, you miss the heights, the heat, and the sizzle.  Sometimes the lack of mad passion puts you in a very comfortable and very safe rut.

On Thursday last week, while on vacation, I got some pretty terrible work news about my job that makes pretty good money doing something I like.  Luckily, Zliten and I are just fine, but a lot of people I consider friends, perhaps kind of like family even after working with them for almost a decade, were not.  I don’t comment on work that often, and I’ll leave it at that about what went down, but I was sad, then mad, then exhausted, and then it really sparked a “what if” moment for us. 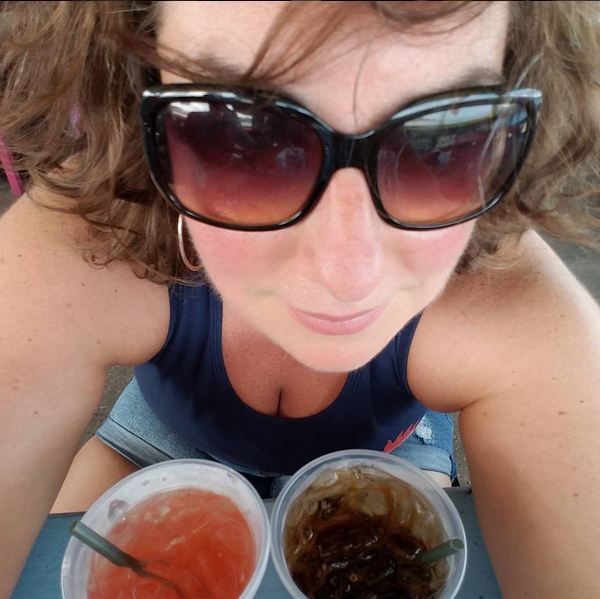 This is what mourning your friends becoming ex-employees and contemplating your life decisions looks like done in Belize.

In my industry, layoffs are as common as a cold.  While I haven’t experienced this firsthand, it absolutely does happen.  Companies crunch employees to ship games and then reward them for their hard work with a pink slip.  CEOs restrategize and downsize.  A game doesn’t get the right score on metacritic and half the team gets cut and the other half doesn’t get bonuses.   Funding gets pulled and your paycheck mysteriously doesn’t show up in your bank account.

I’m either lucky, or damn good at my job, or both, so I’ve never had to hastily pack my things and go.  It’s always been a huge and careful deliberation with a target destination, and it’s only happened twice.  I’ve only made the leap with a parachute and a backup.  I’ve never been pushed off the cliff.  I’m probably a statistical anomaly that I’ve been gainfully employed in the game industry for 15 years and never laid off, but I’m not naive.  Someday, my number will come up.

These things make you look around and take stock.  What if I was on the other side of the chopping block? What would I do?  What’s my backup plan?  Of course, the traditional route is applying for similar jobs.  However, there are many reasons why working at what I do is a job I like, but getting a similar one would be a nightmare.  Even beyond the fact that I’ve finally started accruing 25 days of vacation a year and have stolen a comfortable office chair from someone who left earlier in the year.

I can’t lie – the job hunt process exhausts me and I’d rather do it as little as possible.  While neither of us have a shortage of recruitment pings, most of them are not local, and it’s not in the cards to move cities since now BOTH of our families are here.  My title belies my actual duties a little bit, so I’m worried that what I’m getting headhunted for, while definitely bumps in pay and title and responsibility, are reaching further away from the creative, where my passion lies. On top of that, building/learning a team and becoming an expert on your subject is a lot of work.  Starting from zero doesn’t really appeal to me right now.

On the other hand, I’ve realized that I’ve sort of plateaued in life right now.  I’m what you would call a goal oriented person.  I’m all about harder, better, faster, stronger.  I’m all about becoming just a little better than I was yesterday.  For a while, I focused all those efforts on essentially losing half a person.  Then, for a while, I focused on racing, and PRs, and new distances.  I feel like it’s time to tackle something new. 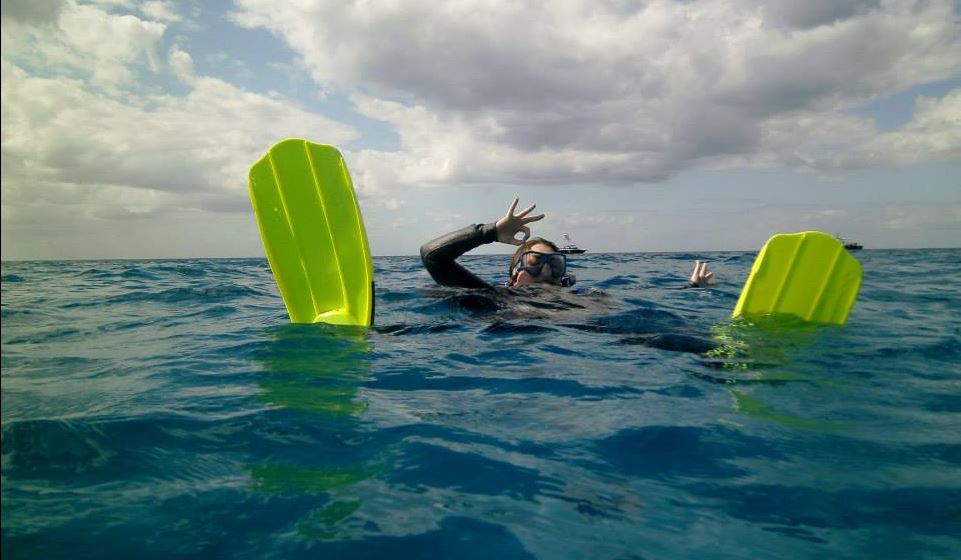 The last really new thing I learned was scuba diving.  That was 2013…

This may be a weird thing to say as someone who’s gotten two promotions in the last six years, and is planning to race an Ironman in about 11 months, but I can’t help but feel stagnated.  It’s not enough.  The promotions, the racing, it all feels like logical, still-in-my-comfort-zone expansion.  It may just be the offseason talking, but I’m ready to expand my expertise in other ways as well.

The upshot is that after a lot of soul searching, I’m not looking to do a complete life upheaval right at this moment.  So far, what’s left after the dust has cleared is not untenable, and I have cautious optimism that it will get better, so I’m staying put. None of the monsters chasing me are so terrifying and horrible that the cliff is the best option right now.

However, it was enough of a shock to realize that if it’s not in my nature to randomly jump off a cliff myself, I should probably start obtaining the materials to make my parachute and learning the basics of how to skydive in case the ground crumbles out from under me one day.  I’ve not learned a whole lot of tangible skills or made myself more useful in the last few years.  That’s a problem.  You need to keep learning and growing even if it sounds exhausting because it’s actually probably what really makes you alive.

So, to diversify our personal human portfolios, we’ve signed up to do our personal training certification and follow up with triathlon coaching this summer.  After thinking about it, it seems like a better investment than hiring a coach right now.  If I’m going to spend the money, I want the knowledge, and with us BOTH doing the classes, I think we can check each other.  In the long term, am I looking to start working at a gym recruiting clients?  Hell to the no.  But what does sound fun is coaching novice runners or triathletes,  developing an app, or building some sort of community.

I also plan to start getting my hands dirty again learning Unity (moblie game creation software).  I don’t plan on taking any paid classes, but I’d like to have some more current knowledge about how to make a game rather than *ten years ago I used a proprietary editor and then I became manager so I didn’t really do it that much*.  I never wanted to be one of those people who just told everyone what to do, but it’s gotten to be that way lately.  For my soul, I need to get back under the hood and starting throwing parts around and turning wrenches again.

Light and fluffy vacation pictures and photos post will be coming soon, but I wanted to get this one off my chest first.