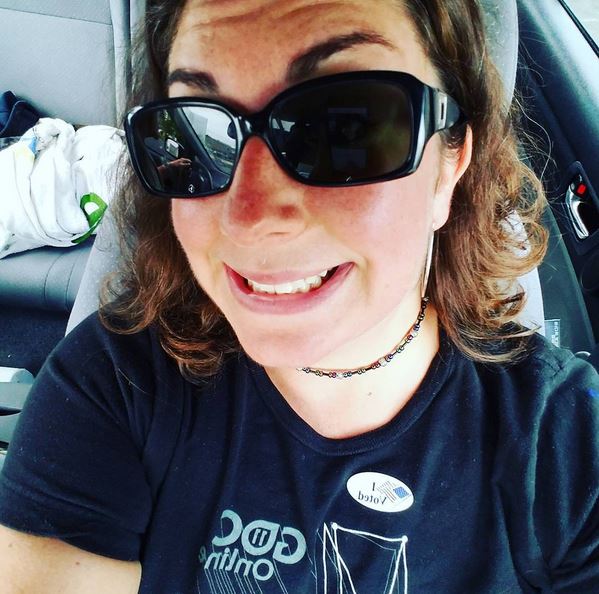 Let’s start off with the fact that I’m not terribly political.  Maybe that’s part of the problem, but it is what it is.  I vote (in every election, not just the big ones) and I do my best to get a least general grasp of whom or what I’m voting for.  However, I’m a big believer in freedom and choice, so I’m not terribly evangelical about turning people to my side, I want them to inform themselves and make their own decisions.

I went home on Tuesday expecting the election to be called fairly early and get a good night’s sleep.  Instead, I watched, with decreasing sobriety, into the wee hours of the morning, as small margins gave way to electoral votes which gave way to our senate, house, and president turning  red.  For someone who believes in personal freedoms, choice, and equality, this felt like a disaster scenario.  Previously considering the possibilities, I figured if somehow the white house skewed republican, a democratic house or senate (or both) would at least keep things in check.  This is not the case.

I said that I didn’t know who we were anymore.  I still don’t.  I mean, your world really is who you surround yourself with.  Besides a few spots of red, my social circles are deep dark blue through and through.  It’s a huge wakeup call to me that apparently, this does not represent approximately half of the country I live in.  I’ve been searching for the answer, and the eternal optimist I am, I feel like the only answer is understanding and perseverance.

My hope is that while there obviously are some people who were fired up by a candidate who was overtly racist, sexist, and just plain crude, this is not the majority of that population.  I will continue to believe that in general, people weighed the platforms they both stood on and chose the one that aligned with their beliefs, and in some cases, that happened to be Trump.   I was not in love with Hillary, but at the end of the day, the things she supports (and the Democratic party support) are more important to me than who she is as a person.  I can’t fault someone on the other side for feeling the same way even if I really really want to, because that would be hypocritical.

I think we are all fighting for a lot of the same basic things, but somewhere along the way, we’ve become the Montagues and the Capulets.  I played along, and felt very US vs THEM during the eletion.  However, faced with this reality in the light of day, America has not dramatically changed overnight.  Just like there is no version of modern America that would tolerate Obama taking their guns away, there is also no version of modern America that’s going to tolerate Trump rounding up everyone with different skin or that likes to bump uglies with someone unconventional and putting them in a prison camp.  We are many, many, many steps from any of that.  Not that we COULDN’T get there, but it’s not going to happen all of a sudden next January and it won’t EVER unless we let it.

We’ve spent two years with the message “vote for your party’s candidate or the world will explode” shoved down our throats, and after being fed the line for so long, we start to believe it.  And with it comes the sentiment that the opposition just wants to watch the world burn.  Instead, we need to realize that roughly half the country holds some different opinions and has different priorities that may seem crazy to us, but I can’t imagine 48% of our country is legit crazy.  The best way we all win is to compromise.  The way we lose is continuing to shout “racists!” and “babykillers!” at each other over the proverbial wall we’ve built between us.

My hope is that it’s much more and the numbers actually confirm it.  I can’t believe voting Trump and being a decent human being are mutually exclusive.  To do my part, I’m trying to understand the facts of what Trump really actually stands for and not let fear or emotion get in the way.  Some of it will obviously be bullshit I don’t agree with.  The stupid Mexico wall is just stupid and amassing a giant military sounds like a boy being eager to win at having the most toys, and he wants to pay for them both by getting rid of inefficiencies?  Yeah, why didn’t we all think of that!  We could all be have insurance and college tuition at a reasonable cost if we had gotten rid of unneeded inefficiencies!*facepalm*

However, his health care platform doesn’t actually creep me out on paper.  I tried to read the words without bias, and I realized it made some sense.  Health care costs are really insane.  I mean, really INSANE.  Like, second rent on a small apartment insane for two healthy adults to get basic coverage.  What we have right now is not the answer.  While 6 weeks paid leave only for mothers isn’t nearly as much as Hillary was fighting for, it’s better than what we have now, which is JACK and SHIT, which is crazy for a country that considers itself a leader of the free world.  In the decision whether or not to have kids – cutting our income in half or less was ABSOFUCKINGLUTELY a major concern and I’m not alone.  Maybe if we can get SOMETHING in place, we can improve it in the future.

My hope is that this spectacle is now, for the most part, over.  The candidates have to put on a show to get elected, and Trump got the highest ratings.  Now, the makeup and the costumes come off, and it’s time to see who Trump as a president really is.  I have all the hope that it’s going to be different than Sideshow Trump.  We fell in love with Barack Obama on the left because he preached hope and change and then after a while, complained that it wasn’t ENOUGH change.  This is the exact reason the right embraced Trump – they want to stir shit up like we did 8 years ago.  Anything but the status quo.  Let’s elect the wildcard and send him at the government to take down the man!

Funny thing is… once you BECOME the man, you find out there’s usually really good reasons why we do a lot of the things the way we do them.  Not to say constantly evaluating the process isn’t important, but I remember as I climbed up the ranks of the game industry, I was going to do things WAY DIFFERENT when I was in charge.  I definitely try to BOSS in a way that employee me would like to work for most of the time, but I also know that sometimes you have compromise to get the sausage made even if it makes idealistic you feel a little icky about it.  He really comes off as being naive and thinking that he’ll have a lot more power to mandate a bunch of shit once he sits in the chair.  Not quite, buddy.  That’s called dictatorship.

So my goal today, and going forward, is to understand.  For my sanity, I have to believe there is a legitimate Republican viewpoint that is rooted in something besides racism, fear, and greed, even if I can’t really see that right now, and I’m going to continue to do research.  I reserve the right to back away at any point and say “nope, y’all are bat shit crazy” and start continue to look into buying a place in Bonaire, but I have to try.

However, at this point, I’m here for a while, unless things start really going the way of Afghanistan, and I can’t believe that would happen.  And if I going to fight against that, and not flee, I believe the first step is to be a little kinder and more patient with each other.  If you need to be the change you want in the world, this is where I start.  I see people who are lashing out incoherently and I feel all their feels.  I really do.  But, I have to approach this rationally and realize that there indeed are at least two reasonable positions on most arguments, even if you can only agree with one.  I will stand up for what I believe in, but I also will do my best to form opinions based on facts, not fear.  If someone opposing me has done that as well, I have to respect that.

I’m no revolutionary, no activist, no political leader.  In fact, I’m probably only this riled up because I’m on a break from serious running, biking, and swimming.  However, I feel like my soapbox wouldn’t be an accurate reflection of my brain if I didn’t spend some time sorting through these strong feelings we all are having right now, and figuring out my path forward.  And my path will include logic, reason, kindness, and compassion.

EDIT: And of course, no thought is original.  This blog probably summed it up more coherently than I could.