This is the middle.  The newness of “wheee, I’m actually training for this Ironman race” has worn off, and I still have 10 and a half weeks until the race (thankfully), so the light at the end of the tunnel isn’t quite there.  Zliten and I are a little snippy at each other.  I have given my scale a STERN talking to on several occasions like it was a real person.  The training sessions JUST DON’T STOP COMING because dang, it’s hard to fit in another part time job when you already have a full time one, and want to do fun things every once in a while, and also have family and friends that actually want to be in your life and stuff. 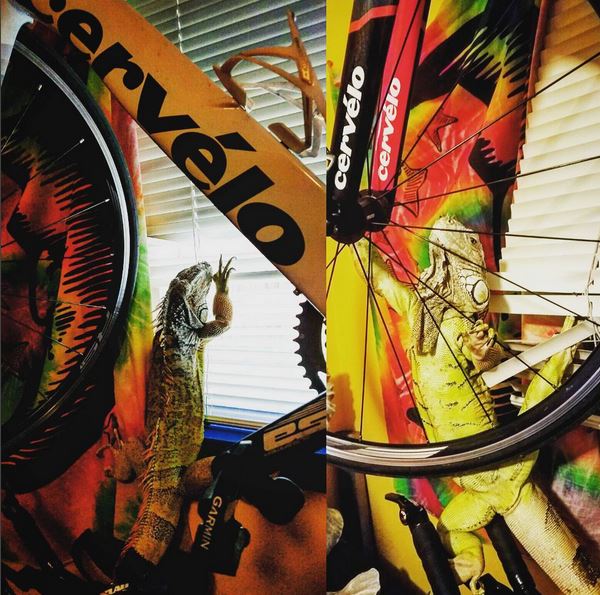 Sometimes looking at the light is dangerous.  Just ask my iguana.

I’ve figured out a few things:

a) this is NOT the time to be cooking anything fancy.  I don’t have the oomph right now to spend half of Sunday in the kitchen.  Easy meals that multiply out well, crock pot food, this is what needs to be happening.  I DEFINITELY, even if I convince myself otherwise because food is better fresh, don’t have the oomph to cook food at night when I get home.  We tried that last night and there was yelling and rude words and one of us just had to leave the kitchen because dinner took 20-30 minute to cook after we got home at 8:15pm.  “I’m sorry for the things I said when I was hungry” is a phrase that is on repeat around here lately.

b) this is also not the time for a shit ton of commitments.  I have to use the word NO liberally.  In May, I get to use the word YES more often.  In February, I have very few slots on my dance card.  If we hang out between now and April 22nd, you probably either a) also swim/bike/run or b) you are very special to me.

c) midnight is absolute bedtime on weekdays and 2am is pushing it on Saturdays.  Once I pass that 10 hours/week training mark, I either sleep or my body just shuts the hell down. 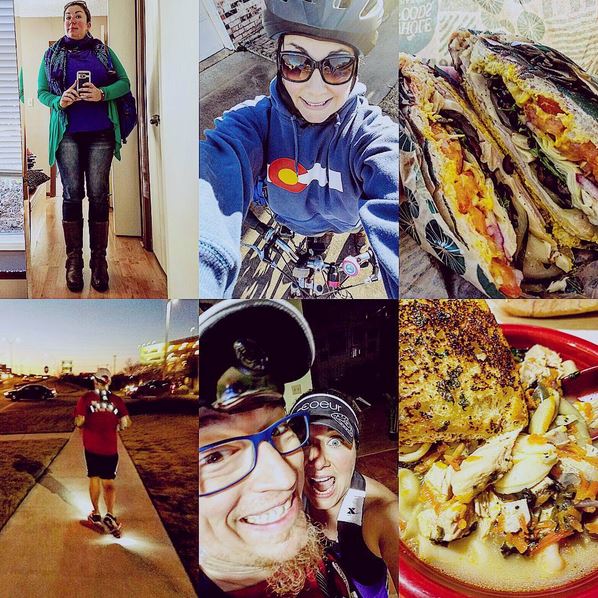 It’s not all bad though, in fact, mostly great.  Last week was pretty stellar.  I hit every workout I planned (besides the wishy-washy “maybe a recovery ride or run if I feel like it” plan Sunday when I haven’t had a full day off in 36 days… I mean DUH, I’M NOT GOING TO FEEL LIKE IT).  I only shortened one bike.   Almost 13 hours of quality training in the bank.  Rock on.

Nothing particularly fast or impressive here, just a bunch of solid work at a steady pace.  It’s not sexy at all.  And that’s exactly where I need to be at this point.

This week, I’m ditching the long ride in favor of a long run.  Now, my longest run so far is 13 miles (14 if you count as far back as October) so going straight to aiming for up to 20 may be crazy, but the cool thing about endurance is it DOES indeed transfer between sports, so we’ll see how it goes.  I have one more crack at the 20 later in the month so this first one is just to see where my comfort zone ends on legs that aren’t *completely* wasted. 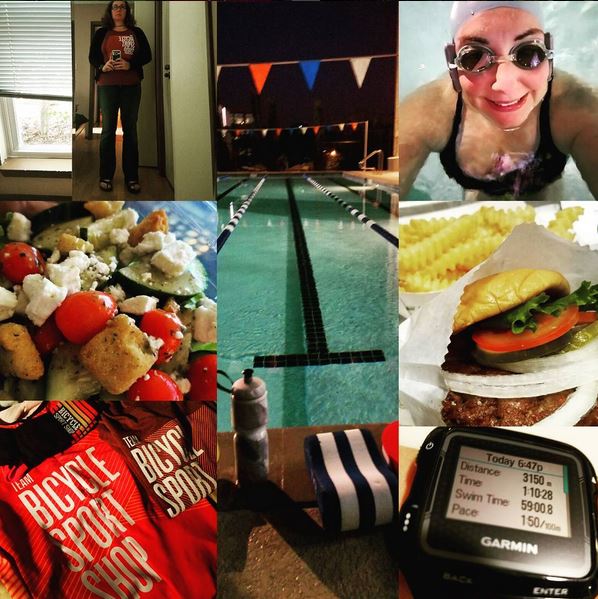 The balance hangs somewhere between the swim and the salad and the burger and fries.

I did Chapter 14.  This week, it’s Chapter 15 (and actually already done).  Next week is my last week of class, and then it’s time to study…

I didn’t social media much.  I’m kind of stuck and bored with it TBH.  I think this might need to take a back seat until I can really attack it.

I tracked my calories for 2367 average each day with -673 deficit.  I’m actually surprised this was as good as it was, considering I overate even my total burned calories on Sunday.  My ratios were 89g protein, 76g fat, 29g fiber, and 276g carbs per day.  Wrong way again on fat, I upped my fiber and carbs (yay), but my protein wayyyy down.  Honestly, I just ate like shit all weekend and that threw my ratios off.  Same deal as every week it seems.  More carbs, less fat, and now keep my protein on track (which has been MORE than fine since Monday *shrug*).

My average weight was 189.1, which stayed the same from last week. Still 9lbs to go back to 70.3 race weight.  Inflammation from these long weekend sessions (and then the calories I’m eating back) is real, yo.  I swung from 192.8 on Monday to 186.7 this morning.  My body fat reading is up too.  It’s going to be a hard fight while training, but I’ll keep chipping away at it, because that’s the only alternative.

I drank quite a few drinks last week – 8 over 2 days during the week, a bunch after the race and I didn’t keep count, honestly.  Whiskey on the rocks was divine but a few of them and I was tipsy and also falling alseep.  I figured I would have a little bit of a crazy week with the beer only embargo finally lifted and some social events, but I don’t want this to become the norm.  This week, I’ll aim to go back to where I was in January.

Rest and recovery and sleep are going well.  I’m averaging over 3.5 hours of deep sleep per night, with almost 9 hours average total.  Even with the extra drinkies, I ended up with lots of sleep.  This is a good compromise.

This week, I have some errands to run so I’m not going to set a bunch of other goals:

And, that will wrap it up.  One foot in front of each other.  One workout, one mile at a time.  Keepin’ on keepin’ on.  Nevertheless, I shall persist (thanks Elizabeth Warren).  Rest week is imminent.

The only appropriate time to duckface…