Back in the day when I started this whole “trying to not be such a fatass” thing in 2007, I had no intentions of ever running unless chased.

I also didn’t know what a deadlift was, so there’s that...

The elliptical or the Dance Dance Revolution game pad were more my style, as was the weight room.  You see, at 200-something lbs, running doesn’t even seem possible.  However, more low impact cardio (or cardio that at least DISTRACTED from the impact like playing a game) wasn’t terrible.  However, even at my highest weight, I could still enjoy and make progress at lifting heavy things.

I started my fitness program with 20 mins of cardio three times a week, and did strength exercises or lifted weights almost as much at 15 minutes at the same frequency.  From there, as I found I enjoyed it (and as the holiday season approached and I decided I wanted to keep losing weight instead of gaining it), I increased the amount of time little by little.  For the first two years or so of this whole shebang, I was working out up to about five hours a week and two of those were lifting.

Oddly enough, I had very little complaints in terms of injury.  I was running miles and 5ks faster than I do now on approximately 2 hours per week of actual RUNNING.  I was also able to maintain a weight that is about 25-30 lbs lighter than I am now.

Once I started training for half marathons, I didn’t have the 2 hours a week to lift, so I cut it down to just a little maintenance lifting and then when I found triathlons, forget it.  Three sports to train meant something had to give.  Besides some targeted, focused periods where I lifted heavy throughout the last seven years, I tended to shy away from it.  I would either do bodyweight stuff, or just slack on it entirely.  Don’t get me wrong, mat exercises are both worthy and important, but the best way to build muscle and get strong and stable?  Lift heavy things. 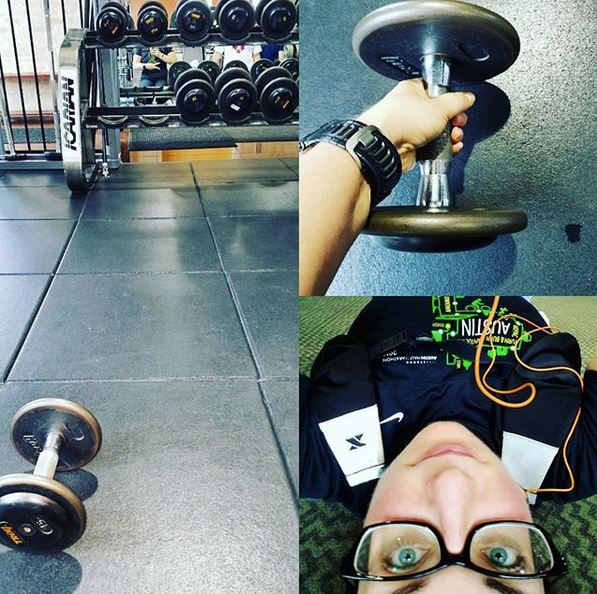 Step one, pick up heavy thing, step two, put it down, step three, don’t collapse on the way to the car.

Once I get into a routine of doing it, it’s great.  I actually look forward to the gym.  It’s one exercise where my performance doesn’t suffer doing it in the morning vs when I’m actually awake.  The shock of different things feeling sore fades after a few weeks and you just feel… good.

But, those 2-3 weeks of prelude to that, feeling like a baby deer with noodle arms?  Those are hard.  I’m actually doing much better initially this time because I have spent the last two months doing bodyweight work (foundations).  Funny how doing something the right way makes it easier.  The next few weeks are actually remembering how to swing a kettle bell around in three sets of eight reps and where they keep the little weight lock things so the plates don’t fall off while I bench press (hypertrophy).  So far, it’s going well, and I’m kind of looking forward to when the weights get to three digits in some lifts and the reps are more like 3 because that’s all you can handle.

I read somewhere a long time ago that you had to earn your right to run with proper strengthening of your muscles FIRST.  I inadvertently did that in 2007 and 2008.  The problem is you have to re-earn it over and over and over, not just once.  I’m now complaining on and off about a wonky shoulder and knee and ankle and heel and every race for the last year, if not longer, has had a caveat of “I did well considering my body wasn’t 100% at the starting line”.  Guess how long I’ve been out of the gym – that period of time plus about six months.

It’s time to re-earn my right to run.

I’m not doing anything revolutionary.  Three times a week, with at least a day in between, I’m heading to the gym to do all the things that make me harder, better, faster, stronger.  Squats.  Kettlebells.  Bench presses.  Deadlifts.  Core exercises that make me play the “cramps or just sore abs” game. 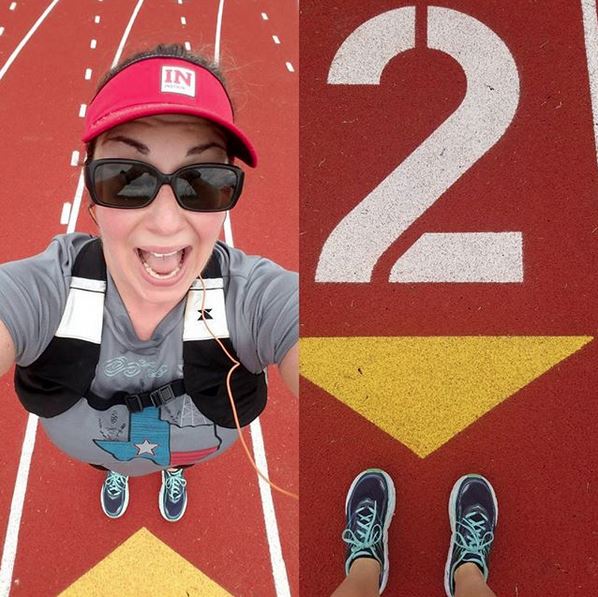 Hopefully these days will come back soon… sans the wonky heel.

I haven’t set food on a road, track, or treadmill since over two weeks ago, and my heel is still giving me shit off and on.  I’m super sick of being broken and limping along and doing alright considering at races.  I’m looking to this next 6-8 weeks to fix me.  It has before.  I hope it will again.  I’d give anything to show up to a start line completely healthy, without any caveats.

These three hours a week are the most important things on my schedule.  I’ve also got 30-60 mins of cardio three times a week, but to be honest?  If something had to fall off, it would be this.  If the air stopped being both stupid cold and trying to kill me with allergies, I could knock this out with my normal walking I do on a weekly basis if I wanted to count that.  I don’t, because I’d like to not die when I start triathlon training again, but I could by the letter of the program.

It’s a weird adjustment to be paring down so low on cardio (and calling it cardio, not training, it feels so un-triathlete of me), but it’s refreshing to shake things up.  I know the endurance comes back quickly, and I’m not training for anything long for quite a while.  Hopefully, I can take the next two months and earn my right to run, and run fast.

I don’t know and I don’t care.