Hello, world.  Nice to meet you.  I like riding bikes, if you didn’t know that already. 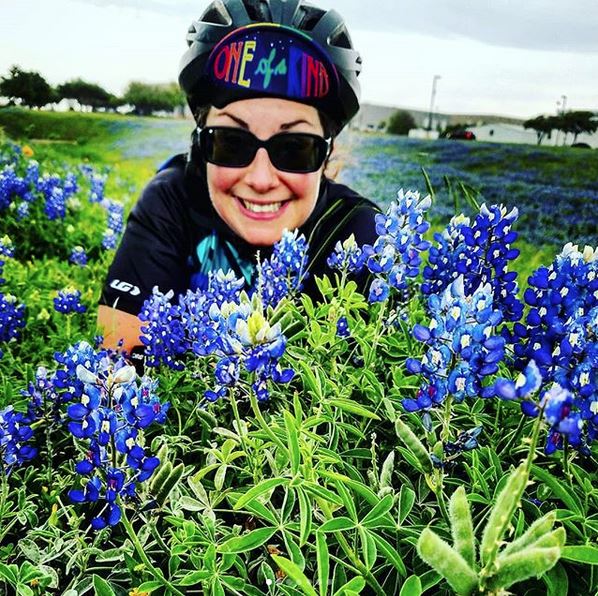 However, I like riding bikes a lot less when it’s really cold and windy.  I’ve done plenty of that riding training for Ironman Texas (including my favorite one with my buddy lawyer Rahul Parikh), and I have no issues heading out on my bike into the cold, or into the wind, but both at the same time kind of sucks.

Last year, hardening the eff up was kind of a point of pride and helped me make the jump to the Ironman distance on the bike (which was the discipline I needed the most work on, endurance-wise).  Honestly, it also helped me when Ironman day came and we had 20-30 mph winds on an exposed toll road.  However, this year, I’m training for sprint triathlons, which translates to racing for approximately 40 minutes (vs 7 hours) on my time trial bike.  Then, later this year, I will be training for an approximately 3 hour ride in hot and humid conditions.

So, there was nothing that riding 43 miles in the feels-like-30s and super windy conditions would benefit me, besides the excuse to eat some junk food along the way at aid stations and after (which would probably sabotage my weight loss efforts – I can negate that calorie burn in one aid station full of cookies and PB pretzels).  So, instead of doing any of that, we stayed home.  This is my third DNS over the last 9 years, and the other two were because my knee was so injured I could barely walk.  There was no choice in the matter for the previous two.  On first blush, I figured I should woman the eff up and go.

However, the more I thought about it, the more I realized I should probably miss the start line for things more often than I have.  In this case, for very little gain, I would be subjecting myself to illness (cold and windy riding for hours) and injury (always the risk of it riding outside, but in a group of thousands of other riders it amplifies).  When I signed up, I was super looking forward to it IN SPITE of it not being specific training, and was ok taking a break from hammering the bike to go have a beautiful morning riding outside and supporting the Rosedale school.  When the enjoyment part was removed with the crappy weather, I realized I was still supporting the school with my entry fee and decided that a trainer ride in my living room would be a much better idea.  And that was that. 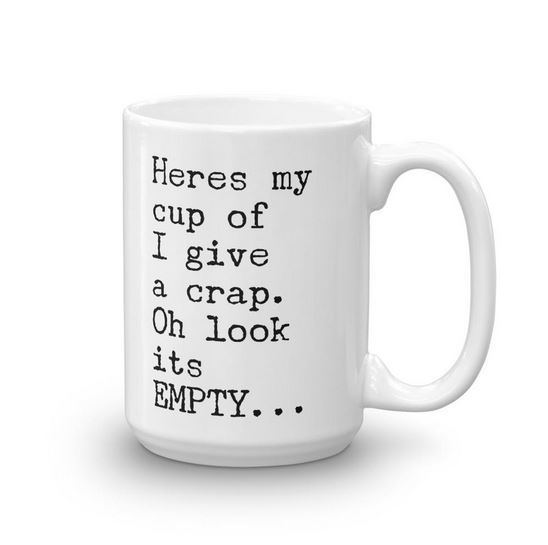 We don’t want to get here.  We want to keep a reserve of give-a-crap.

I hate giving up, but I had to put it in perspective.  Seven days previous to that would-be ride, my body and mind produced a PR and a first place.  Four days after that, my body and mind ran 8:58 pace (30 seconds better than I raced at) off a challenging bike.  These breakthroughs are coming around for a few reasons, I believe: 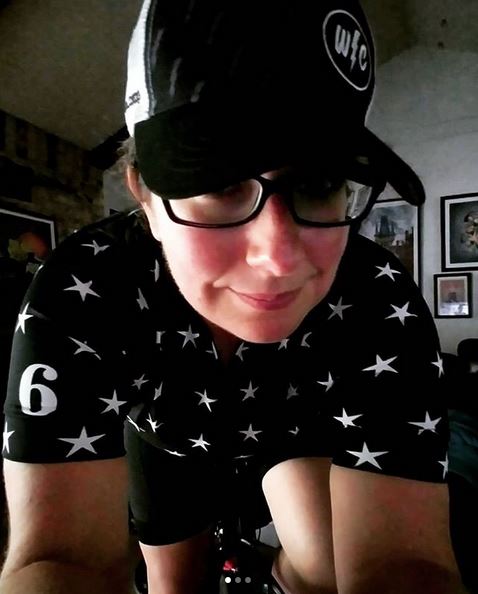 Go ahead and pretend this is a selfie of me in the cold and wind riding outside.  I won’t tell anyone if you won’t.

So, I skipped a charity ride (apparently a lot of other folks went outside at 7am, said NOPE, and did the same as well) and life went on.  I had a nice relaxing weekend at home and then in my sleep on Sunday morning, I decided to shove one side of my ribs two inches higher and spent the day spasming in pain.  That was super fun.

I’m all fixed now (chiro put me back the next morning and now I’m feeling reasonably fine), but that was the universe shouting to BACK THE EFF OFF for a day.  I couldn’t run or bike or swim (was actually planning on doing a short session of each that day).  I could barely help with chores – which sounds conveeeeeenient, but I set off a spasm attack by putting a sweatshirt on. 😛 Yeah, it sucked. But, I watched about eight movies this weekend and got reacquainted with my couch and feel like I had some nice, lazy downtime and I’m ready to attack this week.

And that’s it. 6 hours of training (I missed a short run, bike, and swim, 1.5 hours total).  I’m aiming to do a little this week and the week after (but not too too much) and then a rest week to prepare for Texasman.  This week’s plan:

Looks like a lot, but it comes out to around 7 hours, give or take, because a lot of these sessions are 20-30 minutes.  I also slacked a little last week, so I’m recommitting to hit my shoulder and ankle exercises AT LEAST 5x this week and either a stretch or roll every day if not both. 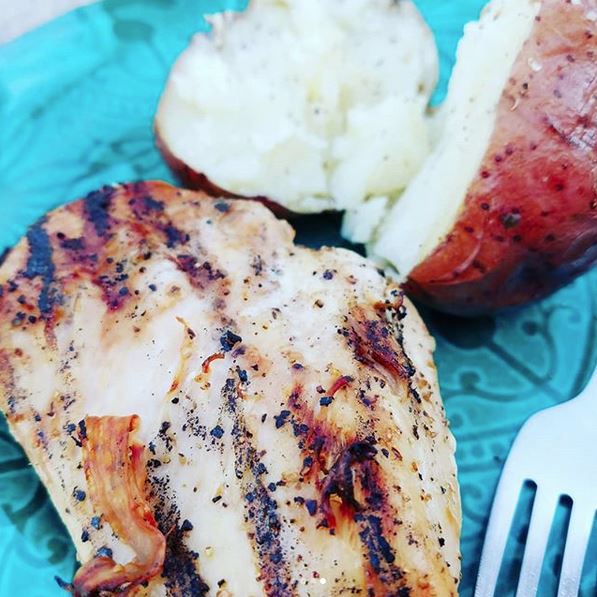 I run (and bike and swim) on chicken and potatoes.

On the body composition facet of project #getfaster – I’m actually seeing some results on the scale, and weirdly enough, without affecting my training efforts.  Unicorn status: reached.  I know this is ONLY the case because I am not training all that much, this dive would be a much harder degree of difficulty if I was attempting this while training for something longer, but it’s… like… working!  I’m doing the things I am supposed to do and my body is responding.  This is revolutionary, y’all!

My weight graph is going the right way as well.  This week officially gets me back to the weight I raced Austin 70.3 at in October 2016.  Referencing my progress HERE, its nice to note that I have lost 4 lbs in two weeks.  I’ve also dipped into the 170s a few times in the last week, which happened last in October 2016 (and like, twice before I ate my way through the holidays/offseason and gained almost 10 lbs).

If I can keep with the rate of loss here, I may be able to be in the low 170s, maybe even high 160s by vacation… and that’s a place I haven’t been in many, many years.  So, I just need to keep doing what I’m doing.  Can do.  It’s challenging but not impossible.  Progress breeds inspiration for me, so it’s been a little easier to keep going this time.

Things get created here.  And not just dust.

In other news, I have a hit another huge milestone – I have officially, as of Saturday, April 7th, finished the first draft of my book.  Now it’s done and ready to publish, right?

Totally kidding.  I know I’ve got a long way to go.

My next steps are:

1. Take a first editing pass on each chapter to clean it up a little so it doesn’t hurt the eyeballs to read.  However, I know I’ll want to canoodle with this forever if I don’t set a time limit, so I will start with that in mind.  I’m not sure what that is yet, but I don’t want to still be doing a first pass on this in December.

2. Read it myself.  Like, laying in bed, on my kindle, like I read other books.  Trying to distance myself from the fact that *I* actually wrote the thing and see how it reads overall.

3.  Read The Essential Guide to Getting Your Book Published.  And maybe do some internet research and poking some of my author friends as well on learning all the things about getting published.

I’m hoping to complete all these steps within the next month or so.  Then… my first beta reader (my husband).  Eeep!

I have lots of other video and painting plans to tackle later this month, but I’m happy to have knocked out my April writing goal on the 7th.  Take that, procrastination!