Barbarians In Past Lives

I hate when I have to be vague about things that happen in my life, but this is one of those times.   I have some potentially awesome stuff in my future, but I have to be incredibly tight lipped about it for a long ass time.  However, I alone own the emotions it is making me feel and memories I’m reflecting on, so I’ll talk about that instead.

One reason I started this blog was to become more comfortable with being honest and open on the internet.  And, because I missed having a soapbox to stand on.  As I said before, I am this weird combination of naive and trusting in a way that is totally not beneficial.  I’ll open up and talk about my pooping habits but then flinch about talking about something totally random that shouldn’t make any difference.  In another life and time a few years ago I was a bit of a big deal (not really) to a couple tens of thousands of people as the face of a game as Sapphyra, the big and brawny barbarian warrior with red hair and a bit of a penchant for drinking and beating people up.  So pretty much, it wasn’t much of a stretch beyond the haircolor.

I was completely and totally ok being open about things in the game I probably shouldn’t have (hindsight is 20/20), but totally freaked out if someone posted anything REAL about me.  I would have removed all pictures of me if I could have thought of any excuse to do so.  Possibly because I was 200 goddamn million lbs and insecure about it, but I also felt like there should be a separation between the online me and the real me.  When I walked out (amicably) of SOE over 2 years ago, I left a gigantic part of me behind.  One of the people that played the game finally found me on twitter (hi Ronson!) but for the most part, I severed ties with that life.  I always meant to put breadcrumbs out there to lead people to my next title, but the were extremely well hidden.  If you make it through the first world of the game I shipped last year, you’d see it, as I named a tower after myself (as well as some items). 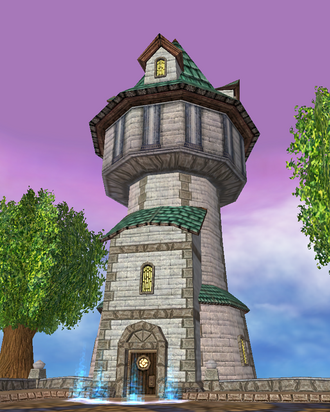 I miss those people in EQOA-world.  I miss being a bit of an internet celebrity, as stupid as it sounds.  I wish I would have let some of the cooler people in a bit more.  I always felt like a little bit of an artifical wall was necessary.  I wish I would have established myself with an identity I could take away and not let everything sort of die in a fire when I left.  While the last 2 years has done wonders to my waistline, and I’ve accepted work was on the back burner due to my priorities elsewhere (operation: deporkify), my position in at my company (non-creative managerial), and the economy and personal circumstances (couldn’t just go out and grab my dream job, even if I wanted to leave the company I’m at), I have longed for something closer to what I used to do.  With better hours, better pay, the actual title bump, and in a town I could afford actual real estate without winning the lotto, of course.

Now, it looks like I mightcouldpossiblyitsybitsychance could have at least some of that.  It is now time to go from 0 to 60 in 3 seconds and get to work.  So that I shall.  I spent a long time thinking that I had blown my shot to do something great by leaving that barbarian behind, but I find myself about to potentially step into something just as cool if not cooler.  I just had to wait for the right time.  Now, I just have to not screw up.