So, here is that normal, weekly, boring, number-y post I was doing once a week.  I like them to look back on, but perhaps they are not appropriate as a weekly (and sometimes my ONLY weekly post).  So, this year, I’m doing a month recap of training, eating, weight, etc etc.  If you’re not interested in the minutae of my life, come back for the next one. 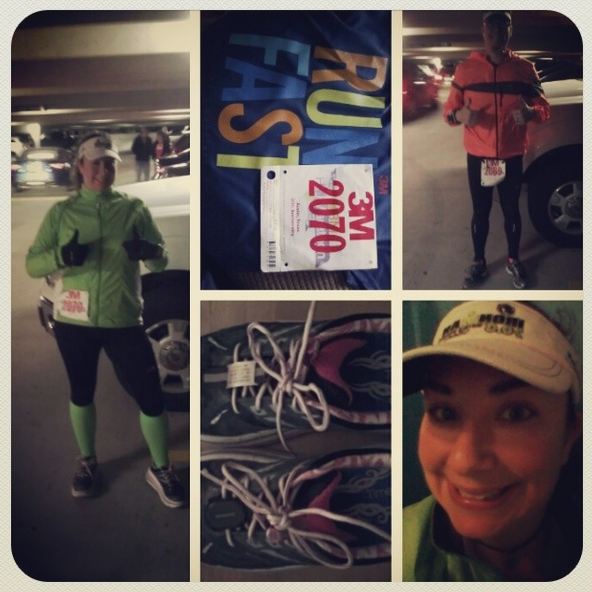 This is weeeeeaksauce, but to be expected when I was tapering for a race, then took a zero week the week after, and then fell down while unintentionally ice dancing on a particularly painful curb.  I’m back up to my 20 mile base this week and hope not stray from it (except, uh, upward) for a while.

These are all trainer miles.  I keep trying to get outside, and the weather/plans/other lame excuses keep derailing me.  I suppose it was ambitious to think I’d get outdoor riding in January, but I’ll just have to keep trying to push myself out the door on the weekends.  However, I have gotten acquainted with sufferfests, which makes me happy in a sick, sick way.  They have made for some quality trainer rides besides long, slow miles.  This is about what I expected in terms of volume, and I also expect to more than double this for February.

Considering how low of a priority swimming is for me right now, I’m happy I got this done.  The last week of the month, I swam FOUR times (only 3 are in this count because the last was on Feb 1) and swam for at least 1.25 miles each time!  I really enjoy the longer swims, and have gotten Zliten on board with them too, so more of this.  It’s really not that big of a time commitment to spend an extra 30 in the pool (since there’s all the overhead of getting into and out of the pool and hot tub and showering and drying off and stuff), so, yeah.

Yeah.  I have been lazy lazy on these lately (to be fair, the week before the race and the week after were planned off, but I missed quite a few other sessions).  Twice a week, even if I have to squeeze it in at home, barring injuries (and during injuries, doing what I can).

Total sporty-spice hours – 26.  Average of about 50 mins of training per day.  I’m satisfied with that for the “low season” (not quite off season, but close-ish).

Races: 3M.  I give this one about 3/5 stars.  I didn’t hit my time goals or make a new PR, and I’m really upset at my heel for causing me problems, but I didn’t completely blow up.

Body condition: 3/5.  I had the heel thing during the half, and the back thing from falling, and allergies plagued me a lot this month, but the first half of the month was pretty stellar.  Hopefully I’m on the mend and February is better.

Mental game: 4/5.  I keep getting worried that I haven’t taken enough time off, but my head feels pretty sharp and as long as I keep the schedule periodized (read: rest week every so often, shifting the focus back and forth from the different sports), I think I’ll be fine through the early part of this year to kick butt and take names.  Progress is really motivating to me, and I’m seeing a lot of it. 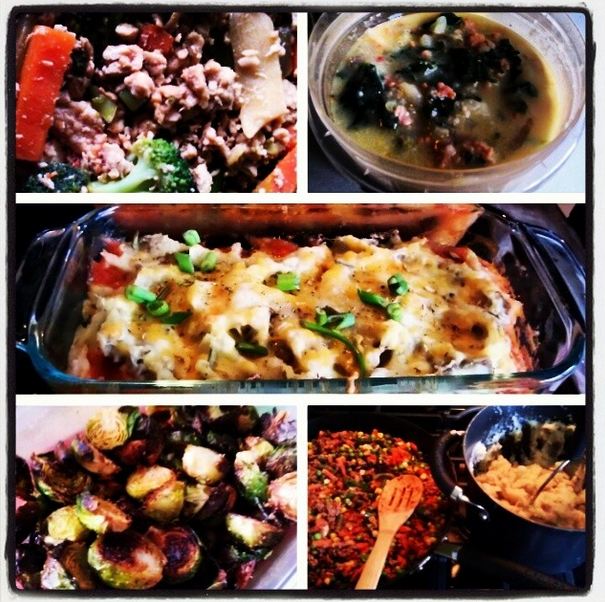 January was a rough month for me, at the beginning. I dragged my ass getting back into eating like normal healthy me, and it took until the last week of the month where I finally threw a fit and said no sweets, no chips/crackers/crisps/etc, nothing fried, and no refined grains.  ONCE a week I am allowed a treat of some sort.  I’ve been doing this for a week and a half now and I feel much, much better.  I’ve actually posted a weight lower than my lowest for Jan already in February, so there’s that.

I did get back into batch cooking hardcore, so that’s happy.  It’s necessary to have food at the ready when you get home from the pool at 9pm at night. 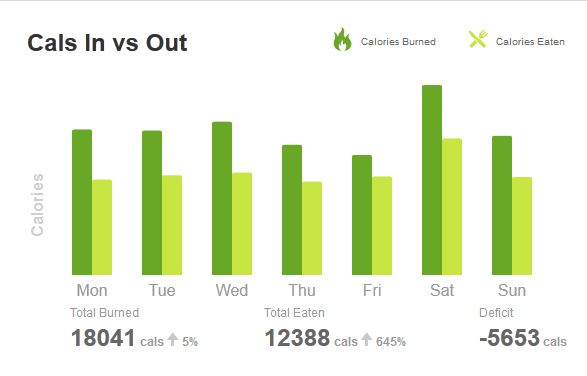 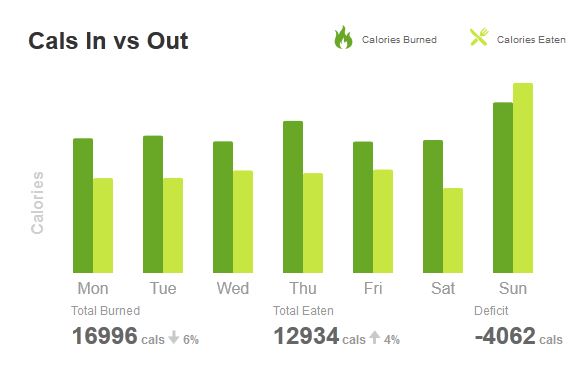 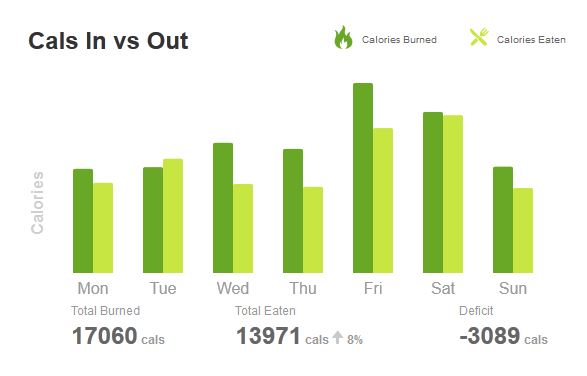 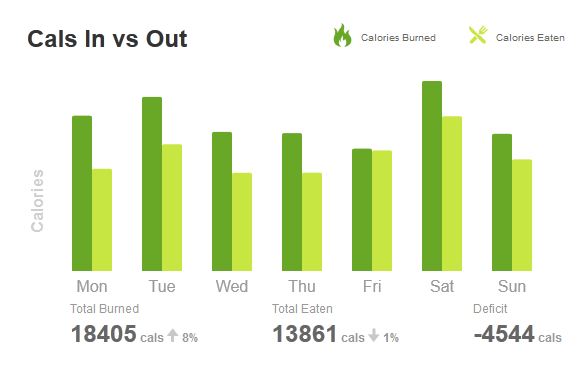 Not my finest deficit totals, but I tracked every day (even if I didn’t want to) and each week showed a deficit total.  Can’t sneeze at that.  Also, definitely see that when I eat cleaner, I eat less calories (even if I feel like I’m eating a ton).  Funny how that goes.  Hoping to ride the wave of momentum into February and see some numbers in the low 170s on the scale.

Best food I made:

Seriously, this stuff is like crack to me at olive garden, and I think the version I made here at home was better.  This is on the regular rotation fo sho.

Other things I batch cooked this month:

I’d give myself a 3/5 in this arena.   Definitely less than that earlier in the month, but I’ve turned it around and have some momentum. 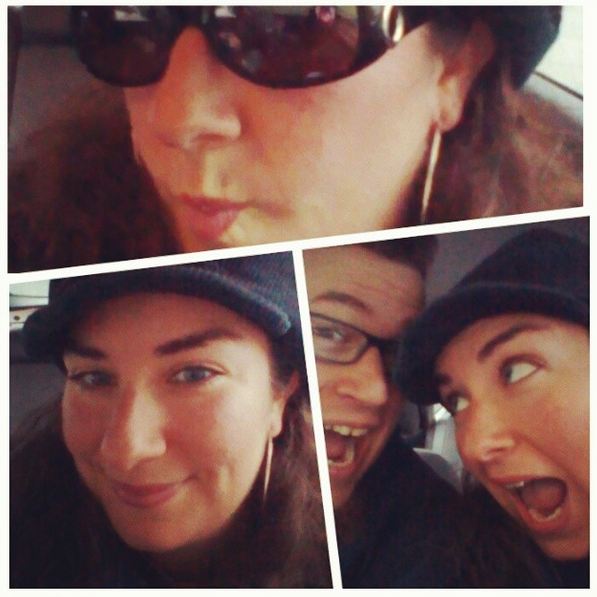 In January I tried out a conversational approach, which was nice and all, but it helps me more to have a list.  Also, Zliten poked fun at my thinly veiled list, so I’ll just add this stuff here and we won’t try to put lipstick on the pig, as they say.

PR 3M: Nope.  It just wasn’t my day.  However, I got close enough (within 2 minutes) to be pretty happy with where my run fitness is right now, and I gave it all I had that day, so there is that.

Keep Loving All 3 Sports: Yep.  I have a feeling I’m in for a big slap in the face when I actually take my bike outside to ride, but runs are going well, and I’m increasing my swim distance like woah and loving that.

Plan the race sched/Register before things go up in price: I’m registered for 5 of the first 9 races, and have the deadlines for the price increases in a spreadsheet.  Check!

Jump back on the healthy eating bandwagon: Check.  It took me longer than I’d hoped, but I’m riding along, shouting “get along, lil doggies”.  Or something.

Weigh less than 179: hard to really get an average because I was spotty at keeping track, but I’d call the average I keep seeing is 177.  So yes, less.

Get the house back in order: sorta.  It got ordered, and then out of order again when I hurt my back.  Zliten did remind me that it’s better than we used to be, which is totally true, so, win.

Replace the front door and clean out the car: got an estimate on the door and it’s ridiculous.  You need a fucking permit and inspection to replace a door?  Bullshit.  Debating on paying it anyway just so we can be done with it, or hiring a friend of a friend to do it for a lot less (but more hassle).  Car is done (not in January, but hooray for delayed posts making me look more productive than I am!).

Enjoying a social month but not so much I want people to go away: Check.  I relished the Tuesday night dinner and show, the weekend full of plans, and all the parties and fun stuff because as of this week, it’s becoming apparent that we have to pick and choose our outings now that training is ramping up.

Social media blackouts on Wednesday/Sunday: I was awful at this.  I did… ok earlier in the month but honestly forgot about it in the later parts of January.  It’s Wednesday as I type this draft, and I’ve looked at social media twice.  Oops.

I’d say 2/5 here.  I either half assed or missed a lot of these, hopefully my track record is a little better this month!

And speaking of… a few bullet points about next month:

And with that, let’s keep moseying our way through February.  I may not be minding the cold all that much this year, but it doesn’t mean I’m not craving the sun!

How To Manage Food Consumption Without Going Batshit Crazy