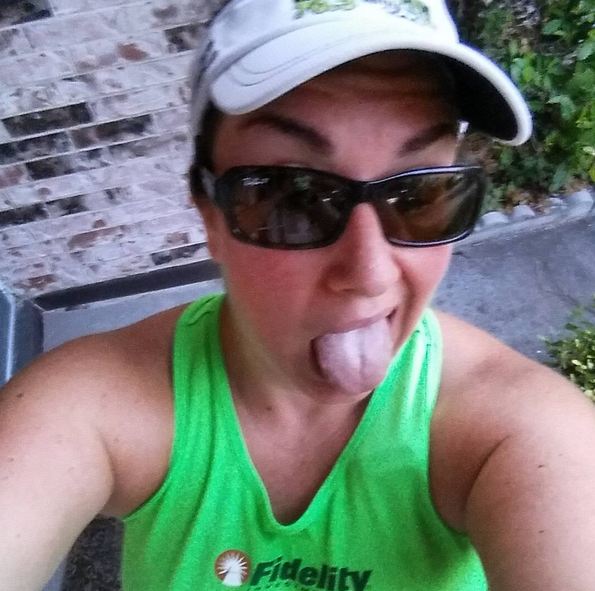 Hot running is my favorite.  Just look what a smile it puts on my face!

The second week of a three week block is always a toss up.  Sometimes it’s just AWFUL, you’re fatigued but a rest week isn’t yet really in sight.  Sometimes, it’s great because you’re handling the work well.

Happily, last week was more the latter than the former.  Here’s how that went…

Moar carbs (/overall calories).  My gut is still adjusting and I’m still terrified to get on a scale, and my pants are definitely tight, but it’s really amazing to feel the way I do during and after workouts.  I probably should devote more blog space to this, but I’m definitely still transitioning so I’ll give it a couple weeks.  Suffice to say, I feel like I’m eating like a 10-year-old version of me most of the time and it’s kind of weird and kind of wonderful even if it’s a *little* temporary (again, more on that later).

Becoming a morning person.  This is REALLY hard for me, but I’ve been able to get up before work on Mondays, Wednesdays, Thursdays, and up early on Saturdays to get runs (or Saturday bricks) in.  When I have a little more freedom to train after work every day, I will probably revert to my old ways but for now, I’m doing ok with it (especially because I’ve convinced myself this is temporary).

Continuing the Dozen.  I think it was instrumental to work on making this EASIER to do during offseason and then just continue, rather than introducing something challenging to do week 1.  I feel stronger overall.

Quality cycling.  More on that below.

Run volume.  Kind of the opposite of above, and also more like that below.

Made it to the wah pah for 1 hour Thursday for the lazy river and the lake for an hour snorkeling.  Maybe not training related (though flippering around the entire half mile+ lake definitely loosened up the legs), but happy soul related.

Week 2 Summary: 10 hours of training (9 if you don’t count the snorkeling)

This week was pretty much about working, training, spending as much time as we could with family visiting, and making sure to get enough sleep.  This next week will be even more so – probably the highest volume we’ll do at 11ish planned hours of training.  The key workouts will be a mid-week 13.1 (easy pace) and my longest bike brick: 50 bike/4 run (I’ll do another long brick but it will be more run heavy).  Beyond training – sleep, carbs, and a little bit of finding hidden time to unwind will be key to making this happen. 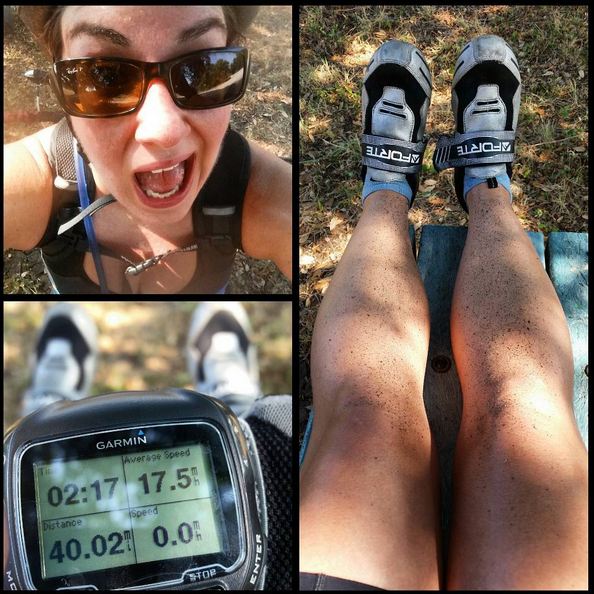 I want to make sure to go on the record with some plans and goals.  To be quite honest, I felt so ready and improved so much last year (to the tune of a 23 minute PR), this is mostly “more of the same as this time last year”, including things like…

1. 2×3 week training blocks with 1 week stepback then taper.  This sounds like OMG NOT ENOUGH TIME (even doing it the second time it’s freaking me out), but it’s just enough to do a volume build the first 3 weeks, rest a bit, and dial up the intensity the second three weeks and then BANG BOOM RACE TIME before you get time to be burnt out or really question what the hell is going on.

At least that’s how it went last time.  I wouldn’t suggest doing this with a new distance, but I’m pretty comfortable (err, well, as comfortable as is reasonable not having raced one this year) with the 70.3 miles of a half iron, so this really is just molding the clay back into the shape of this race.

2. More on focus on quality than quantity – training for a reason vs ALL THA MILEZ.

I’ve found that it is very easy for me to swim forever.  Before this year, it’s been very hard for me to find any intensity in the water.  In the water, it is more important to practice speed than jumping into the pool or lake for an hour to swim slowly (especially when I think I’ll finish the swim part of my race in 35-40 mins).

Likewise, I can jump onto my trainer and ride for 4 hours without an issue (well, besides my ass hurting).  Before this year, I had a hard time finding the hurt and staying with it.  Tuesday cycle classes and hard effort Saturday rides w/a small brick run are my cycle staples and I’ve really dialed down the easy trainer miles (so far, non-existent in this build).

Running is the only place where I find the value in mostly easy, a little hard, which is good because if I’m going hard on most swims and bikes I’ll need some recovery sessions and it’s the best way for me to gradually build endurance overall. 🙂

I also have a few things to add to the mix I’d like to keep in the brain this cycle.

1. Be present in the moment.

I’ve read some great articles lately about mental training (sadly, I didn’t save the links, so you’ll just have to take my word).  While it’s not easy, I’m trying to go beyond griping in my head about the suffering, to staying in each moment and giving it what it deserves without judgment of where I was, where I’m going, how it felt five minutes ago, and how it will feel in an hour.  At Jack’s Generic, by just staying RIGHT THERE in that zone… the cone of NOW (not shame), I was able to get to another level on the run (according to my HR data).  I know I have a MUCH better half marathon off the bike than I’ve ever been able to harness and I’m looking forward to seeing what happens when I toe the line with that attitude.

Last year I alternated long ride/run weekends, and while it worked out OK for Kerrville, I never got any longer-than-half marathon runs which I think hurt my marathon training for SpaceCoast.  I’m going to sacrifice a little sleep on Wednesday nights (or hopefully, get used to going to be really early) so I can get out for a 2-3 hour run before work once a week.

I’ve belabored the point a lot lately, but I’m aiming for 400g daily.  Bring on the pretzels and cereal!

I really think the biggest factor that could affect this outcome is the weather.  If we could manage to get a decently cool day, I’ll really have a shot.  I’ll take a crack at it regardless, but if it’s in the feels like 90s and full sun like last year, it will be a uphill challenge.

I’m only 2 weeks into training so I’ll re-evalute closer to the race, but it’s exciting thinking that a time starting with 5 is worth at least talking about this year.  If all things keep improving, 2016 may be the year I talk about potentially racing for placement in my AG (at these local races).  That’s REALLY exciting.

Alrighty campers, time to get my Monday on.  Week 3, and GO!