August has not been a kind month on the stress front.  Work has been crazy.  I don’t remember it being so crazy last year this time, but then again, I’m dealing with more projects and less people.  Isn’t that always the funnest? 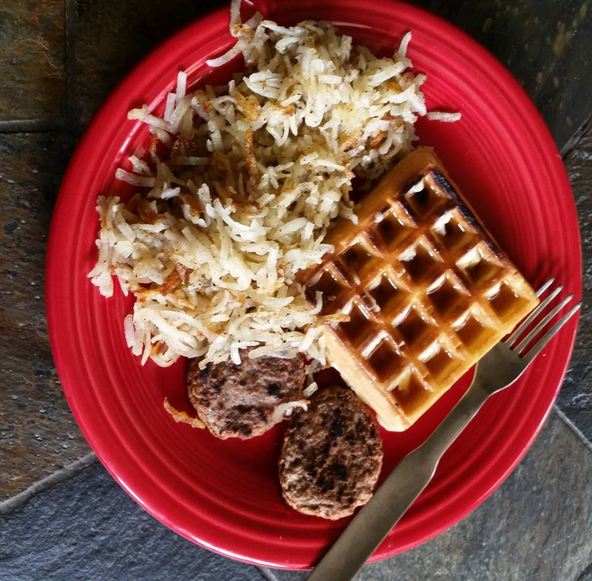 We’ve had family in town all month, which, while has been nice, has made it hard to find a rhythm.  I’m not much of a talker when I get off work.  I’ve been talking all day and deciding and interacting and it’s the last thing I want to do most days.  I’m a “recline on the couch and zone out” or in the summer “zone out somewhere in the water” relaxer.  I’ve gotten a whole lot less of that in August than normal and it’s starting to fray my nerves.

I also haven’t been able to really hit my stride with this new eating plan thing.  I’ve had a lot less time to plan, we end up shopping on Sundays instead of Friday after work which means the grocery store is uber busy and I have to get in and get out instead of wander and read labels and consider my options.

And then, there’s that whole ramping up the build thing I’ve been doing with the half ironman training.  I think in a bubble, I’ve been handling that actually pretty well, but stress is stress is stress.  Which means, hey, if I could have eliminated some of the other stress, I might have been able to load up, like 15 hours instead of 10-11.  Oh well.  I feel like I’ve at least hit the minimum training I need to be successful at the race and maybe that’s all I need.

This week was my highest volume week yet.  The highest this year… the last week that was close was the first week in January! 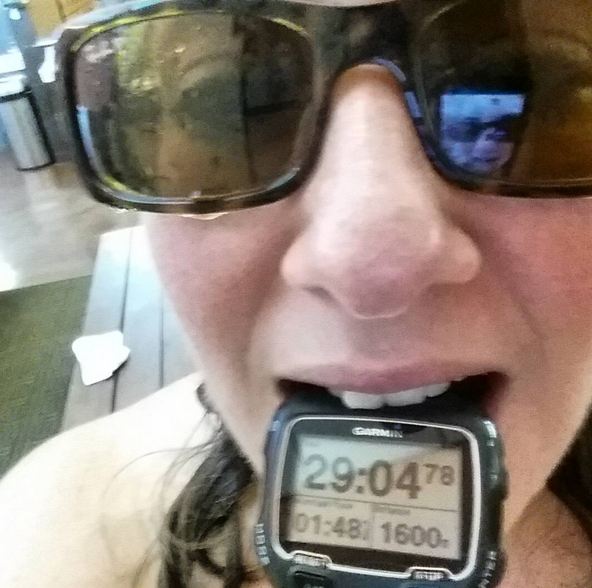 My swimming is kind of where it is right now.  I don’t have time to dedicate to it right now, heck, I haven’t been able to get an OWS in since the race three weeks ago.  I’m only a little worried about it.  My focus will go back there in September, once the schedule is a little more flexible.

I was all excited about not spending any time on the trainer the last two weeks and I did THREE trainer rides this week.  Tuesday, we missed the window for class, so we did a RIDES video which was actually just about as intense, so that worked out.  Saturday, Zliten played the NEED SLEEP card when the alarm went off at 5:30am (I think he was a little under the weather and sleeping something off) so instead we did a weird brick thing which involved one hour hard with a run after, then one hour light with a run after.  Sunday, we spun easy as planned.

It wasn’t my finest cycling week ever, but even if I didn’t get outside, it’s more butt in saddle time than I’ve gotten lately so, I don’t feel too bad about it.  I’m guessing at outdoor intensity/paces, it would probably be more like 80 miles but whatevs.

This week was a pretty darn decent one for running.  I got in a 3.2 and 5 easy Monday and Wednesday morning, ran an easy half marathon Thursday before work (and actually felt pretty awesome that day after), and then capped it off with 4.25 fast miles off the bike at a 9:30 pace in the heat on Saturday.

I hit my planned numbers and workouts here, plus was able to crank out some pretty fast miles when I asked my body to do it.  Running is my priority right now, and you can definitely tell.

This week, week 4, is a stepback week.  Most of my body feels great.  My knees have been trading off being cranky (seriously, one day, it’s the left one, the next, it’s the right…) so I’m hoping a little less training and a little more stretching will help them both shut up.  Mostly, I need the schedule stress pressure release valve more than anything.  No 5am alarms this week (until Saturday).  That is important.

Honestly, this was an epic fail for many reasons.  This pizza was actually a pretty bright spot in my intake.  Homemade, with spinach and garlic and turkey pepperoni and feta and a shit ton of veggies = yay. 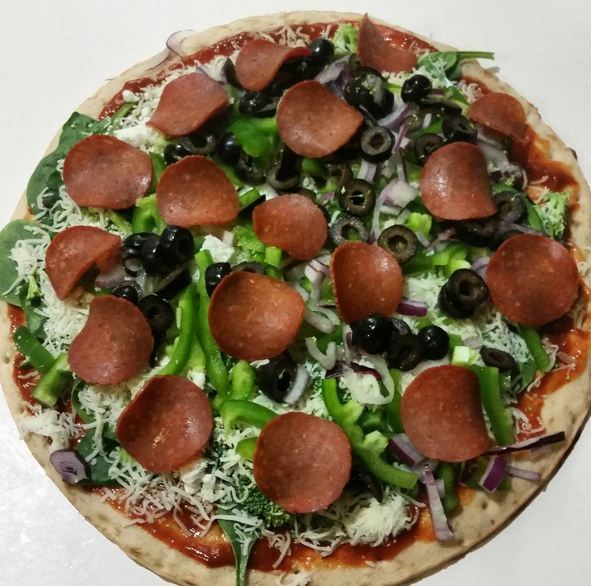 1. I didn’t track after Thursday afternoon.  Sometimes life just gets in the way and it really, really did last week.  I’m pretty sure I ate: not enough calories, too much fat, not enough carbs.  Let’s just call it what it is and move on.

2. I just have had no time to plan.  Even the little bit of planning gets tossed to the wayside with my unpredictable weeks, and I can’t really get the hang of this.  I really feel like if I could get some time to sit down and do some research on better ways to get the carb fuel in I need without feeling like I’m eating so much junk food (and then be able to actually stick to a plan).

3.  Fiber bombs.  On Tuesday, I ate 46 grams of fiber unintentionally!!!  It made Wednesday (and the run that morning) a little uncomfortable.  That’s almost double the recommended daily.  It is just SO hard to do this plan without completely overdoing either the fat or fiber.

4. We went to Indian Buffet yesterday.  They were closing.  I ate two plates of food in 15 minutes.  3 hours later when it was digesting, I have never felt so ill in that way in my life.  Bad decisions.  I still don’t feel right today.

Just trying to hang on this week (back to tracking, have one or two extra tricks up my sleeve) and doing my best to hit my goals.  Embrace the chaos.

I’m still terrified of the scale, but I don’t think it is any worse than it was a week ago.  The weird thing is I went shopping and the majority of the shirts I purchased were small and medium.  I think that’s more of a commentary on vanity sizes and maybe society as a whole getting larger but hey, I’ll take all the body confidence shots-in-the-arm I can get right now.

Played D&D with the boys on Thursday.  I think I got all the kill shots with my crossbow.  We levitated this big baddie and just skewered him back to whence he came. 🙂 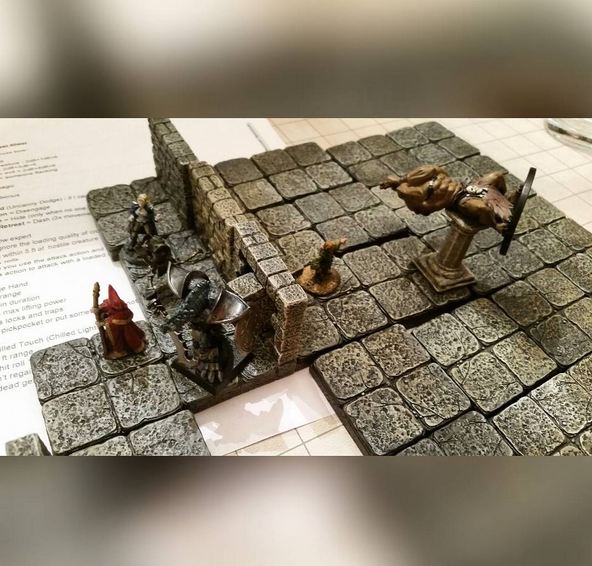 If you find this in the thift store in your size, you buy it.  I mean, come on… POWER SHIRT?  YEAH!  ROAR! 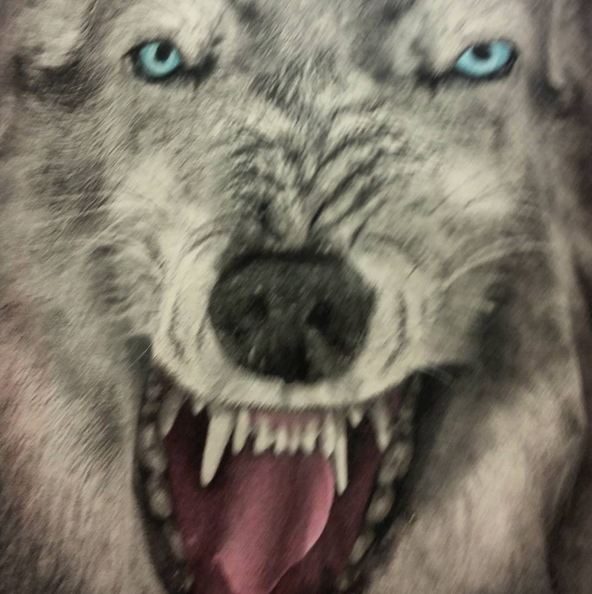 …and that’s about it for the first 3 week block.  Do I feel ready yet?  No.  But I’m happy that getting my endurance back has not been as great of a reach as I feared.

What is your power shirt?