Whew, what a week.  I’ve been trying to put this one together for four days.  I sort of feel like this is one of those COPY PASTE weeks, nothing crazy new and innovative, so let’s just get on with it so we can get back to life, liberty, and the riding bikes, yeah? 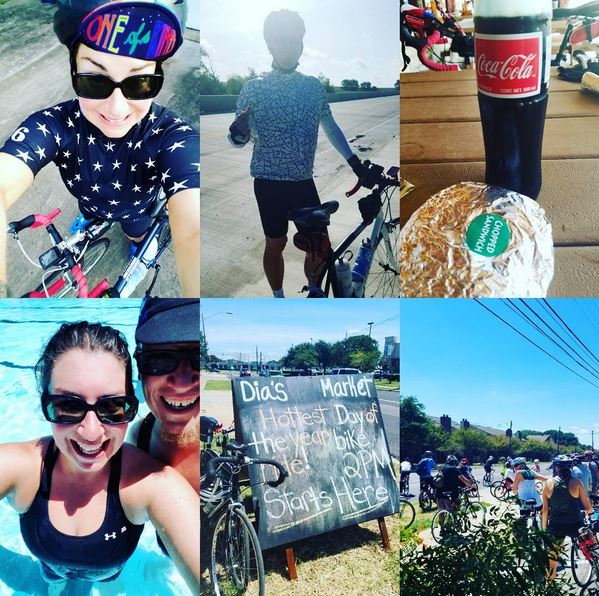 My Saturday was better than your Saturday.

Second verse, same as the first… bikes are rocking my world and I actually kind of appreciate my commute now on bike days because it’s a great way to wake up in the morning and unwind in the evening.  The only time I really get *over* biking is on the fourth hour of six hours of riding when it’s over 100 degrees and I need fuel badly.  And then, after a quick stop, I perk up just fine and it’s time for more bikes.  Yay bikes!

Swimming is my procrastination sport right now.  It’s so easy putting off actually going to the gym with extra hours at work so I didn’t go.  At all.  I figured out the way to fix it is to make myself go in the MORNING and I’ve already gone once this week and even did some (simple) sets, so that’s an improvement already.  My paces are definitely not where they were, and my body feels… clunky… in the water, but it felt nice to be doing it.  I know it just takes me about a month of going regularly so hopefully this week is the start of that.

It feels weird to be taking the minimal approach with running, but my average paces were in the 8s and 9s last week (let’s hush that it was 2 miles total).  I’m not sure how long I’m going to give myself at this low volume, but I’m enjoying the fact that I can actually run fast again!  Hopefully this translates to fast and LONGER once it’s time to train for the half.  It’s been a while since I’ve had the luxury to run so little so I’m enjoying it, especially because it’s hot as balls out there.

Soon, I need to start lifting heavier objects than myself.  It’s definitely getting easier and I’m doing this in the right order per my personal training training, but if I want to GET STRONG I need to lift some iron.  Or at least some rubber (use the bands).

This week’s plan is much more balanced:

7-8 hours planned (so it should feel like a rest week, heh). 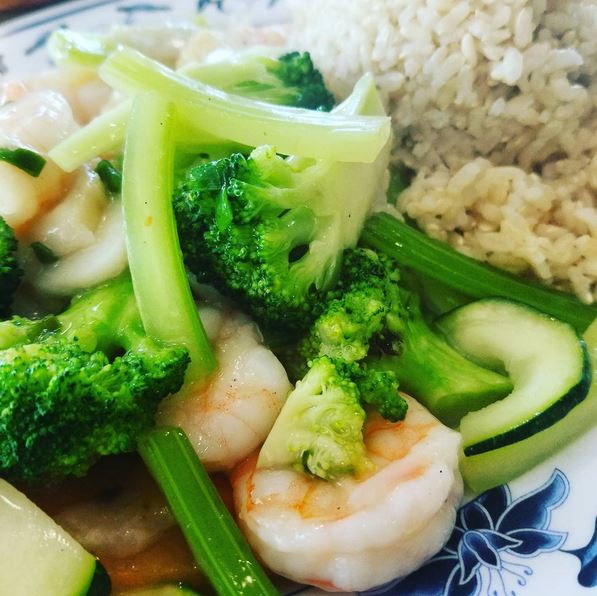 Proof you can find something non-reprehensible for Chinese food!

Food.  Oh food.  I’ve made some strides here but it’s my Kryptonite with a capital K.  I was talking with someone this weekend and how UNFUN it is to lose weight with restricting eating vs being healthy and active.  Bah.  Can we just train for Ironman again instead of this crap?

I’m frustrated and not seeing a lot of progress here, so let’s just run the numbers and move on.

As you can see, it is not my finest week.  Quality numbers below.

Well, here we go.  First perfect score (Wed).  Actually six really good days and a Saturday that included a lot of junk food.  Because what I put in my mouth seems to take about 3-4 weeks to reflect in my body, I’ll get back to you next month on how this is working… but I’m actually pretty happy with how the averages worked out. 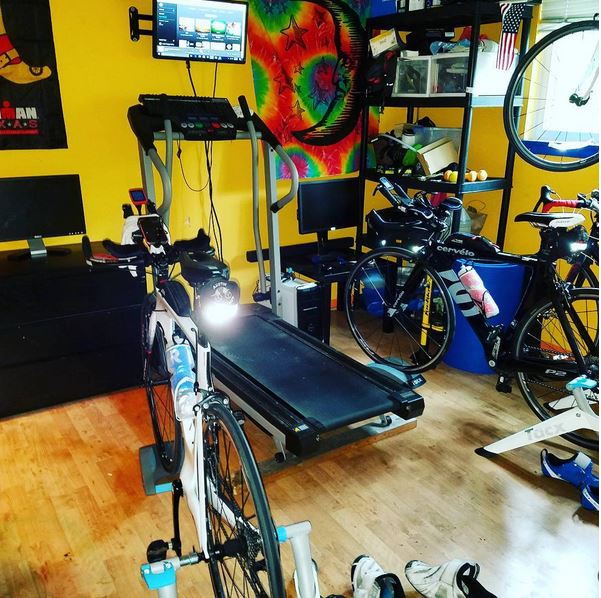 Here’s where everything is roses – I’m actually doing really well at making progress with my To Do list.  Y’know what helped?  Making a monthly plan for the rest of the year with the big items.  When I keep freaking out about all the things I haven’t done, I can remind myself that it’s slated for another month and it makes me feel immensely better.

I’m two chapters down in my book and into my third.  I am super excited about this.  Forcing myself to write, and not just write, but write THIS an hour a day has been a great exercise in just fucking starting something.  I have no idea if it’s any good, but even if it’s bad I’ve written about 13k words of bad and any writing is good writing for a rough draft and practice.

I’m worried that it won’t be terribly interesting to anyone or have a broad enough appeal, but I also remember I spend a lot of time reading about military things (because they happen to be in space), which I’m not inherently interested in, in and of itself, but put it on a spaceship, and give it some action and snappy dialogue?  I’m in.  So, the goal is to write it all out and THEN decide if it’s interesting enough for someone who isn’t me.

The light is at the end of the tunnel with the office.  I think giving up the idea of it being PERFECT and just settling for it to be relatively organized and useable was a great decision.  We’re at the point where we have just a few tasks left to call it done.

At that point, we just need some help hanging a whiteboard and then the office is now… an OFFICE!  And the dream of four usable bedrooms is realized!  And we can move on from house organization crap for the rest of the year.  Is there more to do?  Always.  But I’m so done with it for a while.  Next offseason.

Now the biggest To Do with these rooms is to continue to use them on an ongoing basis so they don’t become places to dump junk again.

And I did these other things:

What’s on tap this week?

So, my question to y’all is: Daring Greatly/other Brene Brown books – a must read or overrated?  Do you have something else I must absolutely read first that is life changing?  Hit me up in the comments.