It’s the little things and a few moments in time and measurements in fractions of inches that are going the right way that give me hope that maybe my crazy plans are actually working. 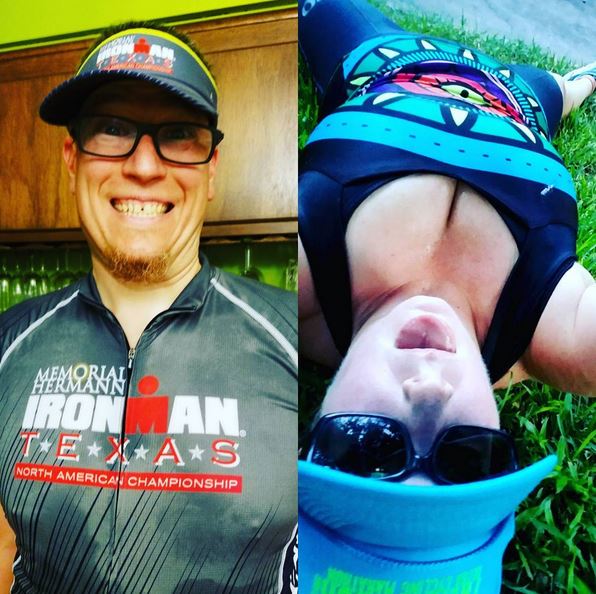 Saturday, we did a slightly longer version of our Pain Cave brick workout from last week.  20 mins warmup, 6x 5 mins steady on the trainer/.25 mile on the treadmill at somewhere around 5k speed, 15 mins cooldown.

I can tell you how things didn’t go as planned that day.  I was tired and didn’t set an alarm and woke up after TEN AM.  The treadmill crashed down off the two by four it was propped on and scared the ever living crap out of me on the second interval. I’m still getting used to my husband on the treadmill about four inches from my face when I’m on the bike.

However, I can tell you sometime about interval four I felt my legs start to do the sling shot thing.  Instead of taking effort to move my gams from being extended behind my body to bent in front, at that particular pace and time, it was happening via momentum.  Not every time, and especially when I was just trying not to fly off the treadmill into all the hazards elsewhere in the room, but one part of fixing my stride clicked for the first time… at least in years, before I knew what good or bad running stride was, and maybe ever.

I logged 3.5 miles last week at an average pace of about 9:20/mile.  I’m starting to see dividends in my stride and hopefully this continues.

Also, I lived one of my worst biking fears on Wednesday and it wasn’t that bad.  I totally misinterpreted the world and instead of staying put when an ambulance was coming through a busy intersection, I clipped in and started to go.  Once I realized what was going on, I fumbled and didn’t get unclipped in time and went down RIGHT into the righthand turn lane from the lane heading straight.   It was not the nicest commute in the world but my big girl pants were firmly on, so I got up, rode to work the rest of the way, and rode home.  I’ll probably be a little more cautious on the bike for a bit because I am skittish, but I think I will survive.

Other than that, it was a great week, I hit everything I planned to do.

7.25 hours total.  One key was that I hit the swims in the morning.  We’ll see about changing that up once my schedule clears up a little, but once I’m heading home, it’s REALLY hard to motivate myself to take that detour to the pool.

This week is pretty mellow until Saturday, the ride I have been training for, Hotter’n’Hell 100.

…and obviously riding bikes for 100 miles on Saturday.  I expect it will take us somewhere between 6-7 hours of riding time, and we’ll have 4-5 hours of training on Mon-Tues-Wed and then two days off to rest up.

It’s weird to have a goal “race” that’s not really a race, but just sort of a morning/afternoon party on bikes, but after all the super serious Ironman prep earlier this year, I’m so so so so so good for it! 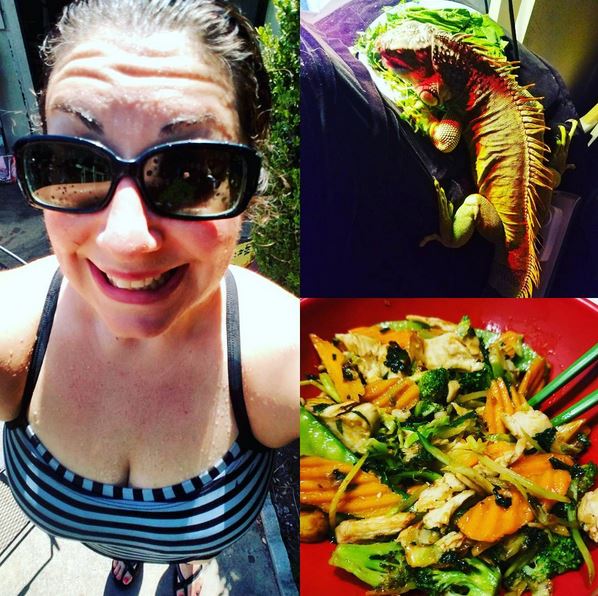 Here we go.  Numbers and stuff…

Alright, alright, alright.  Finally some progress.  It’s always darkest before the dawn, I guess.  Obviously, there’s still room to be better, I actually overate on Saturday, not just my -1000 calories in fitbit, but my actual calorie burn +200 or so, but throughout the week it evened out.

Just for funsies, I’m going to put the garmin stats on here as well.  As you can see, it’s a difference of about 300 each day, so while on Fitbit, it looks like I should be losing almost 2 lbs per week, on Garmin, it’s got me right around the 1 lb mark.  Hopefully averaging these out over the next month paired with my average weight loss, I can decide which one seems more accurate in the long term.

So, how about quality?

I’m going to guess that this, the low 20s, is the approximate DQ threshold where I start to lose weight (as long as my calories are in line as well).  I’ve cut out a lot of the negatives (switching refined grains for whole the majority of the time, eating fruits and nuts instead of other snacks, really thinking about sweets or fried food) and working on adding the positives (getting my required 4 servings of veg per day).

I suppose the despair last week and the relief this week is finding something that works that I can also live with.  Yes, I’m pretty certain that giving up all “negative points” foods and alcohol and I would lose weight.  I could probably do that for a couple weeks (while being a shut in) before I rebelled and went on the biggest battered-fried-dipped-in-ranch-frosted food bender with a bottle of whiskey.  I do moderation much better than abstinence.

I’m aware that I can’t indulge every time there is a reason to indulge and get to race weight.  I’ve passed up work pizza and cake this month.  I’ve stuck… reasonably well to the alcohol in moderation thing.  I’ve gotten comfortable with my weaknesses and starting purchasing pre-made salads to bolster my weekend veg content, making healthy deserts that include sunbutter to get some nut action (heh, heh), and keeping more accessible fruits around so it’s just grab, wash, and go.  The sugar cravings are MOSTLY held at bay with energy balls and some dark chocolate on occasion.  Oven fries, garlic pistachios, and popcorn are almost as good as fried fries and chips.

So, let’s say I find the balance and it’s indeed that 1 lb per week.  That’s about 30 weeks until I hit my goal.  Give or take a few weeks for holidays/vacations where maintaining is just fine, thanks, and I’ll be at my raceweight for my 39th birthday.  That would be a heck of a gift to myself, especially if I can do it while still stopping for a beer on the way home from bike commuting on Wednesdays as long as I also don’t eat the fried pepperoni pizza eggrolls from the food truck outside. 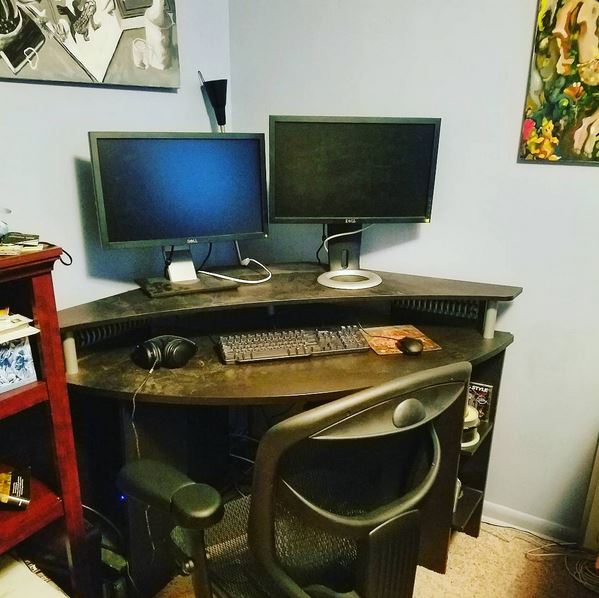 Yes, I used this picture before.  Imagine it just as dusty, but the bookshelf organized and the rest of the room you can’t see in serviceable shape!

THE OFFICE IS DONE, Y’ALL!

I didn’t actually take a picture of it because, honestly, it doesn’t look impressive.  When I gave up perfect for good enough, it meant there’s still crap on the shelves in the corner and there’s still a table with stuff on it and four monitors underneath and I still need to hang some degrees and certificates.  But, it meets all the criteria.  Everything has a place and the things that were elsewhere in the house that were supposed to go there are in there.  The closets close.  The floors are clear.  Most importantly, the desks are clear and we have workspace.

I am proclaiming it done, and for the first time in many, many years (maybe since we moved in), we have four usable rooms with a purpose.  This means, as I have promised my husband, that we are taking the entirety of September off house projects (while we gear up for the kitchen remodel).

I’m really proud of the fact that I’ve been able to sit down, write, and have it flow.  I’ve got the rough draft of three chapters written.  About 16k words.  I’m not so naive that I think it will continue like this forever, and I’m not entirely sure what I’ll think of it once it is done, but I’m writing a book.  I’m about a quarter done.  Even if it’s a big pile of dog mess at the end, I’ll have done it.  And I’ll know what to do better next time.  If I can write a crappy book in three months I can write a not-as-crappy book in another three months and then maybe a decent book in three MORE months and by the time a year is up, I have a shit ton of words and maybe something worth publicizing.

Other stuff I did or didn’t do:

And, on that note, off to do the things that make the stuff go!