On taking up space in the world…

As my mind quiets as we delve further into offseason, I keep finding more tendrils to unravel, though it’s all probably the same ball of twine, twisted up in different ways.  Last week I fretted about where I might practice my music.  Upon reading my blog and many times after, my husband replied consistently, over and over, “I don’t mind you practicing in the living room at all.” 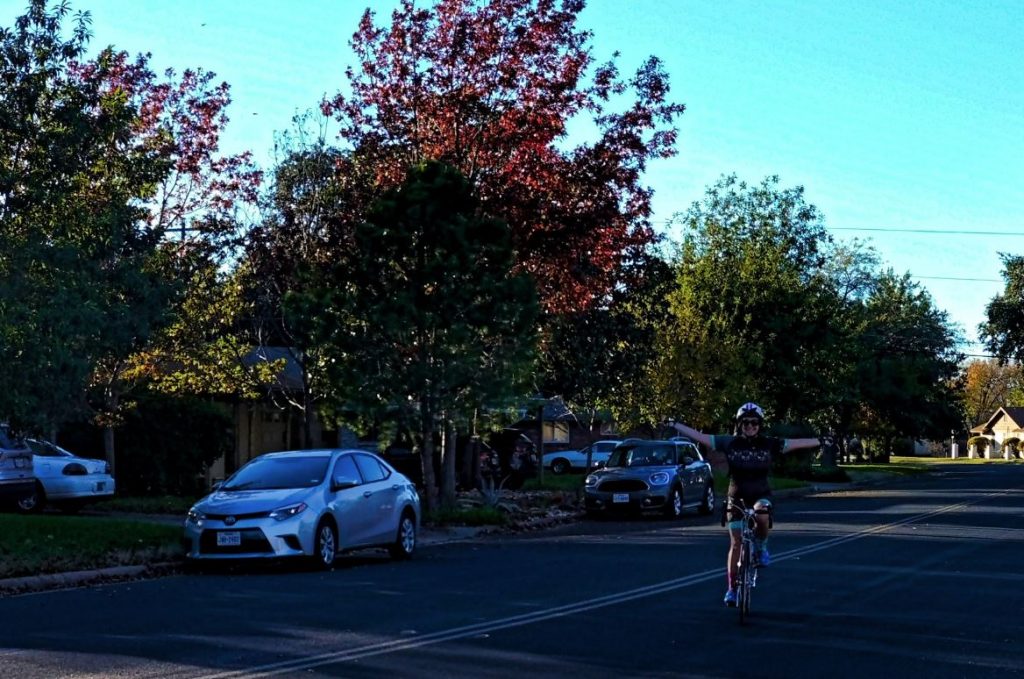 I continued to try to give him an out. “That’s kind of you to say.  You don’t right now, but you WILL if I want to do it more often. And what about the singing?  That can’t be pleasing to the ears listening to me try to get a tune right over and over…”

I’m starting to get over the piano conundrum.  I can practice with the volume low enough it feels like background and when Zliten ducks out of the living room for five minutes, I usually take the moment to play a bit.  But… the singing… the anxiety level ratchets up a few notches when *I’m* the instrument (without great volume control).  However, even after much prodding, I still continued to get nothing but support, so on Friday night, we set up my headphones so I could hear music and also still hear myself sing.  It sounded absolutely terrible and crackly processed through the computer, but when I took one ear partway off… IRL, I actually sounded… decent?  Good, maybe even?  The setup definitely helped me keep pitch and with practice, I think this song might be less out of my vocal range than I expected.

But, every five minutes, I had to keep asking him, “Are you over this yet?  I’m sure this has to be annoying as a cat wailing…”.  I continued to get empathetic “No, you’re fine” responses, but I still quit after five songs, even though I was enjoying myself.  I’ll practice on the piano for 10 minutes and quit because Zliten’s decided to sit back on the couch and I’m not alone in the room anymore.  My first instinct is that this music is a terrible imposition, not because it really is, but because I am incredibly self conscious about it even if I’m kind of impressed with myself at how quickly I’ve picked it up again.

This is all a metaphor for the tenebrous grasp I have on self-confidence right now.  I’m in this place where I think I’m actually pretty fly for a white (gal) at various and sundry things in my life, but when the situation switches from an internal to an external locus of judgement, my confidence falls flat.  It’s the weirdest feeling to have this dichotomy of thinking you’re awesome but also everyone else is going to think you’re absolute rubbish.  I suppose it’s an improvement on complete unworthiness, but this HAS to be a stepping stone to something better, because it’s weird and awkward.  Keeping this awesome secret identity from the world is definitely causing some of my mental friction lately. 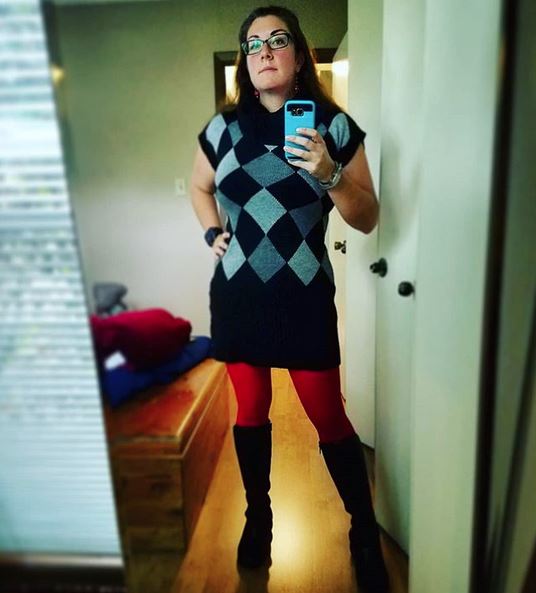 Feels like maybe there’s a cape under there somewhere, I just haven’t found how to show it to the world yet…

“Our deepest fear is not that we are inadequate. Our deepest fear is that we are powerful beyond measure. It is our light, not our darkness that most frightens us. We ask ourselves, Who am I to be brilliant, gorgeous, talented, fabulous? Actually, who are you not to be? You are a child of God. Your playing small does not serve the world. There is nothing enlightened about shrinking so that other people won’t feel insecure around you. We are all meant to shine, as children do. We were born to make manifest the glory of God that is within us. It’s not just in some of us; it’s in everyone. And as we let our own light shine, we unconsciously give other people permission to do the same. As we are liberated from our own fear, our presence automatically liberates others.”

My logic circuits get super pissed off at the first part of this quote.  OF COURSE YOU ARE NOT AFRAID OF GREATNESS! THAT IS ALL YOU WANT IN THE WORLD, WOMAN.  And then I take a look at all the things I’ve *really wanted* in my life that I’ve abandoned or half-assed.  I am totally afraid of the light.  Something in me both wants to shine brightly and is immensely afraid of doing just that.  What makes me tell myself that I’m good, talented, and worthy at a thing in my own mind, but that light has an impermeable barrier enacted five millimeters from my own skin? What in the actual eff is my problem here? 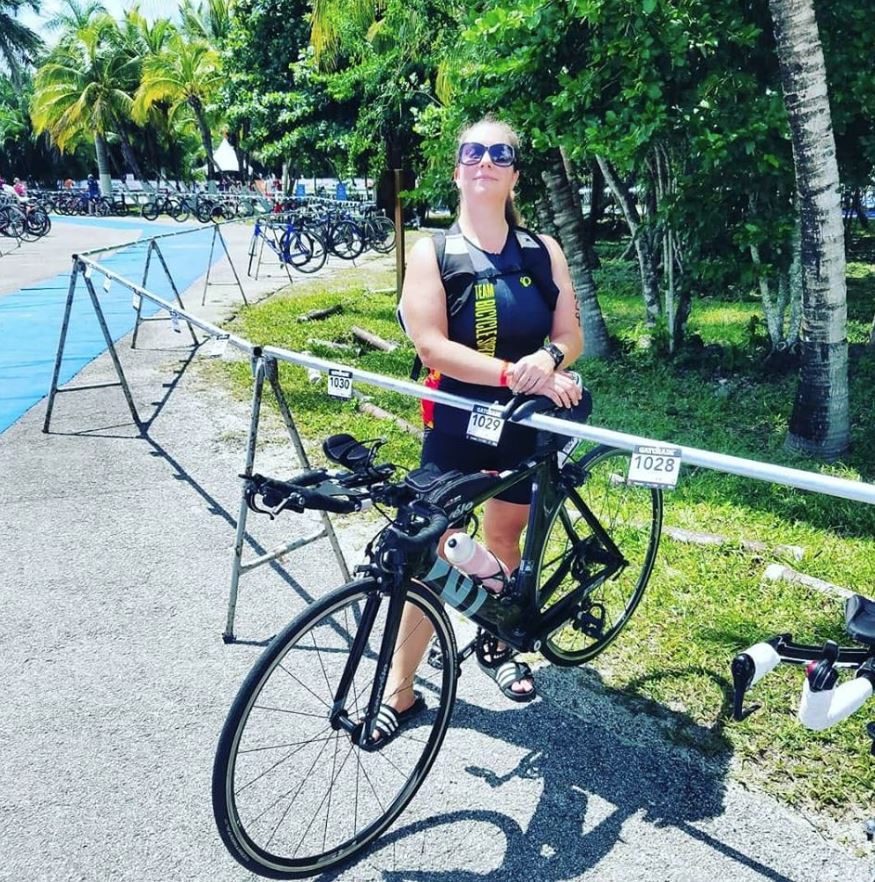 From my few moments of feeling unbridled self confidence and unlimited possibilities before Cozumel 70.3

If I’m being truly honest, I’m in the habit of playing small when things get uncomfortable, and I have a great fear about taking up too much space in the world.  I have moments where I think, “oh gosh, what if I’m being too much right now” and I shrink in the consideration of the world around me.  It’s weird, because I can easily and truthfully say to myself, “I don’t care what people think” and in the same breath check to see if I got any more likes on my last Instagram post or hesitate to speak up in a conversation because I don’t want to sound stupid.

I think the proper sentiment may be that I have a higher tolerance of being weird among strangers in public.  I have a greater understanding of how people really are absorbed in their own head most times, and they don’t really have any opinion about what I look like running around in wet spandex or doing a silly dance in the middle of a department store.  When it comes to people I know, it sort of does.  And then, when the people are familiar and it’s a subject that makes me feel vulnerable (art, writing, music, something subjectively creative), it’s like walking the highwire for me.  And we’re back to the marked difference for me between the stage (where I’m okay) vs where I can see people’s eyeballs (total paralyzing fear).

Unfortunately, I don’t have answers on this one.  It’s definitely something deep seeded in me, I’ve been dumbing myself down since my pre-teen years when I didn’t want to appear too smart in school.  I don’t really have a course of action besides keeping an eye out for when I act and feel this way and keep pushing myself to do things that stretch my comfort zone.  Singing and playing music in front of my husband and not feeling as if I’m imposing deeply on his life is a good start.

Finding fall, and other transitions…

Running out of steam…