Howdy campers!  It’s Zliten’s birthday and we’re celebrating the last day of birthday-mas with some homemade birthday bourbon bacon butter pecan ice cream and a nice seafood meal at McCormick and Schmick’s and maybe a little extra bourbon not in the ice cream.  Who can guess? 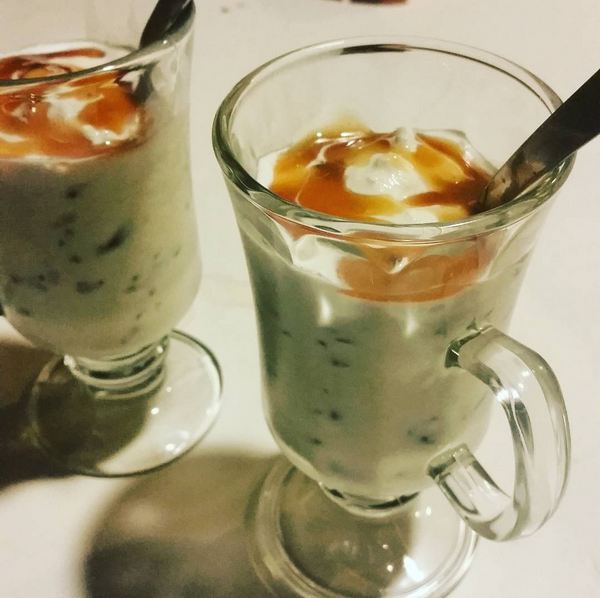 Tomorrow starts the phase of #projectspring called #projectraceweight.  I don’t know why, but it feels more official with a hashtag so I’m going with it!

As I said before, the plan in terms of food intake is:

Now, the last time I associated the number 1200 and calories together was probably something like “that post-race meal had 1200 calories in it” or “dang, I still have 1200 calories left to eat today and I’ve had breakfast, lunch, and snacks”.  With training and racing, 1200 calories in a day = grouchy, lightheaded, and your performance suffers.  You eventually end up in your kitchen eating almond butter out of the jar with your fingers because your body needs fuel NOW.  Don’t ask me how I know this.

For the next few months, there won’t be training to fuel.  I’m sure I’ll have days where I find myself having a higher activity level (heck, I have a 10 mile race and sprint triathlon between now and July that I’m going to show up at and see what I can do) and will adjust accordingly, but my typical day?  1200 calories + just a little more if I’m dying.

I’ve done this before, I can do it again, and I believe I’m up for the challenge.  However, it doesn’t mean it will be easy and it won’t take some strategy.  Here’s how I’m hoping to get through this. 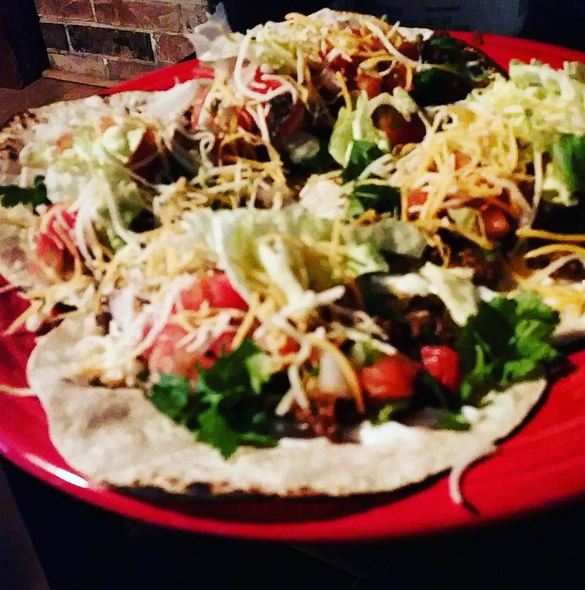 Tacos will always remain on the menu, maybe just a little less cheese though…

My version of a healthy meal is largely unchanged.

I’m not planning on trying to really reduce portions (as in, eat a smaller sandwich, salad, etc), just remove calories where perhaps they might be luxuries.  For example, right now, I might eat a turkey sandwich on a roll with a nice big side salad containing cheese and croutons as a meal.  Next week, I’ll eat a turkey sandwich on sprouted grain bread with no cheese and just mustard and a nice big side salad with just veggies and lower calorie yogurt dressing, which is really just as filling, just slightly less enjoyable. 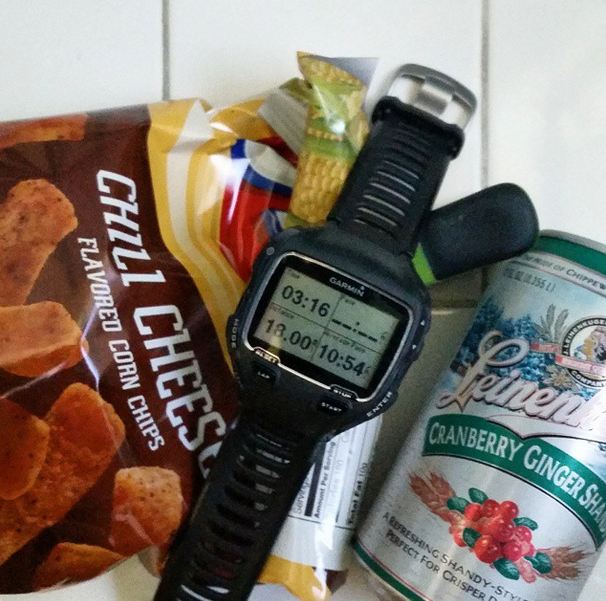 Eliminating snacks with more than ~50 calories.

When I’m not crushing 2-3 workouts a day, I’d much rather allocate my calories to a bigger lunch and dinner rather than pick at food all day and never feel full.  Before running and triathlon, when I was eating to lose weight, I rarely ever snacked – maybe some carrots here or a piece of fruit there, but I saved my calories for meals and felt much better than picking at food and being hungry all day.

Typically, I am more brain hungry (want) than stomach hungry (need) between meals in offseason, because I’m used to eating more food every so often, and that’s a hard habit to break.  Things I’ve used in the past to curb my appetite:

In general, if you give me some salt and/or something the chew on, I’ll get by. 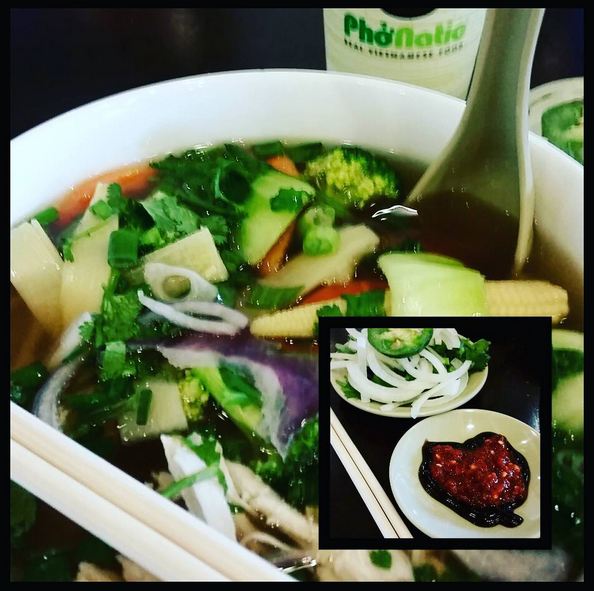 Definitely one of my go to meals out.  Chicken pho with veggies is super filling for the amount of calories.

Not being tied to my kitchen

Of course, the best way to eat healthy and lose weight is to cook most/all of your own food.  However, sometimes a friend wants to meet you for lunch.  Or you’re out and about and you’re starving.  Or you are just plain sick of your own food.  Or you just don’t fucking feel like cooking.

One great tool in your fat loss arsenal is to have a bunch of meals you know are reasonable out there in the wild.  I lost 100 lbs eating a whole lot of takeout because my company was working long hours to ship a product and feeding us lunches and sometimes also dinners at work.  I still got it done.  Is it cheaper and healthier to make food at home?  Sure, but I can assure you that it’s possible even if you don’t cook all the time.

I generally have the info in my head, but I’m also building up a personal database of places I can go and get a filling meal for under 500 calories, which I will stick to if at all possible.  While it feels gimmicky sometimes, I appreciate a lot of restaurants doing a lighter menu so at least I know there’s something reasonable, and something I can somewhat predict the calorie count. 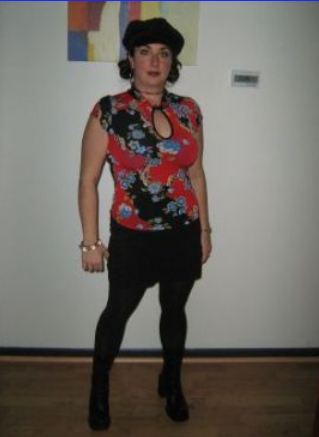 In July, hopefully I’ll be back to this size and able to put all this nonsense away for a while.

This is not forever

This is the big one for me.  This is what I’m doing right now.  Cake and pizza and all the gross food I can afford to splurge on occasionally during high volume training days will still exist in four months.  I won’t have to suffer shunning the bread basket at restaurants and order whatever sounds least horrible on the light menu and grumble or eat like a fucking bird at parties so I can have a few drinks for too long.

I’ll have some stuff to navigate and my willpower will be tested.  There will be a good handful of birthdays and other social get togethers between now and July.  Game night every two weeks has snacks and sometimes beer.  I’ll be on a freaking cruise in the middle of this (which I will do my best and splurge SPARINGLY).  I just have to remember that: 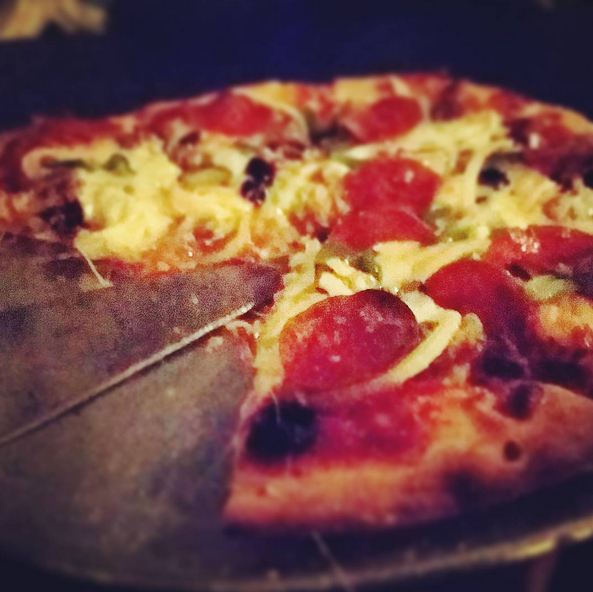 This will NOT be part of a normal day.

In general, I’m going to try to stick to the same amount of calories for each typical meal every day so even if I am not tracking closely and am out and about, I can have a general grasp of what I can afford to eat.

I want to make sure this has a decent amount of protein.  I’m less concerned about a huge volume of food for the calories, but it needs to keep me fueled from about 9am to 1pm (to sit at my desk and not do much).  Typical breakfasts for me are:

I’ll pair this with a cup of decaf coffee with a SPLASH of the regular stuff.  I may be the only person trying to get back ON caffeine, but its a GREAT appetite suppressor, even in these small doses for me.

I know how to eat a BIG HUGE GIGANTIC 400 calorie meal.  I also know how to eat 400 calories in 4 spoonfuls.  For the next few months, I need to lean towards the former and ditch anything that’s got a lot of calories per volume.  Typical lunches or dinners may include:

Frankly, most of my recipes are ~500 calories or under.  I just need to make sure I pick the most filling ones because I won’t have snacks to fall back on!

It’s a little intimidating, because I haven’t done this for a while.  What if I fail?  If I was in a vacuum and didn’t have to navigate other humans with my food choices, it would be much simpler, but certainly not as fun.  So, for the next few months, it’s about the food and not about the food all at the same time.

Question: what’s your go to healthy meal (either homemade or out)?