There’s always one of those weeks (or more) during a training cycle where you feel like everything is just a little out of reach, and you’re failing at everything even though you’re not really and doing just fine.  This was one of those, but I think I hung on alright and now it’s rest week so… YAY! 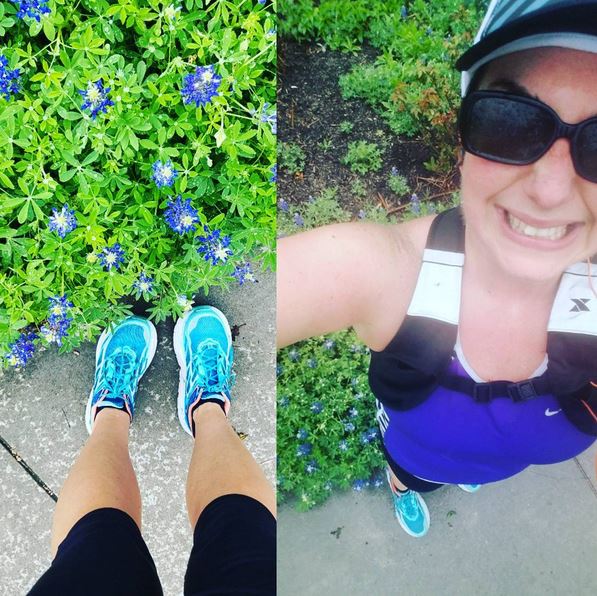 When you see bluebonnets at mile 19 of 20, you have to stop and take a selfie because… spring.  Not because you want a lil break.  Not at all…

Last week I had 12.5 to 15 hours (depending on a few things) planned, and I got… 12.5.  I hit all the sessions I needed to, I skipped the optional commute I had planned on Friday, and all the bikes were a little shorter (a few minutes here and there, but it adds up).

However, I kept everything else on plan.  Two swims, one over 3k, done.  Two weights sessions, done.  An hour lunch run, done.  My last long run, exactly 20 miles?  Done and done.  I won’t begrudge not being overzealous on the bike since I hit everything else on the nose.

The twenty miler was a whole lot of interesting.  First of all, we got another 60s and rainy day which I love, so I had that going for me.  Also, I’m in awe of the true cardiovascular fitness I have right now.  I’ve never finished a 20 mile run and not felt tired.  Sure, my glutes were cramping up at the end like they normally do.  Someday I’m going to be strong enough that my backside isn’t my running limiter, but that’s not this cycle. Spoiler alert: going to work on this for the rest of the year.

However, if I could have switched out my butt for a new one, I would have been fine to keep going.  I was barely breathing hard.  It felt like a short workout because it was under 4 hours.  I didn’t need to flop on the couch for the rest of the day and not brain, I needed about an hour and then massive amounts of food, and I was pretty much fine.  By the evening, I was walking normally and the next day my legs felt pretty much fine for my recovery ride.  If you told me I had another long run tomorrow I’d probably be alright with it.  Ironman training is cool. 🙂 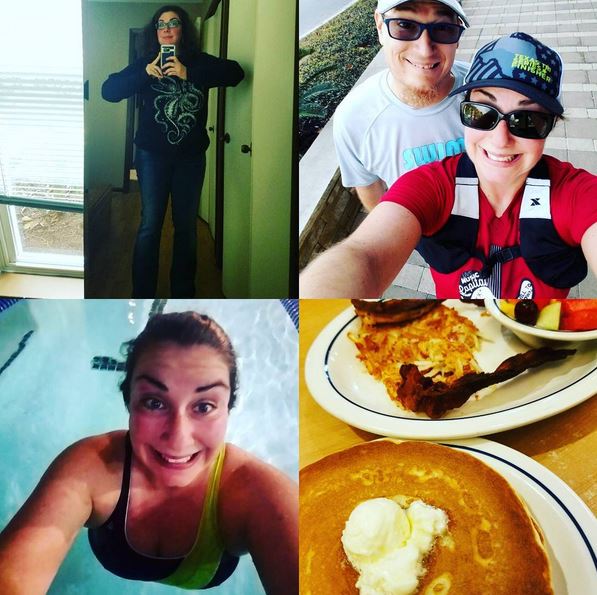 Today starts recovery week, and I’m happy for it, but more because of the mental break than the physical.  My body feels fit and ready for more, but I’m a little mentally exhausted.  Less hours and a weekend out of town shall hopefully set that right as rain for the last push before taper.

Should roll out to about 7.5 hours of very little intensity.  It’s a little run heavy but I don’t plan on bringing my bike camping, so it is what it is.  It’s all mostly going in the same tank at this point. 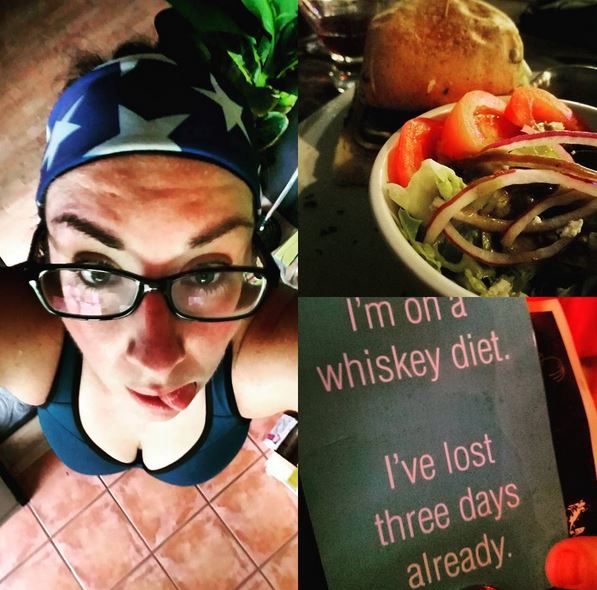 I’m excited for the time change… once about a week or two passes.  I love having the extra daylight after work to go bike, and lake swims are now an option… and we don’t always have to pack a headlamp to go run after work.  Also, just the sunset being later makes me happy.  I love when it’s 9am and still kind of light.

Here’s the thing though – I was just barely clawing my way to the point where waking up at the 7-something wasn’t sheer torture, and 6-something very very very occasionally is an option.  Now I’ve lost that hour.  Just getting up for work at the normal time today felt eaaaaarly.  At this point the options are a) aggressively try to switch my sleep schedule and deal with being tired for a week or two or b) embrace the PM stuff.  Since IM training already has me like a zombie, I’ll probably go with B most days.

Speaking of zombie – everything is crazy night now.  I feel like I can handle work being crazy with a normal training load.  I feel like I can handle IM training when work is just normal.  However, both of these at the same time + 3 social things + trying to finish up tri coach school = no time no time no time for anything, and CERTAINLY no brain.  Pretty much my days last week were a) train a lot b) have a revolving door of people outside my office all day and c) eat dinner at like 8:30pm and then try to relax for a few minutes before going to bed. 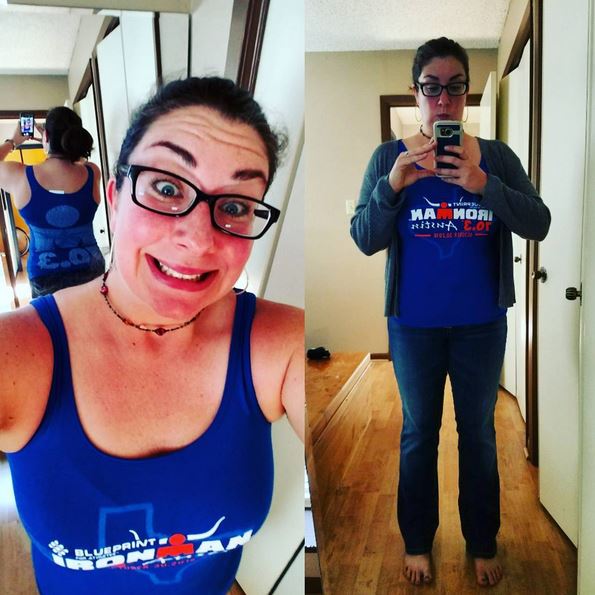 I didn’t track food.  I got through lunch on Tuesday and then all of a sudden it’s now Monday again.  I know, I know.  I’m just going to have to write it off at this point and start again today.  I was super tempted just to say fuck it and pick it up again after the IM, but I’m not going to.  Even if it’s spotty, it’s better to keep trying.  This week, being a rest week, means my appetite will be much higher, most likely, than my actual burn.  I will have to watch it with the calories.

My weight average last week was 187.6, which is technically down a little (0.4) since two weeks ago.  Considering it’s birthdaymas, I’m fine with this.  The battle between IM Training vs all the cake seems to be in a stalemate.  That’s better than one of the other alternatives.

Good news: I DID take my Tri Coach test yesterday and I PASSED!  I won’t brag about my score because I definitely didn’t get an A, but dang, that was super hard.  Some of the questions made me feel like they were trying to trick you into the wrong answer rather than testing your knowledge.  Some I think actually were just incorrect or had two options that were both correct (example – ideal run cadence is 90 – two options on the test were 85-90 and 90-95).  I was a little butthurt about it last night, but today I’m just like… whatever!   I passed.  That’s all I needed to do.  I’m done!  And now… I sit on this and do nothing until after IM Texas.

Since yesterday was the only day I had to actually do stuff, a bike ride/errands and the test took priority.  I finished at 9:30, ate dinner, and went to sleep.  I did not do my toes or brows.  I’m ok with it.  Maybe this week, but probably not.

Because… this weekend, we’re going camping!  So, the to-dos are:

And, on that note, off to conquer the week!