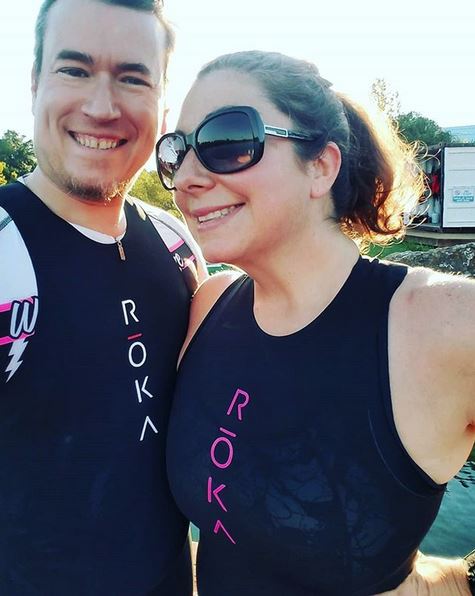 I keep bumping against the old instincts to feel self doubt.  Who am I to dare to dream?  Who am I to expect something extraordinary?

Then I go out and do shit like almost PR my standalone 5k run off the bike Sunday feeling like it’s a comfortably hard effort, and the next day notch my fastest time around the buoys twice on the swim… if not ever, at least in years.  I feel like a gorram tiger in a cage right now.  I actually skipped the run off the bike Tuesday because I had a feeling I might go out too hard and PR my mile time with the situation at hand.  The potential energy I feel right now is mystifying me.

I’ve also found a brand new decade on the scale.  Somehow, with very little time and attention during taper to logging and tracking diet quality (oops), I’ve journeyed to 160-town.  Just barely, but it’s enough that most of my clothing staples are now too long, too loose, or just plain look ridiculous on me.  I’m also finding that I often look in the mirror, wink at myself, and think, “hello lover, you’re looking mighty fine today”.  It’s a refreshing change from the constantly negative self-dialogue that’s been the norm the last few years.

I’m in the best freaking 70.3 shape of my freaking life, both mentally and physically.  I deserve to strive for an extraordinary day.  Me.  I do. 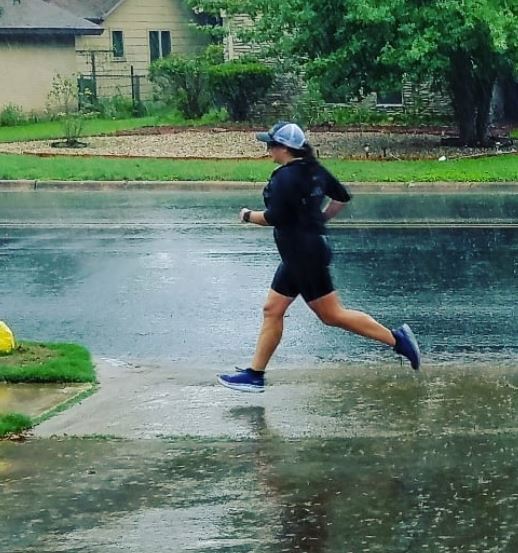 So, I head into this race with two thoughts: CONFIDENCE and COURAGE.  They might sound similar, but they represent two different aspects of racing to me.

CONFIDENCE is rolling up to the start line, clad as the woman in black, sizing everything up and planning my day of domination.  I’ve been feeding my head a lot of SWAGGER the last few weeks, trying to lose the self-deprecating humor I trend toward, the humility, and err on the side of being kind of an arrogant asshole, if only internally.  Yes, thank you, I *DO* look fucking awesome in my new one piece race kit, my sweet new Roka swim skin, my new aero WC helmet, on my fast Cervelo TT bike… things which I have finally earned the right, in my own head, to race with.  I’m  a motherfucking icon, boots made of python… something kicked in this cycle and I FINALLY FEEL WORTHY.

Of what, I’m not sure.  Of everything.  Of whatever I can take from the tip of a sword from this race day.  And it feels ABSOLUTELY FUCKING PHENOMENAL as a career “imposter syndrome” cadet.  It’s like a weight lifted.  Just like picking up a 20 lb kettlebell and having the realization that this was all on my friggin body in January, having the shitty mentality that I’m not good enough being gone for a few weeks feels like sudden relief.  Feels good man.  I don’t ever want to go back.

I’ve been working on my mental game for about a year now and the effects are finally settling in.  My race persona has some friggin’ swag on her!!!  Damn it feels good to be a gangsta.  However, I need to EARN that swagger if I’m going to keep it. 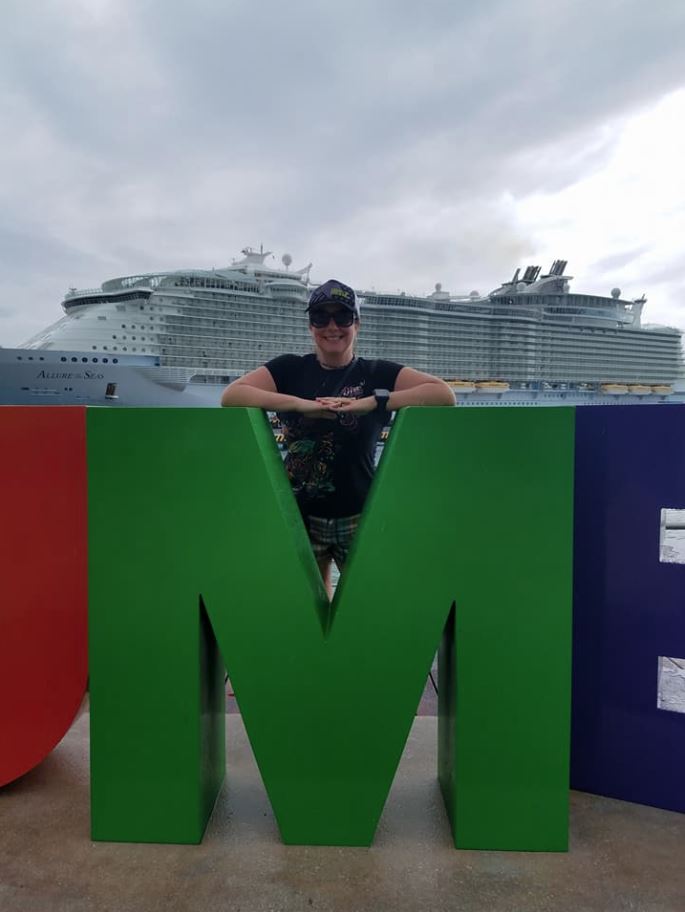 COURAGE is really my proving ground this race.  If confidence is being capable in the light, courage is being capable in the darkness.  To me, courage is standing at the abyss, the turning point of the race, facing myself, my fears, my inadequacies, and having the cojones to dive into the dark place, the untested place, where I have no proof where I’ll come out on the other side. Courage is not racing afraid of hurting, or trying to avoid discomfort, but standing at the start line with a smirk and sneering, “come at me, bro”.  Courage is sending a formally engraved invitation to my old friend pain.  When, not if, he arrives, I plan to throw open my door, invite him in, and share a glass of whiskey and a few rounds of fisticuffs to see who is weighed, measured, and found wanting.

If I could set ANY GOAL for this race, it’s not placement, nor time, nor process goals.  I know, weird, right?  What race do I show up to without a bullet point list of A/B/C/Z measuring sticks?  My biggest goal for this race is earning the right to look myself in the square in the eyes Sunday night and say, “I didn’t back down“, then and only then will I have succeeded at the highest degree.  I want to have faced whatever challenge the day presented and shouted, “NOT TODAY MOTHERF*$&ER” and persist right on through it, continuing to proclaim to the world that there are FOUR LIGHTS. 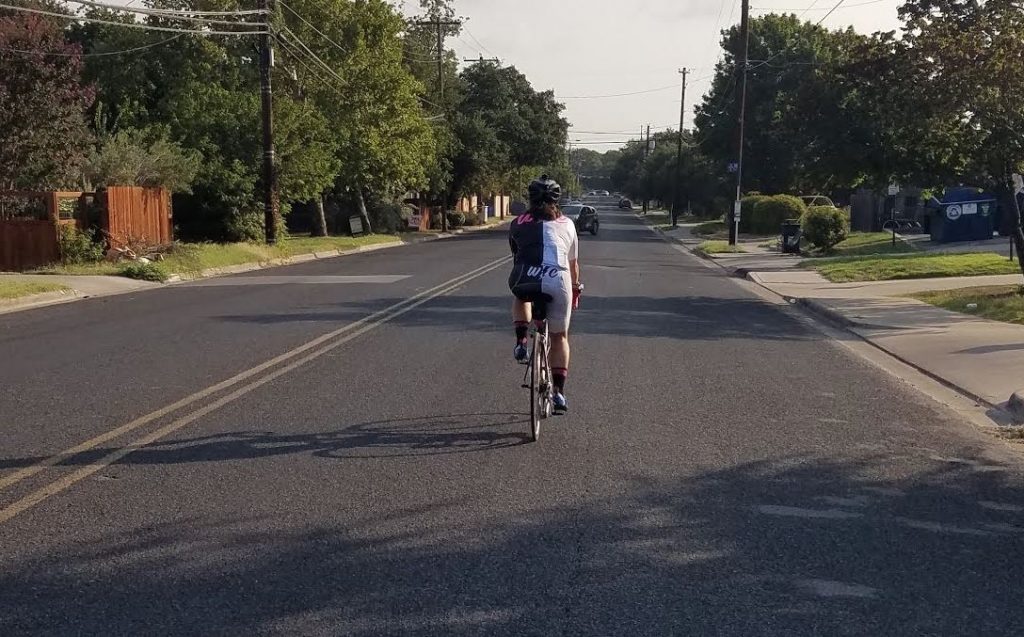 Normally here’s the point where I go through and lay out my race plan.  I mean, I have one.  You can’t logistically race a 70.3 winging it.  It’s probably worth immortalizing it in a few bullet points for the high points, so here we go:

I’m unexpectedly succinct this week, because I think that’s all she wrote.  It’s hard to put what’s different this time into words, what I’m feeling, what I’m thinking, but I hope to make good on a performance that seems like the culmination of  years of effort and progress.  I’m on the edge of a breakthrough.  I can almost touch it.  I will reach for it on Sunday with conviction.  Get ready, Cozumel, I’m gunning for you.