Second verse, same as the first, a little bit louder and a little bit worse. Seven days removed from giving everything in my pursuit of the finish line at 3M, I was ready to rip it all up once more at maximum effort. 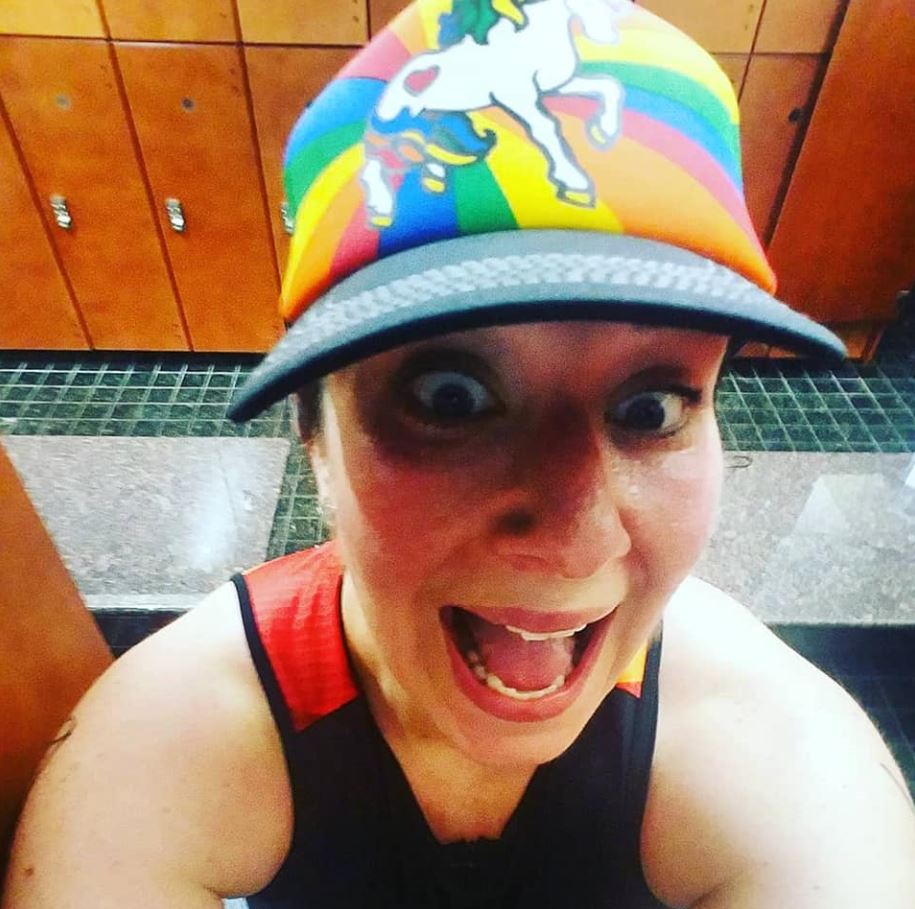 I’ve raced two, even three weeks in a row at times, so I know how to do this. Very little training during the week, check. Lots of rest, and a nice low stress work week, errr, big NOPE there. Proper nutrition, uhmmm, well, okay, I know HOW to do this well, even if maybe I didn’t follow my own advice in this particular instance.  I crashed into Friday feeling a little worn, but I knew I had most of the weekend to do myself well, as well as the benefit of racing in the last wave of the day at 11am (sleep, precious sleeeeep!).

Saturday was fantastic regardless of my sins and failures previous. I slept well until I woke naturally around 9:15, ate a bagel, and spent the morning lazing around until I finally hopped on the trainer.  The plan was twenty minutes with spinups every two minutes directly into a one mile run, easy with strides. In both instances, I had to keep telling myself, “slow down slow down SLOW DOWN, you need to save it for tomorrow.”

The leg beasts felt ready to roar the next day, which was encouraging, considering the week I’d had. I have some pretty steep goals: PR every leg from every single time I’ve done this race, even the crazy 8:30/mile pace I held many years ago when I was more of a runner. Should I achieve all of my lofty goals, I stashed a nice bottle of Baby Blue waiting in the cupboard for me to break my January resolution for one day only (whiskey and I decided it was best that we see other people after spending too much time together this fall).  Well, again, because I made the deal with myself for 3M.  Whatever motivates, right? 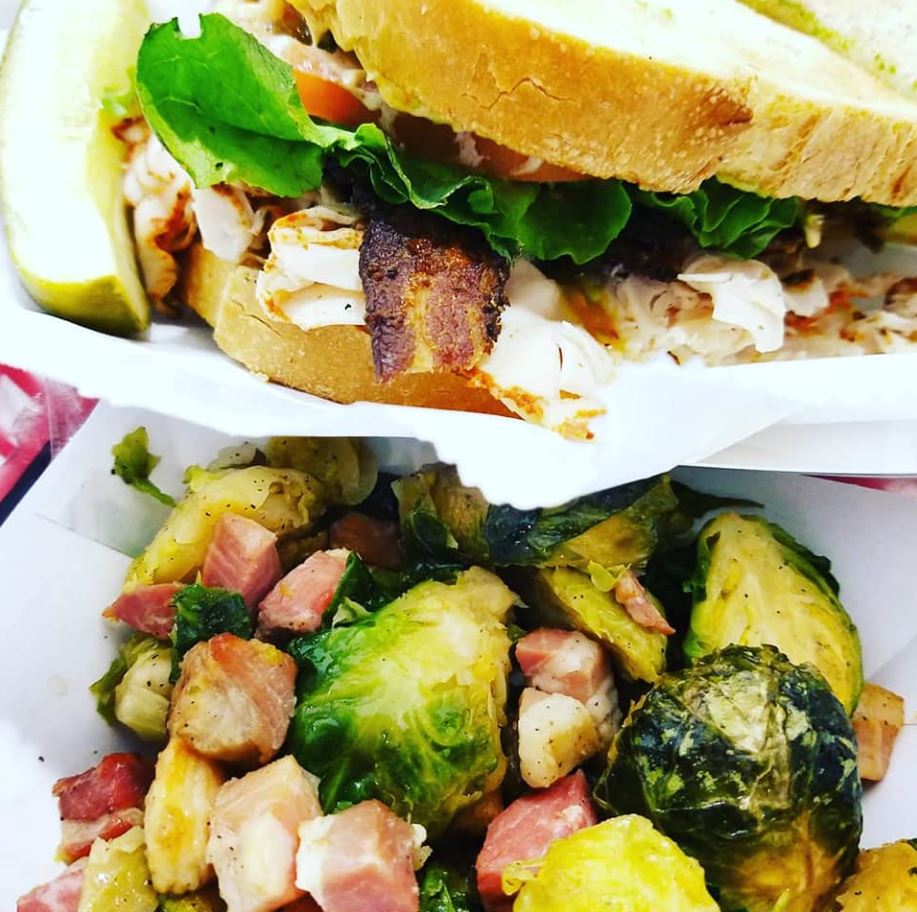 For posterity, I ate half a club sandwich + some brussels sprouts + some french fries for lunch, and chicken, potatoes, and a greek side salad for dinner.  I slept fantastically, 9 hours with over 4 hours of deep sleep.  While the days leading up may not have been stellar, I did Saturday right.

I woke around 8:30 (suuuuuch a luxury for a race day), and did things similarly to the week before.  Morning included a mini bagel with bacon and cream cheese (and everything bagel seasoning!), two cups of earl grey tea, two caff beans, a quick trainer ride, a quick foam roll, a short drive to Lifetime Fitness, and we were off to the races, literally.

I felt almost jittery from caffeine already (it doesn’t take much), but Zliten convinced me to take my watermelon rocket fuel anyway.  Wheeee! I planned to push the swim harder than I normally would due to the format. Typically, I like to use the first leg as a warmup and then go chase on the bike, but since you get points for your rankings for each sport and not just a finish time there’s a different strategy to employ.

I swam a consistent pace that kept me slightly out of breath and my comfort zone, but not too far (I wasn’t shattered at the end).  19.5 lengths has been my best so far, and I smashed my record by hitting the wall at 21 right as the clock hit 10 minutes.  This is kind of surprising as I have been in the pool very few times since Waco in October, and I also had to deal with some rando dude hopping in my lane late and smacking me repeatedly while he did the breaststroke the entire time. It’s okay, I’m used combat in open water, it was annoying but didn’t shake me up too much. 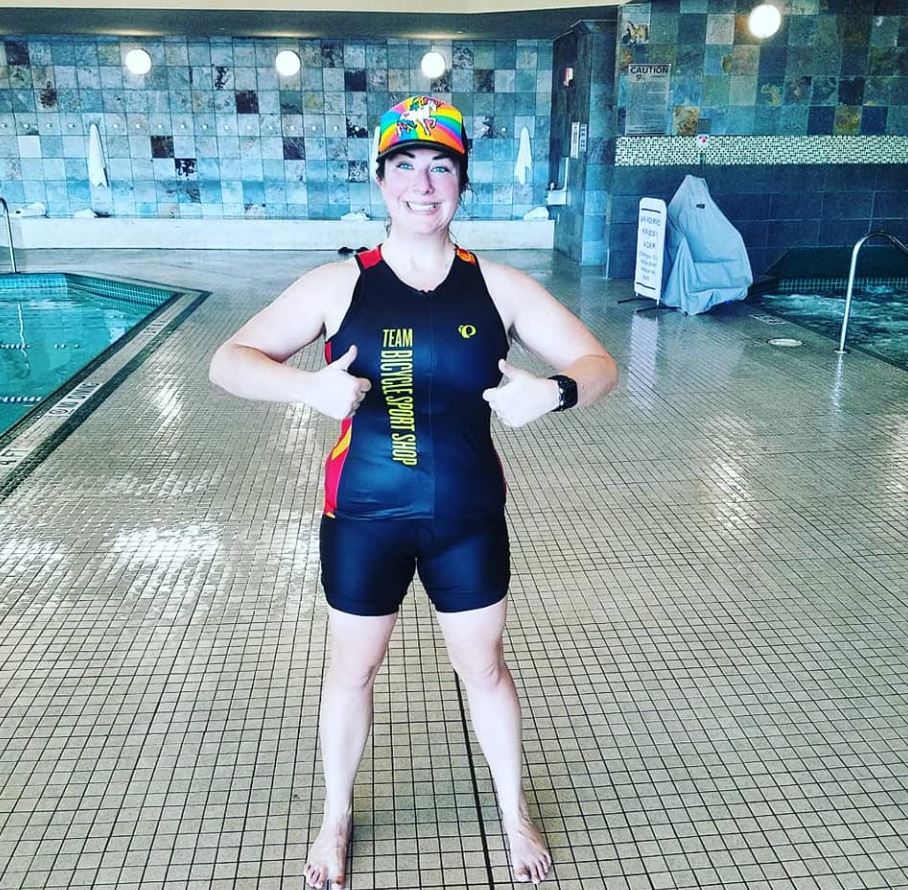 Unicorns, rainbows, stars, and SO MUCH CAFFEINE!

The transition was fairly uneventful, ten minutes sounds like a long time, but it’s always JUST ENOUGH, as it was this time as I started spinning while loading up my playlist as they counted down from 10, 9, 8…

This level of effort on the bike was unfamiliar as I’ve spent the last few months riding smiley pace with the only exception being the FTP test I took earlier this month. I tried to tap into that effort, willing my speed to stay where it needed to be (21 mph) to beat my best of 10.4 miles. It was really challenging, and I had to take a quick jog out of the saddle every few minutes to recover, but I hid inside my carefully cultivated playlist and worked through the pain of my lungs and legs burning and ended at 10.5 miles in 30 minutes.

Two legs down, two PRs, but diggity DANG I was already dusted and only had 5 minutes to transition (up and down some stairs and across the building), which got me to my treadmill with like 90 seconds to go and not feeling very ready to run, let alone run fast.

It would have been easy to back off on the run, but I decided to ride this wave of confidence I’ve been feeling and tell my brain to suck it up, buttercup because I COULD DO THIS.  I set the treadmill at the exact pace (7.0 with a wee sprint at the end) I needed to beat my best of 2.33 miles in 20 minutes. Through the first five minutes it felt oddly doable. The next three minutes felt like a long, painful hour. I actually took a itty bitty breather in the middle, stepping back to a more comfortable pace (6.5), letting my heart rate settle a bit, but quickly returned to where I needed to be within a few minutes and tucked in to the effort. With about five minutes to go, I started the increasing my speed to get to true puke pace to meet my goal. Doing some fuzzy math, I knew I was close.

So I gave it everything I had for the last few minutes and hung on as I crested 8, then 8.5 miles an hour. And when the clock ticked from 19:59 to 20:00, my mileage changed from 2.33 to 2.34.  For reference, 8:30 per mile is my standalone 5k PR pace from 10 years ago, which I also haven’t been able to beat since.  I jumped onto the sides of the treadmill as I hit pause and tucked my head between my knees for a minute because I. was. spent. 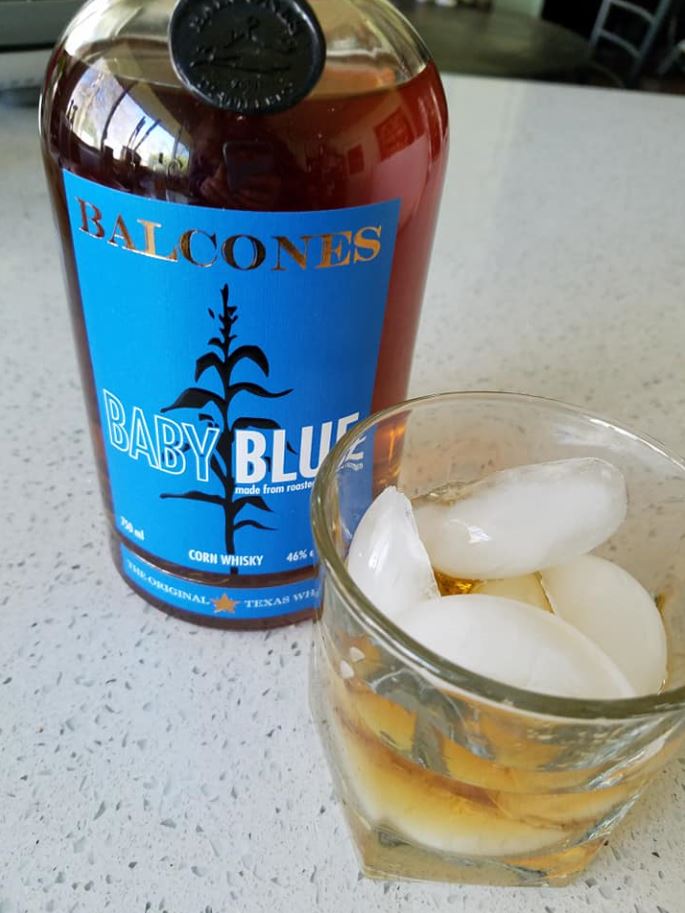 Victory whiskey!  Can’t lie that this popped in my head a few times when things got tough on the run...

I’ve done this race over five or six different years and I performed better on Sunday in each leg than I ever have before. This doesn’t sound like a huge deal, except I am probably the LEAST trained I’ve been going into this race, ever, and I’ve had some pretty bright moments before, especially that one run many many years ago.  I had ZERO EFFING CLUE how I was going to surpass than and  I DID IT, it just took some friggin’ mental fortitude.

I was incredibly excited to tick every ambitious box I set in front of myself.  I’m proud of what my body was able to do, but even more than that, I’m proud of my mind.  Confidence and courage are pretty magical things, along with stars and unicorns, and I have carried all those things with me through the last two weeks.  That’s all that really mattered to me that day.

However, I was also pleasantly surprised that my first race as a master (40+, even though I’m still 39, I’ll be 40 at the end of the year so it counts), I came out first in that division.  Even better, I was 3rd female overall, and 9th overall, and with 80+ people, that means I almost crested the top 10% of the entire race.  It was the cherry on the top of an amazing err… Sunday!

Now, it’s time to start getting real.  I have no idea where these last two weeks have come from, but it’s been a pleasant surprise that’s buoyed my already budding confidence.  If I can pull these results out of an untrained body but strong and confident mind, who knows what I can do with the same mental state and a few months of SPECIFIC training.  It’s time to eat the foods I should eat and not the ones I shouldn’t, lift the heavy things, and train short and fast for sprint triathlons this spring!