In 2013, I set monthly goals.  In retrospect, I really liked the idea of having monthly goals and checking in with myself on them monthly, for many reasons.

I’m a procrastinator.  Even if I pushed things like, “go make an eye appointment” to the end of the month, at least it got done.  Previously, I’d just let those hang out for months/years.

If I saw something appear over and over undone, it made me look at the undone thing and decide what was happening.  Was it just not enough of a priority (in which case, I should forget about it)?  Was something standing in my way I needed to resolve first?  Was it just not worth the time and effort investment (in which case, I should forget about it)?  Previously, I’d just get annoyed and go into a minor shame spiral about NOT BEING ABLE TO GET SHIT DONE.

I also have the memory of a goldfish.  If something is on a list, I’ll remember to at least consider doing it.

However, I didn’t love some things about it.  It was yet another list, which I have too many of on my blog.  I don’t need another.  Also, I tried the gimmick of 13 each month (in ’13) and found myself making stupid goals just to fill out the list.  Finally, it feels like I didn’t focus on all of my yearly goals each month, or at least consider how they fit into the plan.

So, this year, I’m going to try to do a monthly dialogue here.  A conversation over (decaf tea or) coffee as if I was catching up with an old friend on how my month had gone, and how I wanted my next one to go. 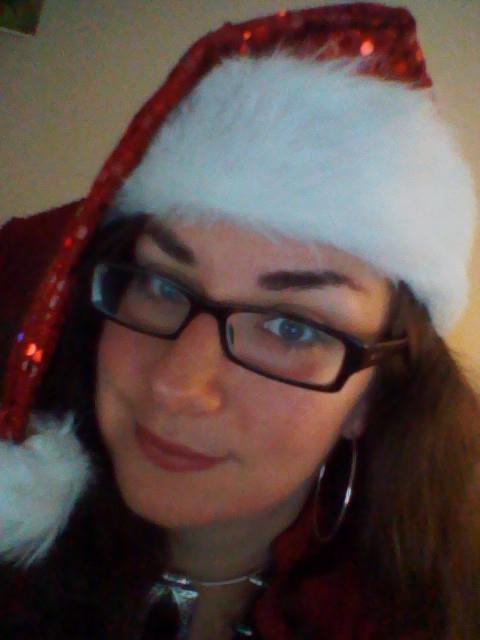 Ah, December.  I love the month because it means time off, Christmas and holidays, with the cheer, presents, twinkly lights, family, food, and fun.  I hate this month (ok, my waistline, training, and sleep schedule hate this month) because of deviation from routine, fun food, celebrations, letting go, and hiding in my hidey hole because it’s vacation.  Also, it goes from HAPPY FUN HOLIDAY straight into worst depressing awful yucky time of year so there’s that.  Post holiday blues, going from happy twinky lights to blah, bad allergies, cold weather, grey days, and all that nonsense.

I ran the marathon, I felt rebounded real quick (like, after about a week), and then I started training for 3M Half Marathon.  I was actually doing really, really well, hitting some really great paces for me, but then I got sick.  Not sick enough to really fuck shit up, but enough to disrupt my awesome weekend I had planned and then wreck my mojo for about a week after.  However, I still got in just about everything.

Then holiday break hit.  I did my best, but this last week was just a mess.  Too much to do, body finally hitting the breaking point with all the crap that’s being put in it food and booze-wise, and I have a lot of red (not complete) or yellow boxes (not completed as planned) on my schedule, and that’s not good for 1 week out of a 4 week + taper cycle.

It’s not all terrible – I did get one solid 10 miler in, plenty of 6 milers, and wrecked the crap out of some speedwork and tempos on the treadmill.  I dipped my toe into weights, but that’s about it, to wake up my abs and my arms and tell them they won’t be putty forever.  I also did another 110 mile trainer ride, just to remind my quads what would be to come this season.

The good news is that the scale doesn’t think I’m that terrible of a person.  On NYE, after not weighing regularly for a while and fearing for the worst, I weighed in at 176.  Now, I’ve seen a few numbers AFTER that day that don’t make me very happy, but I’m pretty sure that a week of drinking water (not wine), batch cooked healthy meals, and counting calories, and I’ll have this under control.

The other good news is I really, really enjoyed my happy fun break of hanging out with friends, playing games (video, board, and tabletop), reading, eating amazing food, cuddling my husband, and relaxing.  There was a point where I had no idea what day it was, and had no to do list.  That was refreshing, to just be and exist and not worry.  I miss it already.

A few things I didn’t get done that I wanted to: go use my iFly cert, finish (I started, but have a long way to go) my Savage Worlds story, and figure out a way to make the break longer. 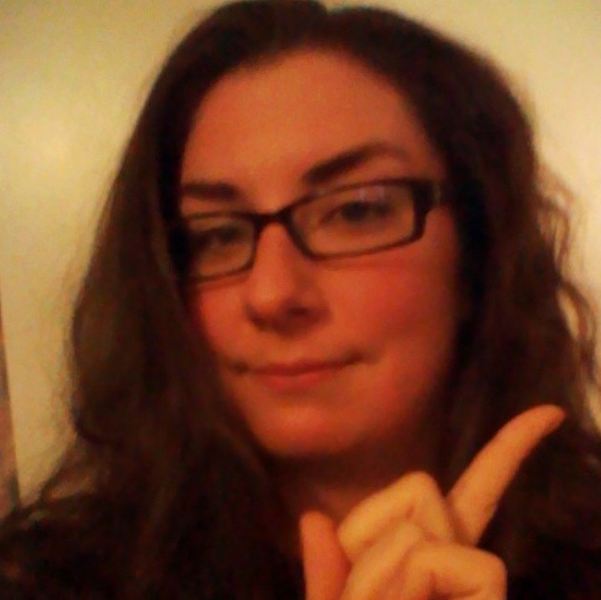 A new year, a new start.  2013 was generally awesome but had some sucktastic moments.  I love the new year, the calendar pages blank and ready to be scribbled upon, like new fallen snow… if I liked snow.  So far, it’s been a little rough transitioning from vacation to real life.  I don’t mind the routine, I actually like it, I just… am not quite ready for things to wratchet up to 11.  January has not been terribly kind thus far, but I’m hoping I’m through the worst of it, and we can call a do-over with a slower crescendo.

In terms of the sporty spice side of life, this month will have peaks and valleys.  In 1.5 weeks, I’m running 3M, my first race of the year, and the first half marathon I’ve race-raced since 2010, which happens to be my PR of 2:08:08.  Then, I plan on taking a week or two a little lax (honestly, my goal is to swim a shit ton since I have my new swimp3 player and it could use the kick start since I’ve swam TWICE since Kerrville), and then starting to ramp up for tri season.

I’m going to stay run-focused the first part of the year, but I’ll have to sacrifice some of that lovely hoka time for lovely bike (maybe some OUTSIDE) or lovely pool time.  It is really nice to be a triathlete right now that loves all 3 sports.  None of them are on my shit list, or in the doghouse.  I have a feeling it won’t take until February, and my guess is that either biking or swimming (or both) will reside there for a while while I shake off the maintenance cobwebs into real work, but it’s all part of the fun.

I have the first part of my season narrowed down to a sane racing schedule, now it’s time to just make sure it’s sane in terms of travel and money.  The plan is to do 2-3 half marathons early in the year to keep the legs sharp.  I want major run motivation, and I also really want a good shot to PR my half before summer hits.  I’ve got a few bike rides as well.  Neither of them are full centuries, but they’ll get me some nice outdoor miles.   Then, an April triathlon, one in May, and two in June.  I’m still debating distances, but it looks like one sprint, two x-50s (1 mile swim, 40 mile bike, and 9 mile run), and one either olympic or 70.3 (which is my season opener – otherwise the 70.3 would be a no-brainer).  I hope to get the registrations done this month, before a lot of them go up in price.

In terms of healthy eating, I’m enjoying the January cliche.  I fell off the wagon a bit, and now it’s time to jump back on.  I’m the most ready for this.  I miss good healthy food.  I batch cooked this weekend and now I have meals that are delicious and just a microwave oven away.  This month has to be strict for me.  Logging every calorie and diet quality score.  No sugar except on the bike.  I need an ass kicking to get myself back to… myself.

My weight is hanging out right now about 179.  So, I’m not going to make a numerical goal because I’ve seen that’s pointless, but if I follow everything above, it should equate to LESS.  I’m hoping significantly less.

In domestic affairs, my biggest goal is to get the house back in order.  Getting Christmas and NYE decorations down and stored (they’re down but not stored), cleaning out the refrigerator and freezer (again) to make my healthy food accessible and get rid of the junk, and keep the house (relatively) neat in between cleanings.  I’ve gotten a little better at this over 2013, but I could be better.

Thing of the month for January is replacing the front door.  New cracks appear in it every month as we slam it closed three times before it actually takes.  It’s time.  I’ll have to deal with having an ugly white door until we decide what to do with the exterior, but functionality is more important now.  A bonus goal?  Cleaning out my car.  I kept it SO clean for the first five years of it’s life but now it’s my junk bucket.  It will take 15 minutes to do, I just need to make it happen.

In social matters, January should be a nicely balanced month.  I have parent plans, friend plans, and game night or two on the horizon.  I definitely am going to need to take care to not get overextended though – my training volume isn’t high enough that I’m physically exhausted all the time, so I need to artificially engineer days of relaxation to keep the mental fatigue in check.

In social media – I need to be good about blackout days.  For example, Sunday at home.  This was harder than I expected.  I loaded it up, checked everything, closed it down…. and later in the day I had the itch… and caved.  It was much better than having it open all day though.  This is the big focus this month… not bending to the time-waster will.  On Sunday, I got a LOT of shit done that I might not have if I was tied to my laptop all day, so it was at least a partial win.

In general, my goal will be to get back into routine, and have it be just that by the end of the month.  Eating good food, following a training plan, getting back into old, good habits, and minus a few goals, saving the revolutionary stuff for another month.  Keeping a to do list (both at work and at home) so that when I have small chunks of free time, I don’t flail as much at being productive.  Y’know, that kind of goodness.

Thanks for indulging me, now it’s your turn!  Tell me… how was your December?  What do you hope to accomplish in January?