3M approaches, quicker than I’d like, actually, as I forgot how much work it takes to run fast.  It’s easy to equate longer distances and more hours as work, but ~20 hours a week of runs, less than 3.5 hours of actual running work, sounds like playtime to my ears.  Something fun to occupy my time during that weird time between the marathon and actual tri training starting, when I’m not  ready to succumb to the offseason, I thought this endeavor would be. 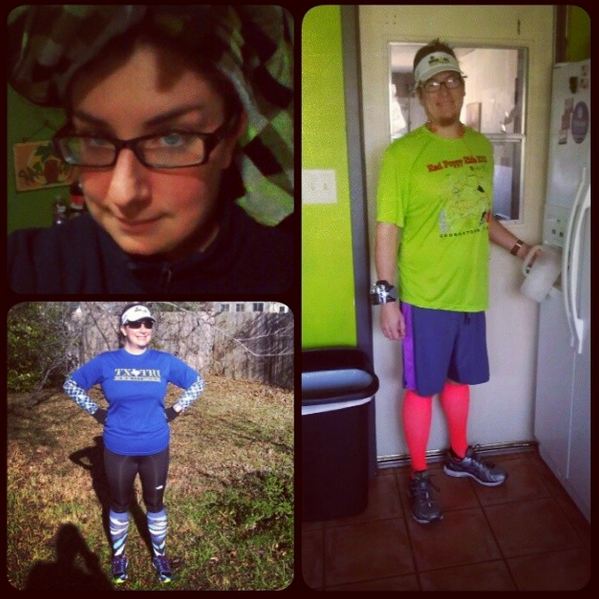 But I haven’t done the “every mile COUNTS” type plan in years, and I remember now that those ~20 miles, they are enough.  I’m fortunate to absolutely <3 speedwork in the form of 3×1600, 8×400, etc at some crazy fast pace.  This is fun to me.  I have no idea why I stopped doing these workouts, but never ever again.

I do remember why I gave up weekly tempo and faster long runs.  They hurt, without much relief.  When you’re in pain on mile 3 of 10 trying to run a pace you haven’t hit in 3 years, there’s not much light at the end of the tunnel.  When you’re pretty much weekly attempting to PR your 5 mile run time, it’s a far cry from those lovely jaunts outside just to get some miles in.  However, as they say, and I paraphrase, what’s hard is what will make you better in the long run, so I will suffer through them today so maybe when I toe the line Sunday, I’ll have a few extra ounces of toughness I can draw upon.

I am definitely in the Goldilocks situation though here with running.  The “no-speedwork and no specific goal besides miles” plan earlier this year was too cold.  The “every mile is calculated out to an exact specific goal pace” is too hot.  I need something that’s just right – a mix between specific goal paces/tough workouts, and sessions that are “just go run 10 happy fun miles easy”.

This year will be about figuring out the balance.  I know the ratio is supposed to be 80 easy/20 hard, but you also need to have enough volume to make that work, which right now, we don’t, so I think there is something to rotating between sports, setting one at maintenance levels (right now, swimming), one working towards distance (right now, bike, sort of), and one working towards speed (right now, run).  It seems to be working thus far, as I am a WAY better runner than I was 4 months ago, and I know I’ve lost just a little in the pool and on the bike, things that seem (and I hope very much) will come back quickly, slower than the nice winter base of running (and running fast) fades.

But, bringing it around to what happens this weekend, my first race of 2014 is a half marathon.  A downhill half marathon, in what looks like to be just about stupid perfect temperatures (45 degrees, cloudy but no rain, not much wind). If I was hitting my workouts perfectly, training for a sub-2, this would be the half marathon in which to do it.

However, my training has not been perfect.  I missed or had to downgrade quite a few runs because I was sick and/or holiday stuff.  I’ve only done two 10 mile runs, and neither of them were at the 9:40 min/miles that is supposed to be my long run pace for a sub-2.  I’ve missed a few runs.  However, the silver lining is I’ve been able to attack a 5 mile tempo each week @ 8:55 pace or below.  I’ve hit every speedwork session on the money.  It’s just when I have to move the belt myself, aka, outside and not on the treadmill, is when I choke.  I can’t quite remember the pace without my mechanical friend. 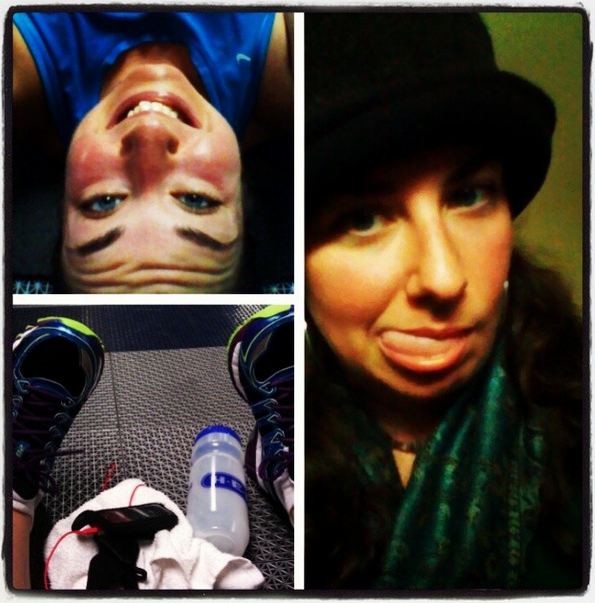 And I’m out of time.  What I was hoping would be 1-2 tempos on the treadmill and my legs would remember the paces outside just didn’t pan out, because magic doesn’t always happen in a short training cycle in which you catch the plague and get distracted by the holidays.  What I cannot sneeze at is that I have seen some major improvements, and if you would have told tri-season ’13 me that I’d be running around 10 min/mile pace regularly outside and not dying, I would have giggled with glee.  But I’m somewhere between that “most improved kid, fall 2013” and “ready to run my sub-2”.

The man with the hammer seems to have missed me on the treadmill, but has caught me about mile 3-4 on most of my outdoor runs.

So with that in mind, what’s the plan?

The good news is my body has been telling me pretty early how it feels on runs, and 13 miles isn’t terribly long to me right now – it’s the paces that are killing me right now, not the miles, my legs are absorbing those just fine.  Even accounting for some race day happy puppy, I don’t think I’ll start out too quick, and most runs, the last few miles have been the best.  Also, my body’s felt pretty rough the last 2-3 weeks due to holiday sludge, which is not a silver lining in and of itself, but it won’t be a shock if the whole run sucks, like it was at the marathon.

I intended to go completely balls out into this race, but I’m not sure my training and body condition supports that.  However, I don’t want to risk having the day of my life and sandbagging it, so I think this plan strikes a good middle balance.

I’m also having trouble with the wardrobe choices – mostly the shoes.  I ran one week with the hokas, and one week with the Asics.  The Hokas feel like wonderful little trampolines, and my feet feel cuddled, protected, and I’m not feeling like I am being held back by them (I ran speedwork, a tempo, and two outdoor 6ers).  The Asics do feel sexy, light, and extremely comfortable, but my heel was aching a bit by mile 9 of the outdoor run.  Hokas, I know I’ll be comfortable the entire time, but I don’t have enough experience in either of them to know what I’ll feel like at the end, or if racing in the Hokas will leave some speed on the table.  I’m still not sure yet.

The other factors in what sort of a day I might have is allergies (I was knocked out Saturday, and better this week, but still experiencing symptoms).   I’m planning not to spend much time outside this week, but cedar is supposed to be killer and not letting up for a while.  Also, nutrition.  I’m still working my way through detoxing all the holiday junk out of my body, and I’m hoping 2 weeks of being a good little girl is enough to feel like myself on race day.

I haven’t had the stars align to have a better-than-expected race in quite a while, so I’ll totally take it if it comes my way, but I’m also ready to fight for just squeaking by with a PR and suffering the entire time.  T minus 5 until I toe the line and face that evil, nasty man with the hammer.