Sometime around January 18th, I remember thinking… hmmm, my hip feels a little cranky after today’s run.  I should keep an eye on that.  Today is February 19th, and we’re just starting to see the light. 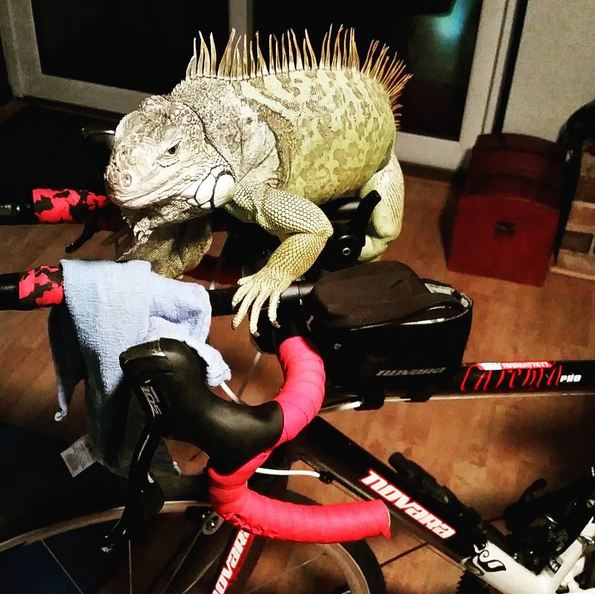 Which means I’ve had to do more of this than I’d like.

Things I’ve done since then:

Week 1: attempted to ignore it and still continue to run every day, but much lower mileage and easy pace.  It was still very minor and I figured it would go away quickly.

End of week 1: race a half marathon and be completely and totally exhausted after… hip was a little cranky to start the race but felt ok during and after… til the next morning.

Week 2: Took the week COMPLETELY off running, just 5 hours of biking and swimming (clocking my longest swim evar with 7300-ish meters, woo!).  Saw the chiropractor and she affirmed my decision to give it a rest for this week.  I felt good about being conservative with my hip and by Sunday, it felt pretty healed.

Week 3: Decided to move to the 3-day per week training run program.  Hip slightly cranky to start each run but feels alright during and after – I complete an easy 4 miler, a life-affirming 4 mile tempo with 1 mile warmup/cooldown, and a darn decent 18 miler, as well as some cross training.  Felt like things were getting back to normal.

Week 4: Hip doesn’t feel great to start this week.  I made it through the run on Monday and still by Thursday my hip hates me.  I see the chiropractor and she pokes and prods it again and says nothing serious is wrong, it’s core instability and this is the weird way it’s manifesting.  At first I find it hard to believe, but then I realize a) how many times I’ve put “do the dozen” on my weekly list and failed and b) biking outdoors and swimming both help core and I’ve not done much of either since October.

This week, week 5, it’s Friday.  I’m now 4 weeks and 5 days from the first twinge and I STILL had to cut a run short yesterday morning. The good news is that I’m re-evaluating everything in my life and sorting it into two categories – is it good for the hip or bad for the hip?  I’m making changes to the way I sit at work, at home, sleep, and I’m being thorough about warmup, icing, stretching, and rolling.  Totally things I should be doing anyway but it being at the forefront of my mind will hopefully help me not slack on this stuff again.  Just finally today I’m feeling the fruits of my labor here.

The bad news is that in the last 4 weeks I’ve had miserably low running miles and things have gone from meh to bad to ok to worse to hopefully improving but not great yet.  To be fair, until about a week ago, we were just playing the wait and hope it will go away game, but it’s definitely not encouraging to have babied it this much and still be having issues.  I’ve ran 7 times in the last month.  That’s not much for marathon training season. 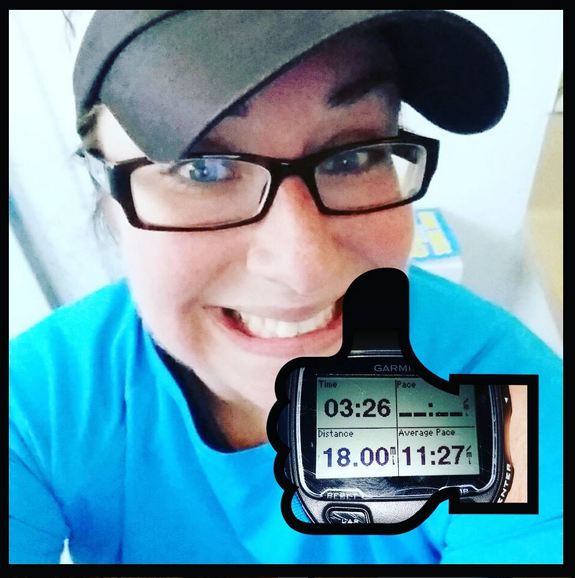 My big run this block, and the last time I was really, like, *smiles*

So, I’m kind of irrationally terrified and my brain goes stupid places when that happens.

Terrified that since a medical professional said nothing is really wrong, that I shouldn’t just be pushing through this and training normally.  If it might not be healed by the marathon, I might as well be better trained, right?

Terrified that maybe something is really wrong and even running a few times a week is doing bad things.  I really want to do this marathon, but not at the cost of being laid up for months.

Terrified that on so little training, even if I am feeling healthy March 5th, it’s a bad idea to run this race.

Terrified that somehow I subconsciously wanted to get injured so this race has an asterisk (excuse for not doing well).  “Well, I didn’t PR but I’m just happy I was able to run with my hip.”  That kind of shit.

Terrified that being physically weak will make me mentally weak during the race.

What I can do is wake up every morning and decide to make the best decisions I can with the information I have.  Yesterday’s workout call was to run easy and short and bike and stretch and roll instead of a 5 mile tempo.  So far, that call seems to be a good one considering how things are feeling today.

Today’s work call was to take a lot of walks and try not to stay at my desk for too long without a break and for the love of all that’s dear and fluffy, sit like a normal human being in a chair.  Today’s sleeping call is to try to do whatever the heck I did for the last two nights, because I woke up without pain (legs curled up instead of one sprawled, I think).

Also, while I still can be terrified, I’m trying to keep in my head advice I gave to someone else yesterday: the body doesn’t forget that easily.  I’m not laid up flat on my back.  I’m still running some miles, and running them pretty fast.  Over the last 4 months I’ve put together some nice weeks of training.  I just have to take this one home a bit more conservatively than I would like.

The other awesome thing is that I care.  I’m pissed I’m not running.  In November, I may have just been tempted to just say fuck it and walk away.  I do actually want to start this race.  I would like my 6th shot at a marathon PR.  I care about getting to that finish line and getting my stupid medal and t-shirt and all that jazz.  That’s something.

The Hard Stuff and Staycationing