Getting ready to dance at my party. 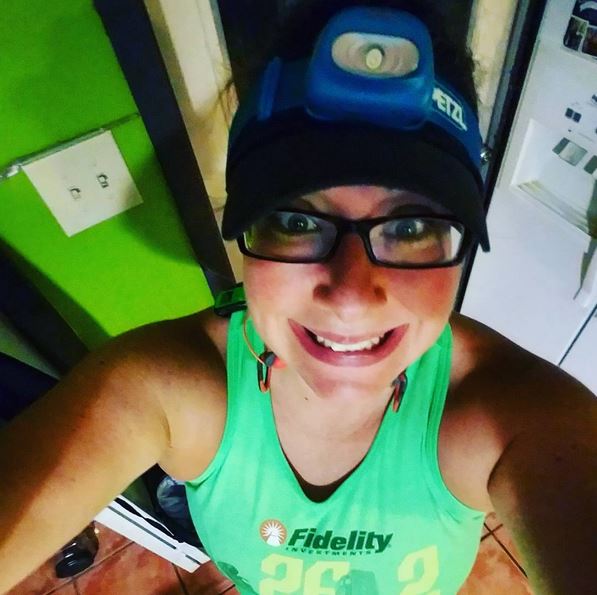 I’m not a morning person.  You know it’s serious business when the headlamp comes out.

This time last week, I was feeling extremely fatigued.  I had no idea how I was going to get through a week involving a 14 mile run (longest run since March 5), and my long brick (55 miles bike/10k), when I felt absolutely flattened on Monday after a day of rest.  I was feeling pretty much the opposite of confident about this whole half ironman training and racing thing.  I’ll finish because that’s what I do, but I felt like I’m not nearly at the form I am at this point in the cycle.

I skipped some training and added a recovery ride on Sunday to do errands, but somehow still ended up with almost 11 hours.  I’ll take it.  This last week, it was about two things:

Intentions met.  Besides all the normal supporting workouts, I was able to complete said 14 mile run and long brick within 2 days of each other.  Thursday morning’s long run was an exercise in sheer mental toughness.  I didn’t really enjoy any step of it besides the one I took in the door after finishing.  It was hot, I was tired, I was sore, and the miles went on forever.  And honestly, I’ve had races that felt easier.  However, I finished.  I didn’t walk.  I’ll pull on that one on race day.  If I can do that on a random weekday and then go to work all day, I can do it as the last leg of my race and then sit on my ass for a week.

The brick felt a little less terrible, but still wasn’t a walk in the park.  The bike was actually really pleasant.  We rode with a group of people from our tri team, and I actually kept feeling stronger over the miles, which is normal for me when I’m on bike form, so there’s that.  It was hot when we started running, and silly me picked a really hilly route (there’s more elevation change in one of the miles I ran than the whole 70.3 course), but I was STILL able to maintain race pace for the 10k.  I had no confidence that I was going to be able to keep up the pace at a mile in, but I freaking did it.  It should be much easier on the flat course, with support, *hopefully* on a slightly cooler day.  But even if it isn’t – I’ve conquered it before.

I just need to dig on that stuff during race day.  I need to remember that it will not always be this way if it’s bad (if it’s good, I’ll let myself believe it will).  How I feel at mile 1 of the run, even if it’s bad, doesn’t mean I won’t be able to hold pace at mile 12.  Even if every step is painful, I can still do what I need to do because I’ve done it before.  My brain tends to give up before my body so maybe I’ll be able to tell it “not this time”.   Even if I’m not sure I remember the steps sometimes, I’m ready to dance at my party. 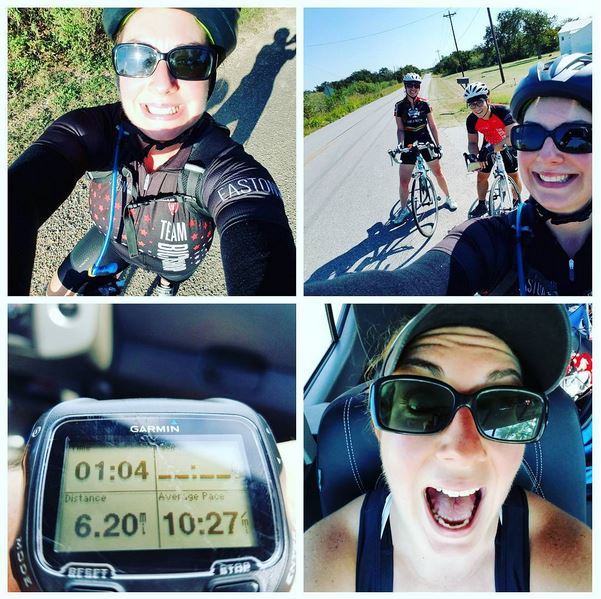 Those steps are at a time signature of under 10:30 per mile after a hilly 56 mile bike ride.  Let’s hope I can master them by race day.

And now, it’s officially taper.  The next three weeks are going to be focused on:

This week’s plan, which can change at any point:

Other than training and work, it was mostly eat and sleep, as a good peak week should be.  And while it was probably a little boring, I actually feel much better mentally, so it works out!  Highlights (and one lowlight) of the week: 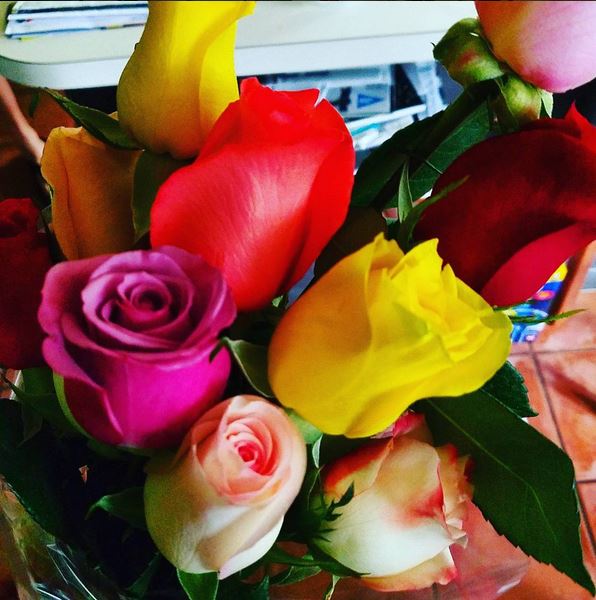 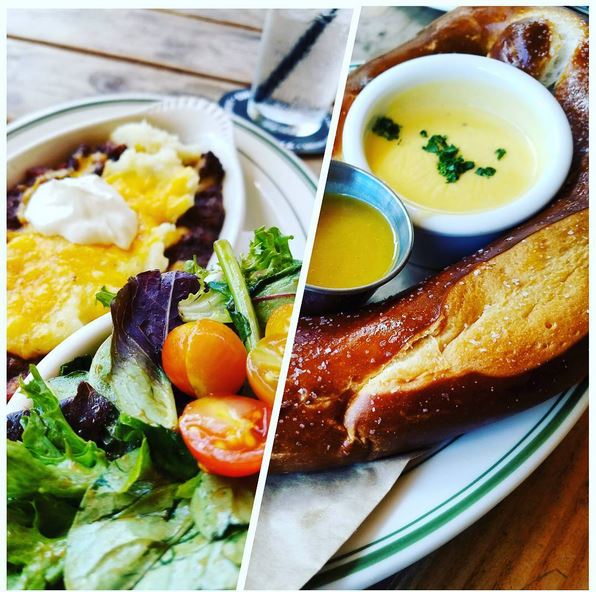 Instead of a fridge picture, here’s a giant pretzel and shepard’s pie and salad for lunch after the long run.  Considering some of my options, it was decent carbs and protein (dumpster option: fish and chips – I resisted).

I’ll call it a pretty successful week and we can all move forward with our Mondays, shall we?

It will not always be this way.