That pun always makes me chuckle, and it seems even more timely right now… because I’ve finally discovered News Room and am devouring it.  And, also, election year, politics, yadda yadda.

But, unless congress, I can say I’ve made a little progress this week.  Though, there is definitely a long way to go to get where I want, that’s what the second week of January is all about – now that I’ve got just a little inertia, it’s time to keep building on it. 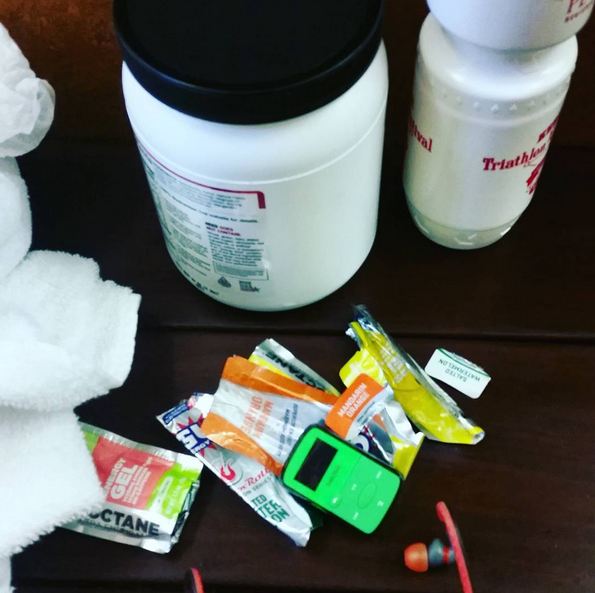 The aftermath of almost 3 hours on the treadmill…

Goals for last week are below…

I feel like I did alright here.  I ended up being about 5 miles short of the minimum I wanted to do.  I don’t have a GREAT excuse here.  I ran every day, I just cut some runs shorter than planned – all my easy days during the week were 3, when I had planned for more like 5.  Getting back on a normal schedule is rough.  I definitely wasn’t getting up in the morning for this.  Lunches were full of stuff to do (or not enough time to leave the office between meetings).  So, I ran every day after work – either at the gym or with a headlamp outside.

The upside is that I had two pretty key sessions.  Tuesday was a great tempo run – holding half marathon pace for 4.5 miles and not feeling completely gassed after.  Saturday, the air was trying to kill me with cedar pollen, but I was able to get through a 15 mile treadmill run.  Three things made this bearable – two caff gels to kill the allergy haze, netflixing bad 90s movies on my phone, and a 1/3 mile-ish (one song) pickup to about 9:45-10 minute mile pace even mile after 3.

I did weights on Tuesday and broke my “no leg weights during marathon training rule” and regretted it.  I stretched and rolled a few times but I’m sure I didn’t get every day.  I FINALLY got back in the water after months on Friday and felt so great I got back in again after my long run Saturday.  Just 5-10 mins of swimming after a run brought my legs back to life.  Amazing how I forget this every year.

This is the week where I declare cross training a thing in my life again.  I don’t think I’m going to be popping out of bed and springing out into the cold to run before work yet, but I can get up 15 minutes earlier and stretch, do my dozen, or ride the trainer, and maybe eventually build to running an easy 3 soon. 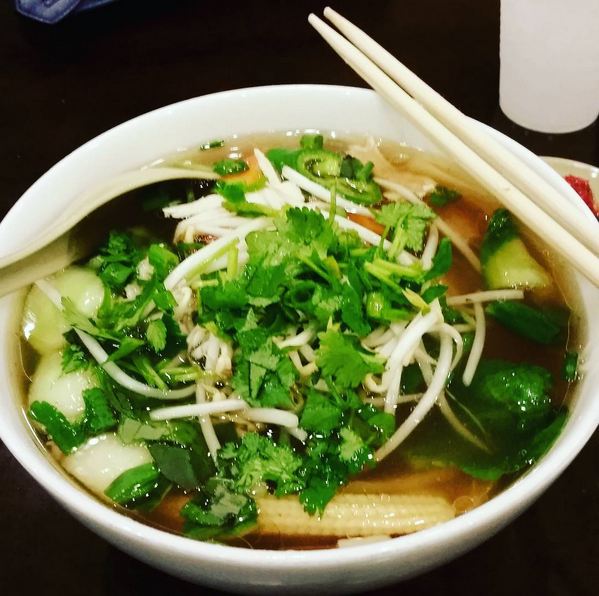 When this is one of your unplanned meals out, you’re probably doing ok.

I rocked this.  While I ate out two more times than expected, the food I got was well within the boundaries of my eating plan.

At this point, I figure the best way to go about this is pay attention to two things: a) my macros and b) the amount of calories fitbit says I should eat.  I’ve got my intake set to -500 calories a day, which, in theory, shouldn’t completely kill my training as long as I’m careful, and also take off a lb a week (though I’m not counting on the rate of loss, I’d just like to see a downward trend).

I also know it takes me 3-ish weeks for my body to stop being a stubborn asshole and resisting change, but if I can suffer through that, I should start seeing the progress I’m seeking.

These should probably look similar because they are.  The only changes are subtle, like trying to have a more substantial snack before workouts.  I’m sure it will help with my actual performance, and I cut a few of those runs short because I was about to start gnawing my arm off.  I’ve realized the only way for me to really make progress is by measuring, and for me, that’s daily weighing.  It wasn’t pretty today, but you have to start somewhere. 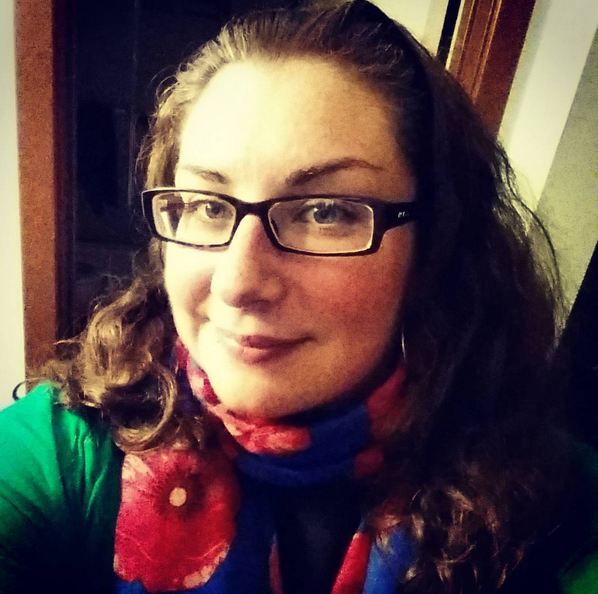 Well, some of it.  I definitely got some game time in at work.  I set up a weekly to do list and it helped us remember some things I think we would have spaced otherwise.  I didn’t get any home gaming time in, but I made some progress on my book and we finished a page in the coloring book and picked out a new one.

We made conscious decision to indulge in some wine on Wednesday night instead of abstaining, and actually had a little more than I wanted (which is why that whole section is a fail for the week even though I drank responsibly on Saturday).  The upshot of calorie tracking is that I had to own it, and make it work – which meant counting half of it one day, and half the next.  Already being calories down for the day made me cranky and hungry for TWO days, so I don’t think I’ll be pulling that shit again for a while.

What else do I want to do?

Most of these are self explanatory, but let’s talk about that one that probably make me lose some respect in the eyes of all the healthy peeps.  I don’t do caffeine, I don’t have a huge sweet tooth, but I do have a little nicotine (which, if you examine it alone, away from the other nasty stuff in cigarettes, it’s pretty similar).  The happy thing is that I got a new e-cig set up that is so clean, my lungs feel unaffected by using it.  The bad thing is that without the drawbacks, and while I’ve been trying to control my appetite to hit those diet goals, I’ve gotten used to puffing on the thing every day.

Honestly, I don’t love the idea of being addicted to anything, so it’s time to take baby steps back from it, just on principle.  This week, M/W/F/Su, I will not have any e-cig.  If I’m having diet intake issues, I’ll just have to tough it out with other coping mechanisms.

Overall, this week, I just want to continue the work of inertia, take baby steps towards the places I want to be (and away from the places I don’t), and continue to be enjoy the present.

Second week.  Harder than the first because the honeymoon is over and it’s still hard.  Are you on track with getting where you want to be?

If I was a rich girl…