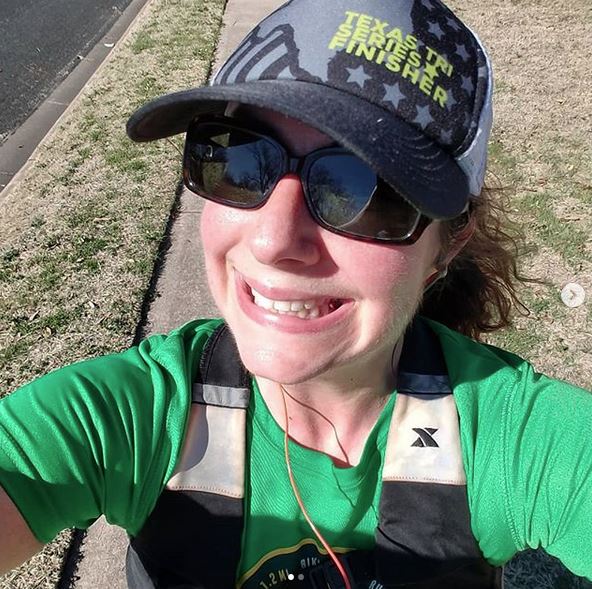 For various reasons, life is doing a me a crazy right now, but it looks like it will all resolve itself by the end of January, one way or another.  For now, I’m going to make this a quickie check in post and save the more involved topics for later.

I’m doing my best to take care of my health in ways that I haven’t been motivated to do in months, marking the transition from #offseason to #preseason.  I’ve cut back on booze.  I’ve been tracking my food and eating more veggies.  I’ve tried to rest, however, between allergies, things weighing on my mind both heavy and exciting, and also my body just not used to being rested (either fatigued from workouts or being an idiot), I’ve been having difficulty getting to sleep and staying asleep.

I’m seeing wild variances in my weight on days where I sleep and don’t sleep well, so hopefully once things calm down and my training normalizes, I’ll start seeing some progress.  I am familiar with the process, my weight is a general collective summary of what I’ve done in the past month or so, and I still have weeks of holiday eating to temper with Snap Kitchen and a reasonable deficit.  My weight is settling in around 167-173 (post long run vs morning after eating a larger late dinner), so I’m not too far gone from where I was when I last raced.  All in all, I’m about 2-3 lbs up from Waco weight in 2 months, which is still on average about 18 lbs down from this time last year.

On a day by day basis sometime I feel like this puppers, but overall, it’s peace and I know progress will start soon if I am patient and persistent.  I need to keep tracking my goals and I’ll get there.

Also, I haven’t started the year this light since perhaps 2010, so that’s had some interesting effects on my training.  I’ve run less times since October 28th than I can count on both hands, but I’ve settled into a nice place where 10:30/mile, give or take, is my happy easy pace.  I did 10 miles there the first weekend of January and it felt like a warm hug, at least a warm hug with some muscle soreness.  My legs are lacking the strength and base to sustain a lot of miles right now.  I’m currently pursuing a crash course to meet the minimum goal of finishing a half marathon, but for each run I undertake, I seem to be as good as I once was.

On Saturday, I did all sorts of stupid shit.  First of all, the week before the race, I ran my longest training run, clocking 12 miles.  My Clifton 1s arrived a few days before, so I took on those miles in brand new shoes, which is a HUGE faux pas.  Nevertheless, with a new playlist, mind addled with WAY too many things on it, and squeaky kicks, I started to pound the pavement and found that my turnover and cadence felt AMAZING and the paces on my watch agreed.

At first, I started to pull back when I saw myself running 9 minute miles, but then I decided to have some effing confidence and stick with it.  While I won’t try to fool myself and say the entire run was easy peasy lemon squeezy, it certainly wasn’t race effort and I ran the 12 miles approximately at my half marathon PR pace, y’know, the one I’ve been trying desperately to crack since November 2010.  I spent the first half in my head working through all the various things rattling around up there, and then the last half, I let the effort surpass those mental machinations.  By the time it got hard I was so close to the end, I just stuck with it and even negative split that mother.  It was one of those magical runs that gives you the tingles when you think about it.

I’m excited to toe the line this weekend and see if there’s a second effort in there in that same zip code.  Instead of the hot and humid we had last year, the pendulum has swung the opposite direction and it should be one of the coldest mornings on record (in the 20s, possibly feels-like-teens with windchill).  I know that when I’m running, I’ll be fine, I just have to prepare properly for pre- and post-race layers.  I have no expectations on the time on the clock when I finish but I do have a little more optimism than I did a few weeks ago about heading into a race so undertrained.

There have been swims, there have been weights (once a week each), and I did conquer a FTP (functional threshold power) last week.  My previous measurement right in the thick of training mid-summer last year was 179 watts.  Considering that test was probably the last speedwork I have done as I was ramping up for a half ironman, I absolutely knew it had faded a bit.  I decided to aim for 160 watts, and I ended up with an FTP of exactly 160 watts, knowing I could have pushed harder.  I’m pretty chill with a loss of 19 watts considering it’s pre-season.  I’m hoping that next month, my watts will be above my weight because their trajectories should be bisecting each other soon.

I’ve spent the majority of the rest of my free time focused on some nerdy shit.  I’m finished off a fantastic Sci Fi book series – Space Team – at least until more are written, which inspired me over the break to write a choose your own adventure (they’re a bit out of order but the text is there) in the same style and possibly explore penning something longer form as well.  I’m marathoning a fantastic show called Critical Role, where voice actors play Dungeons&Dragons, and I’m hooked.  I’m currently reading some books in the Lit RPG classification (books where tabletop role playing game players end up IN the game), previously Creatures&Caverns and my current books are Spells, Swords, & Stealth.

I’m also leaning into the ridiculousness of my Bard character in OUR tabletop game.  I’ve started writing session recaps in my character’s voice (which is fantastic writing practice and just plain fun to do), getting really into the story’s investigations like woah, and just coming up with clever and crazy shit.  It’s amusing me to no end, and anything that makes me smile this much is something worth doing in my book.

I’m 100% eyes wide open that this is an escape into fantasy land because real life feels kind of heavy right now.  I wrestled with it for a while, but I’ve got no shame following this path because it feels like something I should do.  In the last few months, I’ve become more engaged in my writing, enjoying “costuming” myself, and I’ve picked up music again.  I feel like some of the ludicrous things I do and plan to do during these sessions are also great exercises in confidence, taking risks, and practice in asking forgiveness not permission, which will be key in some other things I need to conquer this year.

Actually, screw forgiveness as well.  I don’t need to be sorry for the things that I am.  I just need to forge ahead and let things fall in my wake as they may as long as my conscience is sound. 2019 is about telling the haters in my head, those negative evil voices that say that I’m taking up too much space in the world, telling all that noise and nonsense to kindly take a long walk off a short pier.